I have been blogging about companies replacing American tech workers with  immigrants who have the H-1B  or the L-1B visas, at much lower salaries. Organizations resort to this tactic to improve their bottom line in order to please their shareholders, Wall Street, investors and business news pundits. It doesn’t hurt that the top level managers can then set their salaries with high percentage raise increases along with huge bonuses.

To my mind, this is lazy management. The foundation that companies construct becomes fools gold when they are so focused on their bottom line at the expense of their customers and their employees. The investors, shareholders and Wall Street and business news pundits will end up paying the price for enabling and even encouraging business executives with this bottom line insular thinking.

Currently, it is important for the American worker to figure out what are the presidential candidates’ stances on the issue of the H-1B visas. And, I bet that they have already figured out the answer. Both presidential nominee hopefuls, the democrat Senator Bernie Sanders and the republican Donald Trump are in favor of major reforms or the outright elimination of the H-1B visa program. The remaining field of presidential nominee contenders have a history of wavering in their thinking about this program or for being in favor of it. However, recently Senator Marco Rubio seems to be channeling Donald Trump’s attitude. In the 10/2015 republican debate, while Senator Rubio defended his policy in favor of increasing the annual allotment of “stem” foreign worker visas, he added the caveat of requiring companies that want to hire specialized, skilled foreign workers to first advertise the job for 180 days to ensure Americans have an opportunity to apply for the job first. He would also obligate the companies to prove that they are going to pay these people more than they would pay Americans, so that U.S workers are not being undercut by companies bringing in cheap labor.  What belies his words, is his“Gang of Eight” amnesty bill with Sen. Chuck Schumer (D-NY) which would have massively increased H-1B visas, as would legislation Rubio is currently pushing in this Congress—the I-Squared bill.  Senator Ted Cruz wants to have a moratorium on issuing any additional foreign worker H-1B visas until every company hiring them has been audited. He has also co-sponsored a H-1B reform bill with Senator Jeff Sessions which has merit.

My next question has to do with how do these type of companies treat the H-1B visa worker? I was able to find  an employee with the H-1B visa, self-reporting in 2015, on her case in Quora.com, as Anonymous. Here is her story:

“I am an H-1B holder. I came to the US as a student and then graduated to find a job at a Big 4 consulting firm. But reality hit me when I found out that the first set of people to be laid off when some sort of outsourcing happens is the H-1B’s – this could be because of the additional costs associated with people like me, plus the hassle. We are talking 2008-2009.” 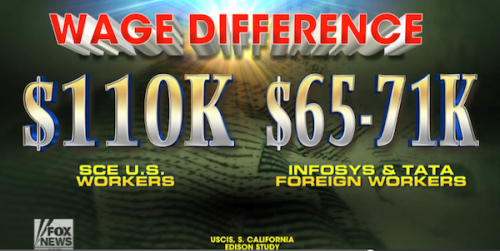 “I quickly moved on and found a position with an “IT company” who would transfer my H1-B, but take a cut out of the money I get paid from my client and take care of my insurance. I agreed to it although he practically did nothing for the 40k he made per year on me every year except process my payroll and file my H-1B (something I paid for – this is illegal under present law, but there is no way to prove that he paid it himself).”

“This was 2009. He said he started my Green card process. 2010 – he said he needs my paperwork to file for my green card. 2011 – he said there was an audit and USCIS was conducting some sort of a background check on the people who applied for the jobs when he posted a job for the PERM. PERM is a process to test the labor market and make sure an American doesn’t lose out on a job and that I am not displacing anyone. I am pretty sure I was not displacing an American, simply because I have been doing this for close to 8 years; if there were Americans in the market for this skill, I wouldn’t be getting paid a quarter million per year.”

“2012 – he actually files for my green card. I was shocked; I had no idea what was going on because I did not have access to my paperwork. So I sat on my hands for 3 years thinking my green card application was initiated and was in progress, but it wasn’t. There is a good reason for this delay. The longer he waits to file for my green card, the longer I will be his slave, and the longer he can make money on me.”

“This practice is very common even with larger companies. Immigration lawyers, along with certain corporations and politicians, are in a nexus to allow for this discrimination against American workers and H-1B employees.”

“American workers are displaced by H-1B employees because we will work under any conditions because otherwise we will be out of status in the US. Corporations do not have this sort of leverage against American employees. Immigration lawyers’ gravy train will run dry if we get green cards, hence they want more H-1B’s. Hence for YEARS they have been pushing for MORE H-1B’s while ignoring the displacement of American workers and abuse of H-1B’s.”

“This question should be titled differently. H1-B visa abuse is synonymous with domestic American worker abuse.”

“PS – the reason I am anonymous is because I am still on an H-1B (10 years now, I cannot believe this but it’s true) and waiting to get a green card. I am dependent on my employer to be in the country. An employer whose only contribution to my career in the last several years is to pick up phone calls from the lawyers’ office that my “immigration papers have arrived”. 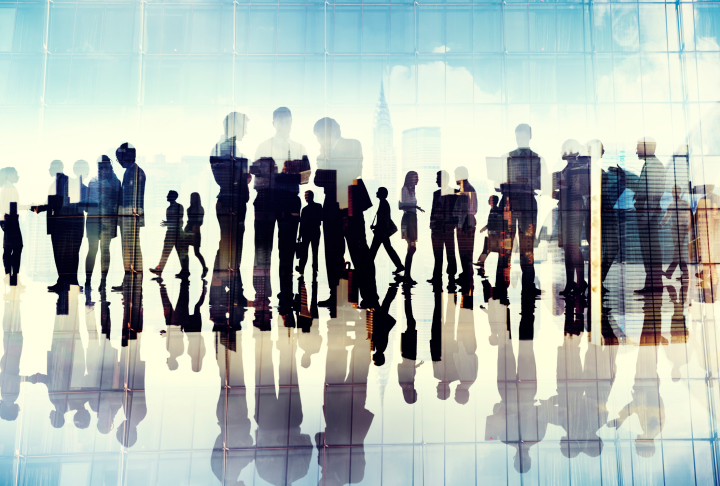 “Someone just asked me – why cannot I leave now, now that my green card process has changed? Let me answer.”

“CURRENTLY THE WAIT TIME FOR AN INDIAN TO GET A GREEN CARD IS 70 YEARS.”

H-1B Expert: Marco Rubio Fakes Opposition to H-1B ...http://www.breitbart.com/…/h-1b-expert-marco-rubio-fakes-opposition…Oct 30, 2015 – [When] asked again to comment or explain his position on the H-1b … Marco Rubio wants to expand the number of H1B visas…

Rubio, H-1B visas and lost STEM jobs | TheHill thehill.com/blogs/…/261456-rubio-h-1b-visas-and-lost-stem-jobs…Nov 30, 2015 – The best question at a Rubio event in Iowa came from a man who drove 300 miles … Szlachta asked Rubio to clarify his position on the visas…