On 3/8/17, republicans of US House will be maneuvering to pass their Obamacare replacement measure without having it scored by the (CBO), the Congressional Budget Office. That means no one will know how much it will cost the American taxpayers or how how many will lose their insurance.

For those who are active in the resistance, keep making those contacts.

THE INDIVISIBLE GUIDE: Read the text of the how-to anti-Trump manual 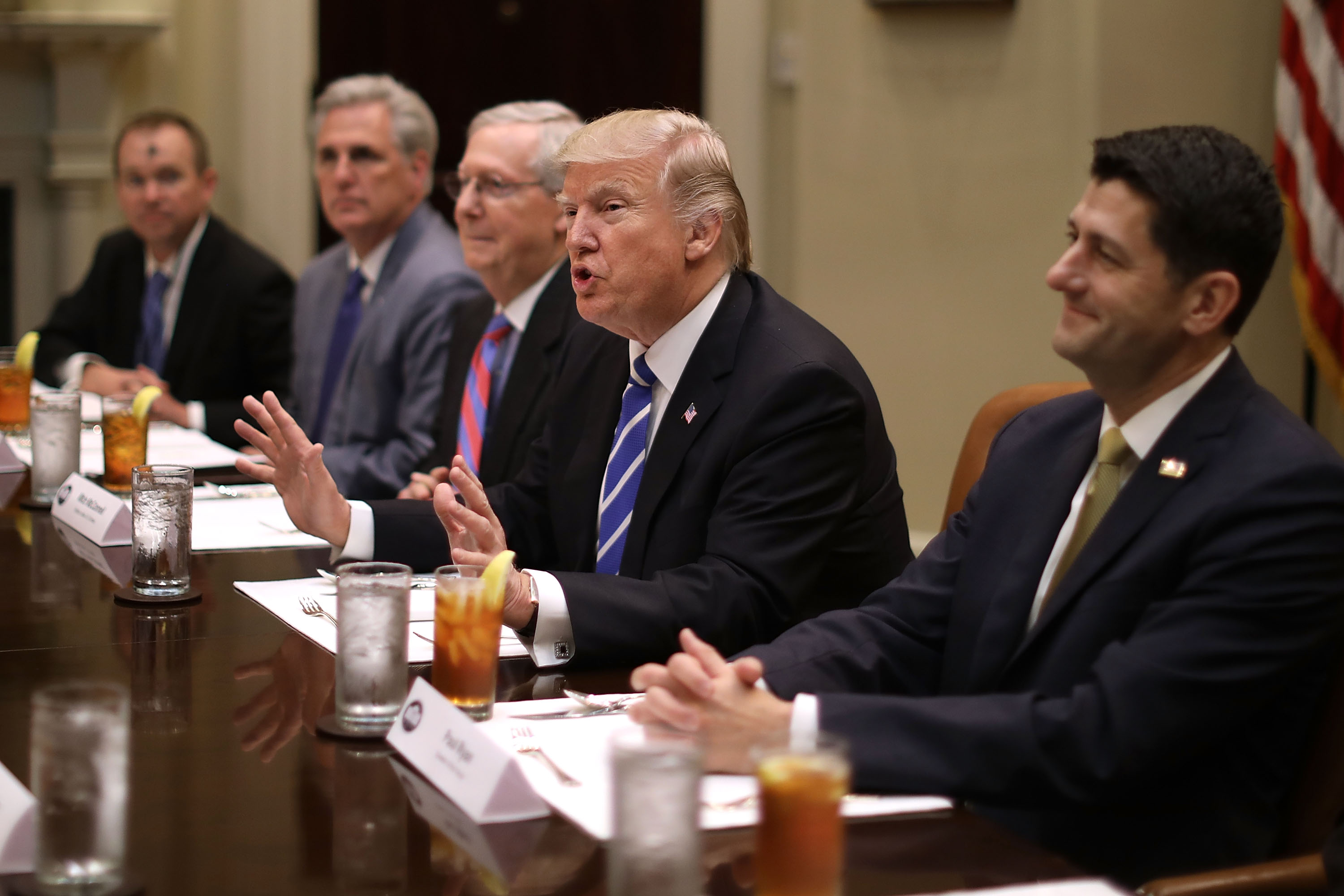 Here’s the skinny on the details…

On 3/7/17, James Hohmann with Breanne Deppisch of the Washington Post penned the following article, “The Daily 202: Two big things missing from House GOP Obamacare replacement: cost and how many will lose coverage.”

THE BIG IDEA: The devil is always in the details. After years of waiting on Republicans to outline how they will translate talking points into reality, two House committees last night posted the specific language of legislation to repeal and replace the Affordable Care Act. (The Ways and Means draft is here. The Energy and Commerce draft is here.)

“The proposals let people stay on their parents’ plans until they turn 26 and forbid insurers from denying coverage or charging more to people with preexisting conditions. There would be no more individual mandate, but to prod people to pay for coverage insurers would be given permission to impose a surcharge of 30 percent on customers who have a gap between plans.”

— “But here’s the rub: We don’t know how many people will lose coverage or how much this might blow up the deficit over time. What was released last night has not been scored by the nonpartisan Congressional Budget Office. This is a big deal because both House committees with jurisdiction plan to take up the legislation tomorrow and advance the overhaul without this kind of formal analysis.”

“House GOP leadership created a “frequently asked questions” web site to accompany the draft legislation. One question is, “How are you paying for this plan? How much is it going to cost taxpayers?” This is the answer in full: “We are still discussing details, but we are committed to repealing Obamacare and replacing it with fiscally responsible policies that restore the free market and protect taxpayers.”

— “What we do know from the drafts is that there are huge tax breaks for some of the richest Americans:”

“Households at the top of the U.S. income ladder would see taxes on their wages and investments drop under the House Republicans’ new health-care proposal,”the Wall Street Journal’s Richard Rubin notes. “As expected, the bill repeals a 3.8% tax on investment income and a 0.9% tax on wages. Both levies affect only the highest-earning households, those individuals making at least $200,000 and married couples making more than $250,000.”

“The Republican plan (also) includes a tax break for insurance company executives making over $500,000 per year,” Buzzfeed’s Paul McLeod observes. “Companies can generally deduct employee salaries as a business expense but in 2013 the ACA capped the deductions on health insurance executive salaries at $500,000. The average compensation for top health insurance executives is in the millions. In 2014 the left-leaning Institute for Policy Studies found that this cap generated $72 million in additional tax revenue.” The draft explicitly eliminates the cap, so the more insurance companies pay their executives the less they will pay in taxes.”

— “Policy experts bemoan the lack of a CBO score.”

“From a health economist who teaches at Boston University and does work for the Department of Veterans Affairs:”

“After a first read, a health care expert linked to Brookings estimates that 15 million people could lose coverage:”

— “Reconciliation is a hurdle. Normally, getting rid of Obamacare would require 60 votes in the Senate. Because Republicans only have 52 seats, they’re using the budget process known as reconciliation (which requires only a simple majority) to get this through. But the rules of the chamber require that any bill passed by reconciliation cannot increase the deficit after it first 10 years in effect. This may force some compromises.”

— “House Republicans are defending the process, arguing that bills regularly go through the markup process without a formal CBO score. (Kevin Brady and Greg Walden, the committee chairmen who released the drafts, tout their proposal in an op-ed.)”

— “Progressives are attacking Republicans for hypocrisy. They say we’re talking about an overhaul of a sector that accounts for one-fifth of the economy without a clear sense of the consequences.”

“From the head of the Center for American Progress (who would’ve been on the shortlist to be HHS secretary under Hillary Clinton):”

“An editor at ThinkProgress:”

— “Individual tax credits, designed to replace the federal insurance subsidy, will be tied to age and income. “The tax credits outlined by the Ways and Means Committee’s portion of the legislation incorporate an approach that Republicans have criticized: income-based aid to help Americans afford health coverage,”Amy Goldstein, Mike DeBonis and Kelsey Snell report. “Until now, the GOP had been intending to veer away from the ACA subsidies that help poor and middle-class people obtain insurance, insisting that the size of tax credits with which they planned to replace the subsidies should be based entirely on people’s ages and not their incomes. But the drafts propose refundable tax credits that would hinge on earnings as well as age — providing bigger credits for older and poorer Americans.”

“Other key elements of the draft bill:”

“Why conservatives didn’t want to take income into account: It requires getting the IRS involved to verify assets, which means more government employees are involved.”

“So why the change? The income-based phase-out of the credit allows the GOP plan to be funded without taxes on employer-provided insurance that had been considered earlier in the drafting process.”

— “Medicaid costs will be pushed toward the states over time. The Medicaid expansion would stop in 2020, for all intents and purposes. The program would set a per capita cap on funding to states, depending on how many people are enrolled. This could potentially be a problem in the Senate, where four Republicans yesterday promised to oppose any bill that would hurt expansion states. “We will not support a plan that does not include stability for Medicaid expansion populations or flexibility for states,” Rob Portman (Ohio), Shelley Moore Capito (W.Va.), Cory Gardner (Colo.) and Lisa Murkowski (Alaska) wrote.” 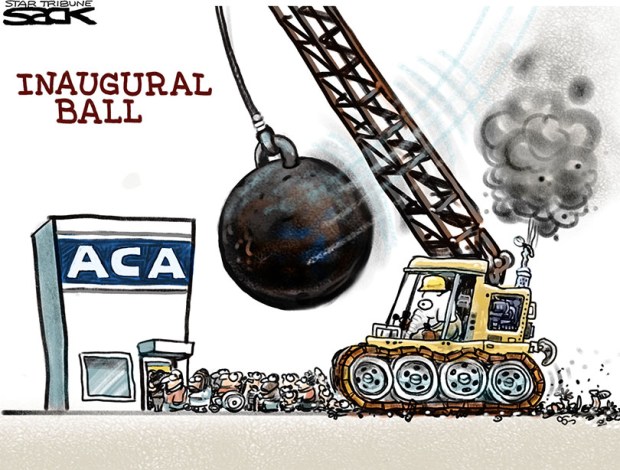 — “Planned Parenthood gets defunded. The bill makes the women’s health organization, which receives about $500 million annually in federal funding, ineligible for Medicaid reimbursements or federal family planning grants. This could prompt one or two female GOP senators to defect. Moderates note that there’s already a ban on using federal funds to pay for abortions. Planned Parenthood provides routine medical care to millions of women – care that is jeopardized under the House plan.”

“The White House recently offered Planned Parenthood a deal: Its funding can stay if it stops performing work related to abortions, Maggie Haberman scooped in the NY Times. The group firmly rejected this. “In private discussions with people close to Planned Parenthood, White House officials have suggested that there could even be an increase in federal earmarks,” Haberman reports.”

“Ivanka Trump has been trying to save the group’s funding stream from social conservatives, urging her father to go gently. The president took heat during the campaign for praising some of the work Planned Parenthood does, even as he opposed taxpayer funding for abortions.”

“Trump embraced the House bills, which his team consulted on:”

From a CNBC reporter:

— Prominent conservatives in the House panned the drafts:

The chairman of the Freedom Caucus:

— “In the Senate, where Republicans can only afford two defections, Rand Paul called the draft legislation “Obamacare Lite!”

From a Republican ad-maker and consultant: