Okay, it’s happening. Today, the Washington Post has confirmed that the republican President Donald Trump is now being specifically investigated by the FBI Special Counsel Robert Mueller III for “Obstruction of Justice” charges.

“The special counsel overseeing the investigation into Russia’s role in the 2016 election is interviewing senior intelligence officials as part of a widening probe that now includes an examination of whether President Trump attempted to obstruct justice, officials said.”

“The move by Special Counsel Robert S. Mueller III to investigate Trump’s own conduct marks a major turning point in the nearly year-old FBI investigation, which until recently focused on Russian meddling during the presidential campaign and on whether there was any coordination between the Trump campaign and the Kremlin. Investigators have also been looking for any evidence of possible financial crimes among Trump associates, officials said.”

“Trump had received private assurances from former FBI Director James Comey starting in January that he was not personally under investigation. Officials say that changed shortly after Comey’s firing.”

“Five people briefed on the requests, who spoke on condition of anonymity because they were not authorized to discuss the matter publicly, said Daniel Coats, the current director of national intelligence, Adm. Mike Rogers, head of the National Security Agency, and Rogers’ recently departed deputy, Richard Ledgett, agreed to be interviewed by Mueller’s investigators as early as this week. The investigation has been cloaked in secrecy and it’s unclear how many others have been questioned by the FBI.”

“The White House now refers all questions about the Russia investigation to Trump’s personal lawyer, Marc Kasowitz. “The FBI leak of information regarding the President is outrageous, inexcusable and illegal,” said Mark Corallo, a spokesman for Kasowitz.”

“The officials said Coats, Rogers and Ledgett would appear voluntarily, though it remains unclear whether they will describe in full their conversations with Trump and other top officials, or will be directed by the White House to invoke executive privilege. It is doubtful the White House could ultimately use executive privilege to try to block them from speaking to Mueller’s investigators. Experts point out that the Supreme Court ruled during the Watergate scandal that officials cannot use privilege to withhold evidence in criminal prosecutions.”

“The obstruction of justice investigation into the president began days after Comey was fired on May 9, according to people familiar with the matter. Mueller’s office has now taken up that work, and the preliminary interviews scheduled with intelligence officials indicate his team is actively pursuing potential witnesses inside and outside the government.”

“The interviews suggest Mueller sees the attempted obstruction of justice question as more than just a “he said, he said” dispute between the president and the fired FBI director, an official said.”

“Probing the president for possible crimes is a complicated affair, even if convincing evidence of a crime is found. The Justice Department has long held that it would not be appropriate to indict a sitting president. Instead, experts say the onus would be on Congress to review any findings of criminal misconduct and then decide whether to initiate impeachment proceedings.” omey confirmed publicly in congressional testimony on March 20 that the bureau was investigating possible coordination between the Trump campaign and the Russians. 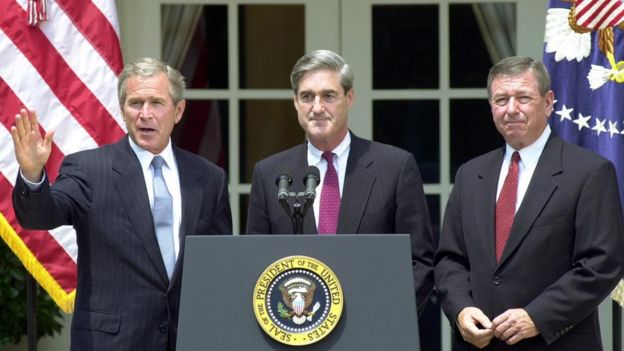 “Comey’s statement before the House Intelligence Committee upset Trump, who has repeatedly denied that any coordination with the Russians took place. Trump had wanted Comey to disclose publicly that he wasn’t personally under investigation but the FBI director refused to do so.”

“Soon after, Trump spoke to Coats and Rogers about the Russia investigation.”

“Officials said one of the exchanges of potential interest to Mueller took place on March 22, less than a week after Coats was confirmed by the Senate to serve as the nation’s top intelligence official.

Coats was attending a briefing at the White House together with officials from several other government agencies. When the briefing ended, as The Post previously reported, Trump asked everyone to leave the room except for Coats and CIA Director Mike Pompeo.”

“Coats told associates that Trump had asked him if he could intervene with Comey to get the bureau to back off its focus on former national security adviser Michael Flynn in its Russia probe, according to officials. Coats later told lawmakers that he never felt pressured to intervene.” “A day or two after the March 22 meeting, Trump telephoned Coats and Rogers to separately ask them to issue public statements denying the existence of any evidence of coordination between his campaign and the Russian government.”

Coats and Rogers refused to comply with the president’s requests, officials said.

It is unclear whether Ledgett had direct contact with Trump or other top officials about the Russia probe, but he wrote an internal NSA memo documenting the president’s phone call with Rogers.”

As part of the probe, the special counsel has also gathered Comey’s written accounts of his conversations with Trump. The president has accused Comey of lying about those encounters.

Mueller is overseeing a host of investigations involving people who are or were in Trump’s orbit, people familiar with the probe said. The investigation is examining possible contacts with Russian operatives as well as any suspicious financial activity related to those individuals.

“Last week, Comey told the Senate Intelligence Committee that he had informed Trump that there was no investigation of the president’s personal conduct, at least while he was leading the FBI.”

“Comey’s carefully worded comments, and those of Andrew McCabe, who took over as acting FBI director, suggested to some officials that a probe of Trump for attempted obstruction may have been launched after Comey’s departure, particularly in light of Trump’s alleged statements regarding Flynn.”

“Accounts by Comey and other officials of their conversations with the president could become central pieces of evidence if Mueller decides to pursue an obstruction case.”

“Investigators will also look for any statements the president may have made publicly and privately to people outside the government about his reasons for firing Comey and his concerns about the Russia probe and other related investigations, people familiar with the matter said.”

“Comey testified before the Senate Intelligence Committee last week that he was certain his firing was due to the president’s concerns about the Russia probe, rather than over his handling of a now-closed FBI investigation into Hillary Clinton’s use of a private email server as secretary of state, as the White House had initially asserted. “It’s my judgment that I was fired because of the Russia investigation,” Comey said. “I was fired, in some way, to change – or the endeavor was to change the way the Russia investigation was being conducted.”

“The fired FBI director said ultimately it was up to Mueller to make a determination whether the president crossed a legal line.”

“In addition to describing his interactions with the president, Comey told the intelligence committee that while he was FBI director he told Trump on three separate occasions that he was not under investigation as part of a counter-intelligence probe involving Russian meddling in the election.”

“Republican lawmakers seized on Comey’s testimony to point out Trump wasn’t in the FBI’s crosshairs when Comey led the FBI.”

“After Comey’s testimony in which he acknowledged telling Trump that he was not under investigation, Trump tweeted that he felt “total and complete vindication.” It is unclear if McCabe, Comey’s successor, has informed Trump of the change in the scope of the probe.”