Our country’s sovereignty has been invaded by a foreign government in an unprecedented way, where the government Russia was intent on harming us. This started in 2016 and is still ongoing. Leaders from the (IC) Intelligence Community have been testifying before US congressional hearings about how far-reaching Russian operatives worked to help the republican President Donald Trump win.

The following chronicles will detail how the republican lawmakers led by the Senate leader, Mitch McConnell blocked sharing of this information at an earlier opportune time in the election process; and how the former democratic President Barack Obama took this cyber-warfare attack on our democracy, so seriously as reflected in his numerous actions.

On June 23, 2017, Mark Sumner of the Daily Kos explains why the American public was not fully informed at an earlier time before the 2016 presidential elections about Russia’s invasive meddling into our election process, with the following report, Republicans blocked President Obama from telling the public about Russian actions to help Trump

“Early last August 2016, an envelope with extraordinary handling restrictions arrived at the White House. Sent by courier from the CIA, it carried “eyes only” instructions that its contents be shown to just four people: President Barack Obama and three senior aides”. …

“Quietly, the intelligence community went to work as resources were dedicated to the issue and other agencies attempted to confirm or deny the information gathered by the CIA. (President) Obama proceeded with caution, working to confirm the CIA’s intelligence and searching for ways to respond to Russian action. He needed to build a case that would hold up in front of both Republican leaders in Congress and the public.”

“It took time for other parts of the intelligence community to endorse the CIA’s view. Only in the administration’s final weeks in office did it tell the public, in a declassified report, what officials had learned from Brennan in August (2016)— that Putin was working to elect Trump.”

“Donald Trump throws that delay out there as not just a taunt, but proof that he is somehow “innocent.” Because if Trump had even a hint of information, he would have fired it straight out of his Twitter gun. Trump demonstrated this many times during the election and since, as repeated even the most tenuous and ludicrous rumor as if it were accepted fact.”

(For President)” it wasn’t a matter of “staying classy.” It was a matter of following the law, protecting the nation, and reaching a result that was more than a revenge tweet. Obama was concerned that going public with the information in the early days invited both criticism and speculation. On the most basic leave, President Obama was simply trying to ensure that his actions didn’t make the situation worse.”

“But as carefully and thoroughly as the intelligence community assembled a case, there was one point they couldn’t get past.”

None of that happened. Some Republican leaders in Congress put off even meeting with intelligence officials, delaying the process by weeks. Meanwhile, Jeh Johnson attempted to designate election infrastructure as “critical,” in order to give them the same protection provided to defense contractors.”

“Brian Kemp, the Republican secretary of state of Georgia, used the call to denounce Johnson’s proposal as an assault on state rights. “I think it was a politically calculated move by the previous administration,” Kemp said in a recent interview, adding that he remains unconvinced that Russia waged a campaign to disrupt the 2016 race. “I don’t necessarily believe that,” he said.”

“In short: Republicans were more concerned with hurting Obama than they were in stopping Russia. In a sense, Republicans as a group colluded with Russia, in that they refused to take action to protect the nation against intrusion. And it wasn’t just random state level officials. When Congressional leadership finally met with the intelligence community for a briefing “…

“The Dems were, ‘Hey, we have to tell the public,’ ” recalled one participant. But Republicans resisted, arguing that to warn the public that the election was under attack would further Russia’s aim of sapping confidence in the system.”

“The answer to why Barack Obama didn’t speak out more strongly and more early about Russian interference for Trump, is because Republicans blazed the trail (for) Trump : They refused to cooperate, placing party above country.”

“Early last August 2016, an envelope with extraordinary handling restrictions arrived at the White House. Sent by courier from the CIA, it carried “eyes only” instructions that its contents be shown to just four people: President Barack Obama and three senior aides.’

“Inside was an intelligence bombshell, a report drawn from sourcing deep inside the Russian government that detailed Russian President Vladi­mir Putin’s direct involvement in a cyber campaign to disrupt and discredit the U.S. presidential race.”

“But it went further. The intelligence captured Putin’s specific instructions on the operation’s audacious objectives — defeat or at least damage the Democratic nominee, Hillary Clinton, and help elect her opponent, Donald Trump.”

“At that point, the outlines of the Russian assault on the U.S. election were increasingly apparent. Hackers with ties to Russian intelligence services had been rummaging through Democratic Party computer networks, as well as some Republican systems, for more than a year. In July, the FBI had opened an investigation of contacts between Russian officials and Trump associates. And on July 22, nearly 20,000 emails stolen from the Democratic National Committee were dumped online by WikiLeaks.” “The president instructs aides to assess vulnerabilities in the election system and get agencies to agree on the intelligence that Putin was seeking to influence the election.”

“Brennan calls Alexander Bortnikov, the director of Russia’s main security agency, and warns him about interfering in the U.S. presidential election.”

“Homeland Security Secretary Jeh Johnson’s efforts to secure the U.S. voting systems run aground when some state officials reject his plan, calling it a federal takeover.”

“But at the highest levels of government, among those responsible for managing the crisis, the first moment of true foreboding about Russia’s intentions arrived with that CIA intelligence.”

“It took time for other parts of the intelligence community to endorse the CIA’s view. Only in the administration’s final weeks in office did it tell the public, in a declassified report, what officials had learned from Brennan in August — that Putin was working to elect Trump.” 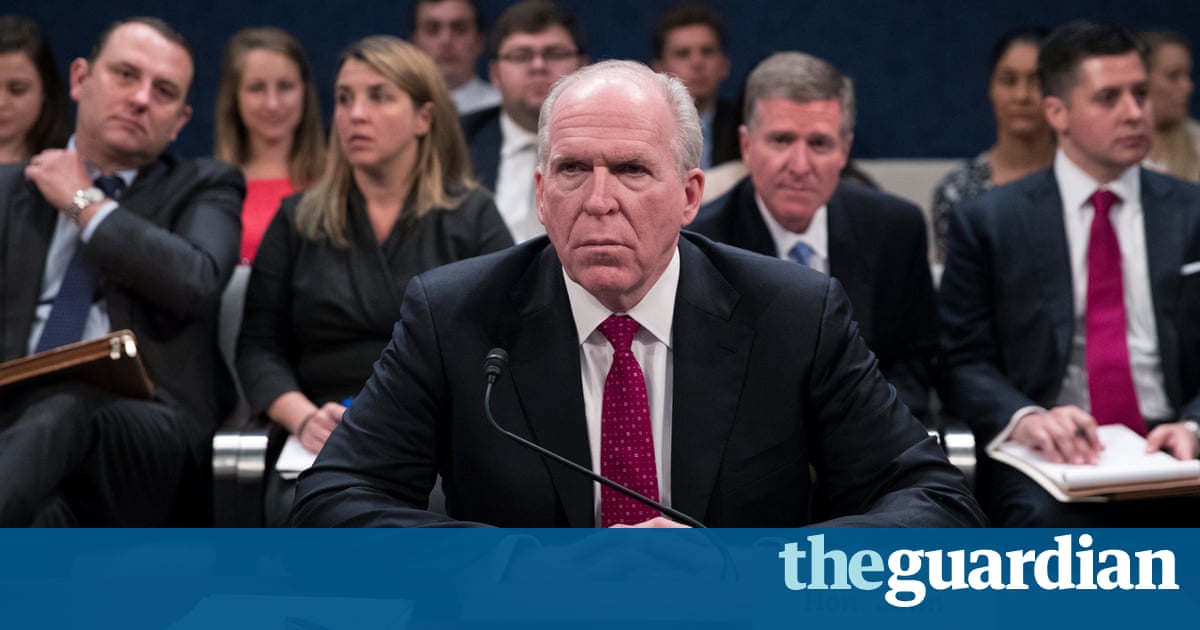 “Over that five-month interval, the Obama administration secretly debated dozens of options for deterring or punishing Russia, including cyber-attacks on Russian infrastructure, the release of CIA-gathered material that might embarrass Putin and sanctions that officials said could “crater” the Russian economy.”

“But in the end, in late December 2016, Obama approved a modest package combining measures that had been drawn up to punish Russia for other issues — expulsions of 35 diplomats and the closure of two Russian compounds — with economic sanctions so narrowly targeted that even those who helped design them describe their impact as largely symbolic.”

“Obama also approved a previously undisclosed covert measure that authorized planting cyber weapons in Russia’s infrastructure, the digital equivalent of bombs that could be detonated if the United States found itself in an escalating exchange with Moscow. The project, which Obama approved in a covert-action finding, was still in its planning stages when Obama left office. It would be up to President Trump to decide whether to use the capability.”

“In political terms, Russia’s interference was the crime of the century, an unprecedented and largely successful destabilizing attack on American democracy. It was a case that took almost no time to solve, traced to the Kremlin through cyber-forensics and intelligence on Putin’s involvement. And yet, because of the divergent ways Obama and Trump have handled the matter, Moscow appears unlikely to face proportionate consequences.”

“Those closest to Obama defend the administration’s response to Russia’s meddling. They note that by August it was too late to prevent the transfer to WikiLeaks and other groups of the troves of emails that would spill out in the ensuing months. They believe that a series of warnings — including one that Obama delivered to Putin in September — prompted Moscow to abandon any plans of further aggression, such as sabotage of U.S. voting systems.”

“White House chief of staff, (Denis) McDonough was one of the first few officials to discuss details of the intelligence., who served as Obama’s chief of staff, said that the administration regarded Russia’s interference as an attack on the “heart of our system.”

“We set out from a first-order principle that required us to defend the integrity of the vote,” McDonough said in an interview. “Importantly, we did that. It’s also important to establish what happened and what they attempted to do so as to ensure that we take the steps necessary to stop it from happening again.”

“But other administration officials look back on the Russia period with remorse.”

“It is the hardest thing about my entire time in government to defend,” said a former senior Obama administration official involved in White House deliberations on Russia. “I feel like we sort of choked.”