aside There Is Nothing New Under The Sun, Part II (Iraq)

Western Influence In Iraq During Early 1900s Highlighting The Life Of T.E. Lawrence

It is too bad that those who made the decision to invade Iraq and to occupy this country beyond 2003, did not take time to read their history books. As the saying goes, those who fail to learn from the past are doomed to repeat the same mistakes. I still become squeamish when I recall the Secretary of Defense, Donald Rumsfeld not stopping the looting of the antiquities from museums after we had supposedly liberated the Iraqi peoples. Time will show that Vice President Joe Biden probably offered the best strategy towards creating stability. Dividing Iraq into three separate territories (states) to represent their three major factions may be the only realistic non military solution for attaining peace in this area.

This blog is a couple of years old but it is still relevant. The headlines that we keep reading regarding Iraq, Syria, ISIS, the Kurds, the Sunnis and the Shi’ites could have been written after WWI ended around 1918.

At the beginning of WWI in 1914, the Ottoman Empire, the world’s greatest independent Arab power, ended its neutrality when the sultan declared a military jihad (holy war) against France, Russia and Great Britain. At the end of WWI, the British colonized the areas of Iraq and Syria. The Ottoman empire which had flourished  for over four centuries ended in 1918.

The following are some facts about Iraq from the early 1900s which include details about one Western influential personalities, T.E. Lawrence (Lawrence of Arabia).

(The source for the details on the Sykes-Picot document is from the 12/14/13 BBC News article by Tarek Osman; See link below for the entire report.)

“A map marked with crude chinagraph-pencil in the second decade of the 20th Century shows the ambition – and folly – of the 100-year old British-French plan that helped create the modern-day Middle East.”

“Straight lines make uncomplicated borders. Most probably that was the reason why most of the lines that Mark Sykes, representing the British government, and Francois Georges-Picot, from the French government, agreed upon in 1916 were straight ones.”

“The map that the two men drew divided the land that had been under Ottoman rule since the early 16th Century into new countries – and relegated these political entities to two spheres of influence:”

“The key tenets of the agreement they had negotiated in relative haste amidst the turmoil of the World War One continue to influence the region to this day. But while Sykes-Picot’s straight lines had proved significantly helpful to Britain and France in the first half of the twentieth century, their impact on the region’s peoples was quite different.”

“One key problem lay in the tendency to draw straight lines.”

The newly created borders did not correspond to the actual sectarian, tribal, or ethnic distinctions on the ground

This means that the newly created borders did not correspond to the actual sectarian, tribal, or ethnic distinctions on the ground. And many of the problems with the middle east today can be traced back to this decision making in the early 1900s. 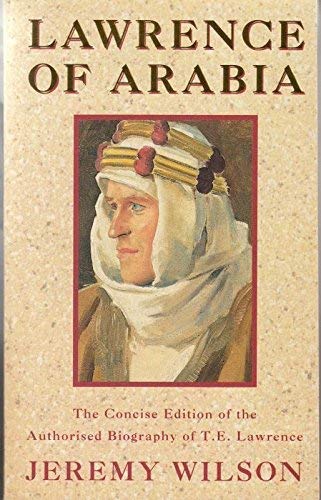 On August 15, 2013, The History Channel, (History in the Headlines), with,  Christopher Klein published “10 Things You May Not Know About “Lawrence of Arabia” as listed below:

“Thomas Edward Lawrence, the British Army officer whose World War I exploits earned him the famed name of “Lawrence of Arabia,” was such an enigmatic figure that sources even argue about his precise birth date, which is reported as either August 15 or August 16, 1888. On the 125th anniversary of his birth, The History Channel reported on 10 surprising facts about T.E. Lawrence.”

1. Born out of wedlock, Lawrence only learned his true identity after his father’s death.
“In 1879, 18-year-old Sarah Lawrence arrived at the opulent Irish estate of Sir Thomas Chapman to begin work as a governess for his four daughters. The Victorian aristocrat and his domestic servant began an affair, and she secretly gave birth to their illegitimate son in 1885. When the scandal was discovered, Chapman left his wife and moved to Britain with his new love. Although the couple never wed, they adopted the last name Lawrence and pretended to be man and wife. T.E., who was the second of the couple’s five children, only learned the true identities of his parents after his father’s 1919 death.”

2. The real “Lawrence of Arabia” was a man of short stature.
“While six-foot, three-inch Peter O’Toole cut a towering figure as the lead in the 1962 epic biopic “Lawrence of Arabia,” the real Lawrence was only five feet, five inches tall. Lawrence remained self-conscious about his height, which may have been caused by a childhood case of the mumps.”

3. He first traveled to the Middle East as an Oxford archaeology student.
“Lawrence spent the summer of 1909 traveling solo through Syria and Palestine to survey the castles of the Crusaders for his thesis. He walked nearly 1,000 miles and was shot at, robbed and badly beaten. In spite of the arduous journey, the new graduate returned to Syria the following year as part of an archaeological expedition sponsored by the British Museum. His years in the region deepened his knowledge of Arabic and affinity for the Arabs.”

4. He never had a single day of battlefield training.
“In 1914, the British military employed Lawrence on an archaeological expedition of the Sinai Peninsula and Negev Desert, a research trip that was actually a cover for a secret military survey of territory possessed by the Ottoman Turks. Once World War I began, Lawrence joined the British military as an intelligence officer in Cairo. He worked a desk job for nearly two years before being sent to Arabia in 1916 where, in spite of his nonexistent military training, he helped to lead battlefield expeditions and dangerous missions behind enemy lines during the two-year Arab Revolt against the Turks.”

5. Lawrence lost two brothers who also served in World War I.
“Within months of each other in 1915, two of Lawrence’s younger brothers, Frank and Will, were killed fighting on the Western Front. The guilt Lawrence felt about his safe desk job in Cairo as millions died on the front lines spurred him to the field at the outbreak of the Arab Revolt in 1916.”

6. Lawrence’s fame did not come until after the war.
“Overshadowed by the millions of lives lost on the Western Front, Lawrence’s exploits were largely unheralded by the end of World War I in 1918. He was such an unknown figure that even the Turks, who had a bounty on his head, did not know what he looked like. However, when the American war correspondent Lowell Thomas launched a 1919 lecture tour recounting his assignment in the Middle East, his photographs and films of “Lawrence of Arabia” transfixed the public and transformed the British colonel into both a war hero and an international celebrity.”

7. He refused a knighthood.
“King George V summoned Lawrence to Buckingham Palace on October 30, 1918. Lawrence hoped that the private audience was to discuss borders for an independent Arabia, but instead the king wished to bestow a knighthood on his 30-year-old subject. Believing that the British government had betrayed the Arabs by reneging on a promise of independence, Lawrence quietly told the befuddled monarch that he was refusing the honor before turning and walking out of the palace.”

8. Lawrence worked for Winston Churchill.
“In 1921, the future prime minister became Colonial Secretary and employed Lawrence as an advisor on Arab affairs. The two men grew to admire each other and became lifelong friends.”

9. After World War I, he re-enlisted under assumed names.
“After completing his diplomatic service under Churchill, Lawrence returned to the military in 1922 by enlisting in the Royal Air Force. But in an attempt to avoid the glare of celebrity, he did so under a pseudonym: John Hume Ross. Months later, the press revealed his secret, and he was discharged. Lawrence subsequently enlisted as a private in the Royal Tank Corps, but under the assumed name Thomas Edward Shaw, a nod to his friend, the famed Irish writer George Bernard Shaw. Lawrence subsequently published an English translation of Homer’s Odyssey under the pen name of T.E. Shaw and maintained the assumed name until his death.”

10. Lawrence died in a motorcycle crash.
“Lawrence was an avid motorcyclist; he owned seven different Brough Superiors, dubbed the “Rolls-Royces of Motorcycles.” On the morning of May 13, 1935, Lawrence sped through the English countryside on his Brough Superior SS100 motorbike. He suddenly saw two boys on bicycles on the narrow country road and swerved to avoid them. However, he clipped one of the bikes and was thrown forward over the handlebars. Lawrence never recovered from his massive brain injuries and died at the age of 46 on May 19.”

Why border lines drawn with a ruler in WW1 still rock the Middle East …http://www.bbc.com/news/world-middle-east-Dec 14, 2013