It looks good. It sounds great. Now, let’s see if this news story is for real. It appears that the republican President Donald Trump and the Democratic leaders of the US Congress, Senator Chuck Schumer (D-NY) and Representative Nancy Pelosi (D-CA) may have negotiated a deal to save DACA ( the Deferred Action for Childhood Arrivals program) and ACA (the Affordable Care Act/ Obamacare). 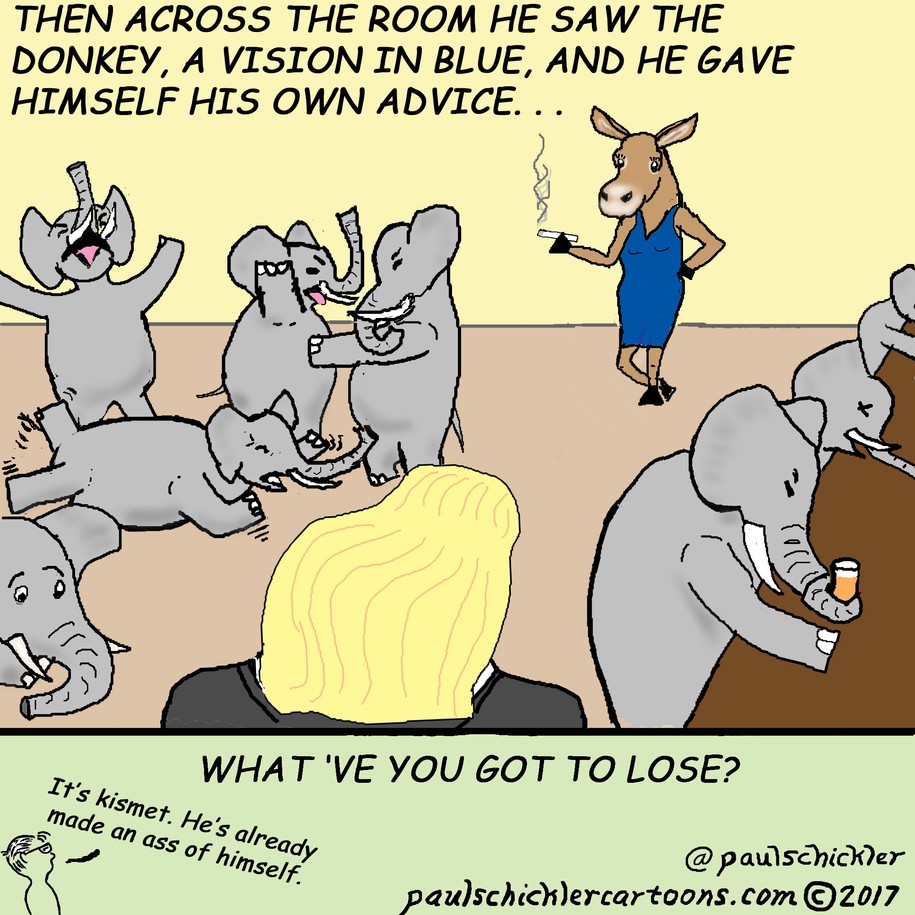 On September 13, 2017, Ed O’Keefe and David Nakamura of the Washington Post penned the following report, “Trump, top Democrats agree to work on deal to save DACA.”

“President Trump and top Democratic leaders late Wednesday (9/13/17) agreed to work out an agreement that would protect the nation’s “dreamers” from deportation and enact border security measures that don’t include building a wall, according to people familiar with the meeting.”

“In a statement, the White House described the meeting as “constructive” and that it focused on “tax reform, border security, DACA, infrastructure and trade.”

“But aides familiar with the exchange said that Trump and the party leaders agreed to move quickly on legislation to protect the roughly 690,000 people protected under the Deferred Action for Childhood Arrivals, or DACA, program that is set to expire in June.”

“In a statement, Schumer and Pelosi said they had “a very productive meeting at the White House with the President. The discussion focused on DACA. We agreed to enshrine the protections of DACA into law quickly, and to work out a package of border security, excluding the wall, that’s acceptable to both sides.” 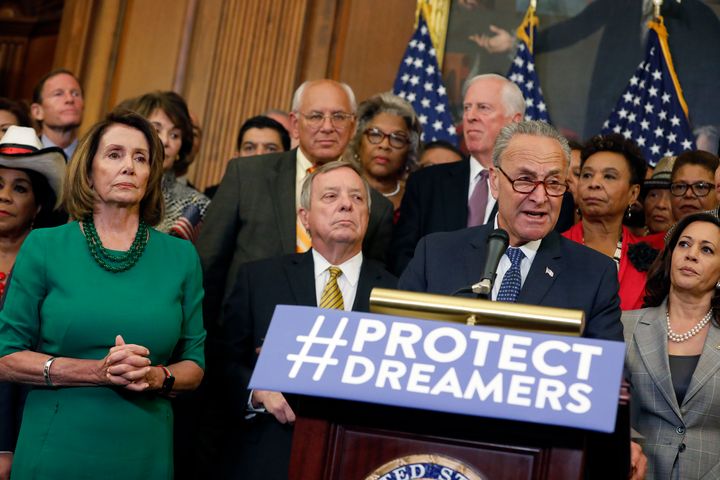 “They said the dinner also focused on ensuring that the administration works to shore up the Affordable Care Act in the coming weeks.”

“Earlier Wednesday, Trump had told a bipartisan group of House lawmakers during a White House meeting that he wants to resolve the DACA issue “real soon,” according to Rep. Henry Cuellar (D-Tex.), who attended.”

“Cuellar said that he told Trump the Dream Act has sufficient bipartisan support to pass and that the White House should be pushing for a vote.”

“Trump, Cuellar said, told the group: “Oh, it will be on the floor.”

“Even if the president and Democratic leaders claim to cut a deal, it will need the support of GOP leaders, who are already wary of the spending agreement Trump brokered with them last week.”

“Pelosi and House Speaker Paul D. Ryan (D-Wis.) met earlier Wednesday to begin discussing the broad parameters of the forthcoming immigration debate. Ryan’s team signaled that despite the administration’s eagerness to quickly seal the deal, it will take awhile.”

“AshLee Strong, Ryan’s spokeswoman, said that regarding the plight of the dreamers, the speaker “reiterated that any solution needs to address border security and enforcement, which are the root causes of the problem. Discussions among the Republican conference will continue in the coming weeks.”