aside After Storm Irma, Florida Becomes An Example Of What Happens When Growth Isn’t Managed

The State of Florida is just surviving from Hurricane Irma as there is the possibility of another major storm following in its tracks. In my area of Tampa Bay, Fl., there were about 46 shelters set up that serviced over 29,000 peoples in the community. Over 400,00 households did suffer from power outages. There were tales of peoples spending hours on the highway with bumper to bumper traffic to where some had to quit as folks’ cars ran out of gas which was a scarce commodity, and this is because there are only 2 major highways to use to exit Florida.

Both Florida and Texas are examples of republican led states where there has been little done to mitigate property damages and heartaches due to severe losses.

“Florida is the nation’s third most populous state, with 21 million people, jutting out precariously into the heart of hurricane alley, amid rising seas, at a time when warming waters have the potential to bring ever stronger storms.”

“Florida mostly survived Hurricane Irma, which delivered its most severe damage elsewhere. More than a week later, nearly 400,000 weary, sweat-soaked people in the state remain without power; at least 26 did not survive the storm or its even more dangerous aftermath; and the billions in property damage are still being calculated. Meanwhile, Hurricane Maria rumbles across the Caribbean.”

“Many saw last week’s storm as another dress rehearsal for the Big One. But it wasn’t much of a reckoning for a state mostly uninterested in wrestling with the latest round of runaway development, environmental degradation and the mounting difficulties from catastrophic storms. Since the recession’s end, new condominiums and houses have been built at a gallop. Many rise on or near the coast, or, in some cases, environmentally important wetlands, which were nature’s way of absorbing water. Meanwhile, the seas climb higher, floodwaters roam wider, evacuations grow increasingly tangled, the cost of insurance jumps and infrastructure decays.”

“People want to live here,” said Craig Fugate, a Floridian who served as Florida’s chief emergency manager for two Republican governors and went on to head the Federal Emergency Management Agency under President Barack Obama. “In too many cases, we have not planned for how to build and live with the hazards we have, so that when storms hit we are not wiping people out financially and putting people at extreme risk. I am not someone who says we should not grow or build, but we are continuing to build in ways that are not sustainable.”

“Southwest Florida has lost nearly half its wetlands,” said Eric Draper, the executive director of Audubon Florida. When a storm strikes, he said, “there is no way to easily deal with all that water if the land has become paved with rooftops and parking lots and roads.”

“And for all the growing sophistication of alerting people to monster storms, as the state’s population grows, so do the difficulties of evacuating 21 million people from a long peninsula with only two major highways heading north.”

“Florida’s west coast and Orlando have ushered in their own building boom. And low-lying Tampa, which some risk assessors call the most vulnerable city in the state to the lashing of a serious hurricane, promotes its robust growth as a reason to settle there.”

“Under the leadership of Gov. Rick Scott, a Republican multimillionaire elected in 2010, and the Republican-controlled legislature, state government today exerts less control and oversight over Florida’s growth, by design, than was true in recent decades.”

“In 2011, they eliminated the agency designed to keep tabs on excessive or unruly growth, and discarded a landmark growth-management law that forced developers to consider the impact of their projects on public amenities like parks and roads. They shifted most of the responsibility to local governments, many of which are traditionally susceptible to the financial muscle of builders and developers. Budgets for critically important water management systems were slashed. At the same time, climate change skepticism abounds.”

“Mr. Scott’s stance has softened in recent years as the public outcry mounted. Among other things, he has pushed for more money to help the Everglades and Lake Okeechobee, Florida’s largest inland lake, whose dike, designed to keep its water from flooding nearby residences, is in need of major maintenance.”

But in a low-tax state, something has to give. Miami Beach, a wealthy city, has raised storm-water fees from residents to begin paying for its $400 million plan to stay dry. The city has installed pumps to push out water and has elevated some roads, a mostly successful short-term fix. The city of Miami will ask its voters in November to provide $100 million for new pumps and an upgraded storm water system.

Elsewhere in tax-averse Florida, though, far less is being done, and difficult measures, like revising building codes to protect from flood, are fiercely opposed by developers. The state’s aging infrastructure also makes it harder, and more expensive, to grapple with hurricanes. Federal spending on important projects remains modest as well. So sewer systems, canals, roads, and bridges go mostly neglected.”

“We’ve basically been duct-taping our infrastructure for years,” said Bob Buckhorn, the mayor of Tampa. “If you keep refusing to acknowledge that climate change is real, if you keep promising an infrastructure bill that never appears, you’re not much help to us.”

“Blunting development has never been easy in a state that long viewed itself as a commodity to be marketed for the greatest return, said Bob Graham, a moderate Democrat who has been governor of Florida and has represented the state in the Senate. But the fight to protect Florida’s natural resources was not particularly ideological. Two Republican governors, Robert Martinez and Jeb Bush, were relatively progressive on the issue.”

“Today, Mr. Graham said, that bipartisan approach has been replaced by the kind of elbow-throwing partisanship now common in Washington and beyond. “We don’t have the right to satisfy our own appetites to do anything we want,” said Mr. Graham, whose daughter Gwen is running for governor in 2018, when the seat comes open. “I am hoping this re-commoditization of Florida is short-lived.”

Still, even those with doubts about Florida’s future want their piece of paradise. For the most part, the question is not whether to keep building, but how and where to build.

Anne Kilroy who lives in Fort Myers on the west coast, a few blocks from the Caloosahatchee River, has a view of the latest Florida boomlet. She lives in a modest house, of the sort that once dotted the city. Now McMansions for wealthier residents have bulldozed aside many of those smaller houses. 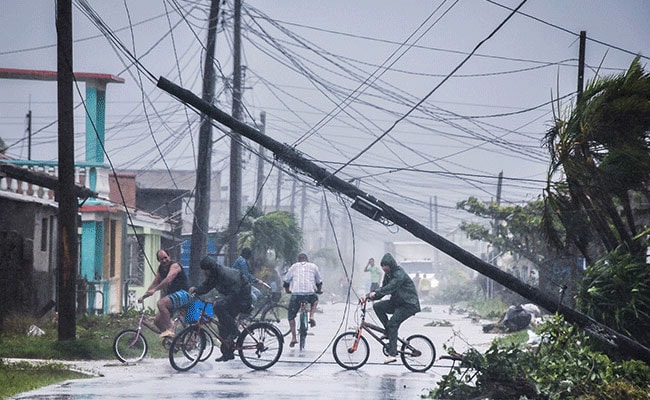 “Selling those big homes that are closer and closer to the water is more important than whatever the aftereffect will be,” Ms. Kilroy said. “I think there’s a lot of people who don’t want to look at the big picture. They don’t want to look past what’s going to affect them.”

Related Article: For those who live in the Tampa Bay area, the following is a must read…