For years the republican lawmakers in the State of Alabama have being trying to pass Voter ID requirements in order for US citizens to be able to vote and they finally succeeded in 2011. This law was specifically designed to suppress voters from Black and/ or minority communities from being able to exercise their constitutionally protected right for access to the ballot box. For an excuse, the republicans keep trotting out their talking point that the voter ID laws were implemented to prevent voter fraud but every credible study has demonstrated that their claims regarding the high incidents of voter fraud have been false.

Then in 2015, the Alabama’n republicans added an additional hindrance by   shutting 31 driver’s license offices because of supposed budget cuts. Two columns on Al.com subsequently noted that the cuts—which come on the heels of a 2011 law that requires voters to show government-issued IDs—disproportionately affect counties in the state’s largely Democratic “black belt” region’s passage of stringent voter ID laws.

These restrictions have to be factored in for whatever the outcome is for the December 12, 2017 special election being held to elect Alabama’s next senator. The republican candidate Judge Roy Moore is an alleged pedophile (when he was in his early 30s and a local district attorney) with credible reporting from numerous women who have come forward; mall personnel who recalled having security frequently escort him out of the premises as he had a penchant for hitting on high school girls, and a co-worker deputy district attorney who states for the record that Judge Moore’s penchant for dating very young girls was an open local secret in GADSDEN , Alabama.

The Alabaman population leans heavily republican to where it was thought that a democrat could never win, but now the polls are showing that the candidate Judge Moore and the democratic contender Doug Jones are tied. In short, it is an election where every vote counts.

On December 11, 2017, Scott Douglas of the NY Times penned the following report, “The Alabama Senate Race May Have Already Been Decided.”

“The Senate election in Alabama on Tuesday (12/12/17) is not just about the choice between Doug Jones and Roy Moore. It’s also about a voter suppression campaign that may well sway the result of a close race.”

“In 2011, Alabama lawmakers passed a photo ID law, ostensibly to combat voter fraud. But “voter impersonation” at polling places virtually never happens. The truth is that the lawmakers wanted to keep black and Latino voters from the ballot box. We know this because they’ve always been clear about their intentions.”

“A state senator who had tried for over a decade to get the bill into law, told The Huntsville Times that a photo ID law would undermine Alabama’s “black power structure.” In The Montgomery Advertiser, he said that the absence of an ID law “benefits black elected leaders.” 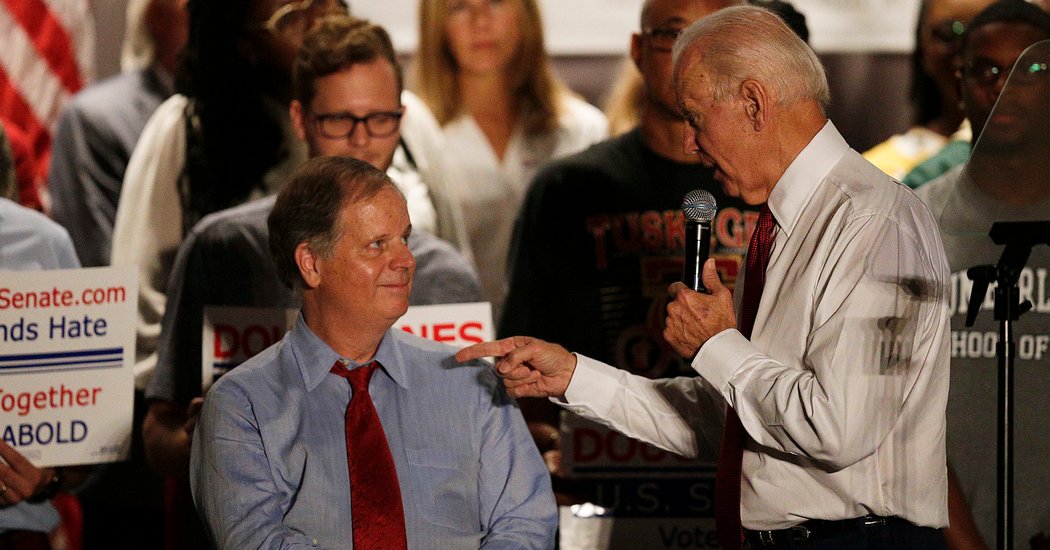 “The bill’s sponsors were even caught on tape devising a plan to depress the turnout of black voters — whom they called “aborigines” and “illiterates” who would ride “H.U.D.-financed buses” to the polls — in the 2010 midterm election by keeping a gambling referendum off the ballot. Gambling is popular among black voters in Alabama, so they thought if it had remained on the ballot, black voters would show up to vote in droves.”

“Photo ID laws may seem innocuous. For many of us, it might be easy to take a few hours off from work, drive to the nearest department of motor vehicles office, wait in line, take some tests, hand over $40 and leave with a driver’s license that we can use to vote. But this requires resources that many rural, low-income people around the country simply do not have.” 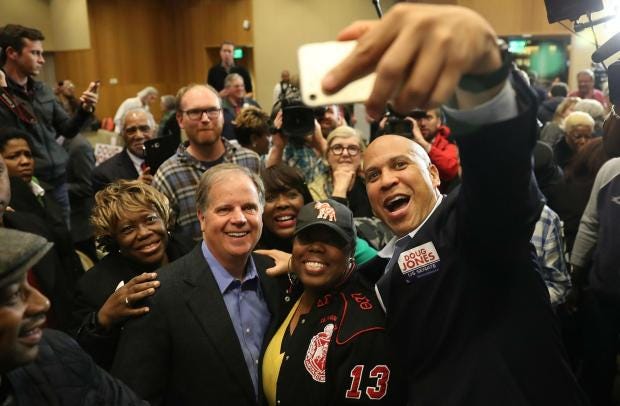 “I work with poor, black Alabamians. Many of them don’t have cars or driver’s licenses and make under $10,000 a year. They cannot afford to pay someone to drive them to the motor vehicles or registrar’s office, which is often miles away.”

“Photo ID laws are written to make it difficult for people like them to vote. And that’s exactly what happens. A study by Zoltan Hajnal, a political scientist at the University of California, San Diego, comparing the 2012 and 2016 presidential elections, found that the voter ID law kept black voters from the polls. After Alabama implemented its strict voter ID law, turnout in its most racially diverse counties declined by almost 5 percentage points, which is even more than the drop in diverse counties in other states.”

“The study controls for numerous factors that might otherwise affect an election: how much money was spent on the races; the state’s partisan makeup; changes in electoral laws like early voting and day-of registration; and shifts in incentives to vote, like which party controls the state legislature.”

“In Alabama, an estimated 118,000 registered voters do not have a photo ID they can use to vote. Black and Latino voters are nearly twice as likely as white voters to lack such documentation.”

“In other words, Alabama’s law is nothing but a naked attempt to suppress the voting rights of people of color. That’s why my organization, Greater Birmingham Ministries, with the help of the NAACP Legal Defense Fund, has sued the state to block the photo ID law. The case will go to trial in February.”

“When the law was passed in 2011, it so reeked of discrimination that state politicians didn’t bother to submit it to the federal government for approval, as Section 5 of the Voting Rights Act required. For decades, Section 5 had acted as a crucial prophylactic, stopping discriminatory voting laws before any election. Instead the ID law remained dormant until June 2013, when the Supreme Court’s devastating ruling in Shelby County v. Holder suspended Section 5’s preclearance requirement.”

“Attorney General Jeff Sessions, then a United States senator, applauded the ruling as “good news” for the South. For Mr. Sessions, who called the Voting Rights Act an “intrusive” piece of legislation, it was a victory. But for voters in Alabama and the rest of the South, it was terrible news.”

“It left states like Alabama, Texas and North Carolina free to test the limits of voter suppression. Indeed, after the decision, Alabama announced the photo ID law would go into effect without federal approval.

The photo ID law isn’t the only obstacle in front of Alabama voters. My organization is also challenging the state’s felon disfranchisement law, which affects an estimated 250,000 people here — 15 percent of Alabama’s black voting age population, but fewer than five percent of whites.”

“The law bars people with felonies of “moral turpitude” from voting. For decades such crimes were ill defined, but once included things like miscegenation. A new law narrowed the list of disfranchising crimes, but a federal judge ruled this summer that the state is not required to inform people with convictions who couldn’t vote under the old law that they may now register to vote.”

“Sadly, on Tuesday, many of the voters who would most benefit from picking lawmakers who will represent their interests in the Senate will be kept away from the polls. Those voters are disparaged for their purported disengagement with the election, while the state’s voter suppression campaign is largely ignored.”