aside Is Roger Stone Next On FBI’s Special Counsel Mueller’s Dance Card? 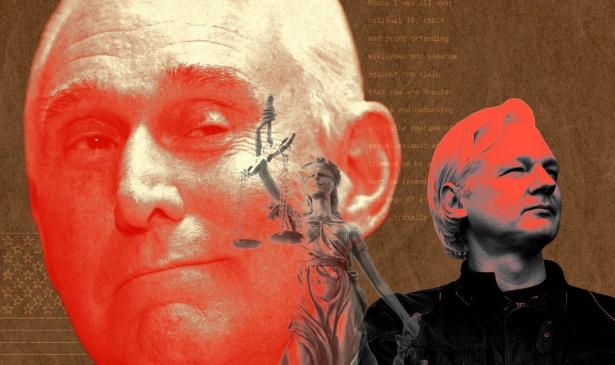 My guess is that Roger Stone, a long time political strategist and friend to the republican President Donald Trump will be next on the FBI”s Special Counsel Robert Mueller’s Trump-Russian probe to be invited for an interview where his testimony will be given under oath.

The circumstantial case that I have developed from public information leads me to think this. First, Roger Stone and Paul Manafort were business partners for years and their firm had actually previously done lobbying work on behalf of the president during his casino business days. Roger Stone has ties to Russia going way back and so does Paul Manafort.

As per the 8/6/15 Hill report by Mark Hensch, Roger Stone said he (was) resigning from the New York business mogul’s political team after concluding he is not aiding its progress…
“I resigned largely because I thought I was having no impact,” Stone told host Poppy Harlow on “CNN Newsroom.” There are conflicting news stories as to the circumstances of Mr. Stone’s departure from the campaign.
After Roger Stone’s departure around the 6th of August 2015, his associate Sam Nunberg had supposedly been fired only a few days before around August 2nd.
This past week, around March 5, 2018, Mr. Nunberg did the cable TV news shows circuit displaying signs of resistance towards honoring a grand jury subpoena pertaining to the FBI’s Trump-Russia probe but in the end, he did do his duty. However, in each interview, he took pains to drive home the point that he and his mentor, Roger Stone had been treated horribly by the president’s campaign team in 2015. I’m not completely buying this scenario.
By the end of March 2016, Roger Stone’s former partner, Paul Manafort who just happened to also reside in Trump Towers was ensconced in the campaign to help Donald Trump become the republican presidential candidate.

It is my theory only that Mr. Stone’s departure from the president’s campaign was for show only so that he could give the president, “plausible deniability” as he did some backroom deals with Wikileaks and other nefarious characters.
This way the president ends up only knowing about the collusion without directly partaking in it.

“On August 21, (2016) Stone sent a series of famously prescient tweets. “Trust me, it will soon the Podesta’s time in the barrel. #CrookedHillary.” On October 1 Stone tweeted: “Wednesday @HillaryClinton is done.”

“On October 3 (2016) he tweeted: “I have total confidence that @wikileaks and my hero Julian Assange will educate the American people soon #LockHerUp.”

In October (2016), Stone said he had “back-channel communication with Assange,” but has denied having any direct contact with WikiLeaks, saying that he had been getting his information from a mutual friend he shares with Assange.

But this week (3/2018), Natasha Bertrand of The Atlantic obtained private messages between Stone and the Wikileaks Twitter account during the fall of 2016.

“On March 17, 2017, WikiLeaks tweeted that it had never communicated with Roger Stone, a longtime confidante and informal adviser to President Donald Trump. In his interview with the House Intelligence Committee last September, Stone, who testified under oath, told lawmakers that he had communicated with WikiLeaks via an “intermediary.”

“Private Twitter messages obtained by The Atlantic show that Stone and WikiLeaks, a radical-transparency group, communicated directly on October 13, 2016—and that WikiLeaks sought to keep its channel to Stone open after Trump won the election. The existence of the secret correspondence marks yet another strange twist in the White House’s rapidly swelling Russia scandal.”

Stone and Trump have been friends for decades, which raises key questions about what the president knew about Stone’s interactions with Wikileaks during the campaign.”

“The depth of Stone’s relationship with WikiLeaks and Julian Assange has been closely scrutinized by congressional investigators examining whether Trump associates coordinated with Russia—or anyone serving as a cut-out for Moscow. Stone confirmed the authenticity of the messages, but called them “ridiculously out of context” and “a paste up.” He said that he provided the complete exchange to the House Intelligence Committee, but did not immediately respond to a request to provide his own record of the conversation to The Atlantic.”

“A screenshot of the exchange, which has not been previously reported, was provided to the House Intelligence Committee last year by a third-party source. The private messages confirm that Stone considered himself a “friend” of WikiLeaks, which was branded a “non-state hostile intelligence service” by CIA Director Mike Pompeo last April. Stone insisted that the messages vindicated his account. “They prove conclusively that I had no advance knowledge of content or source of WikiLeaks publications,” he said. “I merely had confirmed Assange’s public claim that he had information on Hillary Clinton and he would publish it.” He also narrowed the scope of his earlier denials, saying that he’d only denied having communicated directly with Assange, not with Wikileaks.”

“The correspondence raises questions about whether Stone—who served as Trump’s lobbyist in Washington in the late 1990s and early 2000s, and had been encouraging him to run for president for over a decade—has kept secret any interactions that may be of interest to congressional investigators examining Russia’s election interference.”

“On the afternoon of October 13, 2016, Stone sent WikiLeaks a private Twitter message. “Since I was all over national TV, cable and print defending wikileaks and assange against the claim that you are Russian agents and debunking the false charges of sexual assault as trumped up bs you may want to rexamine the strategy of attacking me- cordially R.” 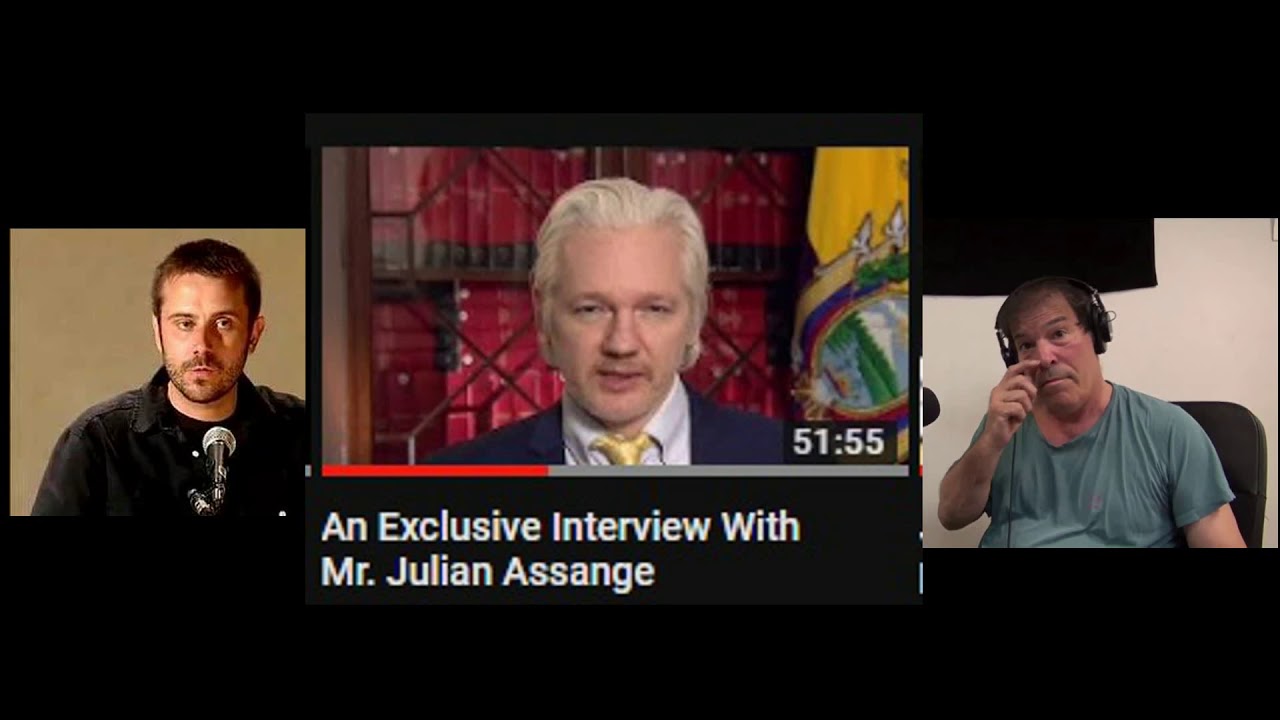 “WikiLeaks—whose Twitter account is run “by a rotating staff,” according to Assange—replied an hour later: “We appreciate that. However, the false claims of association are being used by the democrats to undermine the impact of our publications. Don’t go there if you don’t want us to correct you.”

“Ha!” Stone responded on October 15. “The more you ‘correct’ me the more people think you’re lying. Your operation leaks like a sieve. You need to figure out who your friends are.” Assange’s internet connection was cut off days later by the Ecuadorian embassy—which granted him diplomatic asylum in London in 2012—following WikiLeaks’ release of emails that had been stolen by Russian hackers from Hillary Clinton campaign chairman John Podesta’s inbox. The morning after Donald Trump won the election, however, WikiLeaks sent Stone another message. “Happy? We are now more free to communicate.”

It is unclear whether Stone and WikiLeaks kept in touch, using Twitter or another platform, after the election. WikiLeaks continued to insist through at least last March that neither the organization nor Assange had ever communicated with Stone directly. Stone later identified radio host Randy Credico as the intermediary, but Credico denied that in an interview with The Daily Beast earlier this month. “There was no backchannel to Roger Stone, and I think that his testimony was a lot of bravado,” Credico said.”

“Democrats have asked GOP members to subpoena Twitter for the private messages of Trump associates currently under investigation in the Russia probe, according to one of the sources familiar with the internal proceedings. But the majority has so far refused.” “Still, Stone was not deterred. “Libs thinking Assange will stand down are wishful thinking. Payload coming #Lockthemup,” he tweeted on October 5, 2016.”

The payload actually came two days later: WikiLeaks began publishing the contents of Podesta’s inbox, which had been infiltrated by Russian hackers seven months earlier. Stone told The Daily Caller on October 12 that Assange had delayed the email dump on purpose: “I was led to believe that there would be a major release on a previous Wednesday,” he said. He denied, however, that he had been given “advance knowledge of the details” and maintained that he was only in touch with Assange “through an intermediary.”

On the morning of October 13, WikiLeaks issued a clarification: “WikiLeaks has never communicated with Roger Stone as we have previously, repeatedly stated.” It was later that day when Stone confronted WikiLeaks in a private message, and accused the organization of “attacking” him. WikiLeaks did not seem fazed by the confrontation, and re-opened its line of communication with Stone on November 9. Fourteen months later, Stone visited the Ecuadorian embassy in London, where Assange has been holed up for more than five years.

“I didn’t go and see” Assange, Stone told The Daily Beast last month. “I dropped off a card to be a smart ass.”