This story unfolds with the story of Exxon’s CEO Rex Tillerson being hired as the republican President Donald Trump’s Secretary of State as the president began his new administration in January 2017. It didn’t hurt that Mr. Tillerson had a positive working relationship with the Kremlin. In the course of his conducting oil business in Russia, he had actually met with its President Vladimir Putin and had become close with a confident of Mr. Putin, Igor Sechin. Russia was thrilled with the news of the president selecting Mr. Tillerson to be the US Secretary of State.

Mr. Tillerson’s business relationship with Russian business players culminated around 2011, when Rex Tillerson as Exxon’s CEO closed on a deal with Russia’s oil company Rosneft for oil exploration and drilling in the deep waters of Russia’s Black Sea arctic area, valued by experts at upwards of $300 billion dollars. In 2013, Mr. Tillerson was awarded the Order of Friendship by President Putin for his contribution to developing business cooperation in the energy sector.

As luck would have it, the very first well that was constructed in the Artic was a bonanza beyond what anyone had imagined. But this streak of good fortune ended because of the 2014 US-NATO sanctions enacted against Russia due to its unprovoked invasion into Crimea, Ukraine. Mr. Tillerson had endeavored to obtain a waiver to continue Exon’s exploration plans through the US Department of State but his request was denied. For a long time, Mr. Tillerson was on board with the president’s plan to end the 2014 US sanctions against Russia.

So when Mr. Tillerson began his position as secretary of state, he was not its number one fan. The following report reflects his disdain for the mission and importance of the state department. 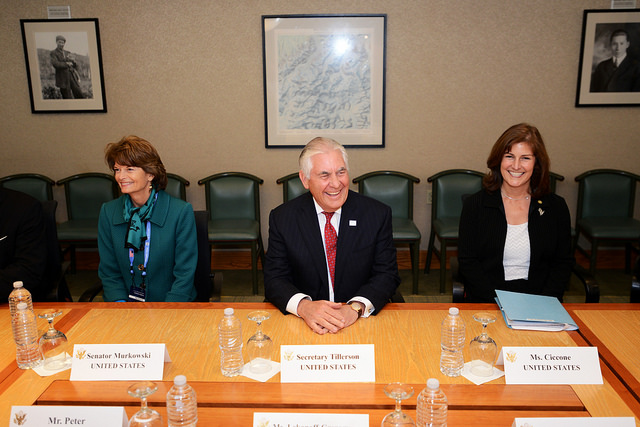 As per a 11/28/17 VOX report, the woman Maliz Beams, a former CEO of a major retirement services firm, who Secretary of State Rex Tillerson chose to help him streamline the State Department just quit after only three months on the job. It’s the latest in a string of high-profile resignations that highlights growing chaos and declining morale at the top agency in charge of carrying out US foreign policy.”

Tillerson recruited (her) back in August to lead the effort to dramatically reduce the personnel and spending of what Tillerson — and his boss, President Donald Trump — believe is an overly bloated government agency. Tillerson said in September that making the State Department more efficient is “the most important thing” he can do during his time in office, and has proposed cutting thousands of jobs to achieve that end.” 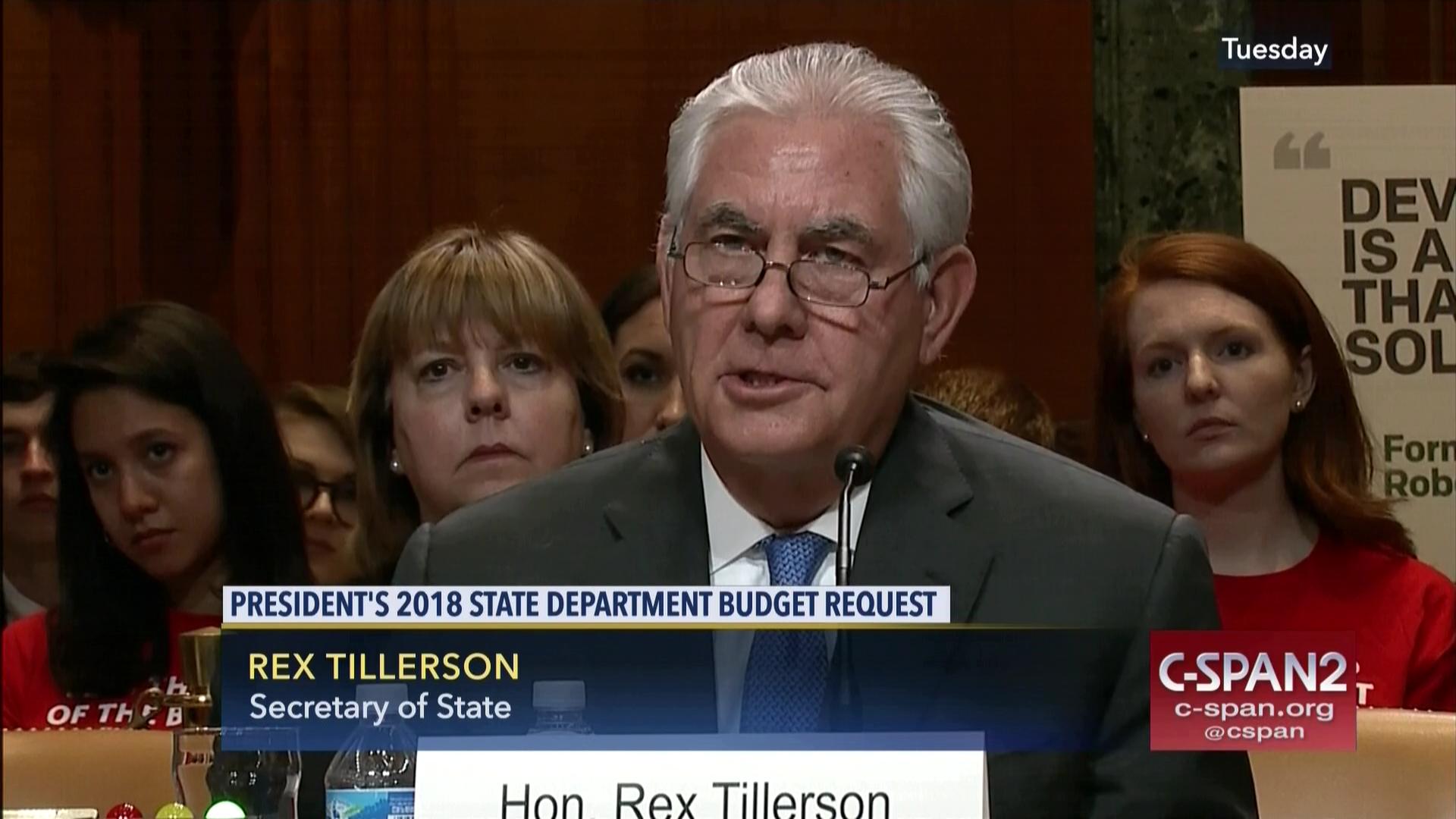 “But according to a New York Times report, Tillerson repeatedly turned down urgent State Department security staff requests to brief him. Only after Miller invoked that law was he finally given face-time with Tillerson — and even then it was just a meager five minutes. (Bill A.) Miller’s insistence on seeing Tillerson is what led to his ouster in July, administration sources told the Times. (The State Department said at the time that he was not forced out.)”

But there was one major factor about Mr. Tillerson that President Trump and Russia’s leader never considered. While Mr. Tillerson started off as contemptuous of the US State department based on his past experience as a businessman, he was also a true ” boy scout, an “Eagle Scout.”

As per Wikipedia, “Tillerson is a long-time volunteer with the Boy Scouts of America (BSA), and from 2010 to 2012 was their national president, its highest non-executive position. Tillerson is a Distinguished Eagle Scout, and his father was a BSA executive. Tillerson is a long-time supporter of the BSA and has said, “I think the highlight of my youth and adolescent years were my achievements in Scouting.” In 2009, Tillerson was inducted into the Eagle Scout Hall of Fame of the Greater New York Councils. Ray L. Hunt, a close friend and the Chairman of Hunt Consolidated, told the Dallas Morning News, “To understand Rex Tillerson, you need to understand Scouting.”

“After the end of his term as BSA president, he remained on the organization’s National Executive Board. There he played a significant role in the board’s 2013 decision to rescind the long-standing ban on openly gay youth as members. According to Center for Strategic and International Studies president John Hamre, Tillerson was instrumental in the change and “a key leader in helping the group come to a consensus.”

During the first week of July 2017, the US president and Mr. Putin considered Mr. Tillerson to be in their camp, so much so, to where he was the only American allowed to be a witness to a private discussion between President Trump and President Putin at the G20 summit in Hamburg, Germany. The question all investigative journalists should be pursuing is, what did Mr. Tillerson hear and observe during this bilateral meeting between the two heads of state? 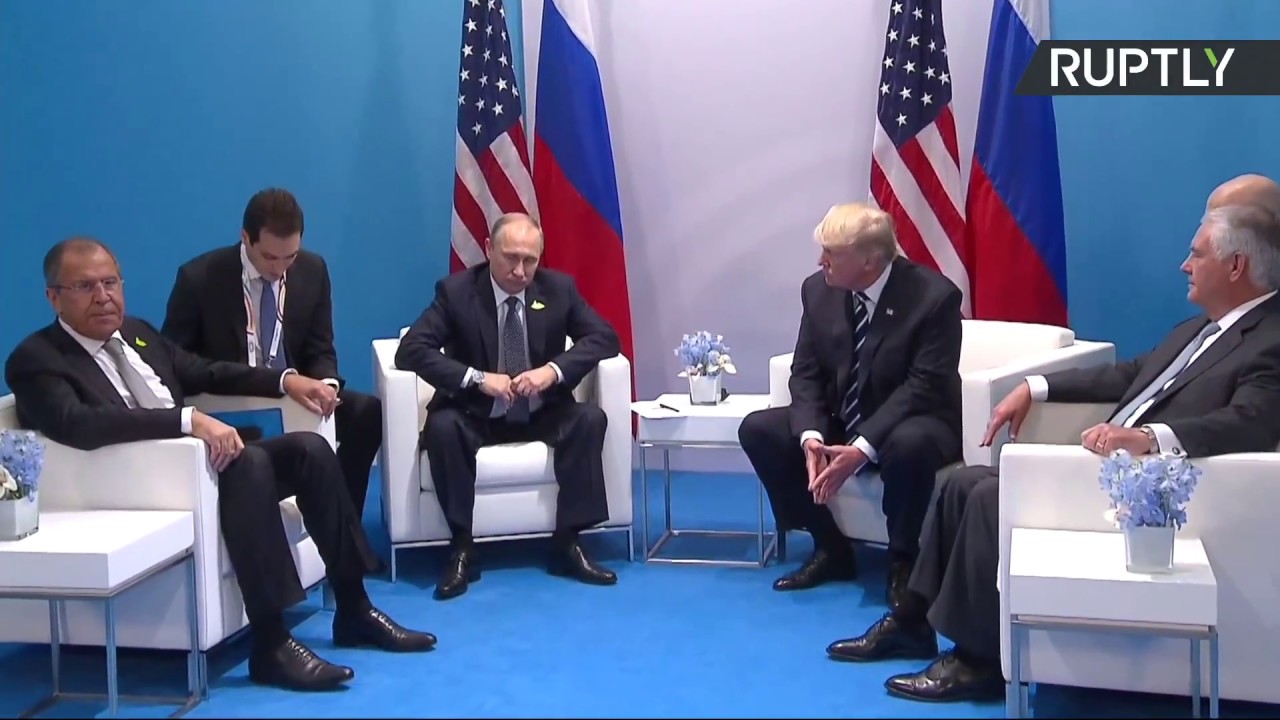 After this early July 2017 event, I did note a difference in Mr. Tillerson’s attitude towards Russia, the state department and the US president. Subsequent to this time frame, Mr. Tillerson no longer signaled a hidden desire to leave his post as soon as possible. He and the Defense Secretary General James Mattis appeared to solidify an alliance which entailed the cleaning up of the president’s diplomatic messes. It was around the 20th of July when Mr. Tillerson reportedly called Trump a “f***ing moron” following a national security meeting at the Pentagon in July, as NBC News’ Stephanie Ruhle told in an inteview with Hugh Hewitt.

Then the Secretary of State Rex Tillerson almost resigned over the summer 2017 around the time of President Trump’s controversial speech at the Boy Scouts’ Jamboree, according to an NBC News report.  As per a 10/4/17 AXIOS report, “Tillerson reached that point after months of foreign policy disputes with Trump, specifically on Iran and Qatar. It reportedly took personal interventions from Vice President Mike Pence, Secretary of Defense Jim Mattis, and then-Secretary of Homeland Security John Kelly to get Tillerson to reconsider.

Now, let’s circle back to that late 2011 Exxon deal with Russia’s Rosneft. As of March 1, 2018, Exxon Mobile has permanently withdrawn from this deal. See: Exxon to Quit Russian Oil Ventures Frozen by US Sanctions – Bloomberg/ Feb. 28, 2018.

As per that 2016 Christopher Steele dossier, there is that possibility that President Donald Trump stood to gain financially if and when this deal was re-established after the 2014 US sanctions against Russia were removed. The converse is true. I had considered this as a possible reason as to why the president appeared to be so motivated to end US sanctions against Russia as soon as he was ensconced in the White House.

Now add the above tidbits about Exxon ending the Rosneft deal with the State Secretary’s very recent critical comments against Russia.

With the above events, it is no wonder that the US President Trump and his Russian counterpoint, President Putin couldn’t wait to show Mr. Tillerson the exit door. This could account for the president’s firing Mr. Tillerson by tweet.