Well the inevitable happened. North Korea’s leader Kim Jong Un has just put the US on notice that the talks scheduled between the republican Donald Trump and he for June 2018 may not happen. A top level Korean official, Kim Kye-gwan specifically took aim at the president’s new National Security Advisor John Bolton’s advertising this past weekend of May 12, 2018 that the US is anticipating a Libya type deal. In the Libya scenario, its former Leader Gaddafi gave up his nuclear stockpile only to end up brutally murdered as a result of US intervention.

This hiccup was to be expected as it is in line with what had happened in past attempts of US to construct a peace agreement with N Korea, going back decades.  The planned summit will likely go forward but it behooves the president to be a bit more discreet in his tweeting about this upcoming event.

As per May 15, 2018 LA Times report by Michael McGough, “When South Korea’s news agency reported Tuesday that North Korea abruptly had canceled a high-level meeting with South Korean officials – and might be having second thoughts about a summit meeting between Kim Jong Un and President Trump – a colleague suggested that Kim was playing the part of Lucy in the old “Peanuts” comic strip. Lucy, you’ll remember, held the football for Good Ol’ Charlie Brown to kick, but, in a betrayal repeated again and again, pulled it away before he could connect.”

“Kim hasn’t yet yanked away the prospect of a summit that Trump has described as “highly anticipated” and which he believes both leaders will try to make “a very special moment for World Peace!”    This may be the first of many stutters in a process that still might lead to a meeting next month in Singapore, perhaps even a productive one.”

“Still, there is a lesson for Trump in the North’s sudden change of tune, inspired by joint U.S.-South Korean air force exercises. Kim remains an unpredictable figure, and it is way too soon for Trump to boast about his succeeding where his predecessors have failed. And don’t rush to make room in the Oval Office for that Nobel Peace Prize.”

“A State Department spokeswoman said late Tuesday that the department had “received no formal or even informal notification of anything” from North Korean officials and that planning for the summit was proceeding. Presumably U.S. diplomats and intelligence officials will be reaching out to both Koreas in the next few hours to gauge the state of play.”

“Meanwhile, Trump would do well to refrain from taking to Twitter to express either alarm about Tuesday’s developments or confidence that this too shall pass. But hoping for such self-control  from this president may be as unrealistic as expecting Lucy to change.” 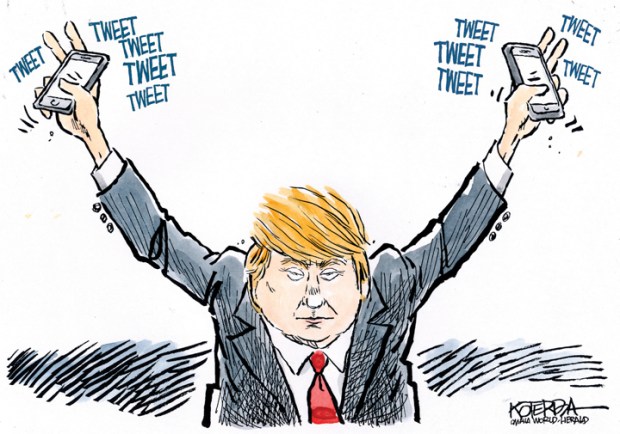 On May 15, 2018, John Haltiwanger and David Choi of Business Insider penned the following report, “The Trump-Kim Jong Un summit looks like it’s on thin ice as North Korea flips on the US”

“According to the report, North Korea’s state-run news agency claimed the military exercises amounted to a rehearsal for an invasion, which has been a common complaint from the rogue state when such drills have occurred in the past.”

“Kim’s government warned the US will “have to undertake careful deliberations about the fate of the planned North Korea-US summit in light of this provocative military ruckus.”

“The Korean Central News Agency, North Korea’s propaganda media outlet, later announced that it will reconsider holding a summit with Trump if the US insisted on scrapping the country’s nuclear program.”

“North Korea also on Wednesday reportedly canceled a planned summit with South Korea because of the drills, known as Max Thunder.”

“South Korea’s Unification Ministry said the North’s decision to scuttle the planned meeting broke the spirit of their previous agreements: “It is regrettable that North Korea unilaterally postponed the South-North high-level meeting citing the annual joint [US-South Korean] air exercises as it does not correspond to the fundamental spirit and the purpose of the Panmunjom Declaration,” a spokesperson said in a statement.”

“Max Thunder began on May 11 and was set to last for two weeks. The military exercise occurs annually and involves US and South Korean aircraft and roughly 1,500 Air Force personnel.”

“The US Department of Defense hinted it wouldn’t back down on conducting the exercises.”

“While we will not discuss specifics, the defensive nature of these combined exercises has been clear for many decades and has not changed,” said Col. Rob Manning, a DoD spokesman, in a statement.”

“The State Department was seemingly surprised by North Korea’s apparent threat to cancel the summit.” 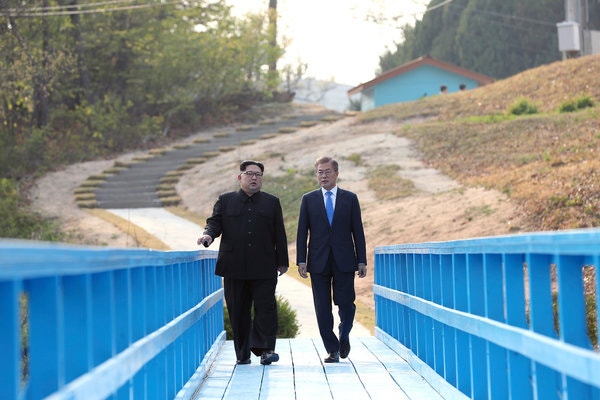 “We have no information on that,” spokeswoman Heather Nauert said. “Let’s not get ahead of ourselves. We need to verify it.”

“Meanwhile, the White House said it’s “aware” of the reports on North Korea’s alleged threats, adding, “The US will look at what North Korea has said independently, and continue to coordinate closely with our allies.”

“Trump’s summit with Kim, planned to focus on the denuclearization of the Korean Peninsula, is tentatively set for June 12 in Singapore.”

“In 2017, North Korea conducted a series of long-range missile tests, leading to a war of words between Trump and Kim. The tests also led the international community to issue harsh economic sanctions against Kim’s regime.”

“But North Korea shifted its tone and behavior in 2018, rekindling relations with South Korea and opening up the possibility for dialogue with the US.”

“Kim and South Korean President Moon Jae-in held a historic summit in late April in which they pledged to work toward ridding the Korean Peninsula of nukes and the formal cessation of the Korean War.”