Did Trump Give OK To Putin For Russia To Interview Former US Ambassador And Others? 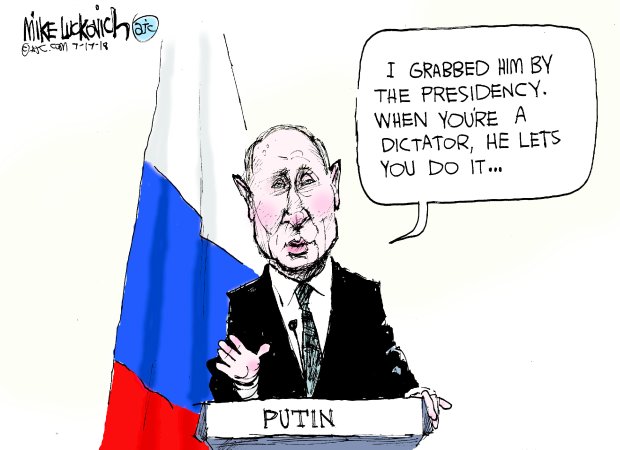 Somebody like the republican US President Donald Trump needs to explain to the Russian President Vladimir Putin that the USA is not Russia and that President Trump does not represent the thinking of the vast majority of Americans. President Trump cannot control the press, even though, he would love to; he can’t kill off or eliminate his critics which is a good thing as there wouldn’t be many Americans left; and he can’t tell the judicial and the law enforcement agents what to do, although he has been trying his very best.

On the 16th of July 2018, President Trump and Russia’s leader Vladimir Putin participated in a bi-lateral meeting which lasted for over 2 hours and 10 minutes with only the interpreters present. Later, at a joint press conference in Helsinki, Finland, the world was stunned as the watched President Trump on TV, equivocate in backing the DOJ’s/ FBI’s 7/13/18 US indictments against 12 Russian GRU agents for attacking the US elections infrastructure in 2016. 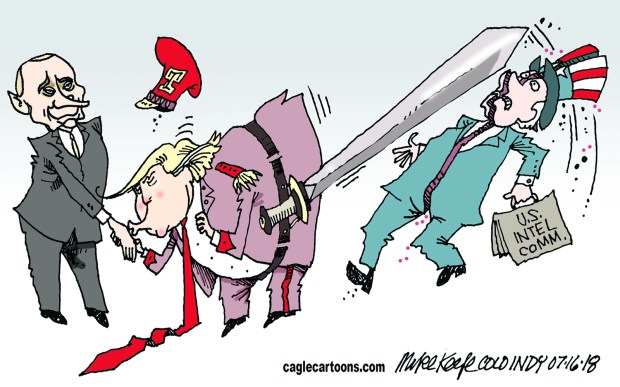 The negative consequences of President Trump having insisted that no credible expert/ witness and or note-taker be present at the Helsinki Trump-Putin summit as the two leaders conducted their business for over two hours is becoming all too apparent. The Russian foreign minister has already been talking about acting on agreements they forged which US officials who should be in the know, have been caught totally flat-footed.

This is in addition, to President Putin having a big win just by President Trump having welcomed him onto the world’s stage. 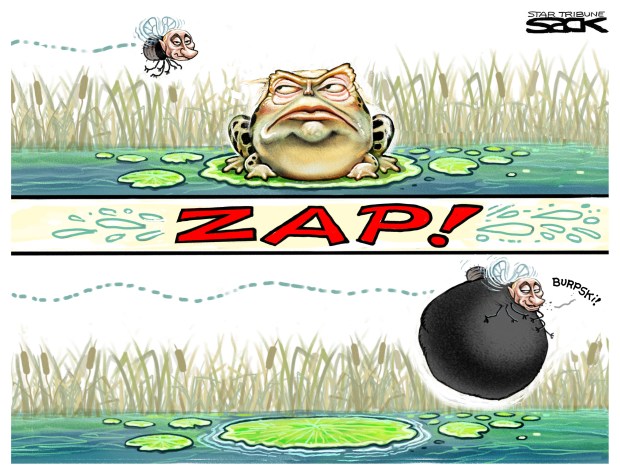 For example, the Russians are demanding access to interview the former US Ambassador to Russia, Michael McFaul and the British financier / former US citizen, Bill Browder who spearheaded the passage of the 2012 Magnitsky Act, as well as others.

The president’s experts will nix this idea, faster than a speeding bullet. It is DOA.

Fortunately, there was a US translator present at that closed door meeting who is a US State Department employee. The Congressional democrats are calling for her to testify at one of their committee hearings but republicans are pushing back on this demand for obvious reasons.

I am 100% certain that Russian intelligence agents have a transcript of everything said by both presidents based on a recording which they can use as leverage against President Trump. We need the republicans in the US Congress to step up to represent primarily the US national security interests vs. party loyalty.

“He said it was an interesting idea. He didn’t commit to anything,” Sanders said at the daily press briefing. “He wants to work with his team and determine if there’s any validity that would be helpful to the process…It was an idea they threw out.”

“This kind of effort should be a mutual one,” Putin said Monday (7/16/18). “We would expect that the Americans would reciprocate.”

“The idea was “an incredible offer,” Trump said.” “In a (Helsinki Trump-Putin summit) joint press conference with Trump (7/16/8), Putin proposed that the U.S. allow Russian officials to interview Americans in exchange for Russia allowing U.S. officials to interview Russians, such as the 12 people recently indicted for their role in hacking Democratic computer systems in 2016.:

“The Russian leader mentioned Browder, whom, he said, “we have an interest of questioning” over tax issues. Browder has been at odds with the Kremlin for years, including because of his advocacy for efforts to sanction Russians suspected of committing human rights violations.”

“On (7/17/18), the Russian Prosecutor General’s office released a wishlist of potential people to extradite, including members of the State and Homeland Security departments and members of the CIA. McFaul, a former ambassador who had strained relations with the Kremlin and has since said he was banned from traveling to Russia, was also included.”

“I hope the White House corrects the record and denounces in categorical terms this ridiculous request from Putin,” McFaul tweeted (718/18). “Not doing so creates moral equivalency between a legitimacy US indictment of Russian intelligence officers and a crazy, completely fabricated story invented by Putin.” 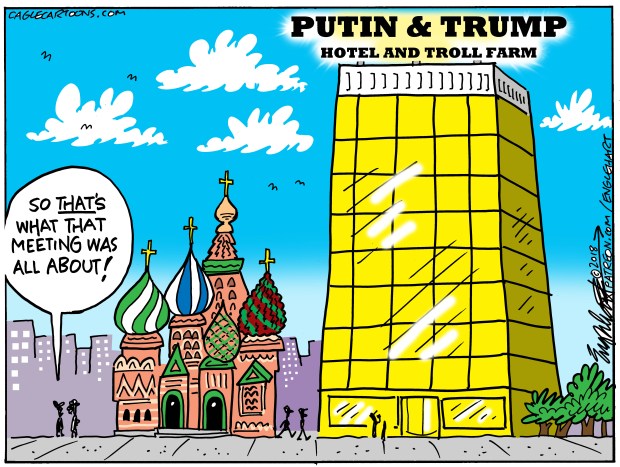 “It would be an extraordinary step to allow Russian investigators access to current or former U.S. officials. Browder, though born in the U.S., is now a British citizen, so it is unclear how a deal involving him would work.”

“The U.S. does not currently have an extradition treaty with Russia. U.S. Ambassador to Russia Jon Huntsman said Sunday on NBC that Moscow would “no doubt” try to change that.”