aside Women Have To Stand Up To President Who Dumped On Dr. Ford/ Senators Don’t Confirm Kavanaugh

It’s bad enough that the republican President Donald Trump is a complete fraud, a misogynist, a Xenophobe, a compulsive liar and the bully-in-chief to where he has to pick on a credible woman Dr. Christine Blasey Ford who at a tremendous personal cost to herself, bravely came forward to testify at the US Senate Judiciary Committee hearing on 9/27/18 about allegedly being sexually assaulted by the Supreme Court nominee Judge Brett Kavanaugh, and his friend Mark Judge during their high school years.

He’s mocking a decent woman to fire up his base of voters and according to the polls, it’s working.  He’s listening to his White House Counsel Don McGahn who’s been the one micromanaging the FBI inquiry into Judge Kavanaugh’s early years to where the FBI agents have been leaking that they have been severely hampered from seeking anything related to the truth. After all Mr. McGahn is simply backing a good friend.

It is important to note that the republican FBI Director Chris Wray and the US Department of Justice Deputy Attorney General Rod Rosenstein are both good friends to Judge Kavanaugh.

As per a 10/1/18 Politico report, “We shouldn’t expect Wray and Rosenstein to stand up and push back against this political interference(by White House into FBI’s probe regarding Judge Kavanaugh). For one, different rules apply to background checks than to independent investigations. Another reason might lie in shared history: These three men go back—way back—in their relationships and shared aspirations.

“First, background checks are not independent investigations. Here, the FBI is very much an organ of the White House, assisting the Senate (meaning today, the Republican majority) in an inherently political mission to examine a presidential nominee. In my experience as Judiciary Committee general counsel working on Supreme Court nominations (under Chairman Joe Biden), FBI background checks are conducted in a spirit of close cooperation between the White House and the president’s political allies on the committee. (Trump admitted as much Monday when he said, “I’m guided by the senators.”) The senators nominally set the direction of the background check, requests from the Senate go through the White House before reaching the FBI, and the results come back to the senators, who can ask for more.” 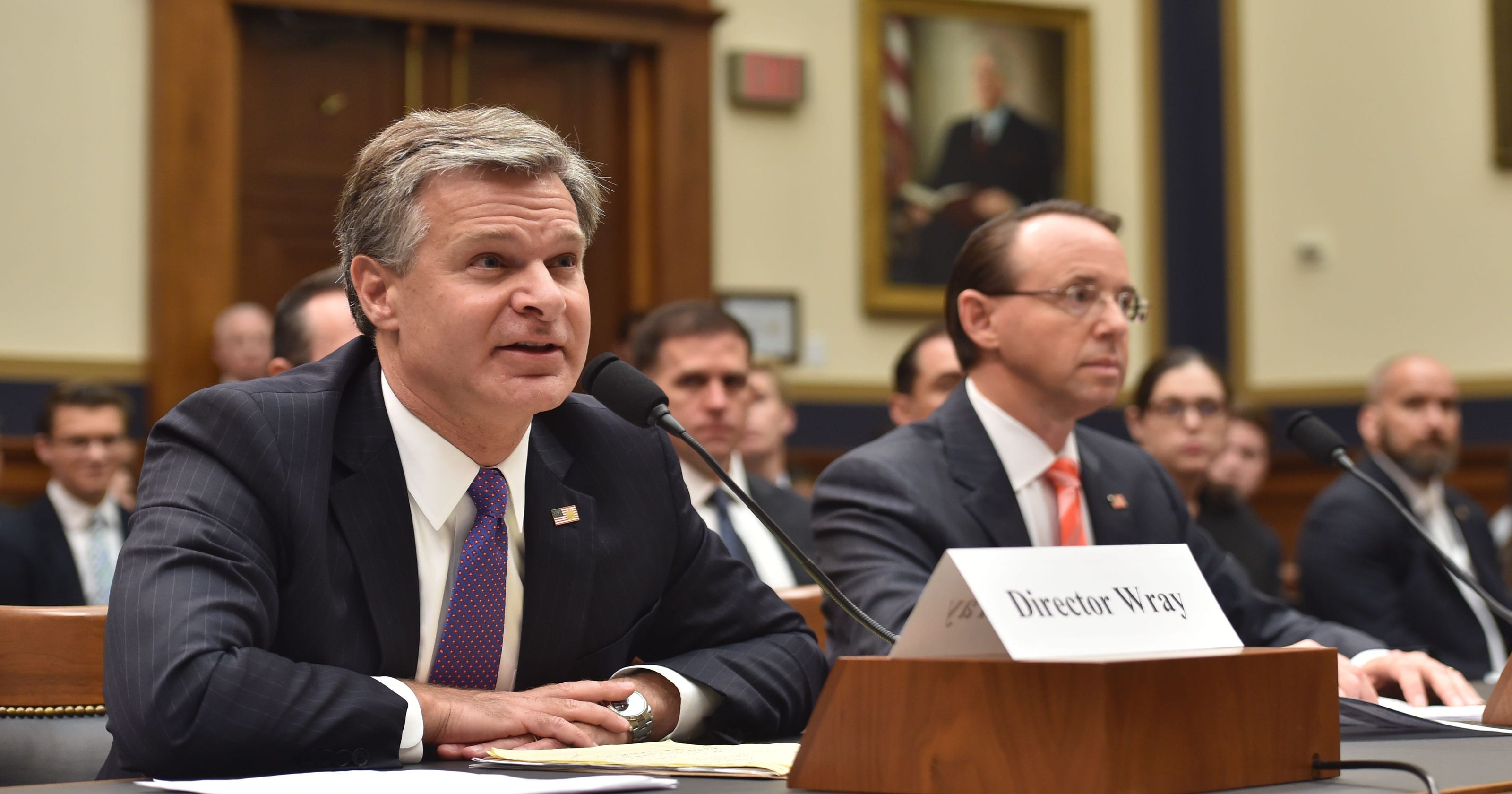 “But there is another reason we cannot expect Wray and Rosenstein to buck White House direction of the investigation. To them, Kavanaugh is not merely the target of an FBI investigation. Kavanaugh is a longtime colleague, political ally and perhaps even friend. The three men have known each other for decades, working closely on the shared mission of advancing conservative judicial and policy goals. We simply cannot expect Wray and Rosenstein to block the advancement of their fellow conservative and longtime colleague to the highest court in the land.”

“Thirty years ago, Wray was two years behind Kavanaugh at Yale College, and followed him to Yale Law School. Famously small and insular, Yale Law School’s reputation is largely liberal but it has an intense, dedicated cadre of conservative professors and students. This conservative group has played an outsized role in conservative judicial circles, as the cradle for the influential Federalist Society back in 1982.”

“Kavanaugh and Wray surely knew each other then, and later. According to their Judiciary Committee questionnaires, each joined The Federalist Society upon starting Yale Law and continued as members up through the Trump administration. The Society’s website shows each were active over the years since, speaking at conferences and contributing to Society publications.”

The FBI agents have been indicating that they’ll have completed its severely limited investigation into Judge Kavanaugh’s history by the 3rd of October 2018.

“For more than two weeks he held back. Against all his instincts, President Trump for the most part resisted directly attacking the woman whose sexual assault allegation has jeopardized his Supreme Court nomination. The accuser was to be treated with kid gloves, like “a Fabergé egg,” as one adviser put it.”

“Mr. Trump could resist only so long and told aides it was time to turn up the heat. So when he revved up a political rally this week by mocking Christine Blasey Ford, he indulged his desire to fight back and galvanized his conservative base even at the risk of alienating the very moderate Republicans he needs to confirm Judge Brett M. Kavanaugh to the Supreme Court.”

The president’s scathing and derisive impression of Dr. Blasey, who has accused Judge Kavanaugh of sexually assaulting her when they were teenagers, came at the same time his Republican allies stepped up their efforts to challenge her veracity. Seizing on a sworn statement from a former boyfriend, Republicans suggested that she had not been fully truthful in her testimony before the Senate Judiciary Committee last week.”

The gloves-off approach could further complicate Mr. Trump’s efforts to confirm Judge Kavanaugh to the Supreme Court by winning over three undecided Republican senators who have insisted that Dr. Blasey’s allegation be taken seriously, Susan Collins of Maine, Jeff Flake of Arizona and Lisa Murkowski of Alaska. All three condemned the president’s rally riff on Wednesday, using phrases like “wholly inappropriate,” “kind of appalling” and “just plain wrong.”

“Even some of the president’s strongest supporters called his attack on Dr. Blasey counterproductive, including Senator Lindsey Graham, Republican of South Carolina and Judge Kavanaugh’s most outspoken supporter, and the hosts of “Fox & Friends,” the president’s favorite morning television program.”

“I would tell him, ‘Knock it off; you’re not helping,’” Mr. Graham said at the Atlantic Festival in Washington.”

“The more aggressive attack on Dr. Blasey’s credibility came after Democrats had spent days picking apart Judge Kavanaugh’s testimony, looking for contradictions to undercut his denials that he ever mistreated women while drunk in high school and college. On Wednesday, Senate Democrats escalated their attack by suggesting there was undisclosed evidence of inappropriate behavior by Judge Kavanaugh in prior F.B.I. background checks for previous positions.” 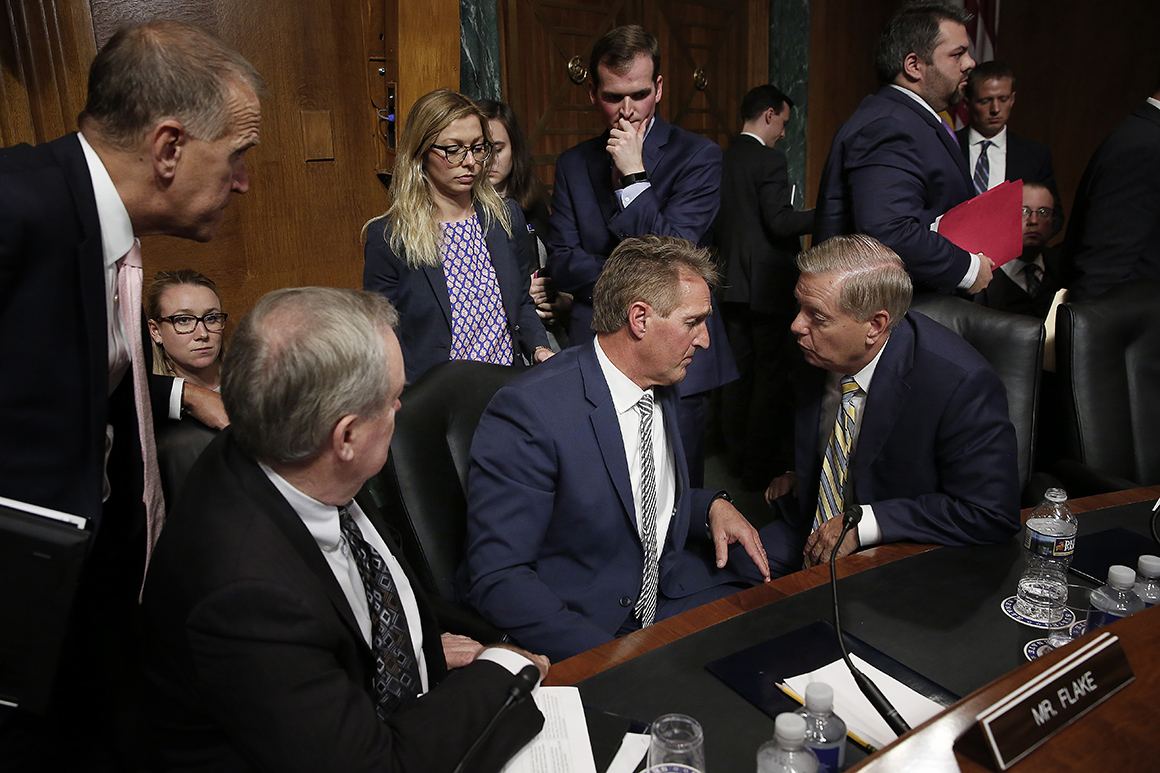 By questioning Dr. Blasey’s truthfulness, Republicans hope to raise similar doubts about her.

“Democrats were clearly mounting an aggressive campaign to question the character of Judge Kavanaugh by calling out his judicial temperament and whether his alcohol use is excessive,” said Ron Bonjean, a Republican strategist who worked for the White House to confirm Justice Neil M. Gorsuch last year. “The reaction to this was a forceful response by Trump and a letter released by the Judiciary Committee that questioned the credibility of Dr. Ford through her memory lapses and a previous relationship.”

“New polls released on Wednesday showed that Dr. Blasey fared better with the public than Judge Kavanaugh did during last week’s hearing. In a survey for NPR, PBS and Marist College, 45 percent of Americans said they believed she was telling the truth, while 33 percent said he was. Forty-one percent of those who responded to Reuters and Ipsos  opposed his confirmation, while 33 percent supported it.” 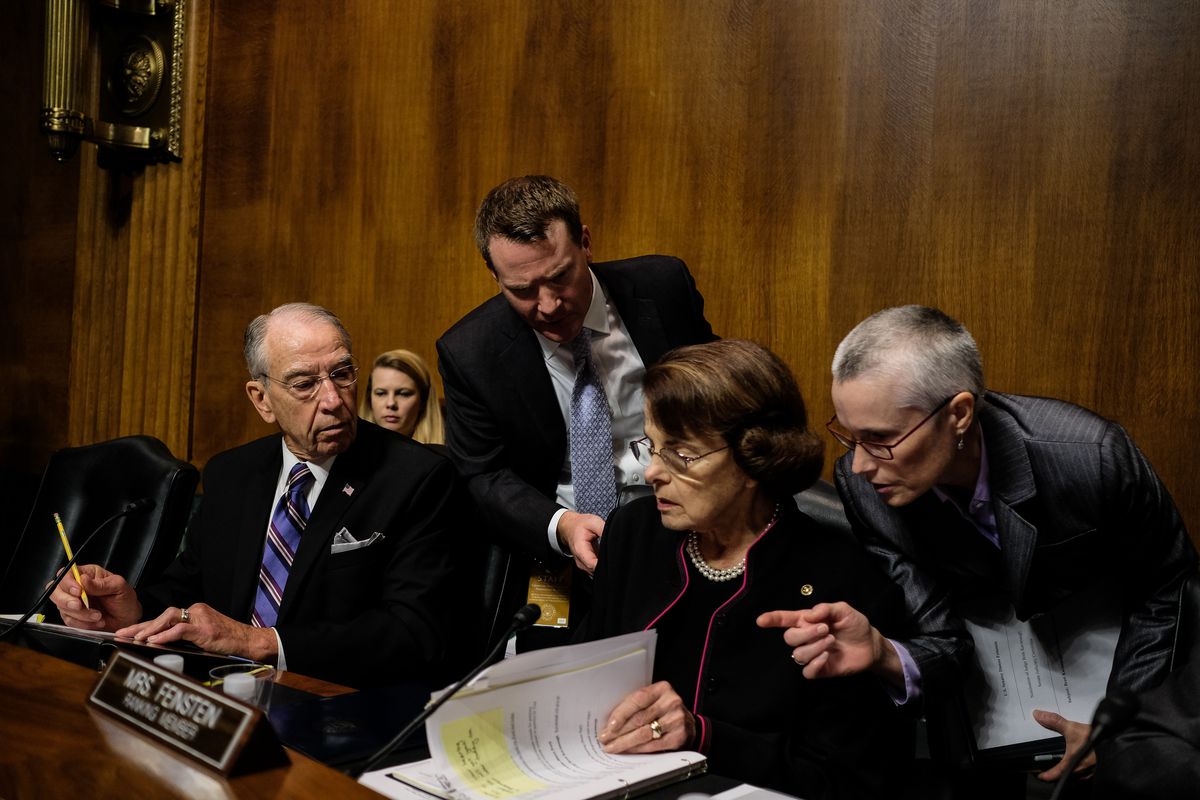 “That was the opposite of what happened after Clarence Thomas was accused of sexual harassment by Anita F. Hill during his 1991 confirmation hearings, when polls showed more Americans believed him than her. The disparate results reflect the changing national attitude toward sexual misconduct in the #MeToo era when the public has been more receptive to women coming forward with allegations.”

“With midterm elections less than five weeks away, that has immediate consequences for Mr. Trump and the Republicans. The Cook Political Report, which tracks congressional races, shifted eight more Republican-held House seats on Wednesday in the direction of Democrats as “the Kavanaugh debate further polarizes voters into red and blue corners.” Still, the NPR/PBS NewsHour/Marist poll found that Republicans were more energized about the election than before, possibly owing to the Supreme Court fight.”

“White House officials insisted on Wednesday that the president was not mocking Dr. Blasey but “stating the facts,” as Sarah Huckabee Sanders, the White House press secretary, put it.”

“That was not how the undecided Republican senators saw it. “I wish he hadn’t have done it, and I just say it’s kind of appalling,” Mr. Flake told NBC News. Ms. Collins told reporters in the Capitol the comments were “just plain wrong.”

“Ms. Murkowski said the remarks would factor into her vote. “I am taking everything into account,” she said. “The president’s comments yesterday mocking Dr. Ford were wholly inappropriate and in my view unacceptable.”