The Washington Post fact checking reporters had to come up with a new fact-checking classification called the “Bottomless Pinocchios” for politicians’ lies which are repeated over and over again while restating similar fact-pattern misstatements. Their fact checkers’ worst category of 4 Pinocchios was no longer sufficient to address major lies by lawmakers.

On December 10, 2018, Glenn Kessler and Joe Fox of the Washington Post penned the following report, “The false claims that Trump keeps repeating”

The Fact Checker has evaluated false statements President Trump has made repeatedly and analyzed how often he reiterates them. The claims included here – which we’re calling “Bottomless Pinocchios” – are limited to ones that he has repeated 20 times and were rated as Three or Four Pinocchios by the Fact Checker.

‘the Trump tax cut was the biggest in history

Trump REPEATED some version of this claim 123 times

Even before President Trump’s tax cut was crafted, he promised it would be the biggest in U.S. history – bigger than Ronald Reagan’s 1981 tax cut. Reagan’s tax cut amounted to 2.9 percent of the gross domestic product and none of the proposals under consideration came close to that level. Yet Trump persisted in this fiction even when the tax cut was eventually crafted to be the equivalent of 0.9 percent of GDP, making it the eighth largest tax cut in 100 years. This continues to be an all-purpose applause line in the president’s rallies. Read more

Trump repeated some version of this claim 117 times

President Trump frequently overstates the size of trade deficits. But he tips into Four-Pinocchio territory with his repeated use of the word “lost” to describe a trade deficit. (Alternatively, he sometimes says China “made” or “took out” $500 billion.) Countries do not “lose” money on trade deficits. A trade deficit simply means that people in one country are buying more goods from another country than people in the second country are buying from the first country. Trade deficits are also affected by macroeconomic factors, such as currencies, economic growth, and savings and investment rates. Read more Trump repeated some version of this claim 99 times

In June 2018, the president hit upon a new label for the U.S. economy: It was the greatest, the best or the strongest in U.S. history. The president can certainly brag about the state of the economy, but he runs into trouble when he repeatedly makes a play for the history books. By just about any important measure, the economy today is not doing as well as it did under Presidents Dwight D. Eisenhower, Lyndon B. Johnson or Bill Clinton — or Ulysses S. Grant.Read more

Trump repeated some version of this claim 87 times

During the presidential election, Trump consistently inflated the U.S. contribution to the North Atlantic Treaty Organization. Once he became president, his inaccuracy has persisted, but with a twist. He often claims that “billions and billions” of dollars have come into NATO because of his complaints. All that is happening is that members have increased defense spending as a share of their economies — a process that was started before Trump even announced his candidacy. Read more

The U.S. has started building the wall

Trump repeated some version of this claim 86 times

President Trump has sought $25 billion to fund his long-promised wall along the southern border. But Congress has not given it to him. There was nearly $1.6 billion included in the appropriations bill he signed early in 2018 for border protection, but the legislative language was specific: None of the funds could be used for Trump’s border wall prototypes. Instead the money was restricted to fencing, and it was generally used for replacement fencing. He also frequently overstates the amount of money he has obtained for the nonexistent wall. Read more

The U.S. has the loosest immigration laws in the world — thanks to Democrats

Trump repeated some version of this claim 52 times

Trump repeatedly claims that the United States has the loosest immigration laws, but that’s simply not true. In fact, the United States has among the world’s most restrictive laws, placing it 25th among developing nations in welcoming immigrants, according to data from the Organization for Economic Cooperation and Development. The president frequently blames Democrats for the current legal system but that’s wrong, too — much of current immigration policy was decided either under a Republican president or through court cases. Read more

Democrats colluded with Russia during the campaign

Trump repeated some version of this claim 42 times

Throughout the special counsel’s investigation of possible ties between the Trump campaign and Russia, Trump has sought to deflect attention by asserting that the Democrats colluded with Russia. But he has little evidence to make his case, which largely rests on the fact that the firm hired by Democrats to examine Trump’s Russia ties at the same time was working to defend a Russian company in U.S. court. In fact, U.S. intelligence agencies found that Russian entities hacked Democratic leaders’ email during the campaign. Read more

Trump repeated some version of this claim 40 times

In demanding a wall on the southern border, Trump has asserted that it would stop the flow of drugs. But the Drug Enforcement Administration says that most illicit drugs enter the United States through legal ports of entry. Traffickers conceal the drugs in hidden compartments within passenger cars or hide them alongside other legal cargo in tractor-trailers and drive the illicit substances right into the United States. Meanwhile, fentanyl, a deadly synthetic opioid, can be easily ordered online, even directly from China. Read more

Trump repeated some version of this claim 37 times

This is one of Trump’s strangest claims. Since he imposed tariffs on steel, the president has repeatedly claimed that U.S. Steel was building new steel plants. Depending on his mood, the number has ranged from six to nine plants. But U.S. Steel made no such announcement. It merely stated that it would restart two blast furnaces at the company’s Granite City Works integrated plant in Illinois — one in March and the other in October, for a total of 800 jobs. The company in August also said it would upgrade a plant in Gary, Ind., but without creating any new jobs. Read more

The U.S. has spent $6 triliion (or more) on Middle East wars

Trump repeated some version of this claim 36 times

Trump started making a version of this claim shortly after taking office, first claiming $6 trillion but then quickly elevating it to $7 trillion. Trump acts as if the money has been spent, but he is referring to a study that included estimates of future obligations through 2056 for veterans’ care. The study combines data for both George W. Bush’s war in Iraq (2003) and the war in Afghanistan (2001), which is in Central/South Asia, not the Middle East. The cost of the combined wars will probably surpass $7 trillion by 2056, when interest on the debt is considered, almost four decades from now. Read more

Thousands of MS-13 members have been removed from the country

Trump repeated some version of this claim 33 times

Within six months of becoming president, the president began claiming that his administration had deported thousands of members of the violent MS-13 gang. There had been a crackdown, but the count is in the hundreds. Then, he expanded the claim to say thousands had been deported or imprisoned. But there is nothing that supports these claims. For most of the country, MS-13 is not a threat; the estimated 10,000 members are concentrated in a few Hispanic communities, primarily around Long Island, Los Angeles and the Washington area. Read more 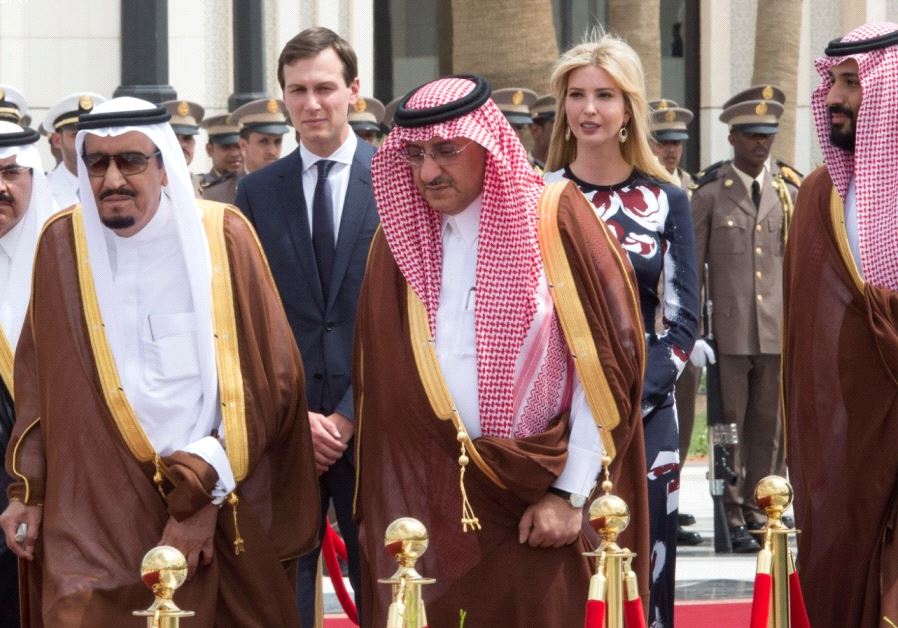 Inflating gains from a 2017 trip to Saudi Arabia

Trump repeated some version of this claim 23 times

Trump has repeatedly inflated the gains from his 2017 trip to Saudi Arabia, upping the amount from $350 billion to $450 billion when he came under fire for defending crown prince Mohammed bin Salman. According to the CIA, Mohammed ordered the killing of Washington Post contributing columnist Jamal Khashoggi. The administration, with double-counting, could only document $270 billion in tentative agreements. Separately, Trump inflated the jobs said to be created from the purported investments. Many are in Saudi Arabia, indicating few jobs would be created for Americans. Read more

The Fact Checker’s ongoing database of the false or misleading claims made by President Trump since assuming office: