Once upon a time, there were many Evangelicals who were genuinely concerned about the issues surrounding climate change. In 2005, there was even  position paper—written the year before An Inconvenient Truth kick-started sense of public urgency around climate change—included a call for evangelicals to protect God’s creation, and to embrace the government’s help in doing so. The (National Association of Evangelicals) NAE’s board had already adopted it unanimously before presenting it to the membership for debate. The leader championing the cause of addressing climate change science, NAE’s vice president of governmental affairs Richard Cizik was eventually forced out on the prestext that he was favorable towards LGBTQ rights. In short, he was like most of the Christians that I know which made him unacceptable to the far right. 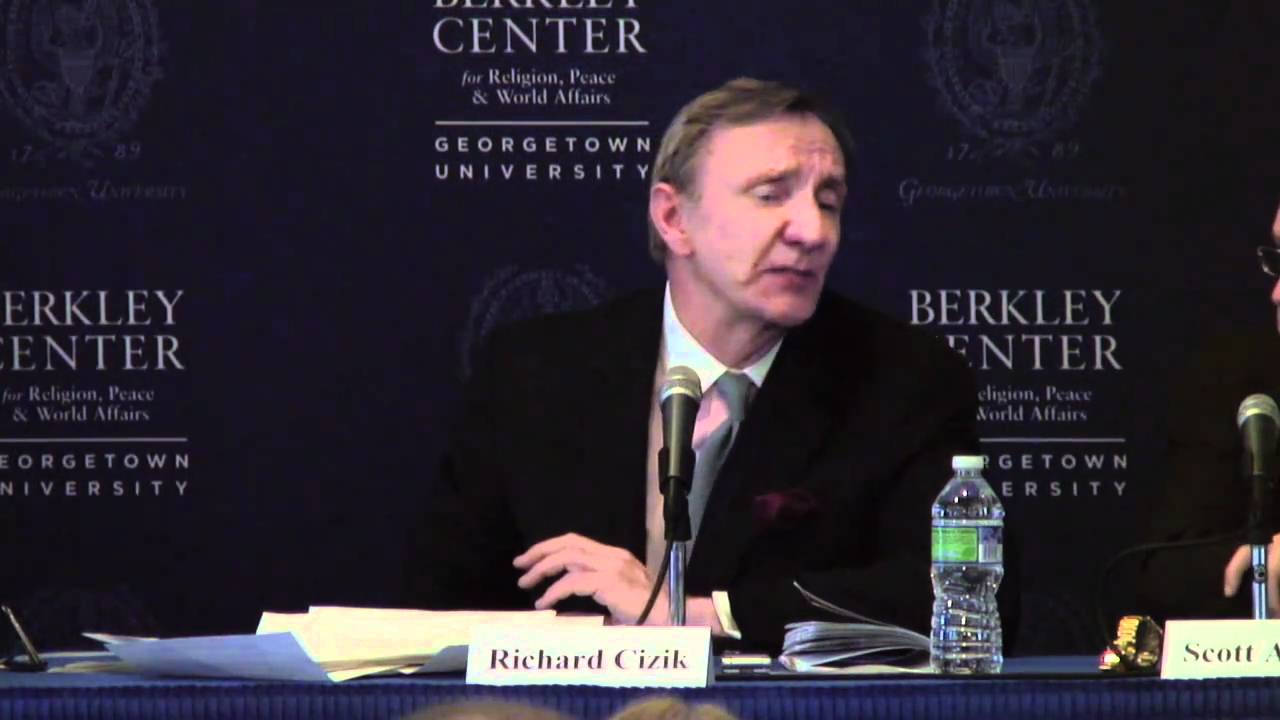 Here’s the history of the marriage of convenience among the Fossil fuel industry titans, the White Evangelical community and President Trump’s Republican Party.

On 8/8/2017, Brendon O’Connor of Splinter penned the following report, “How Fossil Fuel Money Made Climate Change Denial the Word of God”

In 2005, at its annual meeting in Washington, D.C., the National Association of Evangelicals was on the verge of doing something novel: affirming science. Specifically, the 30-million-member group, which represents 51 Christian denominations, was debating how to advance a new platform called “For the Health of a Nation.” The position paper—written the year before An Inconvenient Truth kick-started sense of public urgency around climate change—included a call for evangelicals to protect God’s creation, and to embrace the government’s help in doing so. The NAE’s board had already adopted it unanimously before presenting it to the membership for debate. But surprise, surprise, the rank-and-file membership rejected the effort. Like the fossil fuel industries, they decided that recognizing climate change was against their political interests.”

“At the time, many in the evangelical movement were uncomfortable with its close ties to the Republican anti-environmental regulation agenda. That year, a group called the Evangelical Alliance of Scientists and Ethicists protested the GOP-led effort to rewrite the Endangered Species Act, and the NAE’s VP of governmental affairs Richard Cizik pushed for the organization to endorse John McCain and Joe Lieberman’s cap-and-trade bill. “For the Health of a Nation,” which Cizik also pushed, was an opportunity to draw a bright line between their support of right-wing social positions on abortion and civil rights and a growing sentiment that God’s creation needed protection from industry.”

“At the behest of a group called the Interfaith Stewardship Alliance/ now called Cornwall Alliance (As per exxonsecrets.org, this was one of the organizations Exxon funded to promote climate change skepticism.), the board buckled, releasing a statement in February 2006 “recognizing the ongoing debate” on global warming and “the lack of consensus among the evangelical community on the issue.” Just days later, an outside group of 86 evangelical leaders, under the aegis of the Evangelical Climate Initiative, issued a “Call to Action” declaring that climate change was real and that “millions of people could die from it in this century.”

Conservative groups, funded by fossil fuel magnates, spend approximately one billion dollars every year interfering with public understanding of what is actually happening to our world.

“For his trouble, Cizik was targeted by a collection of hard right Christians, who petitioned the NAE board to muzzle him or force him to resign. “Cizik and others are using the global warming controversy to shift the emphasis away from the great moral issues of our time, notably the sanctity of human life, the integrity of marriage, and the teaching of sexual abstinence and morality to our children,” their letter read. It also implied that Cizik, who had worked for the NAE for nearly three decades, supported abortion, giving condoms to children, and infanticide.”

“The NAE did eventually endorse climate action in 2015. But it was too late. By that time, a corps of right-wing Christians, funded by fossil-fuel interests, had hijacked the public and political machinery of the evangelical movement. They’re now in the White House, where the anti-environmental agenda is dominated by Christian fundamentalists like EPA Commissioner Scott Pruitt while the more moderate views of former ExxonMobil CEO Rex Tillerson are ignored.”

This is the story of how they did it…

“At a town hall in Michigan last May (2017), Republican Rep. Tim Walberg assured his constituents that, while the climate may be changing, they don’t need to be concerned. “As a Christian, I believe that there is a creator in God who is much bigger than us,” he told them. “And I’m confident that, if there’s a real problem, He can take care of it.”

“This idea—that whatever happens in God’s creation happens with His blessing—has deep roots in the American evangelical community, especially among the elite fundamentalists who walk the halls of power in Washington, D.C.” 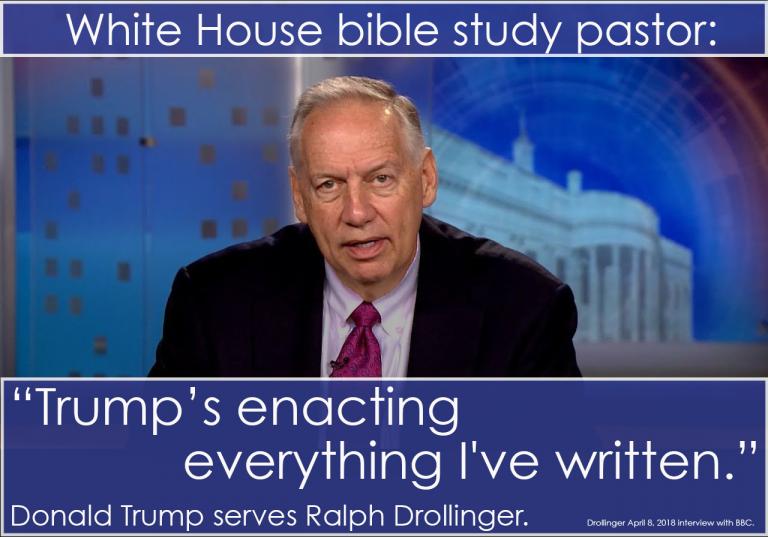 “For years, an evangelical minister named Ralph Drollinger has held weekly Bible studies for members of Congress, preaching that social welfare programs are un-Christian and agitating for military action against Iran. (In December 2015, he expressed his desire to shape Donald Trump into a benevolent, Christian dictator.) Drollinger also teaches that climate change caused by humans is impossible in light of God’s covenant with Noah after the Flood: “To think that man can alter the earth’s ecosystem—when God remains omniscient, omnipresent and omnipotent in the current affairs of mankind—is to more than subtly espouse an ultra-hubristic, secular worldview relative to the supremacy and importance of man,” he wrote recently.”

“Conservative groups, funded by fossil fuel magnates, spend approximately one billion dollars every year interfering with public understanding of what is actually happening to our world. Most of that money—most of the fraction of it that can be tracked, anyway—goes to think tanks that produce policy papers and legislative proposals favorable to donors’ interests, super PACs that support politicians friendly to industry or oppose those who are not, or mercenary lobbyists and consultants, in some instances employing the same people who fought to suppress the science on smoking. In terms of impact, however, few investments can rival the return that the conservative donor class has gotten from the small cohort of evangelical theologians and scholars whose work has provided scriptural justifications for apocalyptic geopolitics and economic rapaciousness.”

The Cornwall Alliance is an enforcer, stifling dissent in the evangelical community, smothering environmentalist tendencies before they gain a following.

“Throughout the history of the church, people have always found ways to use God and scripture to justify empire, to justify oppression and exploitation,” Kyle Meyaard-Schaap, an organizer with a pro-environmental Christian group called Young Evangelicals for Climate Action (YECA), told me. “It’s a convenient theology to hold, especially when we are called to drastic, difficult action.”

Many of these soothsayers are gathered together in an organization called the Cornwall Alliance—formerly known as the Interfaith Stewardship Alliance, the same group that mobilized against Cizik’s environmental proposal—a network with ties to politicians and secular think tanks across the conservative landscape. In 2013, Cornwall published an anti-environmentalist manifesto called Resisting the Green Dragon. “False prophets promise salvation if only we will destroy the means of maintaining our civilization. No more carbon, they say, or the world will end and blessings will cease,” it warns. “Pagans of all stripes now offer their rival views of salvation, all of which lead to death.” Members of the Cornwall Alliance and their ilk aren’t simply theoreticians but enforcers, stifling dissent in the wider American evangelical community, smothering environmentalist tendencies before they gain a following.

Link to report: How Fossil Fuel Money Made Climate Change Denial the Word of God