What Will Be Political Price Tag If House Democrats Don’t Begin An Impeachment Inquiry?

Many of us have been pushing for the US House Democrats to at least commence an impeachment inquiry which does not have to result in an impeachment of President Trump based on his felonious acts as enumerated in the FBI’s 3/22/2019 final report regarding its Trump-Russia probe which spanned 22 months, led by the Special Counsel Robert Mueller III.

To date over 900 federal prosecutors from both political parties have gone on the record to assert that based on the FBI’s Mueller findings, that if the republican President Donald Trump were not president, he would have been criminally indicted.

It doesn’t help that the Attorney General William Barr as the head of the powerful US Department of Justice (DOJ) proved that he’s the president’s lackey by purposely mis-characterizing the FBI’s 3/22/2019 final report in a 3/24/2019 summary which bears little resemblance to the content in the actual report which wasn’t available for public consumption until 4 weeks later. This means that he will do absolutely nothing to hold President Trump accountable for any of his misdeeds.

The US House Democrats within the US Congress represent the only governmental entity that has been empowered by the US Constitution to hold President Trump accountable for his flagrant display of lawlessness. If he perceives that he will not pay a price, he will only be emboldened to push the envelop to test how much authoritarian type behaviors he can get away with doing, and this sets a dangerous precedent for the next couple of years and for future lawless presidents.

How will future history books depict US House Democrats if they choose not to do their constitutionally mandated duty to hold President Trump criminally liable when his misdeeds far exceed what past impeached presidents have done, even though they were never ousted by the US Senate? There’s no way, President Trump would want to have his legacy marred with the mark of having been “impeached.” 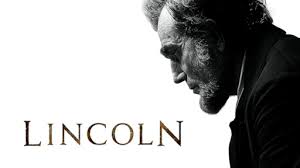 As per 5/23 Atlantic article by Quinta Jurecic,  “Impeachment Is a Refusal to Accept the Unacceptable” (“Taking action against Trump is a rejection of the idea that nothing matters:”

Once upon a time, President Lincoln warned of the “approach of danger,” in context, was less about the political fracturing that would lead to the Civil War and more about the creeping acceptance of what should have been unacceptable. He decried “the increasing disregard for law which pervades the country; the growing disposition to substitute the wild and furious passions in lieu of the sober judgment of courts; and the worse than savage mobs for the executive ministers of justice.” It was this, in his mind, that pointed toward the death of the nation. The antidote he offered was “the support of the Constitution and laws.” In the absence of that, the cynical country would become vulnerable to the approach of a dictator: “Distinction will be his paramount object … and nothing left to be done in the way of building up, he would set boldly to the task of pulling down.”

“Here are the facts: The president is unsuited to his office. That should have been obvious well before the release of the special counsel’s report, but the text of the report, even with a smattering of redactions, makes his unfitness brutally clear. He shows no understanding of the responsibilities of the presidency. He delights in the abuse of his power. As Memorial Day approaches, he is reportedly planning to celebrate the holiday by pardoning, among other service members accused of war crimes, a Navy SEAL scheduled to stand trial for the murder of multiple unarmed Iraqi civilians.”

“To respond appropriately to Donald Trump’s behavior is to risk appearing absurd, because his own conduct is so extreme that any proportionate reaction could be deemed an overreaction. The industry of anti–anti-Trumpism is devoted to describing opposition to the president as hysterical—but an emotional excess of anger and sadness is exactly what this excessive presidency merits. What this means, in part, is that reaction to the president muted by circumstance or a desire to appear “reasonable” will always be insufficient. The only adequate response to Trump is the cry of protest. But every protest ends, even as the outrages that provoked it persist.”

“There is a constitutional mechanism for sounding that outrage in a more enduring way. It’s the impeachment process.”

Speaker of the House Nancy Pelosi remains firmly opposed to beginning impeachment proceedings, even as multiple Democratic members of the House Judiciary Committee have called for the start of an inquiry and one Republican, Representative Justin Amash, has outright declared that the president should be impeached. Pelosi’s argument appears to be that there is no need to begin this process; that Democrats can obtain information through litigation without resorting to an impeachment inquiry; and that such an inquiry risks shoring up support for Trump as the country heads toward the next presidential election.

“This is a very practical argument. But there is value to an impeachment inquiry—and to impeachment—as an act in itself, regardless of whether the Senate will convict or what the president’s supporters will think.”

“Pelosi and the more hardheaded Democratic strategists regard this position as overly idealistic. That’s the point.”

“I have returned again and again in recent weeks not just to the (Lincoln) Lyceum Address, but also to Albert Camus’ The Rebel—the philosopher’s attempt to grapple with what it means to live morally in an absurd world. For Camus, the foundational human experience is one of outrage: a “fruitless struggle with facts,” an “incoherent pronouncement” of pain and frustration with injustice.”

“Camus’ reasoning can apply to an almost endless range of situations, from frustration with a corrupt political regime to rage at the inevitability of death and the silence of God. Much is absurd about the Trump administration in a colloquial sense: Consider the spectacle of a tweeting commander in chief, the most powerful man in the world spending his time insisting on falsehoods and sniping over obvious insults. But his presidency is also absurd in the philosophical sense. What better to emphasize the gap between the desire for the Constitution to mean something and the reality of the document as some words on paper than the scene of Donald J. Trump swearing an oath to “faithfully execute the Office of President of the United States, and … preserve, protect and defend the Constitution”?”

The Constitution is what Camus would call a “closed universe”—a space of “coherence and unity” in an incoherent world, in which words carry weight and actions have consequences. Trump’s disrespect for the law is a reminder of how fragile that structure of meaning can be. For that reason, there is a real service in using impeachment proceedings to push back against the notion that, in the parlance of the internet, “lol nothing matters.”

Susan Hennessey and I have argued that the House of Representatives has a duty to begin an impeachment inquiry insofar as representatives swear an oath to “support and defend the Constitution” and to “well and faithfully” execute the duties of their office. Another way of saying this is that an impeachment inquiry depends on an insistence that this oath really means something—and that the president’s oath means something as well. Keith Whittington, likewise, has written that impeachment is partially a matter of “norm creation and norm reinforcement.” And Yoni Appelbaum argued that the impeachment of Andrew Johnson “drew the United States closer to living up to its ideals.”

The House should take up the task of examining the president’s conduct as detailed in the Mueller report and evaluating whether it is fitting of the person who holds the nation’s highest office. It should investigate the many other instances of potentially impeachable conduct by the president, from tweets to pardons. It should debate how to understand what constitutes a “high crime and misdemeanor,” and whether relatively minor offenses can accumulate over time into something worthy of impeachment. The House should fulfill its constitutional duties and the process of constitutional interpretation, which by its nature is a declaration that the Constitution holds some significance.”

On May 14, 2019, Andrew Cohen of the Brennan Center penned the following analysis, “History Will Judge Those In Congress Unwilling to Judge Trump” (“The House has to hold the president accountable even if the Senate won’t.”)

We continue our intensifying national discussion about impeachment this week learning that President Trump and his allies in the executive branch are actively working to block 20 separate congressional investigations into presidential misconduct, administration corruption, and the Trump family’s finances. House Democrats tell the Washington Post that the White House has refused or failed to comply with at least 79 requests for documents or testimony. This is not the garden-variety give-and-take negotiations between the legislative and executive branch we have seen for generations. This is presidential obstruction as a declared matter of policy.

“It’s not going to get better so long as Trump feels he pays no political price for his tactics, and by that measure alone, House Democrats might be justified in going beyond subpoenas to a Judiciary Committee impeachment inquiry.”

“Legal analyst Jeffrey Toobin is right when he says that the Trump administration’s level of corruption and obstruction is something profoundly different and darker from anything the Constitution is designed to protect against.

“This level of presidential contempt — in every sense of the word — poses a problem for Rep. Jerrold Nadler, the chairman of the House Judiciary Committee. He is getting grief from some Democrats for not getting tougher with Trump. (Recently, we learned) learned the president thinks it is okay to talk with his attorney general about criminal investigations into his political adversaries.” “House Democrats will, eventually, initiate impeachment proceedings. I think that’s the most likely scenario now that the congressional subpoenas have started flying toward Trump aides and third-parties and the ersatz claims of executive privilege have been “asserted.” The quicker these weighty legal and constitutional issues get into federal court the better.

“But it’s on the Republican side of Congress where the most fascinating action is likely to come. Last week, we learned that diehard fealty to conservative principles, expressed in countless votes for Republican priorities, doesn’t insulate a senator like Richard Burr of North Carolina from Trump supporters’ wrath. On behalf of the Senate Intelligence Committee, and to his credit, he signed off on a subpoena to Donald Trump Jr. to finally get the president’s son to answer questions about his dubious testimony about the Trump team’s Russia ties.”

“There is not a single Republican member of the Senate who was in Congress during the Clinton impeachment who cannot expose himself as an utter hypocrite. I am old enough to remember then-Rep. Lindsey Graham’s relentless sanctimony during the Clinton proceeding.”

“House Democrats should initiate impeachment proceedings against Trump not just because those proceedings will strengthen the legal case Congress has to get access to documents and testimony the White House is trying to hide. They should do so because there’s virtually no other meaningful way to hold the president accountable. It is vital that we all see as much of that evidence as is possible. And, if the evidence supports it, the House should impeach this president and force all those Senate Republicans to go on the record, for posterity, about why they think this president has not committed “high crimes and misdemeanors.” Let these men and women be forced to account to history.

The writers of Saturday Night Live get it. An instant-classic skit this past weekend asked, only half-comedically, what it’d take for Senate Republicans to stop defending Trump and start defending Congress’s authority — responsibility actually — to provide oversight over the executive branch. “We’ll always be ride or die,” says the faux McConnell to uproarious studio laughter. The gag would be a whole lot funnier if partisan voter suppression ploys weren’t already in place to tip the scales in favor of Republican control of the Senate.”