I don’t get why US Congressional House oversight committees aren’t holding hearings regarding how vulnerable US elections security systems are right now and will be, without an intervening remedy. “We the People” have to demand the right to know that the integrity of our vote is protected.

Within the past 6 months, numerous credible government officials have gone public regarding the reality of Russia and other nefarious actors planning to repeat the 2016 attack on US elections/ voting infrastructure, in 2020 and that not enough is being done to protect these systems. These officials include the former FBI Director of 12 years and the recent FBI’s Special Counsel Robert Mueller III, the current FBI Director Chris Wray, the exiting DNI Director Dan Coats, and the former DHS Secretary Kirstjen M. Nielsen, for starters.

But for some reason known only by the US Senate majority Leader Mitch McConnell, he has been refusing to allow even bipartisan election security laws from reaching the Senate’s floor to be debated and to have the lawmakers vote on it.

Here’s the latest news, as to how vulnerable US voting systems are…

On August 8,2019, Kim Zetter of Vice News penned the following report, “Exclusive: Critical U.S. Election Systems Have Been Left Exposed Online Despite Official Denials” (“The top voting machine company in the country insists that its election systems are never connected to the internet. But researchers found 35 of the systems have been connected to the internet for months and possibly years, including in some swing states.”)

“For years, U.S. election officials and voting machine vendors have insisted that critical election systems are never connected to the internet and therefore can’t be hacked.”

“But a group of election security experts have found what they believe to be nearly 3 dozen backend election systems in 10 states connected to the internet over the last year, including some in critical swing states. These include systems in nine Wisconsin counties, in four Michigan counties, and in seven Florida counties—all states that are perennial battlegrounds in presidential elections.”

“The researchers and Motherboard have been able to verify that at least some of the systems in Wisconsin, Rhode Island, and Florida are in fact election systems. The rest are still unconfirmed, but the fact that some of them appeared to quickly drop offline after the researchers reported them suggests their findings are on the mark.”

“We … discovered that at least some jurisdictions were not aware that their systems were online,” said Kevin Skoglund, an independent security consultant who conducted the research with nine others, all of them long-time security professionals and academics with expertise in election security. Skoglund is also part of an advisory group, not associated with the research, that is working with the National Institute of Standards and Technology to develop new cybersecurity standards for voting machines. “In some cases, [the vendor was] in charge [of installing the systems] and there was no oversight. Election officials were publicly saying that their systems were never connected to the internet because they didn’t know differently.”

“The systems the researchers found are made by Election Systems & Software, the top voting machine company in the country. They are used to receive encrypted vote totals transmitted via modem from ES&S voting machines on election night, in order to get rapid results that media use to call races, even though the results aren’t final.”

“Generally, votes are stored on memory cards inside the voting machines at polling places. After an election, poll workers remove these and drive them to county election offices. But some counties want to get their results faster, so they use wireless modems, either embedded in the voting machines or externally connected to them, to transmit the votes electronically. The system that receives these votes, called an SFTP server, is connected to the internet behind a Cisco firewall.”

For security reasons, the SFTP server and firewall are only supposed to be connected to the internet for a couple of minutes before an election to test the transmission, and then for long enough after an election to transmit the votes. But the researchers found some of the systems connected to the internet for months at a time, and year-round for others, making them vulnerable to hackers.

Hacking the firewall and SFTP server would allow an attacker to potentially intercept the results as they’re transmitted and send fake results to the FTP server, depending on how securely the ES&S system authenticates the data. Although the election results that are transmitted via modem are unofficial—official votes are taken directly from the voting machine memory cards when they arrive at county offices—a significant discrepancy between the unofficial tallies and the official ones would create mistrust in the election results and confusion about which ones were accurate.”

“These are all secure technologies that if [configured] correctly work just fine. It’s just that we have no faith that they are done correctly.”

“But Motherboard has learned that connected to the firewalls are even more critical backend systems—the election-reporting module that tabulates the unofficial votes as well as the official ones, and the election-management system that is used in some counties to program voting machines before elections. The researchers said that gaining access through the firewall to these systems could potentially allow a hacker to alter official election results or subvert the election-management system to distribute malware to voting machines through the USB flash drives that pass between this system and the voting machines.”

“Online, the researchers can only see the firewalls configured in front of these systems and cannot see anything behind them—a federal law makes it illegal for them to probe beyond the firewall. But ES&S documents posted online in various counties show that these critical backend systems are connected to the firewall, and ES&S also confirmed to Motherboard that this is the correct architecture in counties that want to transmit results electronically.” 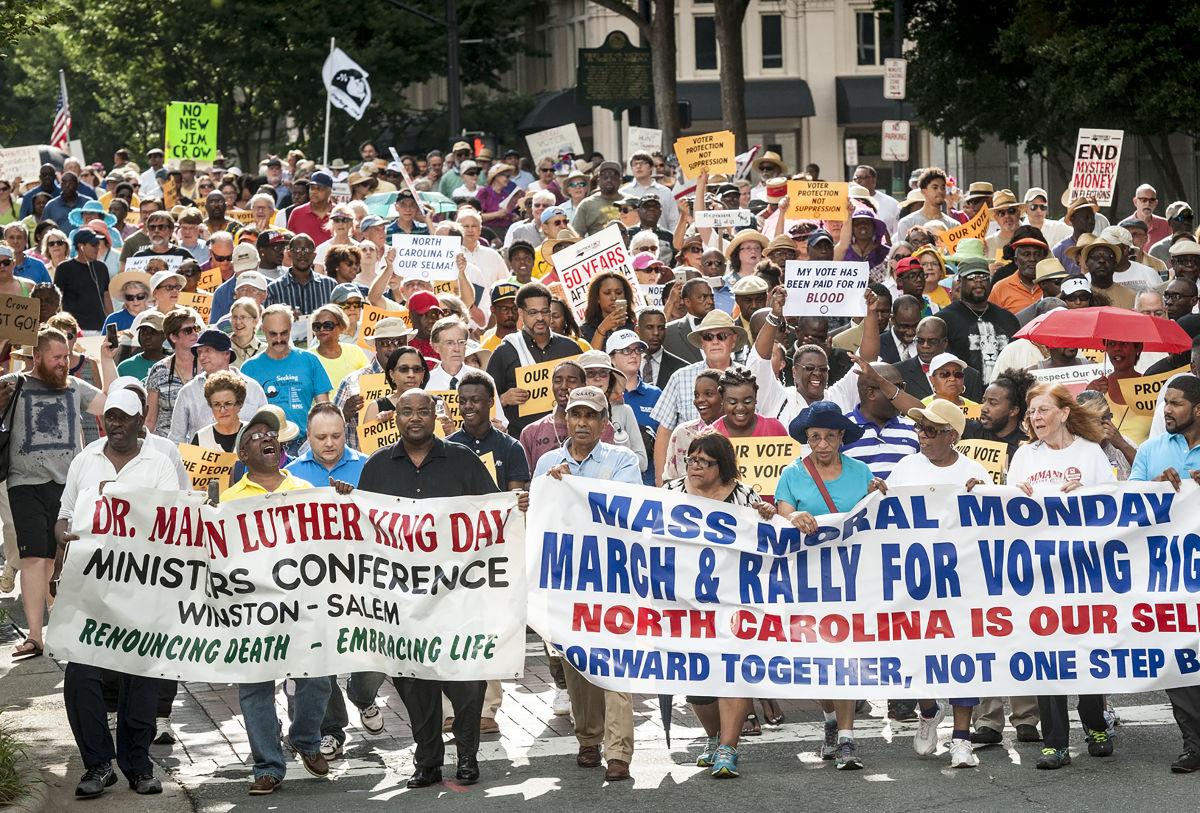 There’s nothing connected to the firewall that is exposed to the internet,” Gary Weber, vice president of software development and engineering for ES&S, told Motherboard. “Our [election-management system] is not pingable or addressable from the public internet.” This makes them invisible to bad actors or unauthorized users, he said. 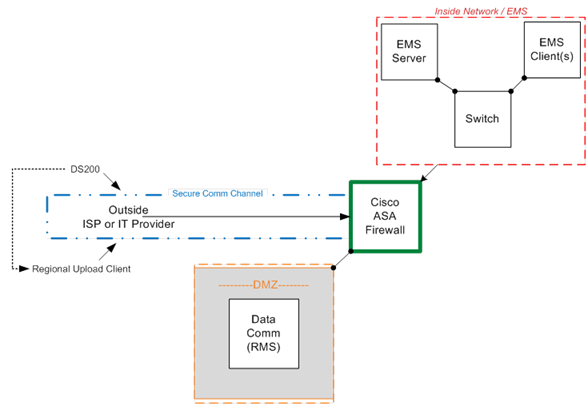 ES&S DIAGRAM SHOWING THE CONFIGURATION FOR THE CISCO ASA FIREWALL THAT SITS ON THE INTERNET IN FRONT OF AN FTP SERVER THAT RECEIVES VOTES TRANSMITTED FROM VOTING MACHINES. (THE FTP SERVER IS LABELED HERE AS DATA COMM RMS, FOR RESULTS MANAGEMENT SYSTEM). THE DIAGRAM ALSO SHOWS THE BACKEND ELECTION-MANAGEMENT SYSTEM (EMS), WHICH IS USED IN SOME JURISDICTIONS TO PROGRAM VOTING MACHINES BEFORE EACH ELECTION, AND THE REPORTING SYSTEM (EMS CLIENT) THAT COLLECTS VOTES FROM THE FTP SERVER AND TABULATES THE RESULTS. ELEVEN STATES USE ES&S’S DS200 OPTICAL SCAN MACHINES WITH MODEMS TO TRANSMIT RESULTS ON ELECTION NIGHT (THE NUMBER OF COUNTIES IN A STATE THAT DO THIS VARIES). IMAGE: ES&S

“But Skoglund said this “misrepresents the facts.” Anyone who finds the firewall online also finds the election-management system connected to it.” 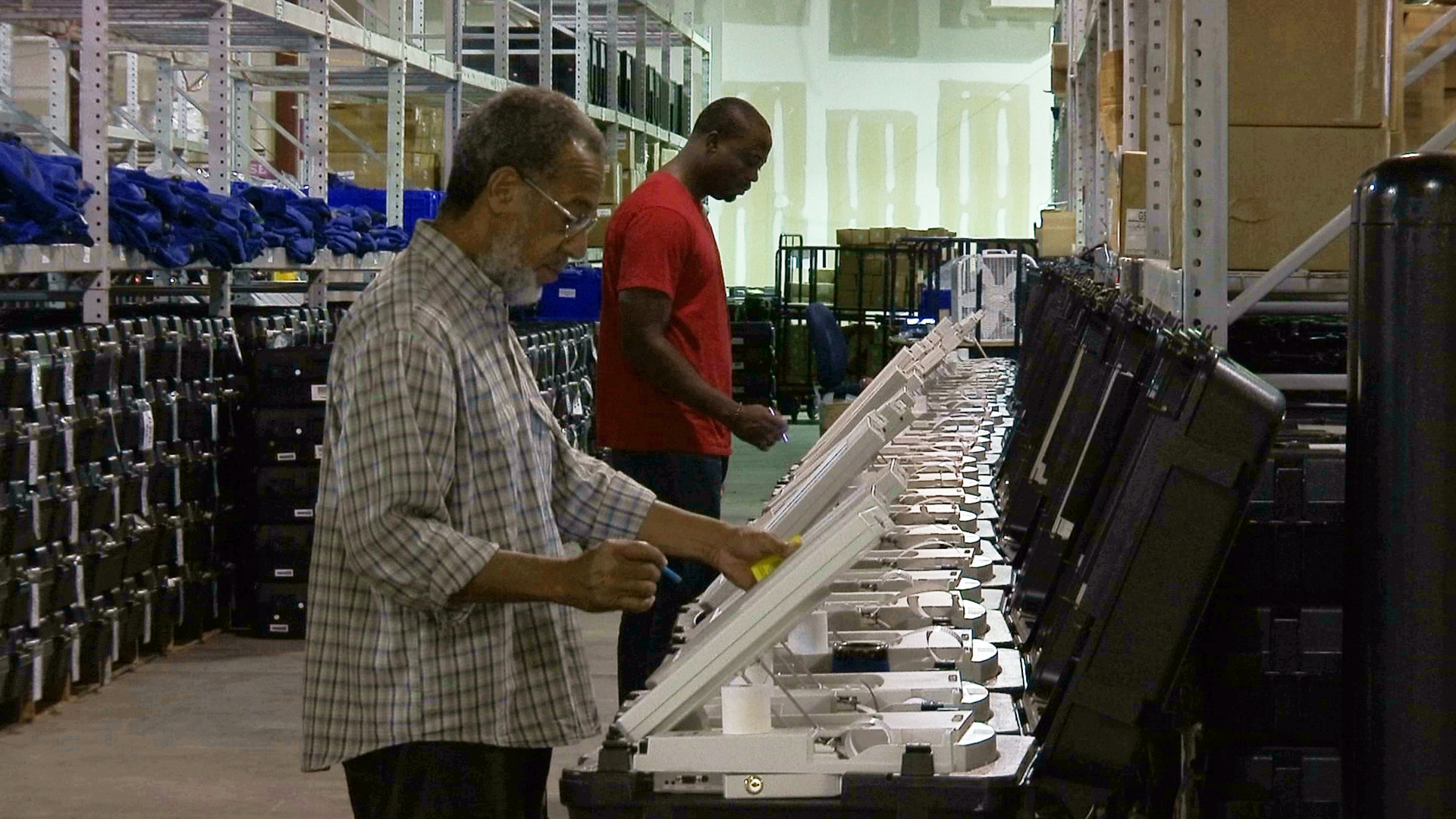 “It is not air-gapped. The EMS is connected to the internet but is behind a firewall,” Skoglund said. “The firewall configuration [that determines what can go in and out of the firewall]… is the only thing that segments the EMS from the internet.”

“And misconfigured firewalls are one of the most common ways hackers penetrate supposedly protected systems. The recent massive hack of sensitive Capital One customer data is a prime example of a breach enabled by a poorly configured firewall.”

“If they did everything correctly [with the ES&S systems] as they say they do, there is no danger,” Robert Graham, CEO of Errata Security, told Motherboard. “These are all secure technologies that if [configured] correctly work just fine. It’s just that we have no faith that they are done correctly. And the fact that [election officials are] saying they aren’t on the internet and yet they are on the internet shows us that we have every reason to distrust them.” 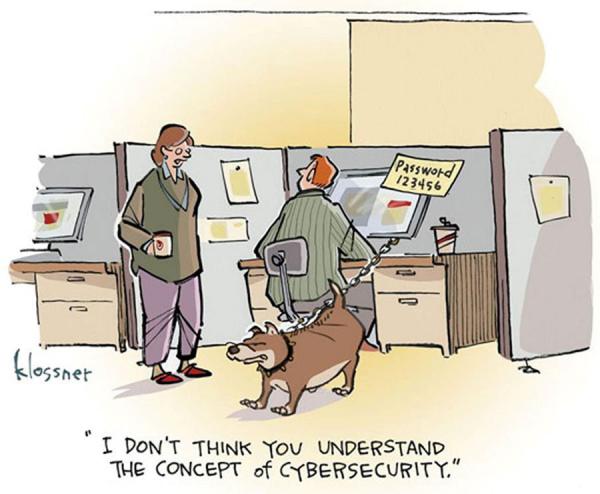 “Proper configurations won’t secure a firewall if the firewall software itself has security vulnerabilities that allow intruders to bypass all the authentication checks, white-listing rules, and other security parameters set in the firewall’s configuration file.”

“If this system hasn’t been patched and has a critical vulnerability… you may be able to subvert any kind of security scheme that you’ve put in place,” Skoglund told Motherboard.

“Not only should ballot tallying systems not be connected to the internet, they shouldn’t be anywhere near the internet.”