What A Difference A Day Makes! House Speaker Pelosi Announces Start Of I-Inquiry On 9/24/2019

For several months, the House of Representatives’ Democratic Party leadership in the form of its Speaker Nancy Pelosi and the House’s Intelligence Committee’s Chairman Rep. Adam Schiff had been resisting the push towards impeaching the republican President Donald Trump based on the findings of the president’s misdeeds as detailed in the FBI’s 3/22/2019 final report regarding its 22 months long Trump-Russia probe into President Trump’s campaign team’s participation with Russia’s full throttle attack and interference in the 2016 US elections infrastructure, designed to help Donald J. Trump win the US presidency.

The FBI’s investigation had been overseen by the Special Counsel and former FBI Director Robert Mueller III. Mr. Mueller concluded in his 400 page report that there was insufficient evidence to accuse President Trump of conspiring directly with Russian officials to effect the outcome of the 2016 elections in his favor; but he did find the president guilty of several attempts to obstruct justice by interfering with the FBI’s investigative process. In the meantime, before the public had access to the FBI’s report, the Attorney General William Barr as head of the US Department of Justice (DOJ) had been publicly white-washing the FBI’s report for weeks to where the president could be heard loud and clear, stating that he had been absolved of colluding with a foreign government Russia during the 2016 elections’ season and for having obstructed justice.

Both Democratic Party’s House leaders Speaker Pelosi and Rep. Adam Schiff  had been arguing that an impeachment would further fracture a divided country while there was an upcoming election in 2020 where the voters could make the final decision. In addition, it became obvious that Republicans, as part of the majority party in the US Senate would never vote to remove President Trump from office during an impeachment trial, allowing the president to claim, vindication.

Then there was the political calculus where about 40 Freshmen Democrats hailed from districts where the voters had voted for President Trump but these Democrats still had managed to prevail by narrow margins. It was their 2018 victories which moved the House from being a Republican Party majority to being led by Democratic Party lawmakers. The Speaker didn’t want to risk this more powerful position in 2020 elections where 26 Democrats were at risk, because the Republican Party only needs to pick up 18 seats to flip the House back in its favor.

Finally, Speaker Pelosi needed 218 votes out of a total 235 Democratic Party votes with 40 members from Trump districts who have been resistant towards pursuing impeachment against President Trump, in the event the House was required to vote in favor of “articles of impeachment.” It was not a sure thing that she had the required number of votes.

Many of us had been pushing for the House to commence an “impeachment inquiry” based on the principle that the House Democrats had a duty to honor the US Constitution that grants the House with the one non-legislative power, the tool of being able to initiate impeachment proceedings against a leader who has been flagrantly abusing the power of his office like that of the presidency, in the commission of illegal acts.

Then there’s the concern that the House’s inaction could set a precedent for future president’s to behave in a similar lawless manner without fear of consequences. Meanwhile the world has been witnessing the US Congress acting as if its members were powerless and ineffectual to hold President Trump accountable for all of his misdeeds. This isn’t how a healthy democracy should be operating.

Even it the US Senate doesn’t succeed in removing President Trump from the White House, the US House of Representatives will have forever sanctioned him as an impeached president for all the future history books. 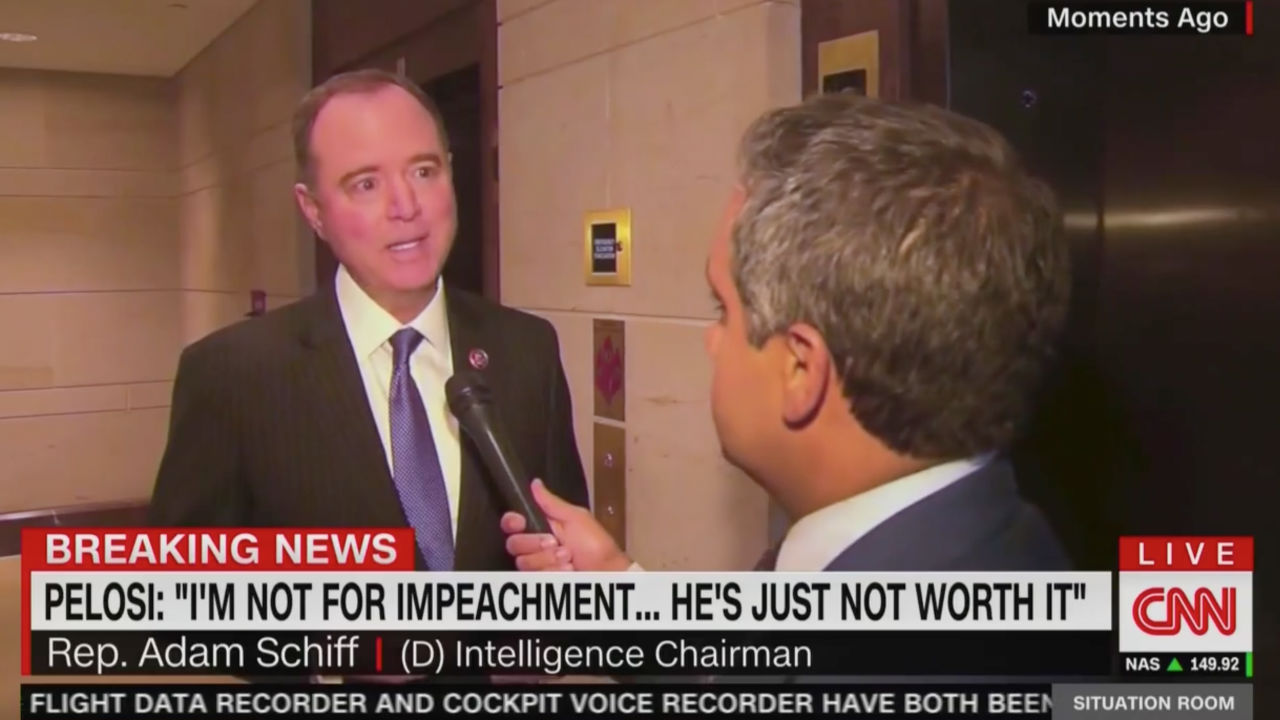 On the 24th of September 2019, the above political calculus was forever altered. Because Speaker Pelosi is an Olympic level vote counter, we know that she would never have announced that the House was formally commencing with an impeachment inquiry without having the required votes in the bag. The opposition is well aware of this reality.

What turned the tide of the House’s Democratic Party leadership’s thinking was the discovery that the sitting president had brazenly been scheming to enlist the foreign government of Ukraine’s cooperation in order to interfere in 2020 US elections to effect the outcome in the president’s favor.

The president was repeating exactly what the FBI had been investigating for 22 months regarding the president possibly having worked in concert with  Russian officials to interfere in 2016 US elections. This particular incident was the catalyst for moving many of the House’s 40 Democratic Party freshmen members in Trump districts, to put aside any of their reelection worries in favor of standing up for the “rule of law” and to place the US national security interests before party loyalty and their own personal interests.

What happened is that the Intelligence Community’s Inspector General Michael Atkinson, an appointment made by President Trump, had reviewed around August 2019, a whistle-blower’s complaint where he determined that it was credible and of an urgent concern. Then he shared his findings with the Acting Head Joseph Maguire of the Office of the Director of National Intelligence (ODNI). But both Mr. Maguire and Mr. Atkinson have been blocked by the White House and/ or the head of the US Department of Justice, the Attorney General William Barr from forwarding the whistle-blower’s complaint to the US Congressional Intelligence lawmakers as required by law in September 2019.

The Washington Post and other news media outlets have been reporting that the whistle-blower’s complaint allegedly refers to President Trump’s July 2019 phone call with Ukraine’s President Volodymyr Zelensky where President Trump could be heard requesting opposition research with regards to a possible future opponent, VP Joe Biden and his son Hunter who had business dealings in Ukraine, in an implied or overt exchange for the end of his delaying the release of $250-$391 million dollars of US military aid, allotted by Congress in May 2019, so that Ukraine could adequately defend its territory against its neighbor, Russia’s expansionist endeavors.

The Wall Street Journal has reported that President Trump had made 8 requests for opposition research material against VP Joe Biden, a potential Democratic Party presidential nominee for 2020.

In the meantime, President Trump had frozen the US military aid for about $391 million dollars to Ukraine about a week prior to his 7/25/2019 phone conversation with the newly elected Ukrainian President Volodymyr Zelensky. The funds were set to expire on 9/30/2019. In response to the president’s actions, members from both sides of the aisle in the US Congress informed President Trump that they were set to circumvent him to get those monies as promised to Ukraine.

President Trump had no choice but to release the frozen funds to Ukraine on the evening of September 11, 2019. But during the first week in September 2019, the president’s personal attorney Rudy Giuliani did meet with an Ukrainian official in Madrid and VP Pence had a conference with Ukrainian’s President Zelensky in Poland.

The House’s oversight committees will have to verify all the above alleged facts but the move towards the impeachment against President Trump by the House is a fait accomplis. This decision relied in large part on the Intelligence Community’s presidential appointed Inspector General Atkinson’s determination that the whistle-blower’s complaint was  credible and of an urgent concern.

The House Intelligence Committee has released an unclassified version of the whistleblower complaint.