NOTE: For strategic military purposes, Russia requires a naval base on warm waters. If Russia can’t keep Crimea, Ukraine that it illegally annexed in 2014, without the crippling financial sanctions imposed on it by the US and its allies, the lease for its naval base located in Crimea, ends in 2042. Russia has managed to access another naval base, situated on the warm waters of Tartus, Syria. This is why it’s important for Russia to have a controlling partnership with the Assad regime in Syria. Both Ukraine and Syria are of immense interest to Russia. It’s my contention that Russia didn’t generously expend its limited resources to help President Trump win the White House in 2016 without the expectation of a return on its investment. Because the US Congress via 2017 legislation had managed to successfully block President Trump from unilaterally lifting any sanctions against Russia; and the US democratic allied countries had denied President Trump’s pleas to allow Russia back into the fold of the G8 as a fellow member country, versus the current G7, the least President Trump could do, would be to order the withdrawal of US troops from NE Syria. It just so happens that this is what President Trump did on 10/7/2019, the birthday of the Russian President Vladimir Putin.

This move on the part of President Trump has cemented the coalition among Turkey, Russia, Iran and Syria’s brutal dictator, Bashar-as-Assad to the detriment of the US most important ally in the Middle East, Israel.

See: Why Russia Has Focused Its Sights On Crimea (Ukraine) And Syria

On the 16th of October 2019, there was a meeting set up at the White House to discuss the issue of the republican President Donald Trump’s recent unilateral orders issued on 10/7, which gave the green light to the Turkish leader, Recep Tayyip Erdogan to invade NE Syria where the Turks would be free to annihilate their century old arch enemies, the Kurds, based on no input from US foreign policy experts. To accommodate the Turkish President Erdogan’s wish as discussed during a 10/6 phone conversation, President Trump directed less than 3,000 US troops from NE Syria who had been providing support/protection to the Kurds, to stand down and then to withdraw from the area, granting the Turks their desired green light.

During this 10/16 pow wow among the president, some of his staffers, US military officials and the Democratic Party House speaker and the Senate’s minority leader, President Trump had been asked by the 2 Democratic Party leaders to explain his plan to fix the myriad of problems that had been created with his approval of the 10/9 Turks’ invasion into Syria, where the Turks have been in hot pursuit for the slaughter of the Kurds located in NE Syria. For over 5 years, the Kurds have been the US military’s most reliable, competent allies in its fight against ISIS strongholds.

Because the Kurds had been placed in the position to fight for their lives against the Turks, 100s of the over 10,000 hardened ISIS and Al-Qaeda terrorists being being held as prisoners, and guarded by the Kurds, had already managed to escape, guaranteeing the imposition of future havoc on the world. Of course, the president was asked the inevitable question about what steps, had he planned to take to mitigate for this?

At this meeting held around a table, the president did bellow that it was his job to keep USA safe. The House Speaker Nancy Pelosi quipped back, that keeping the US safe was a goal, but it wasn’t a plan. President Trump commented that he was keeping a campaign promise by withdrawing 2,000-3,000 US troops from the Middle East country of Syria. Then Speaker Pelosi noted his inconsistency in executing this policy with regards to the Middle East, as exemplified by his sending over 2,000 military troops to Saudi Arabia. Finally, Speaker Pelosi nailed the president regarding his disastrous recent stands against Ukraine and Syria, as both amounted to an accommodation to Russia’s President Vladimir Putin.

The above confrontations occurred after President Trump had learned that both Democrats and Republicans in the US House of Representatives had joined together on Wednesday (10/16/2019) to vote overwhelmingly on a non-binding resolutions to condemn his withdrawal of US military forces from NE Syria, by a 354-60 vote.

The resolution affirmed Congress’ opposition to the US troop pullback and that Turkey should cease its military action in Syria. In addition, the measure states that the White House should present a plan for an “enduring defeat” of the Islamic State group (ISIS).

It didn’t take long before President Trump erupted in the meeting by putting down the speaker, disparaging his former Defense Secretary, General James Mattis, where those representing the military around a table could be observed hanging their heads in shame. It was in the middle of these presidential rantings, when the Democratic Party leaders, the House Speaker Nancy Pelosi and the Senate’s minority leader, Chuck Schumer stood up to walk out of the room.

Meanwhile, based on BBC News, Turkish presidential sources said,  “President Erdogan who had received a widely ridiculed 10/9 letter written by President Trump, had thoroughly rejected it and put it in the bin.

Turkey’s response to the president’s letter, was to  launch its invasion of Kurdish-controlled NE Syria on 10/9/2019, just days after the original 10/6 phone conversation between the US and Turkish leaders. The Turks hit the Kurds with airstrikes and a ground offensive that have reportedly led to civilian deaths and ISIS prisoner escapes. There’s no way around it. The 5 day cease-fire agreement signed by Turkey’s President Erdogan, at the behest of US emissaries, on the 17th of October 2019, can be accurately described as a total capitulation by US officials to the demands of the Turkish dictator. This means that President Trump has sold out/ betrayed the Kurds 100%, when these heroes deserved so much better for their valiant efforts in the defeat of ISIS on behalf of the USA. The Kurds will be left without an inch of territory. This is a cease-fire doomed to failure.

For review, in a 5 year period, the Kurds did the heavy lifting in the US military’s war against ISIS. The Kurds paid a high price with over 10,000 fatalities and 24,000 injured within their ranks while the US military suffered less than 10 soldiers, killed. So when President Trump claims that he has been successful in wiping out ISIS within Syria, it was really the Kurds who had accomplished this objective for him, that is, until 100s of ISIS prisoners had been recently freed from their Kurdish captors.

I’ve been struggling to explain how the Congressional GOP lawmakers can justify targeting President Trump with widespread condemnation over his recent actions regarding the Syrian Kurds, while simultaneously granting him a pass on his dealings with Ukraine, both with the local politics being heavily influenced by Russian interests.

I found the best analysis in the 10/10/ 2019 New Yorker review, “Republicans Trash Trump on Syria—but Not Ukraine” by Susan B. Glasser:

“Republicans—all of them ostensibly Russia hawks—were not objecting to Trump’s decision to hold hundreds of millions of dollars in military aid to Ukraine hostage in what appears to have been a transparent effort to force the country to investigate his possible 2020 rival, Joe Biden. Instead, the tough words for the President were unleashed over Trump’s decision to withdraw U.S. troops and “shamelessly” abandon the U.S.’s Kurdish allies in Syria (Graham, again), as another U.S. ally, Turkey, launched a military attack on them. “Obviously, this is an area where, despite his relationship with the President, he’s decided to go full bore against one of Trump’s policies,” Senator Chris Van Hollen, the Democrat who teamed up with Graham on a tough new bill to sanction Turkey, told me.”

“Trump’s abandonment of the Kurds is certainly an outrage, and a black mark on America’s national honor. But at this particular moment the Republican fury at the President over the decision seems like an almost incomprehensible act of hypocrisy. How is it different from Trump’s threatened abandonment of the Ukrainians—and his apparent blackmailing of them for nakedly personal, political reasons? Putting aside the potential high crimes and misdemeanors involved with Trump’s Ukraine play, isn’t countering Russia in an active war zone on Europe’s eastern flank at least as important a security interest for the US? How is it even controversial for a Republican member of Congress to say that congressionally appropriated military aid should not be contingent on demanding a political favor for the President?”

“The answer, of course, is politics. Ukraine is now the subject of an impeachment inquiry by the Democratic-controlled House of Representatives, therefore making it a matter for either resolute silence on the part of Republicans, or outraged defense of Trump. Graham has said that impeachment over the Ukraine matter would be “insane.” Liz Cheney has said that Trump’s wildly inappropriate phone call with the Ukrainian President, which was detailed in the White House’s own transcript, might have been a “political setup.” Neither has had much if anything to say about the emerging facts of the case involving Trump, which are already bad. As Republicans on Capitol Hill see it, impeachment is an existential threat to President Trump—you are either with him or you are against him.” 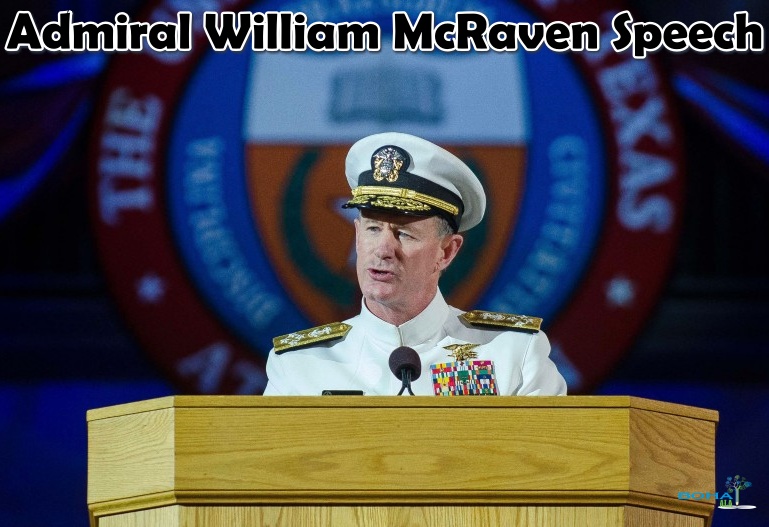 On October 17, 2019, William H. McRaven, a retired Navy admiral, the former commander of the United States Special Operations Command and the former chancellor of the University of Texas system penned for the New York Times, the following op-ed piece, “Our Republic Is Under Attack From the President:”

“But, beneath the outward sense of hope and duty that I witnessed at these two events (honoring US military and Intelligence Community heroes) , there was an underlying current of frustration, humiliation, anger and fear that echoed across the sidelines. The America that they believed in was under attack, not from without, but from within.”

“These men and women, of all political persuasions, have seen the assaults on our institutions: on the intelligence and law enforcement community, the State Department and the press. They have seen our leaders stand beside despots and strongmen, preferring their government narrative to our own. They have seen us abandon our allies and have heard the shouts of betrayal from the battlefield. As I stood on the parade field at Fort Bragg, one retired four-star general, grabbed my arm, shook me and shouted, “I don’t like the Democrats, but Trump is destroying the Republic!” 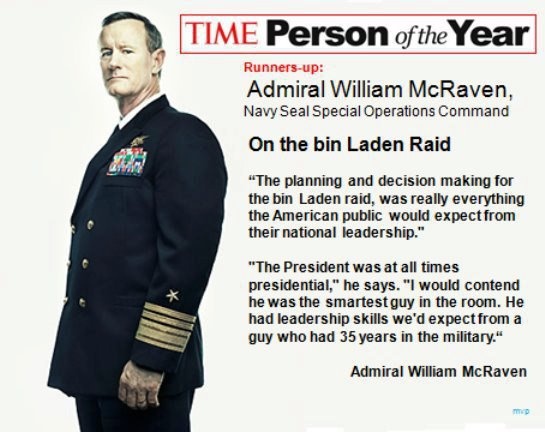 “If our promises are meaningless, how will our allies ever trust us? If we can’t have faith in our nation’s principles, why would the men and women of this nation join the military? And if they don’t join, who will protect us? If we are not the champions of the good and the right, then who will follow us? And if no one follows us — where will the world end up?”

“President Trump seems to believe that these qualities are unimportant or show weakness. He is wrong. These are the virtues that have sustained this nation for the past 243 years. If we hope to continue to lead the world and inspire a new generation of young men and women to our cause, then we must embrace these values now more than ever.”