aside SECOND BLOG ON MY THOUGHTS ABOUT 2014 FERGUSON EVENTS

I am starting to wade through all the evidence but I will be commenting on this in a later blog with one exception. I have reviewed a transcript dated August 10, 2014 in which Darren Wilson with his union attorney near by, answered questions by a  detective  from the St. Louis Department, Bureau of Crimes against Persons at the St. Louis County Police headquarters. During this deposition on page 11, the Police Officer, Darren Wilson specifically states that Michael Brown hit him hard, two times with closed fists. These allegations are inconsistent with the photo evidence presented to the grand jury. Officer Wilson must have never been in a fight where he could learn what facial damages look like after being hit with closed fists by a strong, big man.

I want to focus on low hanging fruits  which are available to easily implement that could be helpful for the future.

The first recommendation would be to collect data in each state as to how many fatal shootings that  police officers are involved with on an annual basis with follow up statistics as to how many were charged with anything and how many improper police shootings ended up with a conviction. I was shocked to discover that this information is not tracked by law enforcement agencies in most states. 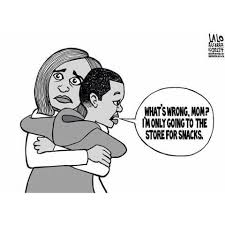 As per a New Republic article, titled, “More People in Utah Are Killed by Police Than Die in Gang or Drug Violence” by Ben Mathis-Lilley on 11/24/2014, he reports the following: “A Salt Lake Tribune review of nearly 300 homicides, using media reports, state crime statistics, medical-examiner records and court records, shows that use of force by police is the second-most common circumstance under which Utahans kill each other, surpassed only by intimate partner violence. Between 2010 and October of this year, the Tribune found, 45 people were killed by law enforcement officers in Utah. Officer-involved killings ranked as the second-deadliest category of homicide, trailing deaths perpetrated by spouses or partners but ahead of gang killings, drug killings, and deaths resulting from child abuse. Only one of the police-involved killings—the shooting of 21-year-old Danielle Willard during an undercover drug operation in 2012—led to a prosecution, but a judge threw out charges against the officer involved in October.”

The second is obvious. Better police training and a review of current systemic practices by police departments is required.  I am concerned that too many police departments concentrate on training their professionals how to shoot with a gun while emphasizing the point that any incident could evolve to where a police officer is fatally shot. While this training may be necessary and well intentioned because we care about the well being of the police professionals who are placing their lives on the line to protect others, this concern needs to be balanced out by classes teaching about diverse populations and about how to communicate more effectively to diffuse tense situations as well as stressing that their duty to serve by highly valuing all residents of a community. There should be some focus on the usage of alternate instruments to contain a suspect other than the first resource being a gun. For example, if we use a dart gun with a tranquilizer to slow down an animal which results in a non fatality, why can’t we consider this alternative in a police setting. More sophisticated training would not only protect civilians from harm but would save the lives of more police officers. Many police officers do have access to mace and taser guns, which can totally incapacitate an attacker from 15 feet as per the following  Taser Superstore ad:

“A TASER gun can totally incapacitate even the most aggressive attacker from 15 feet away. The TASER® gun is used by thousands of law enforcement agencies, security officers, military personnel, bounty hunters, private investigators, body guards and private citizens throughout the world. We offer an abundance of  information including TASER® demonstration videos, product comparisons and more TASER®devices are manufactured by Taser International, of Scottsdale, AZ.  TASER® guns have saved thousands of lives since they were first developed in 1969. Law enforcement personnel say have the equivalent stopping power of a .357 Magnum pistol. For regular citizens, TASER® Guns are considered to be the best non-lethal protection you can own for your home, business and while in a motor vehicle.”

A 2008 paper on this subject, titled, “Obsolescence: The Police Firearms Training Dilemma,”  by Thomas J. Aveni of The Police Policy Studies Council argues the following:

“In an era largely defined by rapid technological advances, the law enforcement community has embraced many useful advances, such as dashboard cameras, MDTs and Tasers. Cutting-edge LED flashlights are rapidly replacing those with incandescent bulb technology. We’ve seen GPS technology being integrated into sophisticated crime mapping software and hardware. We’ve also witnessed officers transitioning from revolvers to some of the newest generation pistol designs, and we’ve seen shotguns largely being supplanted by AR15 rifles, many equipped with Rail Interface Systems and electronic sights. But, when it comes to the way in which we train police officers to assure their own survival, and the survival of others, we’ve clung to old, problematic paradigms. Obsolescence is usually self-evident within the technological realm, and it should be equally as obvious in the police training realm. If what we’re training officers to do isn’t remediating persistent problems associated with decision-making skills, we, as police trainers, have become part of the problem.”

He explains how this culture developed over time as per the following commentary:

“Police training, especially police firearms training, has witnessed an enormous amount of commercialization over the last two decades. Where there was once a mere handful of police firearms training entities (i.e., the NRALEAD, Gunsite, S&W Academy, etc.), there are now literally hundreds of commercial training establishments, both regional and national. They’re all competing for slices of a pie (police training budgets) that hasn’t gotten much bigger over the last two decades. So, in an attempt to distinguish themselves from the pack, competing training companies feel compelled to “out-SWAT” each other. How often do you see police training marketed with imagery of trainees in black BDUs, Kevlar helmets and bloused combat boots? Or, perhaps more tellingly, how often don’t you see police training marketed with a SWAT motif?”

Mr. Aveni continues, “Beyond the marketing imagery lies the real problem. We know, from even a casual perusal of annual Uniform Crime Reports (UCR) and Law Enforcement Officers Killed and Assaulted (LEOKA) publications, that we’re losing officers to similar mistakes that we’ve always lost officers to. Much of that has to do with the basic nature of policing, which doesn’t change much. We’re duty-bound to take some risks and place ourselves in some predicaments that we’ve rather not be in. But, when we look critically at what we see the vast majority of commercial trainers impressing upon officers, we’re likely to see aggressive, proactive techniques geared heavily toward active-shooter scenarios. This should come as no surprise, since many of the most influential commercial trainers have DOD backgrounds – and little if any legitimate police experience.”

In addition to all the police gadgets and training that is available to law enforcement, how about having our  police department systems get back to important basics such as ensuring the dispatchers have training standards in how to  transfer important data to the officers in the field and to make sure the officers are well trained in the usage of their radios and other communication devices. The frequently suggested use of the police being equipped by video equipment would be a positive step in conjunction with superior police training.