The State of Florida is already well known to  have service related companies which predominantly provide employment in the tourist/ travel and health care jobs. The”cookie cutter” call center industry is huge in this state. It does employ many skilled workers with college degrees in the casualty and health insurance, banking, financial planning and other businesses. 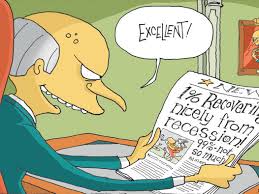 However, just as with the other states, the job growth and wage increase for the middle class and the average worker has been stagnant for 15 plus years. This is in spite of the record profits being made by the big corporations with the CEO pay being too often in excess of 250% more than their average front-line workers. The top 1% in the earning scales have seen their annual incomes increased by double digit percentage points. On October 9, 2014,  during the “Good Morning Joe” Show, there was commentary that the minimum wage when adjusted for inflation was $10.75 in 1975 instead of today’s $7.25. The average wage for the average worker in Florida is less than the median U. S. wage.

The following are some publications regarding the wage disparity:

CEOs earn 354 times more than average worker – CNN Moneymoney.cnn.com/2013/04/15/news/…/ceo–pay–worker Apr 15, 2013 – The discrepancy in pay between CEOs and the average worker has skyrocketed over the years..

Fast-Food CEOs Make 1,000 Times the Pay of the Average …http://www.businessweek.com/…/fast-food-ceos-making…Apr 22, 2014 – The pay gap between the top chief executive officers and the average workers at their companies is about 331 to 1.

The pay gap between CEOs and workers is much worse … http://www.washingtonpost.com/…/the-pay–gap–between–ceo…The Washington Post Sep 25, 2014 – In Switzerland, the country with the second largest CEO-to-worker pay gap, chief executives make 148 times the average worker.

The creation of the billion dollar “cookie cutter” call center industry has benefited tremendously in part from this stagnant job and wage growth by being able to continuously increase profits and productivity while reducing the operating costs incurred from the streamlining that part of a consumer business where the clients interact with sales or customer service agents. This has frequently resulted in lower customer satisfaction rates and a less quality work place for the employee.

After I did some basic research as a result of  my having become upset over an interaction with a “cookie cutter” call center, I began compiling data and then,  blogging on, “Nutty Consumer’s Rants VS. “Cookie Cutter” Call Centers. I believe it is important to have some insight as to how these companies and Wall Street have been able to report record profits by improving productivity while not hiring and /or increasing  wages due to market forces as has occurred in the past after a recession has ended. Typically, once the economy improves, there has followed an increase in hiring which leads to companies having to compete for qualified employees. This then leads to an increase in wages and benefits to entice potential job seekers. The average worker is not seeing this history being repeated. This is all happening when most of the country’s  peoples respond to polls stating that “we feel the country is heading in the wrong direction.” 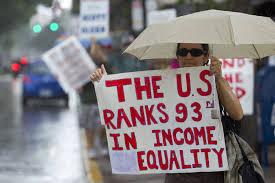 The question I have is why is there resistance to a minimum pay increase when companies are earning record profits? If those in power do not deal with the lack of good paying jobs; stagnant wage growth for several years; lack of confidence by the middle class while the 1 % are benefiting from great increases in their salaries, there will be payback from angry voters who feel no one is looking after their best interests.

Here is the first excerpt from my series on rants against the “cookie cutter” call center: 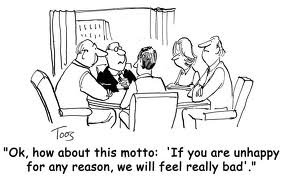 The “cookie cutter” call center systems business is a billion dollar industry and the marketers sell their systems to companies with the virtual guarantee of increased profits by streamlining the operational costs pertaining to their parts of the organization which interact directly with the consumer. The question is how does a company implement this “cookie cutter” call center system designed to increase profits by cutting operational costs while still maintaining an improvement in the other companies’ goals which are increasing customer satisfaction rates; increasing customer retention rates; increasing employee satisfaction rates;  lowering employee turnover; and increasing revenues and market share in a competitive world. It is my opinion that those companies which utilize this “cookie cutter” call center prototype will show an increase in profits due to cutting operational costs but they will also suffer a decrease in many of their other goals. In future blogs, I will explain how these “cookie cutter” call centers are designed and marketed to have the business analytics focus on the benefits of increased profits while minimizing the unintended consequences such as a decrease in customer satisfaction ratings; consumer retention rates; employee turnover rates; increase in employee non planned absentee days; increase in employee short term and long term disability claims due to mental health problems and the associated health care costs.

Listen to the words from an insider, Andrew O’Brien about the “cookie cutter” call center as per his blog, Why the ‘Cookie Cutter‘ Call Center Doesn’t Deliver High Quality CustomerExperiences…http://www.blueocean.ca; “There’s something to be said about the consistent messages that are advertised by call center outsourcers. When companies are seeking a partner to handle their customer service calls, most organizations hear the same age-old promotions: “we’re different,” “we provide outstanding customer experiences,” and “come read our case studies to see why we are so great!” But when the truth is told, most centers are the same: cookie cutter operations with different agents.”  No matter how many cookie cutters talk about their unique culture and approach, they fail to deliver high quality customer experiences.

“He adds the following words in another blog; “Again, cost cutting measures that are used to create competitive advantages result in universally poor customer experiences. This also applies to the investment made into culture and company character: when any type of business invests in the satisfaction of its people, great things usually happen – including increased efficiency and productivity.

Another study by Kerry Bodine, a leading Forrester researcher, found that cultural change is the most effective tactic for improving the call center experience. Agents at companies who placed the highest importance on culture (ironically also the most successful) were happier and more passionate about their work performance.”

The author, Mr. O’Brien refers to the  company, Blue Ocean, a Canadian company, specializing successfully in the modification of the call center culture to better serve the customers and employees. This company has been extensively examined in several “Harvard Business Review” articles.

No company is perfect but you can tell when a company’s goal is to please their consumers as well as their employees. These companies reflect the “customer culture” versus the “cost culture” as per the words of  GM’s new CEO, Mary Barra.