aside CREATIVE IDEA ON HOW TO BRING JUSTICE TO FERGUSON

I have been pondering over the 2/24/15 publicized decision by the DOJ to not pursue any civil rights violations or any other charges against George Zimmerman, an Hispanic volunteer neighborhood security captain for having fatally shot an unarmed Black older teenager, Trayvon Martin who was just walking home in the rain after purchasing some snacks at a local store on the evening of 2/26/12 in Sanford, Florida. Justice has already been denied to Trayvon Martin’s family when an Orlando jury rendered a “NOT  GUILTY” verdict against George Zimmerman in July, 2013.

I and others are emailing the DOJ at webmaster@usdoj.gov about our disappointment that Trayvon Martin’s family and the American community at large have not experienced justice being served in this case. While intellectually, I understand that the threshold of proof required to prevail in a hate crime case is very high, I also know that somehow justice has been denied to too many of our citizens and so, I am not content with this outcome. In the 1992 Rodney King case, the federal government successfully indicted three police officers after they had been acquitted by a Los Angeles jury without racism or hate being primary issues. It was determined by those in power that in order for justice to flourish and for the public’s well being, it was crucial for a message to be sent to police  that the level of brutality, and that the excessive abuse of power  by them as exemplified in the Rodney King videos, would be not be swept under the rug and that police officers who participate in these type of activities would be prosecuted to the fullest extent of the law. Those officials had the courage to take a stance even in the face of an avalanche of criticism. In my opinion, it is time for the DOJ to take a stance and to figure out how to make justice prevail for all of us.

With the recent NY  Times article indicating that sources within the DOJ are stating that any criminal charges are unlikely, against the White Police Officer, Darren Wilson for the fatal shooting of an unarmed, Black older teenager, Michael Brown. in Ferguson, Missouri on August 9, 2014, why wait for them to do their job? We are already aware as to how the St. Louis County Prosecutor, Robert McCulloch with his St. Louis grand jury failed to bring a criminal indictment against Officer Wilson on November 24, 2014. 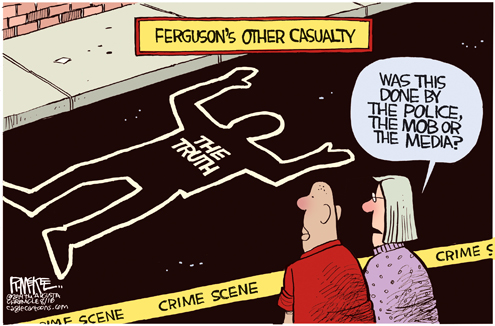 Why count on anything being accomplished by the DOJ? The family of Michael Brown has suffered a tremendous loss and they deserve to see justice prevail over the loss of their beloved family member.  Others in the Ferguson community have sustained harm in the form of burned down businesses and damage to other structures due to local protests which ensued from the residents’ very real perception that justice was not being served by the way this tragic case was being managed by the Ferguson police and the St. Louis prosecutor’s offices. When the Missouri Governor Jay Nixon made the decision not to assign a special prosecutor in order to diffuse escalating tensions in Ferguson due to the community’s belief that Michael Brown’s family was not being treated fairly by law enforcement and judicial officials, he did them, real harm. Then when he did not ensure that the National Guard troops that he had ordered, were fully deployed to protect Ferguson’s businesses and the law abiding protestors when the grand jury’s judgment was announced, he failed in his duties to his constituents

I have been inspired by the very republican concept of folks taking personal responsibility and not waiting for the government to do justice. Why not have those within the Ferguson community who are now dwelling among ruins, file a class action suit against the State of Missouri and what ever other city, county, state entity and /or personnel who were involved in this debacle? There is more than one way to seek justice and truth for the Michael Brown family, the Ferguson residents, business owners and the community at large. In my research, I believe that I have located a law firm which is up to this challenge and their advertisement is depicted in the remaining portion of this blog.

Loevy & Loevy has won more multi-million dollar verdicts than perhaps any other law firm in the country over the past decade. Our willingness to take hard cases to trial, and win them, has yielded a nationally recognized reputation for success in the courtroom. Our victories over the past ten years alone include:

$55 million after class-action jury verdict for our clients in the 2010 Young v. Cook County class action suit for federal claims. Our verdict in this 250,000-member class action law suit represents one of the rare instances that class counsel were willing to take a class action all the way to verdict. (Judge Kennelly)

$25 million jury verdict for our client, Thaddeus Jimenez, in 2012, the largest wrongful conviction case jury verdict in the history of the United States. At trial, we proved that the Chicago Police Department violated Mr. Jimenez’s constitutional rights, resulting in 16 years of wrongful imprisonment. (Judge Kennelly) 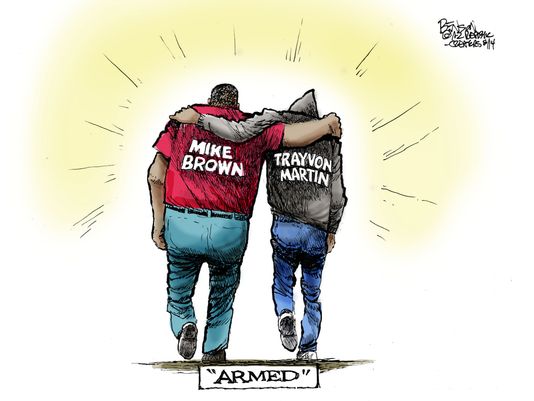 $28 million jury verdict obtained by Loevy & Loevy in federal court on behalf of our client Joseph Regalado. This is the largest police brutality jury verdict in the history of the city, and is believed to be the highest tort verdict against Chicago as well. The client was beaten into a coma by two Chicago police officers and ever since, he has been in a “locked in” condition: conscious, yet unable to move or speak. (Judge Shadur)

$21 million jury verdict for our client, Juan Johnson, in federal court in Chicago in 2009. Mr. Johnson had spent nearly 12 years in jail after being wrongfully convicted for a murder he did not commit. The jury concluded that a Chicago Police Department detective violated the client’s constitutional rights, causing his wrongful conviction. (Judge Grady)

$16 million jury verdict for our client, Ted White, in federal court in Missouri in 2008. The client was wrongfully convicted in 1999 of sexually abusing his adopted daughter, and he served more than five years in prison. The client’s wrongful conviction was based on an investigation by an officer who was romantically involved with the client’s ex-wife, who accused our client of the sexual abuse. However, the police hid that fact from the client and his criminal defense lawyers, which violated the client’s constitutional rights. (Judge Loughery)

$13.2 million jury verdict for our client, David Ayers, in a wrongful conviction case tried in Cleveland, Ohio in 2013. Mr. Ayers spent twelve years in prison before his conviction was overturned, and we proved that the Cleveland Police Department caused his wrongful conviction by violating his constitutional rights. (Judge Gwinn)

$11 million jury verdict for our client, Lewis Borsellino after a lengthy trial in Cook County Circuit Court in 2009. Our client funded a technology start-up, with three other partners. We persuaded the jury that these other partners (one of whom went on to become the president of the New York Stock Exchange) defrauded our client out of his interest in the company, which soon grew so big that it merged with the New York Stock Exchange to become NYSE Group, Inc. At trial, we argued that the client was defrauded into giving up his share of the partnership for $250,000 in February 1998 because the client’s partners misrepresented the value of the business, including withholding from him the fact that Goldman Sachs was prepared to invest millions of dollars. (Judge Barkowitz)

As per a 2/9/15 Vice News article by Alice Speri, county residents have already started filing class action suits and some excerpts are:

“Two class action lawsuits filed on behalf of residents of St. Louis County on Sunday accuse the cities of Ferguson and neighboring Jennings of profiting off of poverty by running the modern-day equivalent of “debtors prisons.”

“Eleven county residents sued the City of Ferguson and nine sued the City of Jennings, each lawsuit seeking class status on behalf of all persons jailed for non-payment of debt and fees from traffic violations and minor offenses. The plaintiffs claimed that they were held in jail indefinitely, denied court hearings, and not informed of their right to a lawyer or provided one while detained.”

“Both lawsuits were filed in the US District Court for the Eastern District of Missouri by the Arch City Defenders, a nonprofit organization serving the homeless and working poor, professors at St. Louis University Legal Clinic, and the DC-based group Equal Justice Under Law.”

UPDATE 3/4/15: Here is a link to the entire DOJ investigative report regarding the Ferguson PD practices: