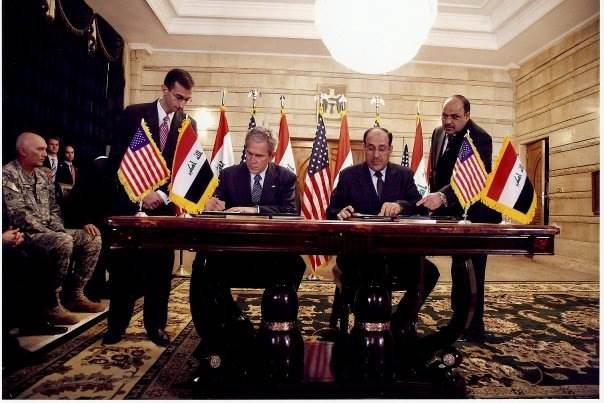 In my earlier blog, “The American Peoples Are The Adults, Part IV,” I mentioned that President George Bush’s administration had been outmaneuvered by Iraqi officials in the construction of the 2008 SOFA Agreement, which set the rules and timetable for the withdrawal of U.S. troops from Iraq by the end of 2011.

It is important to understand why I am so sure that there is no way Iraq would have agreed to any U.S. residual troops remaining behind in Iraq. Republican surrogates have long argued that President Barack Obama could have pushed harder for this approval by Iraq, despite the 2008 agreed upon rules. As you learn more about the surrounding circumstances at the time, it will become obvious that obtaining of this approval would have been “Mission Impossible.”

The 12/16/11 analysis by Gareth Porter published in  IPS News, titled “How Maliki and Iran Outsmarted the U.S. on Troop Withdrawal Analysis,” tells the rest of the story. Here are some excerpts:

“Publicly, the Maliki government continued to assure the Bush administration it could count on a long-term military presence. Asked by NBC’s Richard Engel on Jan. 24, 2008 if the agreement would provide long-term U.S. bases in Iraq, Zebari said, “This is an agreement of enduring military support. The soldiers are going to have to stay someplace. They can’t stay in the air.”

“Confident that it was going to get a South Korea-style SOFA, the Bush administration gave the Iraqi government a draft on Mar. 7, 2008 that provided for no limit on the number of U.S. troops or the duration of their presence. Nor did it give Iraq any control over U.S. military operations.” 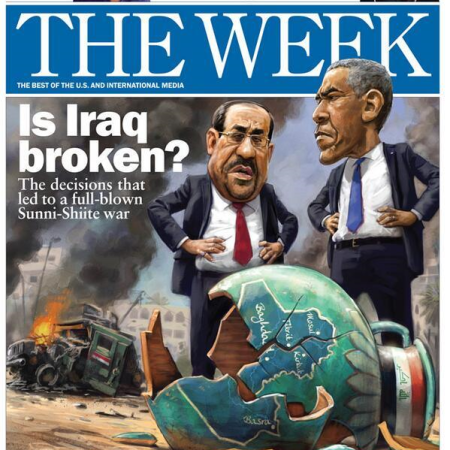 But Maliki had a surprise in store for Washington.

“A series of dramatic moves by Maliki and Iran over the next few months (of 2008) showed that there had been an explicit understanding between the two governments to prevent the U.S. military from launching major operations against the Mahdi Army and to reach an agreement with Sadr on ending the Mahdi Army’s role in return for assurances that Maliki would demand the complete withdrawal of U.S. forces.”

“In mid-March 2007, Maliki ignored pressure from a personal visit by Cheney to cooperate in taking down the Mahdi Army and instead abruptly vetoed U.S. military plans for a major operation against the Mahdi Army in Basra. Maliki ordered an Iraqi army assault on the dug-in Sadrist forces.”

“Predictably, the operation ran into trouble, and within days, Iraqi officials had asked General Suleimani, the commander of the Quds Force of Iran’s Islamic Revolutionary Guard, to intervene and negotiate a ceasefire with Sadr, who agreed, although his troops were far from defeated.”

“A few weeks later, Maliki again prevented the United States from launching its biggest campaign yet against the Mahdi Army in Sadr City. And again, Suleimani was brought in to work out a deal with Sadr allowing government troops to patrol in the former Mahdi Army stronghold.”

“There was subtext to Suleimani’s interventions. Just as Suleimani was negotiating the Basra ceasefire with Sadr, a website associated with former IRGC Commander Mohsen Rezai said Iran opposed actions by “hard-line clans” that “only weaken the government and people of Iraq and give a pretext to its occupiers”.

“In the days that followed that agreement, Iranian state news media portrayed the Iraqi crackdown in Basra as being against illegal and “criminal” forces.”

“The timing of each political diplomatic move by Maliki appears to have been determined in discussions between Maliki and top Iranian officials.”

“Just two days after returning from a visit to Tehran in June 2008, Maliki complained publicly about U.S. demands for indefinite access to military bases, control of Iraqi airspace and immunity from prosecution for U.S. troops and private contractors.”

“In July (2008), he revealed that his government was demanding the complete withdrawal of U.S. troops on a timetable.”

“The Bush administration was in a state of shock. From July to October (2008), it pretended that it could simply refuse to accept the withdrawal demand, while trying vainly to pressure Maliki to back down.” 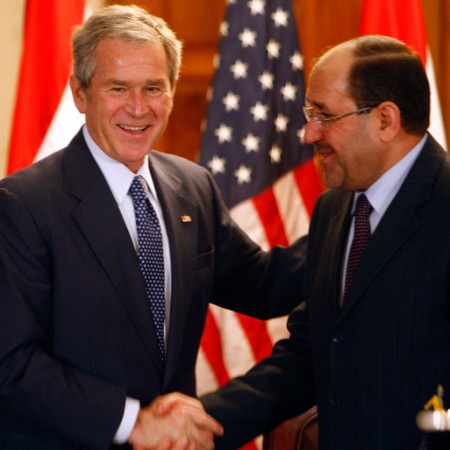 “In the end, however, Bush administration officials realized that Democratic presidential candidate Barack Obama, who was then far ahead of Republican John McCain in polls, would accept the same or an even faster timetable for withdrawal. In October, Bush decided to sign the draft agreement pledging withdrawal of all U.S. troops by the end of 2011.”

“The ambitious plans of the U.S. military to use Iraq to dominate the Middle East militarily and politically had been foiled by the very regime the United States had installed, and the officials behind the U.S. scheme, had been clueless about what was happening until it was too late.”