To develop a comprehensive perspective, I will be sharing  why I am so sure (in my mind) that the U.S. should have acted vs. not intervening, by fully assisting the 2011-2012 Syrian moderate opposition forces in toppling their repressive, brutal dictator, President Bashar al-Assad which supposedly had also been the U.S. goal, as of 2011.(The U.S. support should have been implemented by 2012, if U.S. was serious about their stated goal of ending the brutal reign of President Assad and in time to check the entry of ISIS into Syria; otherwise the goal of toppling President Assad was just a pipe-dream).

For background as to the results of inaction by the U.S. government:

BBC News published a reasonably detailed 2/3/16 article about the Syrian conflict story which is as follows:

“Pro-democracy protests erupted in March 2011 in the southern city of Deraa after the arrest and torture of some teenagers who painted revolutionary slogans on a school wall. After security forces opened fire on demonstrators, killing several, more took to the streets.”

“The unrest triggered nationwide protests demanding President Assad’s resignation. The government’s use of force to crush the dissent merely hardened the protesters’ resolve. By July 2011, hundreds of thousands were taking to the streets across the country.”

“Opposition supporters eventually began to take up arms, first to defend themselves and later to expel security forces from their local areas.”

“Violence escalated and the country descended into civil war as rebel brigades were formed to battle government forces for control of cities, towns and the countryside. Fighting reached the capital Damascus and second city of Aleppo in (July) 2012.”

“The conflict is now more than just a battle between those for or against Mr Assad. It has acquired sectarian overtones, pitching the country’s Sunni majority against the president’s Shia Alawite sect, and drawn in regional and world powers. The rise of the jihadist group Islamic State (IS) has added a further dimension.”

“A UN commission of inquiry has evidence that all parties to the conflict have committed war crimes – including murder, torture, rape and enforced disappearances. They have also been accused of using civilian suffering – such as blocking access to food, water and health services through sieges – as a method of war.”

“The UN Security Council has demanded all parties end the indiscriminate use of weapons in populated areas, but civilians continue to die in their thousands. Many have been killed by barrel bombs dropped by government aircraft on gatherings in rebel-held areas – attacks which the UN says may constitute massacres.”

“ISIS has also been accused by the UN of waging a campaign of terror. It has inflicted severe punishments on those who transgress or refuse to accept its rules, including hundreds of public executions and amputations. Its fighters have also carried out mass killings of rival armed groups, members of the security forces and religious minorities, and beheaded hostages, including several Westerners.”

“Hundreds of people were killed in August 2013 after rockets filled with nerve agent sarin were fired at several suburbs of Damascus. Western powers said it could only have been carried out by Syria’s government, but the government blamed rebel forces.”

“Facing the prospect of US military intervention, President Assad agreed to the complete removal and destruction of Syria’s chemical weapons arsenal.”

“The operation was completed the following year, but the Organisation for the Prohibition of Chemical Weapons (OPCW) has continued to document the use of toxic chemicals in the conflict. Investigators found chlorine was used “systematically and repeatedly” in deadly attacks on rebel-held areas between April and July 2014.”

“ISIS has also been accused of using homemade chemical weapons, including sulphur mustard. The OPCW said the blister agent was used in an attack on the northern town of Marea in August 2015 that killed a baby. More than 4.5 million people have fled Syria since the start of the conflict, most of them women and children. Neighboring Lebanon, Jordan and Turkey have struggled to cope with one of the largest refugee exoduses in recent history. About 10% of Syrian refugees have sought safety in Europe, sowing political divisions as countries argue over sharing the burden.”

“A further 6.5 million people are internally displaced inside Syria, 1.2 million were driven from their homes in 2015 alone.”

“The UN says it will need $3.2bn to help the 13.5 million people, including 6 million children, who will require some form of humanitarian assistance inside Syria in 2016. About 70% of the population is without access to adequate drinking water, one in three people are unable to meet their basic food needs, and more than 2 million children are out of school, and four out of five people live in poverty.”

“The warring parties have compounded the problems by refusing humanitarian agencies access to civilians in need. Up to 4.5 million people in Syria live in hard-to-reach areas, including nearly 400,000 people in 15 besieged locations who do not have access to life-saving aid.”

“The armed rebellion has evolved significantly since its inception. Secular moderates are now outnumbered by Islamists and jihadists, whose brutal tactics have caused global outrage.”

“So-called Islamic State has capitalized on the chaos and taken control of large swathes of Syria and Iraq, where it proclaimed the creation of a “caliphate” in June 2014. Its many foreign fighters are involved in a “war within a war” in Syria, battling rebels and rival jihadists from the al-Qaeda-affiliated Nusra Front, as well as government and Kurdish forces.” 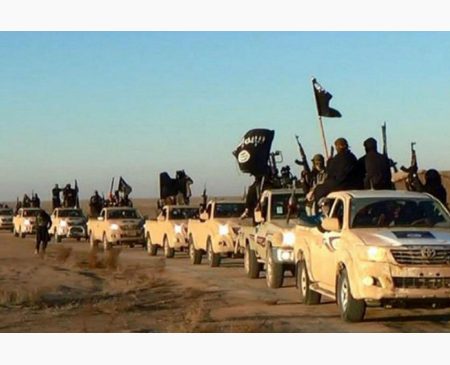 “In September 2014, a US-led coalition launched air strikes inside Syria in an effort to “degrade and ultimately destroy” ISIS. But the coalition has avoided attacks that might benefit Mr Assad’s forces. Russia began an air campaign targeting “terrorists” in Syria a year later, but opposition activists say its strikes have mostly killed Western-backed rebels and civilians.”

“In the political arena, opposition groups are also deeply divided, with rival alliances battling for supremacy. The most prominent is the National Coalition for Syrian Revolutionary and Opposition Forces, backed by several Western and Gulf Arab states. However, the exile group has little influence on the ground in Syria and its primacy is rejected by many opponents of Mr Assad.” 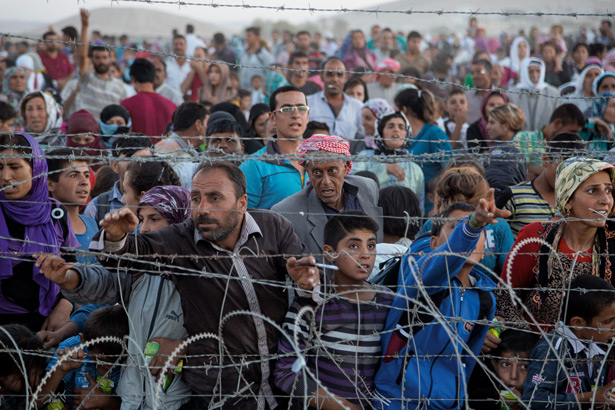