aside Is Syria Is On A Precarious Precipice To Peace?

There is no greater anger provoking imagery than what Americans have been witnessing on our TVs and news headlines regarding the plight of the Syrian refugees as they flee for their lives to seek safe haven in a myriad of countries.

An agreed upon ceasefire within Syria has gone into effect during the weekend of 2/27/16. It is now 3/10/16 and the ceasefire is still in effect despite many who did not hold out much hope that the Syrians’ reprieve from warfare would last with some occasional flare ups . And yes, the ceasefire has only survived a couple of weeks but it has been worth a try. Not acting has only resulted in escalating tensions; more participants with differing agendas from various middle east regions becoming mired in this conflict; more devastation of the land, increase in human suffering, and more peoples under the repressive regime of ISIS.

While the ceasefire holds to allow for necessary medical and other essential services to reach the suffering peoples, then this reprieve could  bolster the possibility for more future attempts and then even a successful outcome with the Vienna peace talks which will start up again in early March 2016.

Patrick Wintour reports on the start of the ceasefire in his 2/27/16 The Guardian article, titled, “Syrian ceasefire begins but US expecting violations.” The following are excerpts from his post:

“A fragile, and partial cessation of hostilities has come into force in Syria after 97 fighting groups, as well as the Syrian government and Russian air force, signed up to a ceasefire.”

“A monitoring group said early on Saturday that fighting appeared to have stopped across most of western Syria, although the country’s state news agency said a car bomb had exploded on the edge of a government-held central town of Salamiyeh, killing two and wounding several others. No one claimed responsibility.”

“A senior Russian official said it had grounded its warplanes in Syria and established hotlines to exchange information with the US military in order to help monitor the ceasefire.”

“A Syrian rebel group called First Coastal Division in the country’s northwest said it came under attack from government ground forces at 4am local time (0200 GMT), leaving three fighters dead in what it called a breach of the truce.”

“Three fighters from the rebel First Coastal Division were killed while repelling the attack in the Jabal Turkman area near the Turkish border in Latakia province, Fadi Ahmad, the group’s spokesman, told Reuters.”

“The United Nations security council on Friday unanimously demanded that all parties to the civil war in Syria comply with the terms of the US-Russian deal which took effect at midnight as Friday turned to Saturday local time.”

“UN Syria mediator Staffan de Mistura, briefing the security council by satellite from Geneva, warned that there would be breaches of the ceasefire and all sides had to be prepared to deal with them in a sober way, and work to identify the cause of the breaches.”

“(Vladimir Putin) He said that Saturday would be critical, adding he had “no doubt there will be no shortage of attempts to undermine this process.”

“This will remain a complicated, painstaking process,” he told the council. But he added that “nothing is impossible, especially at this moment.” He said that any military response to the cessation of hostilities would be a “last resort” and “proportionate”.

“He also confirmed he will seek to convene peace talks lasting three weeks on March 7 in Geneva.”

“Lt Gen Sergei Rudskoi of the general staff of Russia’s military said that while Russia will continue air strikes against the Islamic State group and the Syrian franchise of al-Qaida, al-Nusra, it was keeping its aircraft on the ground for now “to avoid any possible mistakes”

“The US ambassador to the UN, Samantha Power, earlier attacked the Russians for continuing to ramp up military attacks hours before the ceasefire.”

“She warned: “Let us be real. It is going to be extremely challenging to make this work, especially at the outset.”

“But, in a passionate address, she added: “If this collapses we lose the most tangible opportunity to relieve the suffering.” She added that everyone at the top of the UN had become broken records, demanding the violence end. “Even a partial de-escalation would make a real difference in the lives of Syrians,” she added.”

“Fighting had continued in western Syria right up to when the agreement went into effect, the British-based Syrian Observatory for Human Rights said.”

“Shortly after midnight on Friday, there was calm in many parts of the country, it said. “In Damascus and its countryside … for the first time in years, calm prevails,” Observatory director Rami Abdulrahman said. “In Latakia, calm, and at the Hmeimim air base there is no plane activity,” he said in reference to the Latakia base where Russia’s warplanes operate from.”

“Large areas of Syria will be excluded from the ceasefire, according to the maps being issued by both US and Russian sources on Thursday and Friday, due to the Russian insistence that the Syrian government and Russian air force be able to continue attacks not only against Islamic State but also the Syrian franchise of al-Qaida, al-Nusra Front.”

“Military analysts said the only ceasefire zones that would be implemented were in northern Hama, Dara’a, al-Ghaab plains, northern Homs and eastern Qalamoun. Government forces are expected to continue their wide-scale offensives in the Aleppo and Latakia governorates.”

“Syria’s army said this week it would exclude Darayya, an important rebel town near Damascus, from the cessation of hostilities because forces there included al-Nusra fighters.”

“Turkey has reservations about the viability of the ceasefire plan for Syria due to continued fighting on the ground. President Recep Tayyip Erdoğan’s spokesman, Ibrahim Kalin, also signaled that recent tensions between Turkey and the US may be easing as Washington has become more “careful” in its support for Syrian Kurdish YPG fighters.”

According to a 3/8/16 Reuters report by Tom Perry and Tom Miles:

“The agreement, accepted by President Bashar al-Assad’s government and most of his enemies, has reduced violence in Syria since it took effect on Feb 27, the first truce of its kind in a 5-year-old war that has killed more than 250,000 people and caused the world’s worst refugee crisis.”

“Foreign powers hope the pause in fighting can lead to peace talks to end the conflict. But the agreement, which has not been directly signed by the Syrian warring parties and is less binding than a formal ceasefire, is very fragile and each side has accused the other of breaking it.”

“Damascus and Moscow have vowed to continue fighting groups outside the agreement such as Islamic State and the Nusra Front, which is widely deployed across western Syria in close proximity to groups that agreed to cease fire. Many rebels say they believe the government and its Russian allies can use the presence of the militants as an excuse to fight on.” 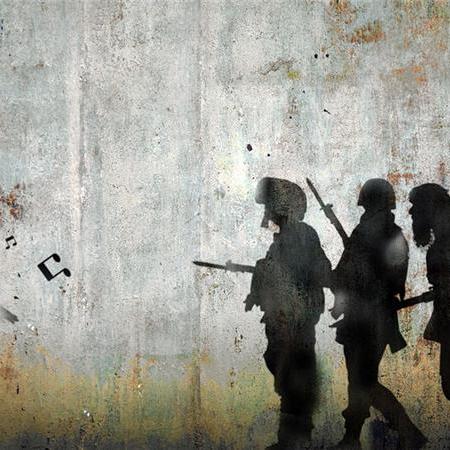 “Western states have said the cessation of hostilities appears to be largely holding, hoping that will allow for peace talks to get underway. A previous attempt to convene talks was aborted in February before any face-to-face meetings took place.”

“The obstacles to talks remain formidable, including differences over the future of Assad. The opposition (sunnis groups) wants Assad removed from power at the start of a transitional period, a demand Western countries have backed away from as Russia’s military intervention has reshaped the war in his favor.”

Update: Unfortunately the cease fire did not hold for long.