Puerto Rico’s financial woes couldn’t be occurring at a worse time. While the citizenry is looking to the U.S. congress for real solutions, the legislators, experts, special interest agents and others are sitting around looking for the perfect non-existent solution. Meanwhile, Rome (Puerto Rico) is falling.

Average Americans are well aware that governmental structure is a necessity but for once they would like it to be effective and responsive to the taxpayers to where they can say, their monies are being well spent. Instead we end up seeing pictures of millions of Syrian refugees fleeing their country to save their lives as a result of U.S. expensive middle eastern failures and children being poisoned as they drink water enriched with lead in Flint, Michigan while the legislators fight and point fingers at each other to assign blame as little gets done to fix anything.

There couldn’t be a better example of a governmental catastrophe in the making than the Puerto Rico of today. Over the past several years, Puerto Rico has experienced an increase in debt to where at $70 billion dollars, it has become unmanageable. As a U.S. territory, it does not have the benefit of accessing the bankruptcy courts to restructure their municipal debt that U.S. states have. There was a local law that could have provided similar relief but it was struck down by the courts in 2015. Currently, the U.S. Supreme Court has been reviewing an appeal on this case, and a ruling is expected in June of 2016.

Yes, the U.S congress could have created legislation to allow for this bankruptcy restructuring option but Wall Street special interest groups stepped in to block this possibility. It seems that they have been selling Puerto Rico municipal government bonds to their investors, a lucrative business because this U.S. territory could never default on this obligation due to their being denied access to U.S. bankruptcy laws.

Yet, Wall Street kept pushing the sales of these government bonds despite their knowing full well that the debt was increasing to a point of being detrimental to the community of Puerto Rico. Now, they and the U.S. congressional republicans claim to be worrying about U.S. taxpayers being placed in a situation of having to bail out Puerto Rico. Frankly, what would really happen is that the taxpayer would end up rescuing Wall Street again because of their greedy bungling. But it would seem that Wall Street’s lobbying monies carries more weight than the best interests of the taxpayers and the peoples of Puerto Rico. Thus, my question, as one of the taxpaying public, is why shouldn’t Wall Street for once, be held financially responsible for their part in creating this untenable situation?

Instead, the U.S House of Representatives under the auspices of Paul Ryan’s leadership has been promising a viable solution out of this dilemma while helping Puerto Rico by the end of March, 2016. We are still waiting as this beautiful country sits on the precipice of ruin. 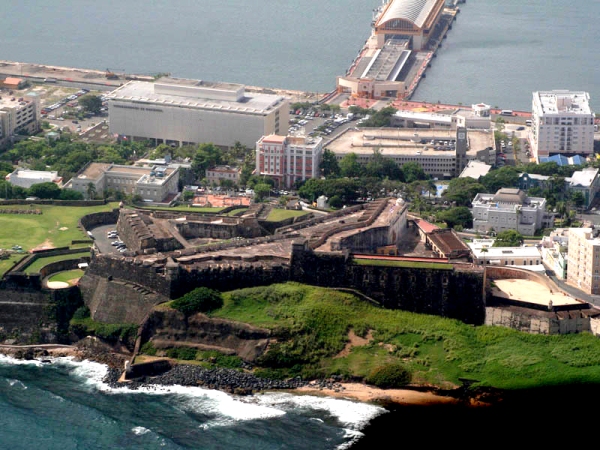 Beyond Wall Street’s greed in overselling bonds, the following information from the book, “War Against All Puerto Ricans,” authored by Nelson Antonio Denis, explains how over many years, the U.S. government has contributed to the island’s financial hard times:

“The island is a captive market of the US: the fourth largest market in the world for US products. 85 percent of everything purchased and consumed in Puerto Rico, comes from the US. ”

“All of these products are wildly overpriced, thanks to the “price protection” of the Jones Act, aka the Law of Cabotage. The author has commented the following on his blog: “Lawmakers should allow non-American ships to carry goods between the island and the mainland, which is prohibited by the Jones Act of 1920 to protect the domestic shipping industry. That will lower shipping costs to Puerto Rico, including those for oil and natural gas, an important consideration for an island economy.”

“For the past few years, consumer spending on the island has hovered at $35 billion per year.”

“Thanks to the Jones Act, the prices paid by Puerto Rican consumers are roughly 20% higher than on the mainland. ”

“20% of $35 billion (the annual consumer spending) is $7 billion. This is the amount of excess prices on goods paid every year, by Puerto Rican consumers.

“So Puerto Ricans pay roughly $5.95 billion in annual excess profits to US corporations, thanks to the Jones Act. That amount exceeds the $4.6 billion in federal benefits that the US “gives” to Puerto Rico.”

“But wait, there’s more…due to the reduction in Medicare Advantage funds as of 2016, the US will reduce its “giving” to Puerto Rico by $500 million. So as of 2016, Puerto Ricans will receive only $4.1 billion back from the US government, but pay $5.95 billion in excess profits to US corporations. ” 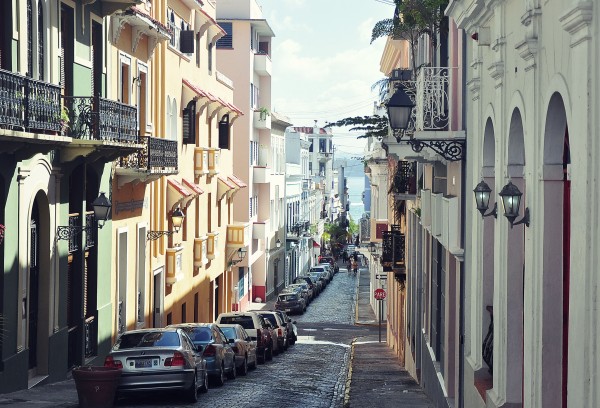 So now that Puerto Rico is drowning in debt, it is incumbent on the U.S. congress to devise a workable solution in the very near future. The 3/28/16 Wall Street Journal article also warns against further delay by the U.S. congress in addressing the financial morass of Puerto Rico by referring back to Greece’s debt crisis. The authors state that an International Monetary Fund report from late 2015 flagged the missteps in Europe’s handling of Greece’s monetary problems with these blunt words,”Debt restructuring, when it came, was often too little and too late.”

The following excerpts are from this same Wall Street posting, titled, “The Risks of Stalling on Puerto Rico:

“The lesson for Washington on Puerto Rico seems straight forward: Avoiding strong medicine now, in the form of restructuring the island’s $70 billion in debt, held mostly by investors and Puerto Rico, raises the odds of a federal bailout of the island later.”

“The Treasury Department has proposed pairing a fiscal oversight authority to audit the island’s finances with a debt-restructuring mechanism, akin to a court-supervised bankruptcy, if voluntary negotiations fail.” (Hopefully, this well timed warning will encourage prompt action by congress.)

“House Republicans are preparing to unveil a legislative draft with such a framework, setting off a scramble by lawyers and lobbyists before congress returns from recess in mid-April for potential votes.”

“The main problem is simple. Puerto Rico’s economy has been contracting since 2006. Job opportunities are sparse and dwindling, businesses are leaving, and home prices are plummeting.”

“Puerto Rico residents who are U.S. citizens, are responding with their feet by moving to the mainland.”

“Puerto Rico has already defaulted on some small debts. Officials have warned of much bigger ones on more than $2 billion in payments due in May and July.”

“Making matters more complicated, the island has a series of debt issues with competing security pledges, devised over the years to skirt debt-sustainability standards. This has made some creditors more willing to take their chances in court. Others have suggested the island is embellishing its travails.”

“The upshot is that some creditors have been reluctant to offer concessions in voluntary restructuring talks. They are also lobbying heavily on Capitol Hill to weaken restructuring legislation which have some characteristics as a bailout even though restructuring puts no taxpayer dollars at risk.”

“Analysts have in recent weeks pushed back against arguments that restructuring legislation for Puerto Rico would introduce new risks in the broader $3.7 trillion municipal-bond market. Without an orderly restructuring framework, the alternative would be a series of defaults and lawsuits.”

“The big question is how the island’s economy will staunch migration to the mainland and return to growth, a task made all the more challenging as creditors brawl over who should bear the costs of poor investments.”

The Juan Gonzalez lecture on Puerto Rico | WAR AGAINST ...waragainstallpuertoricans.com/…/the-juan-gonzalez-lecture…Jan 23, 2016