Remember when in July, 2016 that the FBI Director James Comey announced the FBI’s decision not to criminally charge the democratic presidential nominee, Hillary Clinton for her mishandling of emails while she was secretary of State. It is a standard practice that if the FBI does not pursue an indictment, then they will not publicly disclose any material garnered during the investigation process.

Director Comey stated that the FBI was making an exception in the case for Hillary Clinton because this was a case of intense public interest and this is how he justified reading and discussing the FBI’S critical report in front of a congressional hearing in addition to making public all of her emails within the FBI’s possession.

If he chose not to charge Mrs. Clinton regarding her email management, it was only because he has no case. Other than maintaining records for FOIA requests and for history,, at the time she was Secretary of State from 2009-2013, none of the rules she was obligated to follow had not been codified into law until 2014.

Now for the rest of the story, we turn back the clock to the year 2008…

This evening (9/20/16), I was watching the Rachel Maddow Show as she was talking with her guest, Senator Elizabeth Warren. The senator mentioned  the Financial Crisis  Inquiry  Commission, which was assigned the task of finding out how the financial crisis happened as well as who was responsible. Those who participated on this project worked diligently for numerous hours to uncover the truth. When the commission’s report was published, it was not made public. However, it is now more than 5 years since the analysis was published ( January, 2011) which means the data contained within its pages are now part of the public domain. The PDF Commissions Report is footnoted below. It thoroughly covers everything and anything that you ever wanted to know about the 2008 financial crisis. It even includes dissenting opinions. Here is the link to read her letter: elizabeth-warren-letter-to-fbi-director-james-comey-september-15-2016 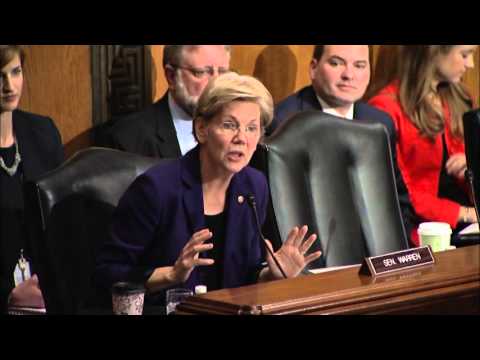 Here is the punch line: According to Senator Warren the FCIC commission IN 2010 also forwarded to the DOJ and FBI a list of nine names and 14 companies to be investigated for fraud etc. These were the those that the commission was convinced were directly responsible for the U.S. economic collapse. Yet, the public was never even aware of this information The senator argues this data should be shared with the public based on his precedence of making information public when there is intense public interest. She is inquiring as to all the data pertinent to the FBI’s decision not to pursue any criminal charges against these nine individuals and 14 financial institutions. On her official website, she writes that there were “serious indications of violation(s)” of federal or other laws. But none of these individuals or corporations has been criminally prosecuted.”.

On pages 16 and 17 of the commission’s report, can be found the following comments about the 2008 financial crisis: 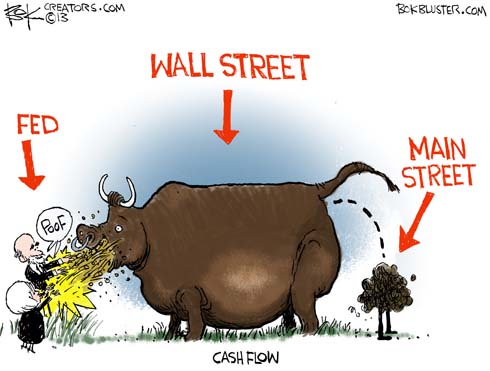 This was a fundamental disruption—a financial upheaval, if you will—that wreaked havoc in communities and neighborhoods across this country. As this report goes to print, there are millions of Americans who are out of work, cannot find full-time work, or have given up looking for work. About four million families have lost their homes to foreclosure and another four and a half million have slipped into the foreclosure process or are seriously behind on their mortgage payments. Trillions in household wealth has vanished, with retirement accounts and life savings swept away. Businesses, large and small, have felt the sting of a deep recession. There is much anger about what has transpired, and justifiably so. Many people who abided by all the rules now find themselves out of work and uncertain about their future prospects. The collateral damage of this crisis has been real people and real communities.”

“But our mission was to ask and answer this central question: how did it come to pass our nation was forced to choose between two stark and painful alternatives—either risk the total collapse of our financial system and economy or inject trillions of taxpayer dollars into the financial system and an array of companies, as millions of Americans still lost their jobs, their savings, and their homes? In this report, we detail the events of the crisis.”

“While the vulnerabilities that created the potential for crisis were years in the making, it was the collapse of the housing bubble—fueled by low interest rates, easy and available credit, scant regulation, and toxic mortgages— that was the spark that ignited a string of events, which led to a full-blown crisis in the fall of 2008.” 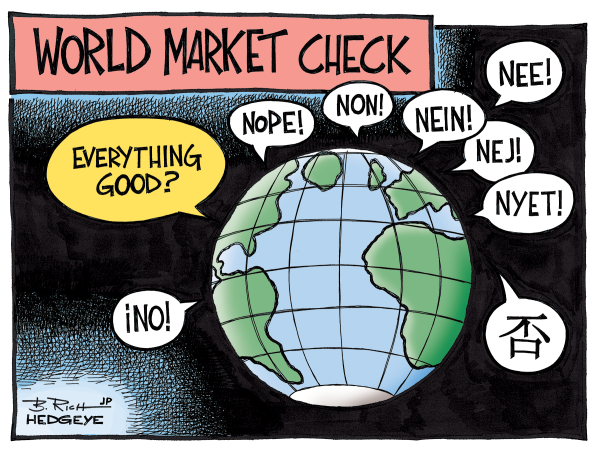 “We conclude this financial crisis was avoidable. The crisis was the result of human action and inaction. The captains of finance and the public stewards of our financial system ignored warnings and failed to question, understand, and manage evolving risks within a system essential to the well-being of the American public. Theirs was a big miss, not a stumble. While the business cycle cannot be repealed, a crisis of this magnitude need not have occurred. To paraphrase Shakespeare, the fault lies not in the stars, but in us.”

” Despite the expressed view of many on Wall Street and in Washington that the crisis could not have been foreseen or avoided, there were warning signs. The tragedy was that they were ignored or discounted. There was an explosion in risky subprime lending and securitization, an unsustainable rise in housing prices, widespread reports of egregious and predatory lending practices, dramatic increases in household mortgage debt, and exponential growth in financial firms’ trading activities, unregulated derivatives, and short-term “repo” lending markets, among many other red flags. Yet there was pervasive permissiveness; little action was taken to quell the threats in a timely manner. The prime example is the Federal Reserve’s pivotal failure to stem the flow of toxic mortgages, which it could have done by setting prudent mortgage-lending standards. The Federal Reserve was the one entity empowered to do so and it did not.”

“The record of our examination is replete with evidence of other failures: financial institutions made, bought, and sold mortgage securities they never examined, did not care to examine, or knew to be defective; firms depended on tens of billions of dollars of borrowing that had to be renewed each and every night, secured by subprime mortgage securities; and major firms and investors blindly relied on credit rating agencies as their arbiters of risk. What else could one expect where there were neither speed limits nor neatly painted lines?”

“We conclude dramatic failures of corporate governance and risk management at many systemically important financial institutions were a key cause of this crisis. There was a view that instincts for self-preservation inside major financial firms would shield them from fatal risk-taking without the need for a steady regulatory hand, which, the firms argued, would stifle innovation. Too many of these institutions acted recklessly, taking on too much risk, with too little capital, and with too much dependence on short-term funding. In many respects, this reflected a fundamental change in these institutions, particularly the large investment banks and bank holding companies, which focused their activities increasingly on risky trading activities that produced hefty profits. ”

They took on enormous exposures in acquiring and supporting subprime lenders and creating, packaging, repackaging, and selling trillions of dollars in mortgage-related securities, including synthetic financial products. Many of these institutions grew aggressively through poorly executed acquisition and integration strategies that made effective management more challenging… In this instance, too big to fail meant too big to manage. Financial institutions and credit rating agencies embraced mathematical models as reliable predictors of risks, replacing judgment in too many instances. Risk management became risk justification.