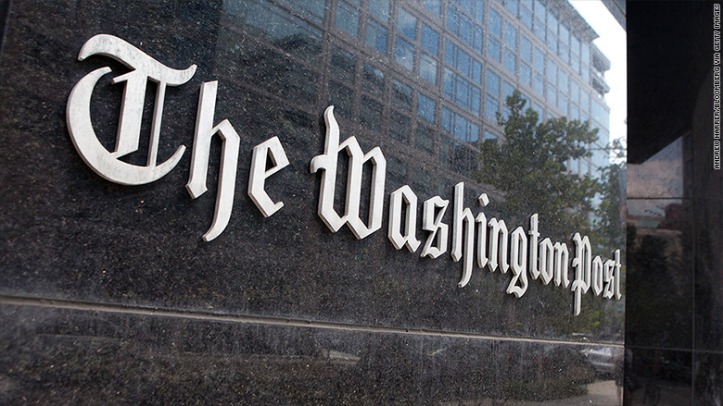 It is important to note the Department of Justice officials, including their leader, Loretta Lynch had strongly objected to the FBI’s recent release of a letter to congress stating that newly discovered emails regarding Hillary Clinton, were under review. The FBI Director James Comey has indicated that this data could be pertinent to the closed Hillary Clinton’s inquiry into her email handling of classified material while she was secretary of state from 2009-2011. The Washington Post’s Editorial Board has published a 10/28/16 Op-Ed piece which is critical of the FBI’S recent October Surprise, and its analysis is as follows:

“POLITICAL TENSION is running high in the United States, extraordinarily so, we’d say. And so it behooves everyone in a position of official responsibility to do everything he or she possibly can to help maintain stability — while avoiding all avoidable provocations — until the bitter competition between Hillary Clinton and Donald Trump runs its ugly course on Nov. 8.”

“That is the context for Friday’s announcement by James B. Comey, director of the Federal Bureau of Investigation, that his agency is again looking into Ms. Clinton’s private email server in light of newly discovered emails “that appear to be pertinent to the investigation.”  (Mrs.Clinton’s email server was not in use; and involved no transmissions to and from Mrs. Clinton.) Mr. Comey may have had good reason to inform Republican committee chairmen in Congress of the review, but his timing was nevertheless unfortunate, given its potential to affect a democratic process in which millions of people are already voting.”

“What might his reason be? On the merits, Ms. Clinton erred by using a private email server for her official communications as secretary of state — though as we have previously argued, the matter has been greatly overblown. According to the previous FBI review, the small amount of classified material that moved through Ms. Clinton’s private server was not clearly marked as such, and no harm to national security has been demonstrated.”

“The FBI conducted a thorough investigation for any prosecutable offenses, especially any involving the transmission of classified information. Mr. Comey rightly recommended against bringing charges; he told his staff that the decision was “not a cliff-hanger.” In deference to the reality that the target of the inquiry was a major-party nominee for president, he gave the public a summary of the facts and law behind his decision.”

“Mr. Comey went too far, however, in providing raw FBI material to Congress, notwithstanding its important oversight role; that attempt to appease Republicans set a precedent that future partisans who are unhappy with the results of FBI investigations may exploit.”

“Mr. Comey found himself in a bind when his investigators turned up additional, previously unexamined Clinton emails, apparently on devices belonging to top aide Huma Abedin and her husband, Anthony Weiner, seized during an FBI probe of the latter’s alleged sexual misconduct with a minor. (As if this could not get any more bizarre.) If Mr. Comey failed to tell Congress before Nov. 8 about his decision to review them, he would be accused — again — of a politically motivated cover-up. By revealing it, he inevitably creates a cloud of suspicion over Ms. Clinton that, if the case’s history is any guide, is unwarranted. Hence Clinton campaign chairman John Podesta’s not unreasonable demand that Mr. Comey “immediately provide the full details of what he is now examining.”

“Mr. Podesta said he is “confident” full disclosure “will not produce any conclusions different from the one the FBI reached in July.” If so, the question will be how badly damaged was Ms. Clinton’s candidacy by the 11th-hour re-eruption of a controversy that never should have generated so much suspicion or accusation in the first place.”