The republicans who repeatedly criticized the democrat’s presidential nominee, Hillary Clinton while she was the U.S. secretary of state, for the appearance of “conflict of interest” for every time a foreign dignitary donated monies to the Clinton Foundation, had better be prepared to hold their republican President-elect Donald Trump to the same standard. The concept is that numerous foreign officials will donate monies or participate in a business venture, in order to have access or to curry favor with a U.S. leader. The president-elect’s myriad business empire which stretches throughout the world, provides ample opportunities for true “conflict of interests” situations. Steps have yet to be determined as to how the President-elect Trump will manage this situation.

“Those whom Ivanka Trump, Donald Trump Jr. and Eric Trump have worked with abroad include: the family of a developer in India who is a ruling-party politician, an Azerbaijani government minister’s son and a media company that became the Turkish president’s outlet of choice during the July 15 (2016) coup attempt.”

“No recent president has had a portfolio of international business interests as extensive as Mr. Trump’s—or as great a level of business engagement on his behalf by offspring, who have also played a role in his campaign.” 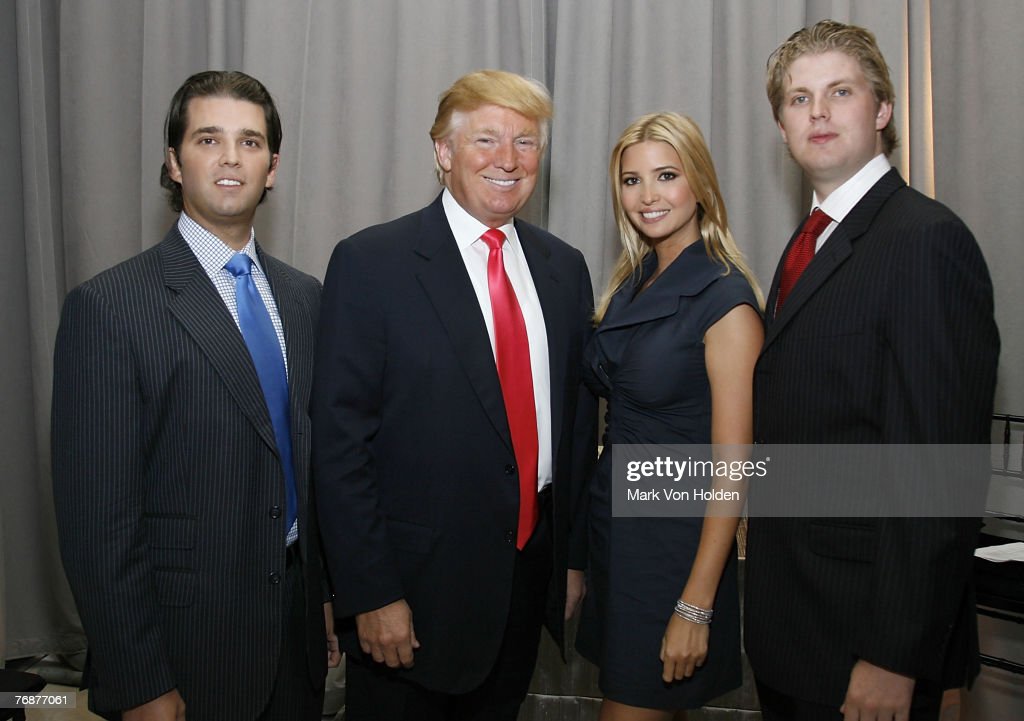 “A President Trump “would not be involved in the business,” said Trump Organization general counsel Alan Garten. “His focus obviously would be on the office of the presidency, and Don, Ivanka and Eric would run the company.”

“Trump Organization is the umbrella company operating the family’s businesses, including real-estate assets and units that manage hotels and condo towers around the world. Much of that is domestic, but its new business in recent years has been heavily overseas—the last 10 new real-estate or real-estate branding deals it has announced are all abroad.”

“That business largely consists of licensing deals, and in some cases management deals, with foreign developers building condo and hotel towers. Clients include wealthy business people and politicians who buy Trump-branded condos. Mr. Trump’s adult children have in recent years taken over day-to-day management of much of the business.”

“The filial arrangement would raise questions about potential conflicts of interest in a Trump presidency, especially in dealings abroad, said Aaron Friedberg, a national-security adviser to Dick Cheney when he was vice president.”

“The fact is that his family is involved in business with a list of players—I don’t assume we know them all—in all kinds of places, in many of which the distinction between politics and business is blurry,” said Mr. Friedberg. “Anybody you’re dealing with in those places that has a lot of money is involved in politics in some way.”

“This would also likely come up as an issue for Mr. Trump, Mr. Friedberg said. “It seems to me that a number of questions have been raised that have not been answered,” he said. “It’s not going to go away.”

“Mr. Friedberg is among former Republican national-security officials who signed a letter stating they wouldn’t vote for Mr. Trump because they didn’t believe he was qualified from a foreign-policy perspective.”

“The letter Mr. Friedberg signed didn’t mention Mr. Trump’s foreign business ties, but he and several other signatories said those ties contributed to their reservations. The Trump children would be doing business with companies that might assume they have unique access to the president, Mr. Friedberg said, and with companies whose interests might differ from the national interests their father would be representing.”

“Those potential conflicts are similar to those that have arisen from the Clinton Foundation’s foreign donors, said Eric Edelman, who directed Defense Department policy under President George W. Bush and signed the letter opposing Mr. Trump. Mr. Trump and others have called those Clinton Foundation donations a “pay-for-play” arrangement, suggesting foreign contributors to the Clinton family charity may have expected to gain access to Hillary Clinton when she was secretary of state.”

“They are slightly different cases,” said Mr. Edelman, “but both raise very serious concerns about influence peddling and conflicts of interest.”

“Trump Organization’s Mr. Garten acknowledged that the extent of Mr. Trump’s international business connections is unique for a presidential nominee. “I respect that this is different,” he said. “It is a new situation. I don’t believe it presents a conflict.”

“Mr. Trump’s May 2016 federal disclosure reports income to one of his companies in the range of $1 million to $5 million since the beginning of 2015 from Dogan related to Istanbul towers bearing Mr. Trump’s name—a deal involving Ivanka Trump early on, according to a 2012 Trump press release. She and her father visited the tower a day after Recep Tayyip Erdogan, then Turkey’s prime minister and now president, attended the official opening of its associated mall.” 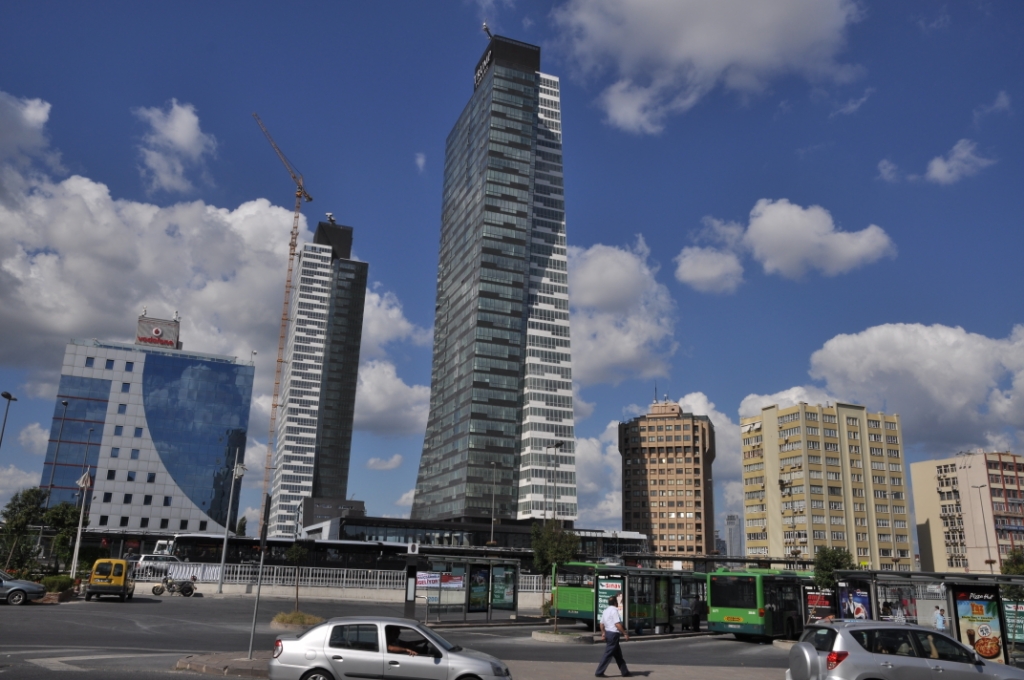 “The night of the failed coup, Dogan’s flagship television network became the venue through which Mr. Erdogan appealed to citizens to oppose the putsch. That was a turnabout for Dogan, whose chairman and other executives this year were charged in Turkey with criminal tax evasion, widely seen as retaliation for a perceived antigovernment slant by Dogan media outlets. A person close to the Dogan family said there has been no wrongdoing.”

“Since the failed coup, Dogan’s media group has taken on a more pro-government line, including broadcasts supporting Mr. Erdogan’s claim that Muslim cleric Fethullah Gulen was responsible for the putsch.”

“Turkey has asked the U.S. to extradite Mr. Gulen, who lives in Pennsylvania and has denied the allegation. The U.S. Justice Department has said it is reviewing that request; privately, many senior U.S. officials have said they are skeptical of Turkey’s claims against Mr. Gulen.” 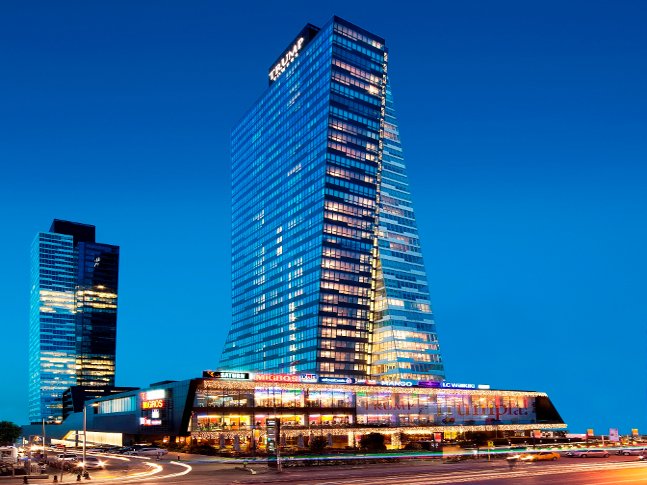 “The next American president will likely inherit that thorny bilateral dispute.”

“Mr. Garten said the Dogan relationship wouldn’t be a problem because the Trump Organization would be separate from Mr. Trump. The person close to Dogan said the company would prefer to remove the Trump name from its buildings based on the candidate’s “anti-Muslim rhetoric.”

“When Donald Trump Jr. sought a few years ago to expand his father’s real-estate empire in Latin America, he turned to businessman Camilo Benedetti, brother of a Colombian senator.”

“Mr. Benedetti took the younger Mr. Trump around Mexico in 2010 and Colombia in 2011, where Mr. Benedetti had relationships with top government officials, Mr. Benedetti said. One meeting was with Colombia’s leader at the presidential palace, Casa de Nariño.”

“I asked him as a favor,” Mr. Benedetti said of the president. The meeting didn’t result in any active business developments, said Mr. Benedetti and Mr. Garten.”

“There’s no question that whenever the Trump Organization looks into a project or enters a new market, there is often excitement both from the business sector and maybe even, in some countries, the government,” Mr. Garten said of the meeting and others like it that the Trump children have had with foreign leaders.”

“One of the newest Trump partners, Indonesian media magnate Hary Tanoesoedibjo, had business ties with family members of Suharto, the country’s late dictator. He ran unsuccessfully for vice president in the most-recent national election and formed a political party critical of the current government.”

“Last year, Trump Organization announced a deal to manage a Bali resort owned by Mr. Tanoesoedibjo’s company, PT Global Mediacom Tbk, and to develop a golf resort in West Java with him. Mr. Trump reported a range of $2 million to $10 million income to his companies from the projects since the beginning of 2015 in his May 2016 federal disclosures. Donald Trump Jr. was involved in the deals, according to news releases announcing them. Mr. Garten declined to comment on the Indonesian project. Mr. Tanoesoedibjo’s assistant didn’t respond to requests for comment.”

“In Mumbai, India, the Trump Organization has a brand-licensing deal for a condo tower with Lodha Group, whose founder, Mangal Prabhat Lodha, is among India’s wealthiest property owners and a member of his state’s legislature from India’s ruling party.”

“Mr. Trump’s May 2016 federal disclosure shows income to a Trump Organization company of $1 million to $5 million since the beginning of 2015 from the licensing deal. A Lodha spokeswoman said both companies “work with the highest standards of professionalism and integrity.” Mr. Garten said that Ivanka Trump and Donald Trump Jr. worked on the project and that he isn’t concerned that Mr. Lodha is a politician.” 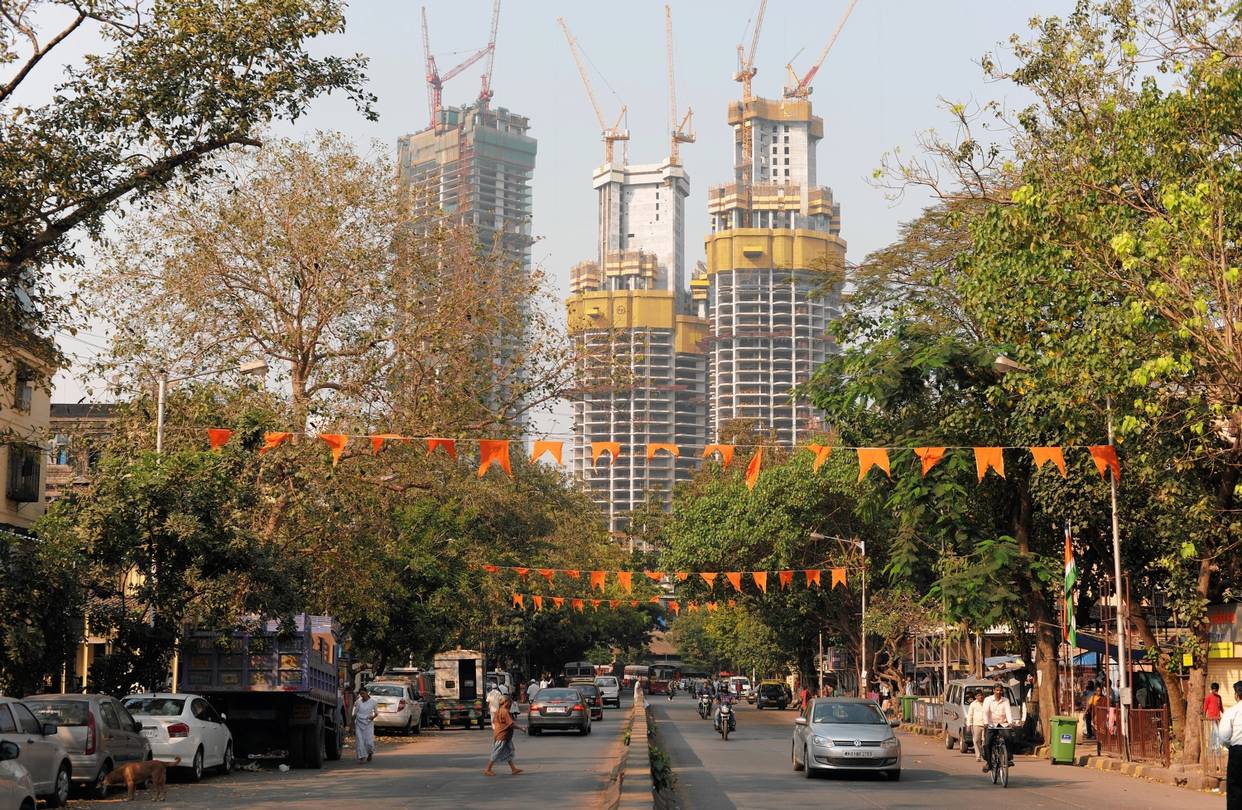 “There’s a great relationship between Mr. Trump’s children and the principals of that project,” he said. “I don’t see the potential issue.”

“In Azerbaijan, Mr. Trump’s July 2015 federal disclosure reports that a company owned by Mr. Trump had received $2.5 million in income since the beginning of 2014 in a deal that includes management services for a hotel and condo tower being developed by Anar Mammadov, whose father is the country’s transportation minister. Ivanka Trump’s website says she oversaw the project “since its inception.” Mr. Garten said the project is on hold.”

“The Azerbaijan America Alliance, in a press release, listed Mr. Mammadov as its founder. The group spent $12.6 million between 2011 and 2015 on federal lobbyists to promote Azerbaijan interests in Washington, according to federal filings compiled by Center For Responsive Politics. Calls to the number given on Mr. Mammadov’s company website weren’t answered. Calls to the Azerbaijan America Alliance’s number were answered by a lobbying firm that said it didn’t represent the alliance anymore.”