aside The Republicans Have Started Their Bait And Switch Cons

The republican President-elect Donald Trump has frequently stated two all-encompassing promises to his followers, that he would always act to make America safer and that he would not do anything to harm the American average worker and family.

Many republicans in the US congress see this as a green light to enact their policy wish list by taking steps to reduce and eliminate business regulations which were enacted to prevent harm to the American average worker and family.

Reducing regulations that are counter productive, not effective and unnecessarily frustrating to small businesses in particular, in order to increase jobs, sounds like a laudable goal. But that is not what US House representatives were recently planning to do. Republicans along with a handful of Democrats were attempting to pass three laws which benefit their corporate donors at the expense of American people’s safety. This is not counting their efforts to close down the US house ethics office.

Dear Republicans, The US public wants Congress to deregulate to encourage economic growth, but not at the expense of the safety and well being of the American average worker and family, and we will not be easily fooled. We will be vigilant!

On January 16, 2017, the New York Times Editorial Board published the following Op-Ed piece, “The Assault on Health and Safety Begins.”

“Donald Trump has been consistent on one thing. He wants to weaken or end regulations on businesses and industries. As if on cue, House Republicans and a handful of Democrats recently passed three bills that would radically deregulate corporate America.”

“Under the regulatory process, executive agencies write rules to carry out laws passed by Congress aimed at ensuring cleaner air and water, food safety and many other things vital to all Americans. The Republicans claim they want to reform the rule-making process to make regulators more accountable. But the practical effect of the bills, and their real intention, is to give Congress new power to repeal existing rules and block new ones. In essence, they would attack the protections in bedrock laws like the Clean Air Act, without directly attacking the laws — or incurring the public wrath that would come with a frontal assault.” 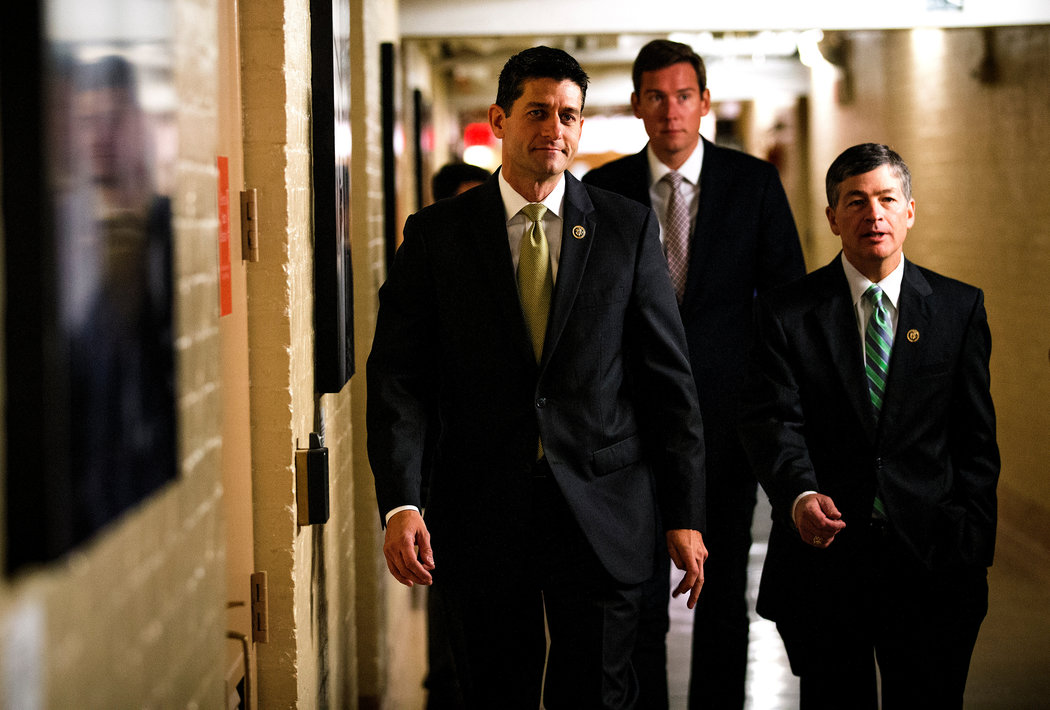 The Senate which has a stake in the underlying laws, should block these efforts to undermine them, by filibuster if necessary.

1.) “One of the bills would let Congress repeal several of the regulations finalized in the last year of the Obama administration as a package, rather than one by one. Current law requires individual consideration to ensure proper debate.”

2.) “The second bill is even more devious. Currently, Congress has to actually vote to kill a rule. This bill says that a rule cannot become effective unless Congress votes to approve it. Congress, in short, could kill a rule by doing nothing.”

3.) “The third bill, the Regulatory Accountability Act, is arguably the most dangerous of all because, as the most arcane, it is likeliest to fly under the public radar.”

“It would complicate the already slow rule-making process by imposing dozens of new legal and procedural requirements on regulators. It would also require regulators to adopt rules that are “least costly” to industry, regardless of a rule’s benefits and even when existing laws–parts of the Clean Air Act, for instance–say that human health takes precedence over costs. This would be a step backward. For decades federal law required the Environmental Protection Agency (EPA) from banning asbestos and thus fostered asbestos-related disease.”

“The bill would also assist industries when they sue to block major rules by requiring courts to delay the rules’ effective date, rather than letting judges decide whether to grant a stay. In what looks like bizarre overreach, it would invite judges to assert their views over the expertise of regulators.” A scaled-down version of the bill almost came to a Senate vote last year with support from three democrats, Heidi Heitcamp of North Dakota, Joe Manchin III of West Virginia, Mark Warner of Virginia–and from Angus King Jr., an independent from Maine. The effort collapsed when environmentalists and consumer advocates argued, successfully, that the bill would harm Americans. The danger this time is that more Democrats, eager to please corporate donors before the elections in 2018, will pile on. It will take firm Democratic leadership and public outcry to avert that outcome.”