aside Broken Promise: Roll Back Of Bank Regulations To Pre-Recession Era 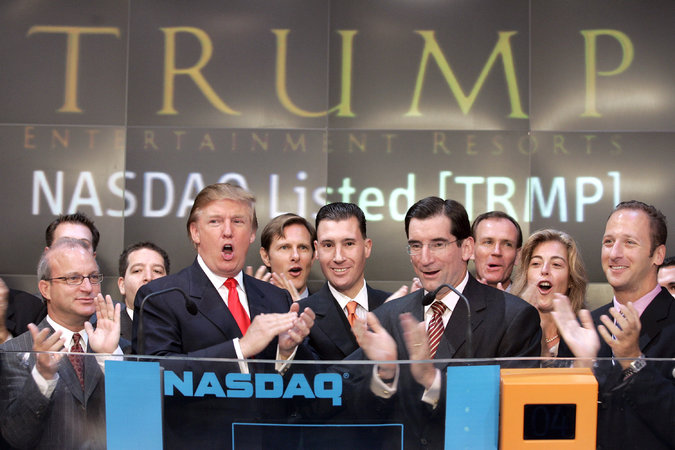 The republican President Donald Trump is already reneging on major promises, like his pledge to always fight for the well-being of the many working Americans who placed their trust, faith and hope in him by electing him as their next US leader.

He is letting his supporters down bigly. The first big break from the president adhering to his commitment to those who supported him, has to do with his decision not to enable Medicare to to be able to lower drug costs by negotiating pricing with pharmaceutical companies. This would also be one major way to lower the costs of Medicare to taxpayers. Instead, he has announced his intent to deregulate the FDA rules, so that new drugs can be introduced into the market sooner.

Next, he wants to repeal the Dodd-Frank Bill which was created to prevent the devastation that many families suffered after the major recession of 2008 with foreclosures, loss of jobs, filing of bankruptcies, loss of pensions, loss of businesses, etc. Some bank executives are now claiming that its institutions are so overcapitalized that the Dodd-Frank regulations are no longer necessary when the only reason for this status is because of the existence of this law.

There is not talk about fine-tuning the bill to make it better for both the consumer and the bank, but the current discussions are more along the line of how best to gut it.

What’s worse, is that he will be breaking his overriding covenant with his hard working followers, “MORE JOBS.”

On 2/3/17 Jared Bernstein of the Washington Post penned the report, “If you want to kill the solid jobs recovery, repeal Dodd-Frank.”

“The bad news is that the Trump administration is threatening to blow up the job market recovery by rolling back financial market oversight. It’s repeal-without-replace all over again, invoking the feared economic shampoo cycle: bubble, bust, repeat.”

“If you think I’m being alarmist, let me explain. The economic recovery of the 2000s was unquestionably ended by the bursting of the housing bubble, which in turn was inflated by under-priced risk. Financial “innovations,” often poorly understood by even those selling them (you saw “The Big Short,” right?), securitization (bundling loans into opaque packages), and sloppy underwriting of mortgage loans led to a housing boom that fed on itself. Brokers explained to home buyers that their obviously unsustainable loans would be absolutely fine, as long as home prices kept defying gravity.”

“But gravity has a way of reasserting itself, which is exactly what it did, and, as I explained above, eight years into this expansion, we’re still not fully recovered.”

“The thing is, while this round of the shampoo cycle was uniquely damaging, it was anything but unique (ergo, the “cycle”). We saw a mini-version of the same dynamics in the dot.com bubble that ended the previous expansion. Economic historians have unearthed countless such examples, and the economist Hy Minsky documented the process. The bust and the losses it generates realign the price of risk with reality. But as the recovery proceeds, the memory of the bust fades and lenders begin to “get their risk on,” often through clever new instruments, and not just exotic loans, but derivatives that take out bets on how those loans will perform.”

“As the cycle proceeds, the onset of econo-amnesia is sharply goosed by the fact that everybody’s making stupid money (i.e., everybody in the top few percent). Even the “risk-assessors” are in on the deal, as loan quality analysis is beset with grade inflation.”

“Then it ends, and guess who gets screwed? Yes, there are big financial losses, but in a scheme that would make Bernie Madoff blush, the banks that inflated the bubble point out that because they’re now sitting on bundles of nonperforming loans, we either bail them out or the ensuing credit freeze blocks the recovery.”

“As a member of the Obama administration when Dodd-Frank was devised and passed, I assure that the legislation was motivated by our desire to break this cycle. I’m not claiming it’s perfect by a long shot. It’s super complicated, but then again, so are these markets. And we left a lot of the regulatory details to be completed post-legislation, which meant we allowed the deep-pocketed bank lobbyists to get into the fray, and that never ends well.” 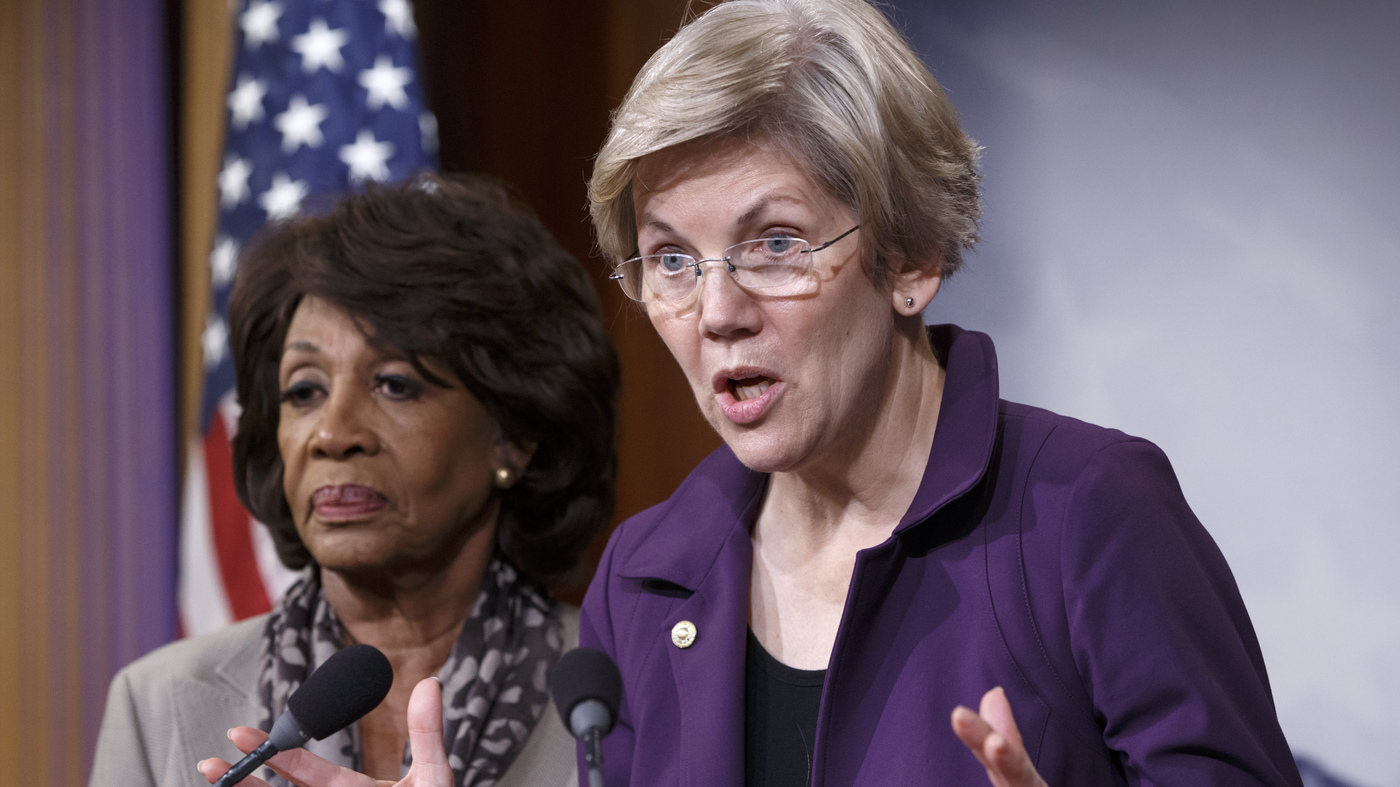 “But somewhat to my surprise, many aspects of the law are working. As Dennis Kelleher, president of Better Markets, told me before the election:”

“Financial regulation is much better today than it has been in decades. However, there is still a long way to go before the unique risks from this handful of very dangerous too-big-to-fail firms are either eliminated or reduced to the lowest levels possible. No question a number of key Dodd-Frank provisions are working, but many still have to be finalized, implemented and, importantly, enforced. It is a comprehensive, integrated law and it all must be enacted to effectively rein in Wall Street’s riskiest activities.”

“One thing we recognized back when crafting Dodd-Frank (with heavy prompting from now-Sen. Elizabeth Warren) was that, given the evolution of the shampoo cycle and the complexity of modern credit markets, financial reform needed to set up a Consumer Financial Protection Bureau. Here’s what Kelleher said about this:”

“The CFPB had to be started from scratch just five years ago but has already made consumer protection a priority in our financial markets, as proved by an impressive record of returning more than $10 billion to 27 million ripped off American consumers. One of the key accelerants of the 2008 crash was widespread predatory, illegal and, too often, criminal conduct where consumers were routinely ripped off and fraud was a frequently a business model. That was due to very little consumer protection pre-crash, which was also highly fragmented and mostly ineffective. The CFPB was a solution to that gaping regulatory hole and it is proving itself to be an invaluable protector of financial consumers across the country.”

“Today I read that team Trump is going after Dodd-Frank, the CFPB, and another, similarly oriented Obama-era initiative, the “fiduciary rule” designed to diminish conflicts of interest between financial advisers and people saving for retirement by requiring such advisers to adopt a standard to act in their clients’ best interests, not their own.”

“Now, check out this poll result from a recent survey of Trump voters by the respected pollster Morning Consult. Strikingly, 65 percent say that Obama-era regulations “requiring financial advisors to put their clients’ interests ahead of their own when providing retirement and investment advice” should be kept in place, while only 17 percent support repeal.”

“Dismantling consumer protections, restoring conflicts of interest and cranking up the economic shampoo cycle are all absolutely fantastic ways to kill the expansion, end the job and wage gains finally starting to reach low- and moderate-income households, exacerbate the income and wealth inequality still very much embedded in our economy, and stick it to some of the very people that helped elect this administration.”