BREAKING NEWS UPDATE ON 2/15/17: Andy Puzder has withdrawn his name from being considered for the post as head of the US Department of Labor.

One major conservative news outlet, the National Review was advising the US Congress to vote no on the confirmation of Andrew Puzder to become the next head of the US Department of Labor. It did not discuss the Oprah Winfrey tape shared with US senators where Mr. Puzder’s ex-wife describes his abuse of her, nor the many former employees who have testified about his ugly treatment of them.

Still, this is a first. Here is the rest of the story:

On 2/15/17, the editors of the National Review published its op-ed piece  opposing Mr. Andrew Puzder’s  bid to become the next US Labor secretary.

Excerpts from the op-ed article, “No to Puzder:”

“Andrew Puzder was from the start an odd choice to head Donald Trump’s Labor Department. The chief of CKE Restaurants, the parent company of fast-food chains such as Carl’s Jr. and Hardee’s, Puzder has long been one of corporate America’s most high-profile advocates of Gang of Eight-style “comprehensive immigration reform” — or, put another way, one of the most high-profile advocates of precisely the approach to immigration policy that Donald Trump opposed during his campaign.”

“Of late, immigration-related labor policy has largely consisted of signing off on the measures American businesses use to undercut domestic workers — for example, of ignoring the way large technology companies exploit the H-1B visa program to import foreign workers unnecessarily (often paying them less than the prevailing wage, in violation of the law) or seasonal businesses take advantage of the H-2B visa program to staff ski resorts.”

“These and other policies reflect the ill-considered consensus that the only solution to certain of America’s woes is ever-higher levels of immigration. The result of this policy has been an intensification of the labor-force exodus, wage stagnation, and social fragmentation that were manifest during the 2016 election cycle.”

“Puzder himself has been a reliable font of clichés in favor of higher levels of legal immigration. He has suggested that “the fact is that there are jobs in this country that U.S. citizens, for whatever reason, are reluctant or unwilling to perform”—a cliché that ignores the possibility of raising wages to attract citizens—and as recently as 2015 encouraged reviving the Gang of Eight approach to immigration. His views on immigration aren’t merely academic for this post. The Department of Labor bears a significant amount of responsibility for enforcing the nation’s immigration laws.

“He is a staunch opponent of knee-jerk demands to raise the federal minimum wage to $15, which he has rightly identified as a surefire way to send minimum-wage workers to the local unemployment office.” 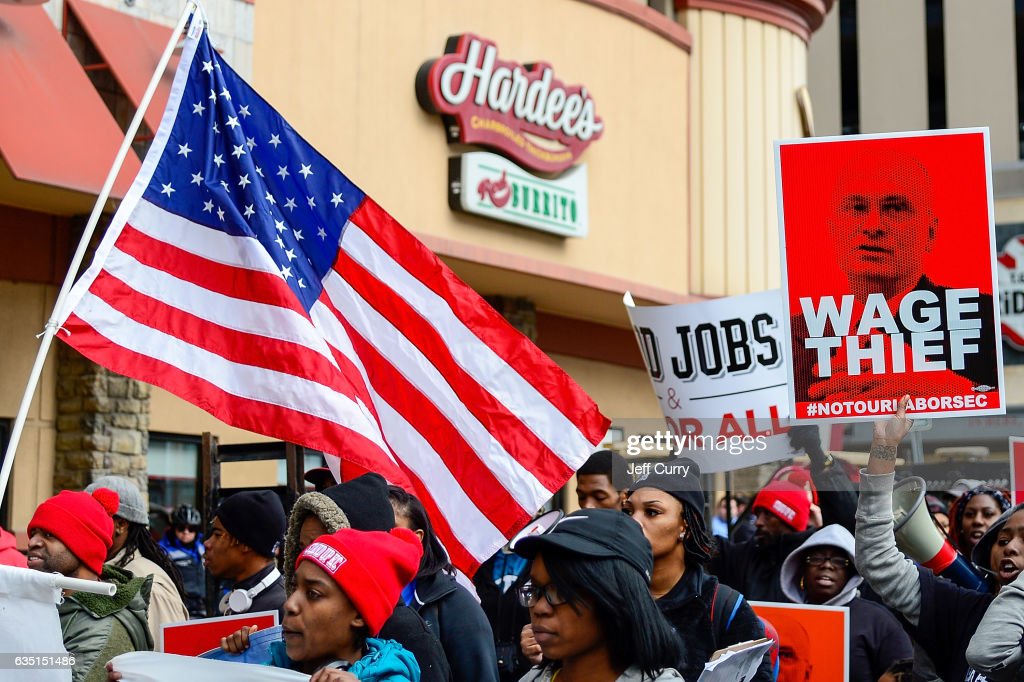 “He’s also unsympathetic to the bullying of organized labor, and it’s to his credit that the AFL-CIO, SEIU, and United Steelworkers have lined up to oppose him. But we were skeptical about this nomination from the start, and  it has been taking on water of late.”

“The unflattering revelations have included that Puzder employed an undocumented housekeeper for several years and failed to pay related taxes. His hearings have been repeatedly delayed as the White House tries to rally support, and recent reports suggest that a handful of Republican senators are still unconvinced.  The case for his confirmation has diminished to the point of disappearing. “ 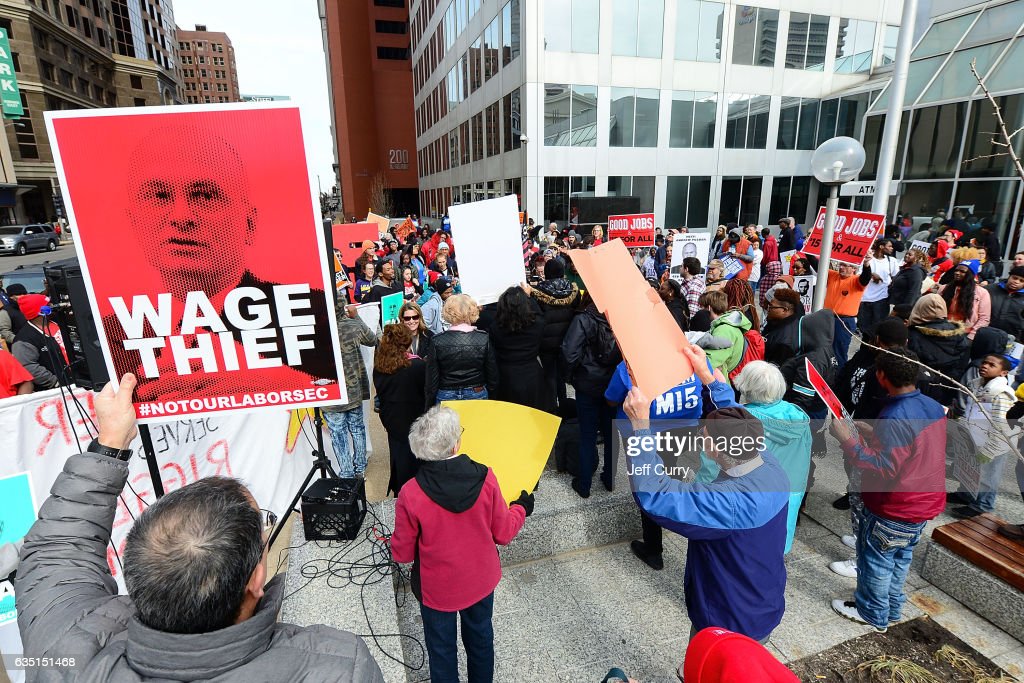 “Not only is Puzder a representative of the worst reflex of corporate America on one of Trump’s signature issues, he is now significantly weakened. We understand the impulse of the White House and the Senate to try to bulldog through rather than to give obstructionist Democrats a scalp. Yet, all the major Trump nominees have won their confirmation battles.”

“The country, and the administration, can weather a re-do on this one.  We have our disagreements with President Trump’s economics, but the emphasis on the interests of lower-income workers who are in competition with immigrant labor is important. Trump should find a labor secretary who agrees with it and can be trusted to try to vigorously effect policies reflecting it. Surely this is a job that some American besides Andy Puzder is willing to do. “