You know there had to be a reason that our republican President Donald Trump went on a tirade at a recent news conference, with a negative over-reactive rant to a journalist who had very respectfully asked about the president’s feelings towards the recent uptick in antisemitic activities.

What the journalist was referring to, is that since President Trump’s election, there have been at least 16 attacks on synagogues and other Jewish centers, and swastika graffiti has appeared in public places across the country.

And this is the tip of the iceberg.

According to the Southern Poverty Law Center, in the days following President Trump’s election, it reported more than 1000 hate crimes which is more typical of numbers over six months. The law center does state that this dramatic increase in the rate of hate crimes has slacked off but the numbers are still above pre-election levels.

Posted Feb. 24, 2017 11:27 am
Kansas man accused of shooting three, killing an Indian man (Srinivas-Kuchibhotla) , after shouting “Get out of my country.”

At least one witness reportedly heard the man yell “get out of my country” shortly before shooting Kuchibhotla and Madasani. The man fled on foot. A manhunt ensued. Five hours later, Purinton reportedly told a bartender at a bar in an Applebee’s in Clinton, Mo., that he needed a place to hide out because he had just killed two Middle Eastern men, The Star has learned. The bartender called police, and Purinton was arrested without incident, Assistant Clinton Police Chief Sonny Lynch said. Purinton was not armed.

The Southern Poverty Law Center’s has published on 12/16/16, its fourth report of bias-related harassment and intimidation incidents around the country following the election. This update spans the period from November 9 to December 12, 2017.

“The SPLC collected reports from news articles, social media, and direct submissions via our #ReportHate intake page. The SPLC made every effort to verify each report, but many included in the count remain anecdotal. Here’s the breakdown nationwide: While the total number has surpassed the 1,000 mark, reports have slowed down significantly compared to the days immediately following the election. The reports are nonetheless as heartbreaking and infuriating as before.”

Just now, our 14 year old son walked into our house and informed me that he just experienced his first hate crime. It’s dark out so he was riding his bike on the sidewalk down the street from our house. He sees a man walking in the middle of the sidewalk, so our son says, “Excuse me”. The man steps to the side and then yells, “Hey nigger, next time get off of the bike”. This is a quick walk from our new home and I am enraged and saddened that someone near us would do that.

I witnessed an apparently inebriated older white man in the park make an obscene gesture at two women in hijabs in a public park. The women scurried away and the man turned to me perhaps under the assumption that I shared his enmity. He made remarks about Ohio and, to the effect, that Muslims are subhuman and that “President Trump got his work cut out for him.” We exchanged words but I avoided an altercation and left the scene.

“Overall, anti-immigrant incidents (315) remain the most reported, followed by anti-black (221), anti-Muslim (112), and anti-LGBT (109). Anti-Trump incidents numbered 26 (6 of which were also anti-white in nature, with 2 non-Trump related anti-white incidents reported).”

“We’ve also been tracking false reports (13 total), as a handful of high profile incidents have been recently uncovered, including two (I, II) that we had previously counted and have removed for this update.”

“While it is almost certain that more false reports will be uncovered, and the SPLC will be quick to update our database, the right-wing narrative that this wave of incidents are all hoaxes doesn’t stand up to the numbers. Counting all 13 false reports, of which only two were counted in our previous reporting, amounts to just over 1 percent of the total number of incidents collected in this update.”

“As we’ve previously reported, many incidents cross multiple “types.” A voicemail, left at a church known for its immigrant community outreach in Grand Rapids, Michigan, on Nov. 21, we categorized as one incident. Its main type was anti-immigrant while its subtypes were anti-LGBT, anti-Latino, and Trump.”

“Here’s a transcription of a hate speech recording:

“Like the incident above, around 37 percent of all incidents directly referenced either President-elect Donald Trump, his campaign slogans, or his infamous remarks about sexual assault.”

“Within these Trump-related incidents, we can see which incident types most frequently included a reference to Trump (excluding anti- and pro-Trump only incidents which would both be 100 percent).”

“Trump-related incidents (including anti-Trump (26) incidents) appear to follow the same trend over time, dropping off since their peak during the period immediately following Election Day.”

“The most frequently reported incident type, anti-immigrant (315) incidents, were around 29 percent of all of those reported to us. We saw a number of different targets, as well as a more generalized sentiment against perceived foreigners that was vague in terms of targeting race or country of origin.” 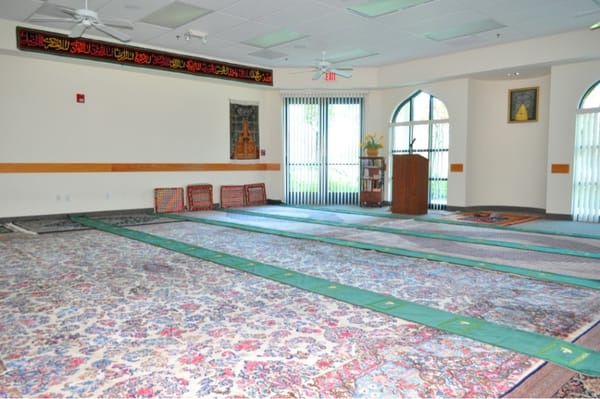 “Of particular note in this updated time period is a string of hateful anti-Muslim letters sent to mosques and Islamic centers around the country. Between Nov. 23 and Dec. 2, the following centers all received an identical letter that described Muslims as “Children of Satan” and a “vile and filthy people.”

“We’ve also been tracking the reported distribution of white nationalist (47), KKK (7), and anti-Semitic (3) posters and fliers. In total, we captured 57 separate incidents with a spike coming on the first Monday following the election.”

“With white nationalist “alt-right” figureheads like Richard Spencer and Milo Yiannopolous touring college campuses, the increased confidence that these groups are feeling following Trump’s victory, and the unprecedented press attention they are receiving, it isn’t surprising to see that nearly 74 percent of these incidents occurred on campuses, where the ‘movement’ hopes to build its numbers.”

“The white nationalist alt-right youth groups behind these incidents were American Vanguard, Identity Evropa, TheRightStuff. We collected reports from the following colleges and universities:” 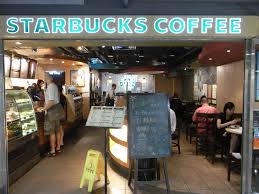 “The breakdown of location types has stayed steady throughout our reporting, with the majority of incidents occurring at K-12 schools (226), businesses like Starbucks, Walmart, and restaurants (203), and colleges and universities (172).”

“In the days to come, if you or someone you know has experienced or witnessed a hate incident, please consider submitting the incident to the SPLC after first reporting to the proper authorities.”

(Reference: “Update: 1094 Bias-Related Incidents in the Month Following the Election“https://www.splcenter.org/hatewatch)