aside The Connections Between Deutsche Bank, Russia And Our President, Part V 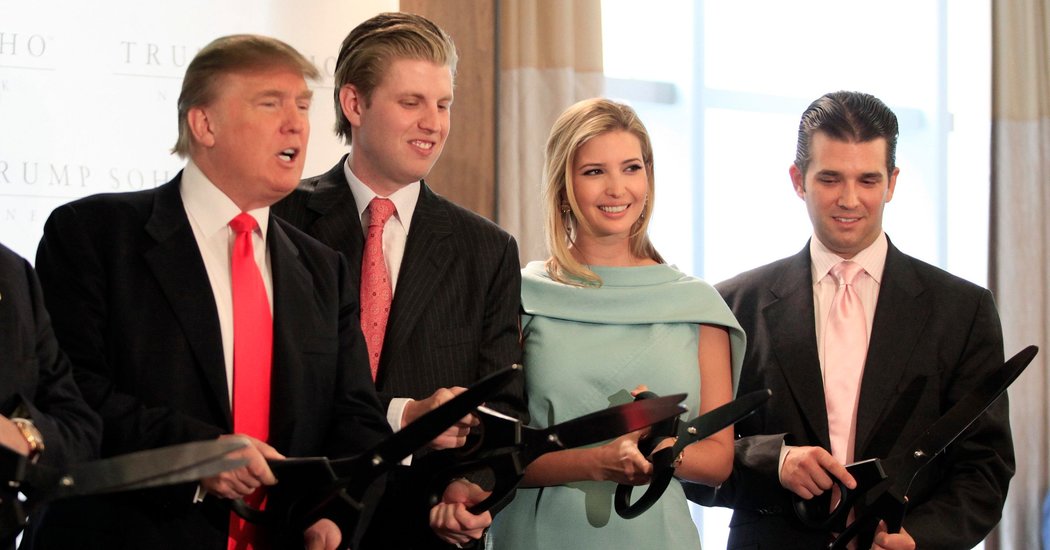 The year 2008 was a pivotal one for our republican President Donald Trump. This was the year that the Russian oligarch Dmitry Rybolovlev purchased the president’s property in Palm Beach for the inflated price of $95 million to $100 million dollars when it was appraised for about $60 million dollars.

During the same time frame, the president was suing his largest creditor Deutsche Bank over a $40 million loan that came due. He claimed that the 2008 downward spiral in property values, due to the US recession was as an “Act of God” which absolved him from this obligation. Somehow this whole incident was taken care of and Deutsche Bank continued to loan the president monies.

It is important to note that the president has a history of shady dealings. The information detailed below demonstrates that this is the way he operated to where his having less than above board dealings with Russian officials should not surprise anyone.

On 4/5/16, Mike McIntire of the NY Times penned the following article, “Donald Trump Settled a Real Estate Lawsuit, and a Criminal Case Was Closed.”

“For Donald J. Trump, it is a long-held legal strategy, if not a point of pride, to avoid knuckling under to plaintiffs in court.”

“But Mr. Trump made an exception when buyers of units in Trump SoHo, a 46-story luxury condominium-hotel in Lower Manhattan, asserted that they had been defrauded by inflated claims made by Mr. Trump, his children and others of brisk sales in the struggling project. He and his co-defendants settled the case in November 2011, agreeing to refund 90 percent of $3.16 million in deposits, while admitting no wrongdoing.”

“The backdrop to that unusual denouement was a gathering legal storm that threatened to cast a harsh light on how he did business. Besides the fraud accusations, a separate lawsuit claimed that Trump SoHo was developed with the undisclosed involvement of convicted felons and financing from questionable sources in Russia and Kazakhstan.”

“And hovering over it all was a criminal investigation, previously unreported, by the Manhattan district attorney into whether the fraud alleged by the condo buyers broke any laws, according to documents and interviews with five people familiar with it. The buyers initially helped in the investigation, but as part of their lawsuit settlement, they had to notify prosecutors that they no longer wished to do so.”

“The criminal case was eventually closed.”

“Trump SoHo is one of several instances in which Mr. Trump’s boastfulness — a hallmark of his career and his campaign — has been accused of crossing the line into fraud. Other lawsuits have charged that he peddled worthless real estate sales courses and misled investors into thinking he had built hotels when in fact he had only licensed his name to them.”

“Alan Garten, the general counsel for the Trump Organization, said that the condo buyers’ lawsuit was not focused on Mr. Trump himself “in any material way,” adding that it cost Mr. Trump nothing. “It was solely a function of returning deposits,” Mr. Garten said.”

“Mr. Garten would not talk about the criminal investigation or whether it was a factor in the decision to settle.”

“The district attorney’s office declined to comment, saying it could not provide information on “a criminal investigation which does not result in an arrest or prosecution.”

“Mr. Trump and his co-defendants made the decision to settle the condo buyers’ lawsuit in 2011.”

Jumping In With New Partners

“Many loudly opposed a huge glass tower (Trump SoHo) at 246 Spring Street that would stab the sky high above its low-key surroundings.”

“If the plans for it attracted controversy, so too would the company most responsible for its development: Bayrock Group.”

“Mr. Trump was foggy on how he first came to do business with Bayrock, a small development company whose offices were in Trump Tower in Midtown. In a deposition a few years ago, he said it might have been a Bayrock associate, Felix H. Sater, who first approached him in the early 2000s.””

“Mr. Sater, a Russian immigrant, had recently joined Bayrock (2007) at the behest of its founder, Tevfik Arif, a former Soviet-era commerce official originally from Kazakhstan. Bayrock, which was developing commercial properties in Brooklyn, proposed that Mr. Trump license his name to hotel projects in Florida, Arizona and New York, including Trump SoHo.”

“The other development partner for Trump SoHo was the Sapir Organization, whose founder, Tamir Sapir, was from the former Soviet republic of Georgia. In addition to receiving a licensing agreement, Mr. Trump would manage the completed condo-hotel, and he was given a minor equity interest in it.”

“Emails and testimony in several lawsuits show that Mr. Sater and Mr. Arif worked closely with Mr. Trump and others in the Trump Organization. Mr. Trump was particularly taken with Mr. Arif’s overseas connections. In a deposition, Mr. Trump said that the two had discussed “numerous deals all over the world.” (See 2007 NY Times report, stock manipulation scheme)

(As per a (2017) GlobalSecurity.org post, “In 2010, (Tevfik Arif) was charged in Turkey for smuggling underage girls into the country for prostitution. Another principal in the deal is Russian émigré Tamir Sapir, who also lives in Trump Tower. Sapir’s executive vice president and top aide, Fred Contini, pled guilty in 2004 to “participating in a racketeering conspiracy with the Gambino crime family for 13 years)”

“Mr. Sater was convicted and sent to prison in 1993 after a New York bar fight in which he stabbed a man in the face with a broken margarita glass. That was a matter of public record. However, what few people beyond insiders at Bayrock knew was that five years later, Mr. Sater was implicated in a huge stock manipulation scheme involving Mafia figures and Russian criminals — and that he became a confidential F.B.I. informant.”

“Mr. Lauria brokered a $50 million investment in Trump SoHo and three other Bayrock projects by an Icelandic firm preferred by wealthy Russians “in favor with” President Vladimir V. Putin, according to a lawsuit against Bayrock by one of its former executives. The Icelandic company, FL Group, was identified in a Bayrock investor presentation as a “strategic partner,” along with Alexander Mashkevich, a billionaire once charged in a corruption case involving fees paid by a Belgian company seeking business in Kazakhstan; that case was settled with no admission of guilt.”

Slowing Sales and a Lawsuit

“The official unveiling of Trump SoHo in September 2007 was quintessential Trump: a red-carpet announcement followed by a big bash.” Mr. Trump took the microphone to extol the greatness of the project. Standing beside him, beaming, were Mr. Arif and Mr. Sater.”

“The timing of Trump SoHo’s completion and marketing could hardly have been worse. The real estate bubble was bursting, and the global economy was on the brink of crisis.” 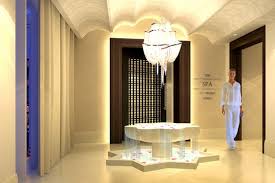 The economics of the investment were largely untested in New York real estate. To get around residential zoning restrictions, owners of Trump SoHo units were allowed to live in them only 120 days a year. The rest of the time, the units would be rented as hotel rooms.”

“The project was marketed aggressively to potential investors overseas, where exchange rates were favorable and the Trump brand carried a certain cachet. Many early buyers were from Europe, including a French former soccer star, Olivier Dacourt.”

“After an initial flurry of activity, the pace of sales slowed considerably. In addition to the economic decline, Trump SoHo was jolted by bad publicity when The New York Times published an article in December 2007 revealing Mr. Sater’s criminal past.” “According to data the Trump SoHo developers filed with state and federal agencies, only 15 to 30 percent of the units had been sold by the start of 2009.”

“The lawsuit (filed by buyers) also suggested that Mr. Trump had contributed to the deception, citing a claim he made at the project’s unveiling. Depending on the news account, he said 3,200 prospective purchasers either had signed up to see the units or had requested applications.”

“The inflated numbers were more than just harmless self-promotion and amounted to fraudulent enticement of investors, who believed they were buying into a project that was healthier than it actually was, said Adam Leitman Bailey, the lawyer representing the buyers.”

“They relied on these misrepresentations to their detriment,” he said.”

“Documents reviewed by The Times, including a state grand jury subpoena, make clear that an area of focus for prosecutors was determining whether the accusations in Mr. Bailey’s lawsuit rose to the level of a crime. The investigation was being handled by the Major Economic Crimes Bureau.”

“As for Trump SoHo, the condo-hotel concept did not pan out. Only about a third of the units were ultimately sold, and one of the project’s lenders foreclosed on the rest, although the property remained open and became a popular luxury hotel, managed by Mr. Trump’s company.”

“Mr. Sater left Bayrock after the news of his criminal background was reported.

“By the time Mr. Trump sat for a deposition in a lawsuit in November 2013, it was clear he no longer saw the benefit of knowing the Bayrock executives. He said he barely knew Mr. Arif: “I mean, I’ve seen him a couple of times; I have met him.”

“As for Mr. Sater, “if he were in the room right now,” Mr. Trump said, “I really wouldn’t know what he looked like.”

But according to the 8/26/16 Politico post by Ben Schreckinger, “A Russian-born, mafia-linked businessman whose ties to both Donald Trump and loyalists of Russian President Vladimir Putin have sparked scrutiny, visited Trump Tower last month for undisclosed business, (Felix Sater) told POLITICO.”

Remember that mid February 2017 story about a Ukraine “peace proposal” hand-delivered to the White House by Mr. Trump’s lawyer, Michael Cohen. He had dropped the proposal off in a sealed envelope at the office of then-National Security Adviser Michael Flynn. The blueprint presented a way for President Trump to consider lifting sanctions against Russia in exchange for a withdrawal of pro-Russian forces from eastern Ukraine along with a long-term lease of Crimea to Moscow. Of course, the Ukrainian officials were not at all pleased with any of this. Guess who was the middleman for this Ukrainian deal? The answer is Felix Sater. It’s a small world.