aside Now The President Is Accusing Susan Rice Of A Crime

Here we go again. The republican President Donald Trump is now accusing the former President Barack Obama’s National Security Adviser Susan E. Rice of having committed a crime for having unmasked US citizens captured on surveillance operations of foreign officials. For clarification, what Susan Rice did was part of her job description and is perfectly legal. And if the American subject happened to have been the recently resigned, NSA General Mike Flynn, then she would have been derelict in her duties to not have uncovered his participation.

“President Trump said on Wednesday (4/5/17) that he thought that the former national security adviser Susan E. Rice may have committed a crime by seeking the identities of Trump associates who were mentioned on intercepted communications and that other Obama administration officials may also have been involved.”

“I think it’s going to be the biggest story,” Mr. Trump said in an interview in the Oval Office, declining repeated requests for evidence for his allegations or the names of other Obama administration officials. “It’s such an important story for our country and the world. It is one of the big stories of our time.”

“He declined to say if he had personally reviewed new intelligence to bolster his claim but pledged to explain himself “at the right time.”

“When asked if Ms. Rice, who has denied leaking the names of Trump associates under surveillance by United States intelligence agencies, had committed a crime, the president said, “Do I think? Yes, I think.”

“Ms. Rice has denied any impropriety. In an interview on Tuesday with MSNBC, she said: “The allegation is that somehow the Obama administration officials utilized intelligence for political purposes. That’s absolutely false.” 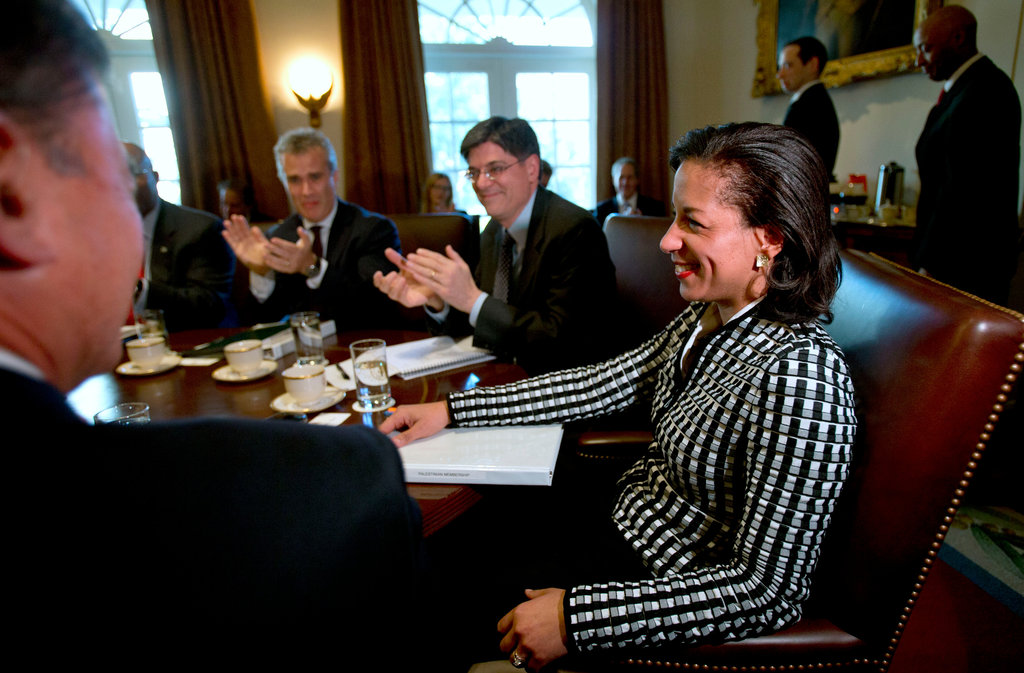 “Mr. Trump criticized media outlets, including The New York Times, for failing to adequately cover the Rice controversy — while singling out Fox News and the host Bill O’Reilly for praise, despite reports this week that the veteran conservative commentator settled five lawsuits filed by women claiming sexual harassment or inappropriate behavior. The president then went on to defend Mr. O’Reilly, who has hosted him frequently over the years.”

“During the interview, (he) was surrounded at his desk by a half-dozen of his highest-ranking aides, including the economic adviser Gary Cohn and Chief of Staff Reince Priebus, along with VP Mike Pence.”