aside NYC, MA And Shareholders Holding Exxon Accountable For Past Climate Change Denials 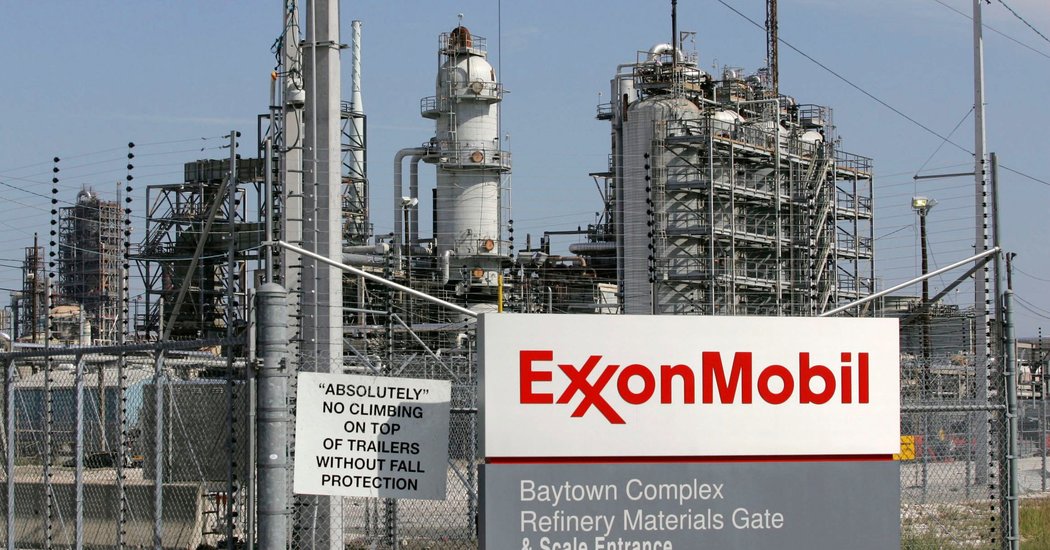 The fossil fuel industry is facing having its executives’ efforts exposed as to how there was an orchestrated movement over the years to provide cover for many on the right to challenge the science behind climate change. There are several lawsuits instituted for exposing its efforts to mislead the public and its shareholders about any foreseeable consequences due to climate change. One major NY lawsuit was filed late 2015 which means that the case against ExxonMobile could be coming to fruition in 2017. The State of Massachusetts, other states and the shareholders have joined in the fray.

The reality is that it would not be seemly for the republican President Donald Trump to be pulling out of the Paris climate change agreement just when this negative news is forthcoming.

As per 1/12/17 CNN Money News item by Matt Eagan, “ExxonMobil has lost a key battle in an investigation into whether the oil giant misled the public about the dangers of climate change.”

“A Massachusetts judge ordered Exxon on Wednesday (1/12/17) to hand over more than four decades of the company’s climate change research.”

“The court rejected Exxon’s emergency motion to kill the demand from Massachusetts Attorney General Maura Healey, who is investigating allegations the company ignored internal scientific research going back to the 1970s.”

“As per the 11/21/16 insideclimatenews.org article by David Hasemyer,  “ExxonMobil shareholders have filed a class-action lawsuit against the company, alleging it misled its investors and the public by failing to disclose the risks posed to its business by climate change.”

“The alleged deception resulted in stockholders paying inflated prices for Exxon stock and subjected them to financial losses because the company knew the value of its oil reserves was less than what it was telling investors, according to the lawsuit filed in Texas federal court earlier this month.”

“Exxon has long understood the negative effects of climate change and global warming and their relation to the worldwide use of hydrocarbons,”according to the lawsuit.”

“Exxon understood and appreciated that it was highly likely that it would not be able to extract all of its hydrocarbon reserves and that certain of those assets were ‘stranded.’ Yet Exxon publicly represented that none of its assets were ‘stranded’ because the impacts of climate change, if any, were uncertain and far off in the future.”

“The New York attorney general has begun an investigation of Exxon Mobil to determine whether the company lied to the public about the risks of climate change or to investors about how such risks might hurt the oil business.”

“According to people with knowledge of the investigation, Attorney General Eric T. Schneiderman issued a subpoena Wednesday evening to Exxon Mobil, demanding extensive financial records, emails and other documents.”

“The investigation focuses on whether statements the company made to investors about climate risks as recently as this year were consistent with the company’s own long-running scientific research.” 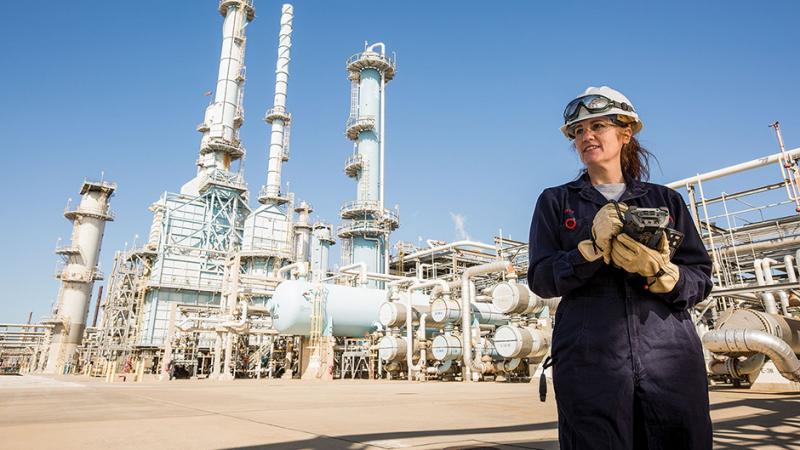 “The people said the inquiry would include a period of at least a decade during which Exxon Mobil funded outside groups that sought to undermine climate science, even as its in-house scientists were outlining the potential consequences — and uncertainties — to company executives.”

“Kenneth P. Cohen, vice president for public affairs at Exxon Mobil, said on Thursday that the company had received the subpoena and was still deciding how to respond.”

“We unequivocally reject the allegations that Exxon Mobil has suppressed climate change research,” Mr. Cohen said, adding that the company had funded mainstream climate science since the 1970s, had published dozens of scientific papers on the topic and had disclosed climate risks to investors.”

“The people with knowledge of the New York case also said on Thursday that, in a separate inquiry, Peabody Energy, the nation’s largest coal producer, had been under investigation by the attorney general for two years over whether it properly disclosed financial risks related to climate change. That investigation was not previously reported, and has not resulted in any charges or other legal action against Peabody.”

“Vic Svec, a Peabody senior vice president, said in a statement, “Peabody continues to work with the New York attorney general’s office regarding our disclosures, which have evolved over the years.”

“The Exxon inquiry might expand further to encompass other oil companies, according to the people with knowledge of the case, though no additional subpoenas have been issued to date.”

“The people spoke on the condition of anonymity, saying they were not authorized to speak publicly about investigations that could produce civil or criminal charges. The Martin Act, a New York state law, confers on the attorney general broad powers to investigate financial fraud.”

“To date, lawsuits trying to hold fuel companies accountable for damage they are causing to the climate have failed in the courts, but most of those have been pursued by private plaintiffs.”

“Attorneys general for other states could join in Mr. Schneiderman’s efforts, bringing far greater investigative and legal resources to bear on the issue. Some experts see the potential for a legal assault on fossil fuel companies similar to the lawsuits against tobacco companies in recent decades, which cost those companies tens of billions of dollars in penalties.”

“This could open up years of litigation and settlements in the same way that tobacco litigation did, also spearheaded by attorneys general,” said Brandon L. Garrett, a professor at the University of Virginia School of Law. “In some ways, the theory is similar — that the public was misled about something dangerous to health. Whether the same smoking guns will emerge, we don’t know yet.”

“In the 1950s and ’60s, tobacco companies financed internal research showing tobacco to be harmful and addictive, but mounted a public campaign that said otherwise and helped fund scientific research later shown to be dubious. In 2006, the companies were found guilty of “a massive 50-year scheme to defraud the public.”

“The history at Exxon Mobil appears to differ, in that the company published extensive research over decades that largely lined up with mainstream climatology. Thus, any potential fraud prosecution might depend on exactly how big a role company executives can be shown to have played in directing campaigns of climate denial, usually by libertarian-leaning political groups.”

“For several years, advocacy groups with expertise in financial analysis have been warning that fossil fuel companies might be overvalued in the stock market, since the need to limit climate change might require that much of their coal, oil and natural gas be left in the ground.”

The people with knowledge of the case said the attorney general’s investigation of Exxon Mobil began a year ago, focusing initially on what the company had told investors about the risks that climate change might pose to its business.

“News reporting in the last eight months added impetus to the investigation, they said. In February, several news organizations, including The New York Times, reported that a Smithsonian researcher who had published papers questioning established climate science, Wei-Hock Soon, had received extensive funds from fossil fuel companies, including Exxon Mobil, without disclosing them. That struck some experts as similar to the activities of tobacco companies.”

“More recently, Inside Climate News and The Los Angeles Times have reported that Exxon Mobil was well aware of the risks of climate change from its own scientific research, and used that research in its long-term planning for activities like drilling in the Arctic, even as it funded groups from the 1990s to the mid-2000s that denied serious climate risks.”

“Mr. Cohen, of Exxon, said on Thursday that the company had made common cause with such groups largely because it agreed with them on a policy goal of keeping the United States out of a global climate treaty called the Kyoto Protocol.

“We stopped funding them in the middle part of the past decade because a handful of them were making the uncertainty of the science their focal point,” Mr. Cohen said. “Frankly, we made the call that we needed to back away from supporting the groups that were undercutting the actual risk” of climate change.”

“We recognize the risk,” Mr. Cohen added. He noted that Exxon Mobil, after an acquisition in 2009, had become the largest producer of natural gas in the United States.”

“Because natural gas creates far less carbon dioxide than coal when burned for electricity, the company expects to be a prime beneficiary of President Obama’s plan to limit emissions. Exxon Mobil has also endorsed a tax on emissions as a way to further reduce climate risks.”

“Whether Exxon Mobil began disclosing the business risks of climate change as soon as it understood them is likely to be a major focus of the New York case. The people with knowledge of the case said the attorney general’s investigators were poring through the company’s disclosure filings made since the 1970s, but were focusing in particular on recent statements to investors.”