This Trump-Russian saga keeps rolling along making some crazy turns. This side show reveals a Russian Oligarch who has been volunteering to testify regarding a case involving his former friend and partner, Paul Manafort but he wants immunity, and I can’t tell if he was even asked to do this. My question would be, is this an attempt by him to obtain a visa to enter the US.

On 5/26/17, Barry Meier and Jesse Drucker of the New York Times penned the following report, “Russian Once Tied to Trump Aide Seeks Immunity to Cooperate With Congress.”

“Oleg V. Deripaska, a Russian oligarch once close to President Trump’s former campaign manager, (Paul Manafort) has offered to cooperate with congressional committees investigating Russian meddling in the 2016 election, but lawmakers are unwilling to accept his conditions, according to congressional officials.”

“Mr. Deripaska’s offer comes amid increased attention to his ties to Paul Manafort, who is one of several Trump associates under FBI scrutiny for possible collusion with Russia during the presidential campaign. The two men did business together in the mid-2000s, when Mr. Manafort, a Republican operative, was also providing campaign advice to Kremlin-backed politicians in Ukraine. Their relationship subsequently soured and devolved into a lawsuit.” 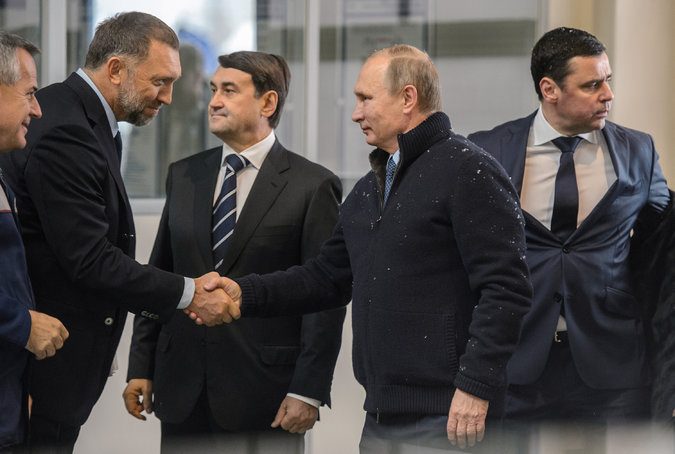 “Mr. Deripaska, an aluminum magnate who is a member of the inner circle of the Russian president, Vladimir V. Putin, recently offered to cooperate with congressional intelligence committees in exchange for a grant of full immunity, according to three congressional officials, speaking on condition of anonymity because they were not authorized to discuss the issue publicly. But the Senate and House panels turned him down because of concerns that immunity agreements create complications for federal criminal investigators, the officials said.”

“Mr. Deripaska, who lives in Moscow, has long had difficulty traveling to the United States. The State Department has refused to issue him a business visa because of concerns over allegations that he was connected to organized crime, according to a former United States government official, which Mr. Deripaska has denied.”

“But he was able to enter the country in another way during that period, according to previously undisclosed court documents. Mr. Deripaska came to the United States eight times between 2011 and 2014 with government permission as a Russian diplomat, according to affidavits he gave in a little-noticed lawsuit in a Manhattan court. Mr. Deripaska said in the court papers that his visits were brief and made in connection with meetings of the G-20 and the United Nations, not to conduct business.”

“The court documents and public records show that Mr. Deripaska, whose companies have long had offices in New York, has expanded his American holdings over the past 10 years, buying high-priced Manhattan townhouses and a major stake in a Russian-language newspaper in New York.” 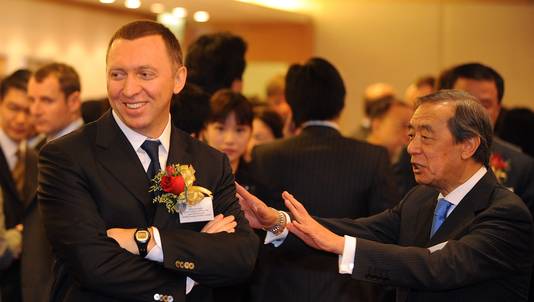 “The lawsuit was brought by Alexander Gliklad, a Russian-born businessman, who charged that Mr. Deripaska had used his diplomatic status as a cover to do business, which the oligarch denied.

“As Mr. Manafort’s dealings with Russia-friendly Ukrainian politicians, business activities and loans have come under examination in recent months, his former client has gotten caught up in the media scrutiny. The two men were partners in an offshore fund set up in 2007 to buy telecommunications and cable television assets in Ukraine, where Mr. Manafort had advised then-President Viktor F. Yanukovych. That deal fell apart, winding up in litigation in the Cayman Islands.”

“In March, Mr. Deripaska took out newspaper ads stating that he was willing to participate in hearings before Congress after The Associated Press published a report alleging that Mr. Manafort had provided him with a plan in 2005 outlining steps to “greatly benefit the Putin government,” by influencing politics and news coverage in the United States. Mr. Deripaska has denied ever entering into such an arrangement and sued The A.P. for libel last month. The news organization has said it stands by its article. Mr. Manafort has denied that his work for the oligarch was aimed at aiding the Russian government.” 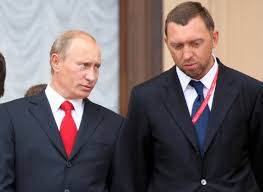 For years, Mr. Putin complained about the State Department’s refusal to issue Mr. Deripaska a visa. “They give us nothing, explain to us nothing, and forbid him from entry,” Mr. Putin told the French newspaper Le Monde in 2008.”

“It is considered difficult to deny diplomatic visas to people carrying the proper credentials issued by their own countries. A State Department spokesman, William B. Cocks, said he could not discuss individual visa issues, citing confidentiality. But speaking generally, he said diplomats coming to the United States received a special visa while foreigners doing business in this country needed a business visa.”

“The timing of Mr. Deripaska’s diplomatic visits to the United States are notable because they began after the F.B.I. withdrew from a secret deal that allowed him into the country. In 2008, the F.B.I., over State Department objections, arranged for him to receive a special visa after he agreed to help the bureau find a retired agent, Robert Levinson, who had disappeared in Iran the year before. F.B.I. officials ended the deal in 2009 after concluding that the arrangement was not fruitful.”

He sought to get a visa in 2015 to testify in the Manhattan court case, according to court filings, but the State Department refused to issue him one.

“Mr. Deripaska, whose net worth has been estimated at $5.3 billion by Forbes, has global business interests and sits atop a number of companies, including United Company Rusal and Basic Element, which includes businesses ranging from agriculture to aviation to automobiles.”

“According to filings in the Manhattan lawsuit, Mr. Deripaska’s investments in the United States over the past decade include two Manhattan townhouses bought through shell companies owned by a British Virgin Islands trust. Records show one of those properties, in Greenwich Village, was purchased in 2006 for $4.5 million; the other building, on the Upper East Side, was bought two years later for $42.5 million. In 2014, he acquired a 50 percent stake in the largest Russian-language newspaper in the United States, V Novom Svete, or In The New World, located in Lower Manhattan, court filings state.”

“He also agreed to “support” a hedge fund run by the former president of the World Bank, James Wolfensohn, by investing in it through an offshore shell company, according to one filing.”