In the Attorney General Jeff Sessions’ testimony on Russia before the US Senate Intel Committee on June 13, 2017,  his default position was ‘can’t recall’ with vagueness, obfuscation and deflection as the order of the day. His Trump-like act fell flat and few found his performance, believable. Mr. Sessions has stated for the record under oath that he does not recall meetings with with Russian officials beyond the two he finally admitted to after having been confronted with intelligence data to help with his memory.  Now, it seems a well known Washington DC Pro-Russian republican lobbyist, Richard Burt is also disputing Mr. Sessions recollections. 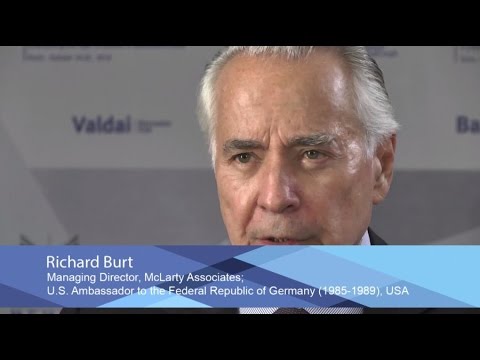 According 10/17/16 Politico report by Ben Schreckinger and Julia Ioffe, “A Republican lobbyist was earning hundreds of thousands of dollars to promote one of Vladimir Putin’s top geopolitical priorities at the same time he was helping to shape Donald Trump’s first major foreign policy speech.”

“In the first two quarters of 2016, the firm of former Reagan administration official Richard Burt received $365,000 for work he and a colleague did to lobby for a proposed natural-gas pipeline owned by a firm controlled by the Russian government, according to congressional lobbying disclosures reviewed by POLITICO. The pipeline, opposed by the Polish government and the Obama administration, would complement the original Nord Stream, allowing more Russian gas to reach central and western European markets while bypassing Ukraine and Belarus, extending Putin’s leverage over Europe.”

Then in a 9/23/16 Politico Magazine article by Julia Ioffe, I found this paragraph, “One source suggested to me that Richard Burt, former U.S. ambassador to Germany, START treaty negotiator, and longtime lobbyist for Alfa Bank, was the nexus. It was Burt who helped draft Trump’s foreign policy speech in April, and who had been advising the Trump campaign, via Senator Jeff Sessions, on foreign policy.”

Mr. Burt was a prominent figure in Donald Trump’s campaign, making it all but impossible for Mr. Sessions to argue that he somehow didn’t know who Mr. Burt was, or what he did for a living.

It  is important to note that prior to Mr. Sessions signing onto Mr. Trump’s presidential campaign in March 2016, he had a 20 year history of having no contacts with foreign dignitaries even while he served on the US Senate’s Armed Forces Committee. So when he claims before the Senate Intel Committee members that if he met with foreign high level officials, it was in his capacity as a senator and not as Mr. Trump’s campaign surrogate, he is definitely misstating his case.
As per an Atlantic report as footnoted below, “Members of Congress meet with foreign ambassadors all the time, as Representative Eliot Engel, the ranking Democrat on the House Foreign Affairs Committee, pointed out in a hearing this spring. But when I asked one senior Republican Senate staffer whether Sessions was known as a foreign-policy specialist who met regularly with ambassadors during his 20 years in the Senate, the response was incredulity. “Is that a serious question?” the staffer said. “He’s clueless.  I honestly can’t remember anything he ever did or said on foreign policy,” a long-serving Republican Senate national-security staffer said.”

On JUNE 15, 2017, Stephonie Kirchgaessner of The Guardian penned the following report, Lobbyist for Russian interests says he attended dinners hosted by Sessions.” (“Richard Burt contradicts Jeff Sessions’ testimony that he didn’t believe he had contacts with lobbyists working for Russian interests during Trump’s campaign.”)
“An American lobbyist for Russian interests who helped craft an important foreign policy speech for Donald Trump has confirmed that he attended two dinners hosted by Jeff Sessions during the 2016 campaign, apparently contradicting the attorney general’s sworn testimony given this week.”

“Sessions testified under oath on Tuesday (6/13/17) that he did not believe he had any contacts with lobbyists working for Russian interests over the course of Trump’s campaign. But Richard Burt, a former ambassador to Germany during the Reagan administration, who has represented Russian interests in Washington, told the Guardian that he could confirm previous media reports that stated he had contacts with Sessions at the time.”

“Several media reports published before Trump’s election in November noted that Burt advised then candidate Trump on his first major foreign policy speech, a role that brought him into contact with Sessions personally.” 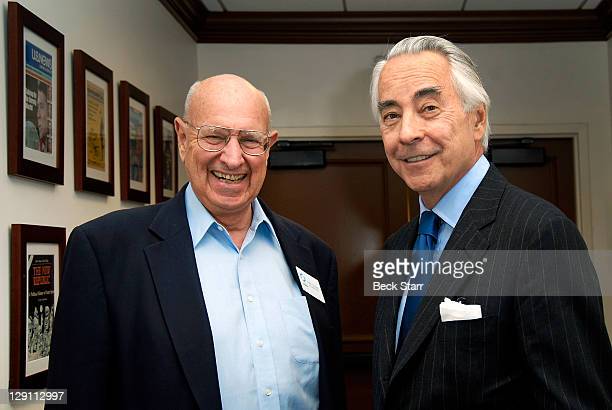 “Burt, who previously served on the advisory board of Alfa Capital Partners, a private equity fund where Russia’s Alfa Bank was an investor and last year was lobbying on behalf of a pipeline company that is now controlled by Gazprom, Russia’s state-controlled energy conglomerate, first told Politico in October that he had been invited to two dinners that were hosted by Sessions last summer 2016, at the height of the presidential campaign.”

“Sessions, a former senator for Alabama who was chairman of the Trump campaign’s national security committee (as of March 2016), reportedly invited Burt so that he could discuss issues of national security and foreign policy.”

“When John McCain, the AZ Republican senator who is a frequent critic of Trump and Russian president Vladimir Putin, asked Sessions in a hearing this week before the Senate intelligence committee about whether the attorney general had ever had “any contacts with any representative, including any American lobbyist or agent of any Russian company” during the 2016 campaign, Sessions said he did not.”

“Other outlets, including the New Yorker magazine and Reuters, also reported last year that Burt had contributed his views to Trump’s speech. When NPR interviewed Burt in May 2016 about the talk, he said he was “asked to provide a draft for that speech, and parts of that draft survived into the final [version]”.

“The speech, delivered on April 27, 2016 at the Mayflower Hotel, was attended by Russian Ambassador Sergey Kislyak and is now at the heart of new questions about Sessions’ personal dealings with Russian officials. Sessions recused himself from oversight of the FBI’s investigation into possible collusion between the Kremlin and the Trump campaign in March after it emerged that he held two undisclosed meetings with the Russian ambassador last year.”

“Questions directed at Sessions by lawmakers days later – after they had privately been briefed by Comey – suggested it related to a third alleged encounter with Kislyak that had not been disclosed, this time at the Mayflower Hotel speech. In his confirmation hearing, Sessions had told lawmakers under oath that he had never had communication with Russian officials.”

(It is a fact that both Mr. Sessions and the Russian Ambassador Sergey Kislyak were present with a few other guests at a VIP reception held at the Mayflower Hotel (4/27/16), hosted by a pro-Russia think tank ( Center for the National Interest where Mr. Burt is a board member) prior to the then presidential candidate Donald Trump delivering his first foreign policy speech. Mr. Jeff Sessions had already started arranging meetings with foreign officials on April 14, 2016 as part of his official capacity within Mr. Trump’s campaign.)

“In the latest hearing (6/13/17), Sessions said he may have “possibly” had an “encounter” with the Russian ambassador during a reception at the Mayflower.” 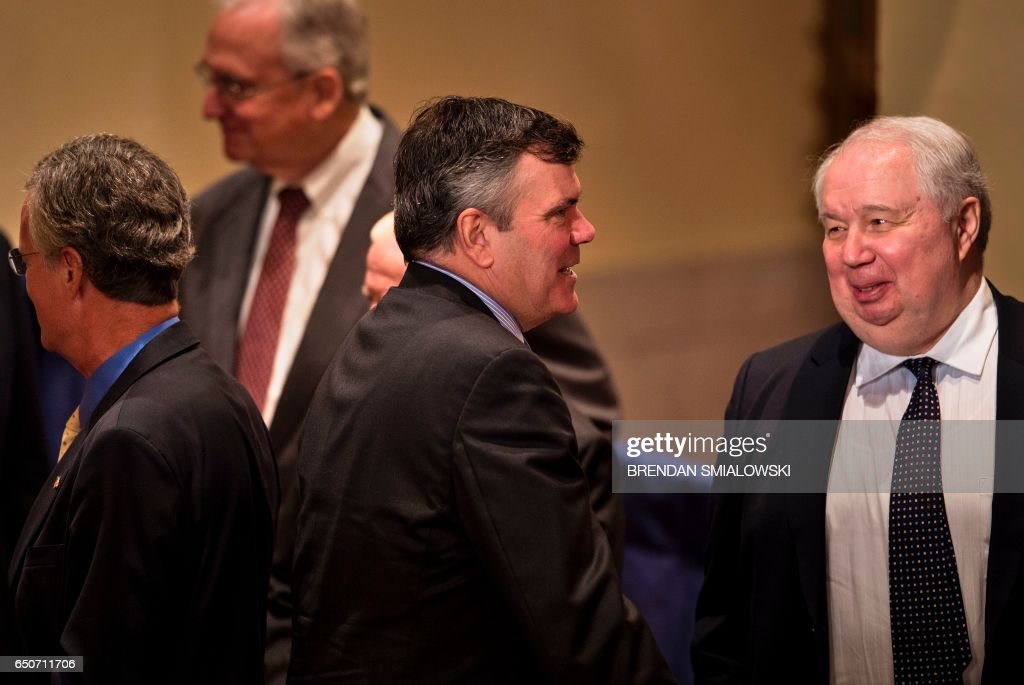 “While Burt has not played a central role in the FBI and congressional investigation, Sessions’ response about his dealings with American lobbyists – which appears to contradict previous reports that Burt and Sessions communicated during the campaign – could invite more scrutiny of the attorney general’s testimony.’

“It is also possible that Sessions was not fully aware of Burt’s lobbying history, although Burt’s affiliation with Russian interests is well known in Washington circles.”

“The former ambassador is managing director of the Europe and Eurasia practice at McLarty Associates. In that role, he’s served as a lobbyist for the New European Pipeline AG, the company behind Nord Stream II. At the time the work started, Gazprom, the Russian state-owned oil company, owned a 50% stake, but it now owns the entire entity. The pipeline, which is seen as making Europe more dependent on Russian energy exports, was opposed by the Obama administration.”

Burt also serves on the board of Deutsche Bank’s closed-end fund group, according to his online biography.”

“The former ambassador and lobbyist appears to have recently sought to downplay his role in helping Trump to formulate the Mayflower speech.”

Why Did Jeff Sessions Really Meet With Sergey Kislyak? – The Atlantic   https://www.theatlantic.com 6/12/17