In past blogs, I have shared my concern that the republican President Donald Trump has been making policies based on his financial considerations instead of acting on the best interests of this county, USA. And I have provided examples as proof. Well, the following details reported in the Washington Post provides additional proof.

On June 20, 2017, Shawn Boburg of the, Washington Post penned the following report, “Trump seeks sharp cuts to housing aid, except for program that brings him millions.”

“President Trump’s budget calls for sharply reducing funding for programs that shelter the poor and combat homelessness — with a notable exception: It leaves intact a type of federal housing subsidy that is paid directly to private landlords.”

“One of those landlords is Trump himself, who earns millions of dollars each year as a part-owner of Starrett City, the nation’s largest subsidized housing complex. Trump’s 4 percent stake in the Brooklyn complex earned him at least $5 million between January of last year and April 15, according to his recent financial disclosure.”

“Trump’s business empire intersects with government in countless ways, from taxation to permitting to the issuing of patents, but the housing subsidy is one of the clearest examples of the conflicts experts have predicted. While there is no indication that Trump himself was involved in the decision, it is nonetheless a stark illustration of how his financial interests can directly rise or fall on the policies of his administration.”

“The federal government has paid the partnership that owns Starrett City more than $490 million in rent subsidies since May 2013, according to figures provided by a spokesman for the Department of Housing and Urban Development. Nearly $38 million of that has come since Trump took office in January.”

“That subsidy generates steady income for Trump and his siblings, each of whom inherited an interest in the property when their father died. Although it represents a small portion of his overall wealth, it is one of the few examples of money the president derives directly from the federal government he oversees.”

“HUD, meanwhile, has come under fire in recent days after newsof the expected nominee to lead the department in the New York region: Lynne Patton, an event planner who has no professional experience in housing but who is a former vice president of Eric Trump’s foundation and who helped plan his wedding.”

“The administration’s decisions on housing programs were not influenced by Trump’s interest in Starrett City, HUD spokesman Jereon Brown said Tuesday. Several experts said cutting the subsidy paid directly to landlords can be politically difficult, in part because many beneficiaries of that type of subsidized housing are elderly and in part because landlords are more likely to be politically organized.”

“Starrett City is a complex of 46 brick towers that stretches across 150 acres just to the west of New York’s John F. Kennedy Airport. It was built in the mid-1970s and houses nearly 15,000 people.”

“Trump once called Starrett City “one of the best investments I ever made,” but it was his father who was an investor in its construction, according to a representative of Starrett City.”

“Upon Fred Trump’s death, his four children inherited his interests,” Bob Liff, a spokesman for Starrett City Associates, the partnership that owns the complex, said in a statement to The Washington Post. “There’s been no change, except that Donald Trump’s holding was placed in a revocable trust upon becoming president.”

“Placing his stake in a revocable trust allows it to be managed by others. Trump has not divested himself of his assets but has said he has turned over management to his sons.”

“The more than $5 million the president reported earning from Starrett City was part of nearly $600 million in gross revenuehe claimed from January 2016 through mid-April, records show.”

“It’s a conflict, and it’s why everyone has pushed Trump to not only step away from his business interests but to divest them,” said Scott Amey, general counsel at the Project on Government Oversight, an independent watchdog organization.”

“A White House spokeswoman declined to respond to detailed questions from The Post and directed inquiries to the Trump Organization, which did not respond to messages Monday and Tuesday.”

“Starrett City provides more than 3,500 subsidized housing units to low-income residents under a program that makes payments directly to landlords. Under the “project-based rental assistance program,” residents contribute 30 percent of their income toward rent, and the federal government pays the rest.”

“The project-based rental assistance program is one of only a few HUD programs that would be spared steep cuts under Trump’s proposed budget, which housing advocates have said would carry devastating consequences for the poor and the homeless.” 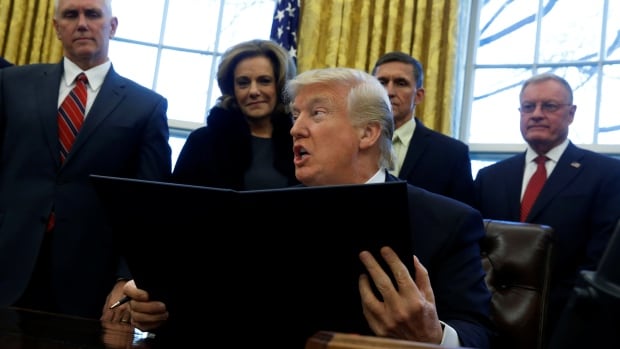 “The administration has proposed reducing HUD’s overall budget by $7 billion, or about 15 percent. That includes cuts to two of the other programs that, together with the program that pays landlords directly, serve the vast majority of people who get federal housing assistance.”

“The budget calls for a nearly 29 percent cut, or $1.8 billion, to public housing and a 5 percent drop, or nearly $1 billion, in vouchers that allow tenants to use the aid on the housing of their choice, according to Douglas Rice, a senior policy analyst at the Center on Budget and Policy Priorities. In contrast, the program that directs money to Starrett City and other privately owned housing would see a reduction of about half a percent, or $65 million, from its $10.8 billion allocation.”

“It certainly raises questions as to why that remained relatively flat while there were other cuts,” Amey said.”

“But Amey and others cautioned against assuming that Trump’s holdings were a factor in the decision, noting that Starrett City represents a relatively small portion of the president’s income.”

“Ben Carson, the HUD secretary, has said that “no one is going to be thrown out on the street” if the proposed cuts take effect. Congress has ultimate say on the budget, but the Trump spending plan lays out the president’s priorities.”

“Compounding the questions swirling around HUD this week were reports that Carson was poised to name Patton, who spoke at the Republican National Convention, to the position of regional administrator overseeing the New York area.”

“Williams, a conservative commentator, said Patton earned Carson’s trust in just a few months while serving as his $160,000-a-year senior adviser. “She has shown a capacity not only to learn but to regurgitate, to put together tours where she shows she has a knowledge of HUD,” Williams said. “She has done a great job of briefing the secretary.”

“Patton previously worked as an event planner for the Trump Organization and “a senior aide to the Trump family.” She organized “upscale events and celebrity golf tournaments at multiple Trump properties” and handled “celebrity talent acquisition for various marketing projects,” according to an online résumé on the website LinkedIn.”

“The New York Daily News first reported her expected appointment late last week and raised questions about claims she made on her LinkedIn profile. Under “education” she lists a law degree from the Quinnipiac University School of Law, along with the notation “N/A.” After the controversy erupted, she explained that “N/A,” short for “not applicable,” was meant to signify that she did not finish law school.”

As one of 10 regional administrators, Patton would serve as a liaison to local and state officials in the New York area and oversee HUD programs there.

Some New York City officials scoffed at her prospective appointment.

“Folks in that role historically have had substantial background in government or in housing,” Mayor Bill de Blasio, who served in that position previously, said during a radio program this week.

Michael Bodaken, president of the National Housing Trust, said the regional administrator would not have authority to make budget decisions or issue waivers that could benefit Starrett City. He added, “We would have been happier with someone with substantial housing experience because it’s such an important job.”

He said that neither the president nor anyone in the Trump family had urged Carson to recommend her for the position and that her closeness to the family was not a factor.

“It did not help her with Dr. Carson,” Williams said. “He was skeptical, too, just like anyone else. He didn’t realize she had the intellect and the knowledge and work ethic she has.”