aside President Re-Certifies US Iran Nuclear Deal On July 17, 2017

On July 17, 2017, the republican President Donald Trump re-certified the US-Iran Deal but it was virtually over his dead body. His cabinet members, Secretary of State Rex Tillerson, Defense Secretary Jim Mattis, National Security Advisor H.R. McMaster, and Gen. Joseph F. Dunford Jr., the chairman of the Joint Chiefs of Staff, strongly advised him to do this. According to multiple sources, the president did not want to do this but eventually he was talked into abiding by the agreement. 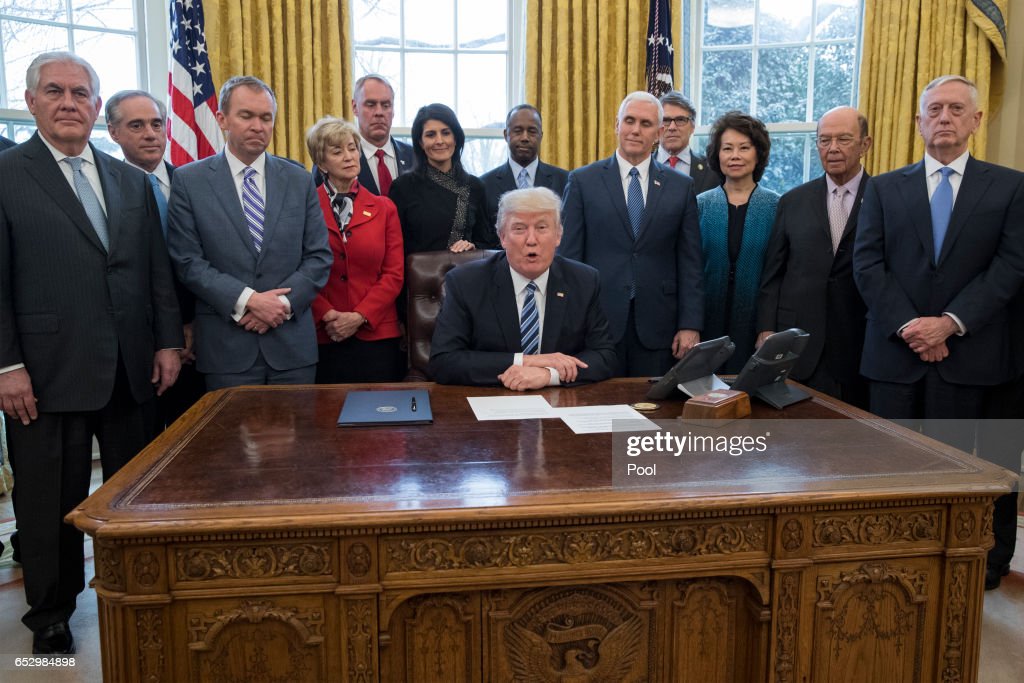 “President Trump agreed on Monday (7/17/17) to certify again that Iran is complying with an international nuclear agreement that he has strongly criticized, but only after hours of arguing with his top national security advisers, briefly upending a planned announcement as a legal deadline loomed.”

“Mr. Trump has repeatedly condemned the deal brokered by President Barack Obama as a dangerous capitulation to Iran, but six months into his presidency he has not abandoned it. The decision on Monday was the second time his administration certified Iran’s compliance, and aides said a frustrated Mr. Trump had told his security team that he would not keep doing so indefinitely.”

“Administration officials announced the certification on Monday evening while emphasizing that they intended to toughen enforcement of the deal, apply new sanctions on Iran for its support of terrorism and other destabilizing activities and negotiate with European partners to craft a broader strategy to increase pressure on Tehran. Aides said Mr. Trump had insisted on such actions before agreeing to the consensus recommendation of his national security team.”

“By law, the administration is required to notify Congress every 90 days whether Iran is living up to the deal, which limited its nuclear programin exchange for the lifting of many international sanctions. With the latest deadline approaching on Monday, the issue set off a sharp debate between the president and his own team, starting last week, aides said.”

“During an hour long meeting last Wednesday (7/12/17), all of the president’s major security advisers recommended he preserve the Iran agreement for now. Among those who spoke out were Secretary of State Rex W. Tillerson; Defense Secretary Jim Mattis; Lt. Gen. H. R. McMaster, the national security adviser; and Gen. Joseph F. Dunford Jr., the chairman of the Joint Chiefs of Staff, according to an official who described internal discussions on condition of anonymity. The official said Mr. Trump had spent 55 minutes of the meeting telling them he did not want to.”

“Mr. Trump did not want to certify Iran’s compliance the first time around either, but was talked into it on the condition that his team come back with a new strategy to confront Tehran, the official said. Last week, advisers told the president they needed more time to work with allies and Congress. Mr. Trump responded that before he would go along, they had to meet certain conditions, said the official, who would not outline what the conditions were.”

“While Mr. Trump headed to Paris and then spent the weekend in New Jersey, his team developed a strategy that they hoped would satisfy him and planned to notify Congress and make the case publicly on Monday. But even as allies were quietly being informed, Mr. Trump balked when he heard the plan at his morning security briefing, the official said. The argument continued during a separate meeting with Mr. Tillerson as Mr. Trump pressed for more action, the official said.”

“Suddenly, a background briefing to announce the decision was postponed and Mr. Spicer was sent out to assure reporters that a decision would be coming “very shortly,” while aides scrambled to satisfy Mr. Trump. He agreed only late in the day after a final meeting in the Oval Office, in effect telling his advisers that he was giving them another chance and this time they had to deliver. The announcement was then rescheduled for the early evening and a notice was sent to Congress to continue withholding nuclear-related sanctions against Iran.”

“Under the agreement, the United States can still penalize Iran for behavior such as its development of ballistic missiles or support for terrorism, but it cannot simply reapply the same sanctions that were lifted under a different guise. Iran has the right to appeal to a joint committee and make the argument that the United States is in violation.”

“European officials have long argued that the agreement was intended only to restrict Iran’s nuclear program, not the panoply of other issues. If the international community were to do more to confront Tehran over its efforts to destabilize neighbors in the Middle East, European officials have said, it would be better to face an Iran without nuclear weapons. They have shown little enthusiasm for revisiting the deal, much less undercutting it.”

“Whether Mr. Trump’s actions will satisfy conservatives who have been urging him to rip up the Iran deal seemed unlikely. In a column in The Hill, a Capitol Hill newspaper, John R. Bolton, a former ambassador to the United Nations who has interviewed with the president for several jobs in the administration, argued that the nuclear agreement “remains palpably harmful to American national interests.” Withdrawing from it, he said, “should be the highest priority.”

“Israel and its supporters in Washington also have bristled at a new cease-fire in southwest Syria that was brokered by Mr. Trump and President Vladimir V. Putin of Russia, fearing it will leave Iran as a major player on the ground in the six-year civil war.”

“Tehran’s clerical government argues that Mr. Trump has already violated the nuclear agreement by pressuring businesses not to engage with Iran even though the nuclear sanctions have been lifted. “That is violation of not the spirit but of the letter of the J.C.P.O.A. of the nuclear deal,” Mohammad Javad Zarif, Iran’s foreign minister, said on CNN’s “Fareed Zakaria GPS” on Sunday, using the initials for the agreement.”

“Mr. Zarif, visiting New York, told a gathering of the Council on Foreign Relations on Monday that he has yet to talk with Mr. Tillerson, unlike his frequent conversations with former Secretary of State John Kerry, with whom he negotiated the nuclear accord during the Obama administration.”

“Mr. Zarif (has) raised the prospect that Iran would be the one to back out. “If it comes to a major violation, or what in the terms of the nuclear deal is called significant nonperformance, then Iran has other options available, including withdrawing from the deal,” he said.” 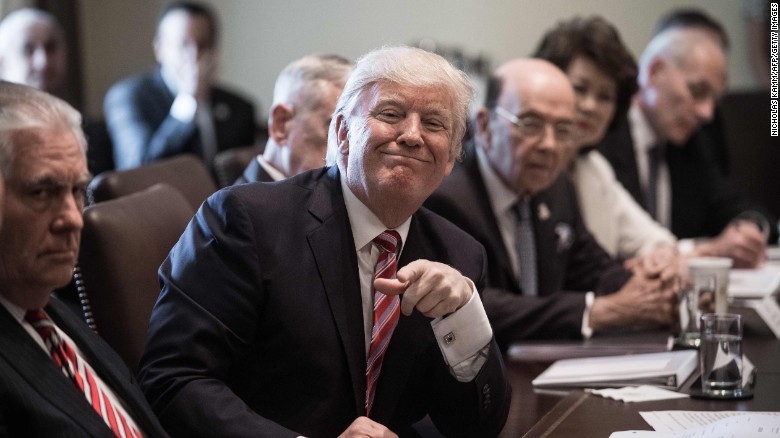 “That would be an outcome welcomed by the Trump administration. Top officials like Mr. Tillerson and Mr. Mattis have expressed concern about the effect on American relations with European allies if Mr. Trump were to unilaterally pull out, especially after he already announced his intention to back out of the Paris climate change accord that Europeans strongly support.”

“But some advisers to the president argue that if they can provoke Iran into being the one to scrap the nuclear deal, it will leave the United States in a stronger position.”

“Mr. Trump has aligned the United States with Sunni Arab states, like Saudi Arabia, as well as Israel in their mutual struggle with Shiite-led Iran over control of the Middle East. His administration has already announced modest new sanctions against Iran, but nothing of the scale that were imposed before the nuclear agreement.”