aside President’s Assertions By Tweet Against AG McCabe Are False

The republican President Donald Trump is at it again. To deflect from the news coverage about his part in the Trump-Russian probe and to further publicly disparage his Attorney General Jeff Sessions to coerce him to resign, the president is asking why the Department of Justice’s acting Deputy AG Andrew McCabe is still in his position and why no criminal investigations have been initiated against his former opponent, the democratic presidential candidate, Hillary Clinton.

Here is what the president’s tweet said: “Problem is that the acting head of the FBI & the person in charge of the Hillary investigation, Andrew McCabe, got $700,000 from H for wife!” 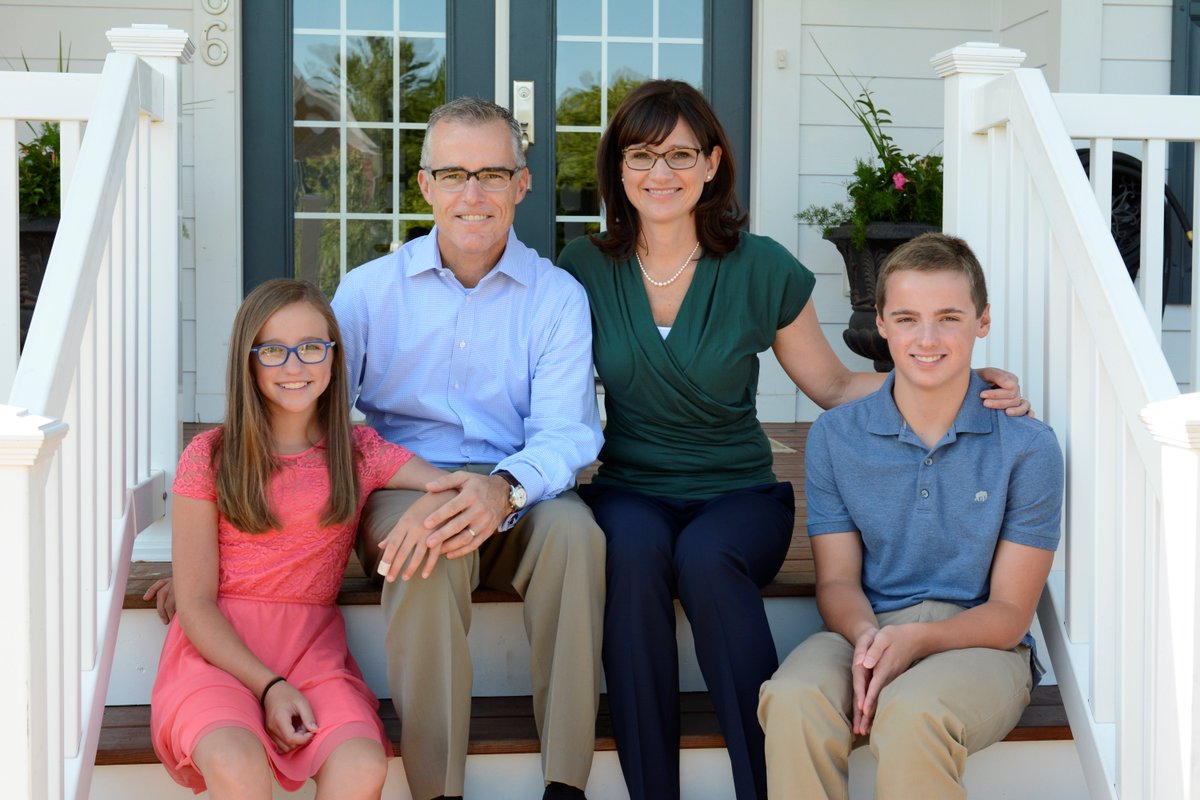 Here is the PolitiFact’s fact-checking story...

“His tweet about Andrew McCabe is a significant distortion of the facts. And the implication that McCabe got Clinton off as a political favor doesn’t make much sense when we look at the evidence.”

“In 2015, Dr. Jill McCabe, a pediatrician, was recruited by Virginia’s Democratic governor, Terry McAuliffe, to run for one of the 40 seats in the state’s Republican-controlled Senate. McAuliffe co-chaired Bill Clinton’s 1996 reelection campaign and chaired Hillary Clinton’s unsuccessful 2008 run for president.”

“According to the Wall Street Journal, which broke the story, McAuliffe and other Virginia Democrats met with McCabe and her husband, Andrew, on March 7, 2015, to urge her to run as part of an effort to take back the state Senate.”

“At the time, Andrew McCabe was assistant director of the FBI’s field office in Washington. He had focused much of his career on the fight against terrorism.”

“The FBI released a statement that Andrew McCabe “consulted with top FBI headquarters and field office ethics officers for guidance, including briefings on the Hatch Act, to prevent against any actual or potential conflict-of-interest, in the event she decided to go forward.”

“Based on that advice, the FBI said, when Dr. McCabe chose to run, Andrew McCabe and FBI lawyers “implemented a system of recusal from all FBI investigative matters involving Virginia politics, a process followed for the remainder of her campaign. During the campaign, he played no role, attended no events, and did not participate in fundraising or support of any kind.”

“That July, the FBI was called in to begin a criminal investigation into the use of Clinton’s private server at her home in New York. And that same month, Andrew McCabe was promoted to associate deputy director, the third in command at the FBI. He moved to FBI headquarters in September.”

“Both McAuliffe, through his political action committee, and the state Democratic Party, donated to Dr. McCabe’s campaign.”

“Two other Democrats running for other state Senate seats, Jeremy Pike and Dan Gecker, got larger amounts from McAuliffe’s PAC.”

In a statement to the Wall Street Journal, the FBI said it was the first time McCabe had any oversight role over the Clinton case.”

“Months after the completion of (his wife’s) campaign, then-Associate Deputy Director McCabe was promoted to Deputy, where, in that position, he assumed for the first time, an oversight role in the investigation into Secretary Clinton’s emails,” according to the FBI statement.”

“Now let’s break down the elements of Trump’s tweet”

“The person in charge of the Hillary investigation”

“This is overstated. The FBI has confirmed that McCabe had an “oversight role,” but it’s a stretch to say he was “in charge” of it. Then-FBI Director James Comey, not McCabe, made the decision that the Justice Department would not file charges against Clinton. Comey has repeatedly explained his decision under oath.”

“This is wrong. McCabe never “got” the money for his wife. The FBI ethics agreement required McCabe not to participate in fundraising for his wife’s campaign, or support of any kind. She worked independently to secure the funding for her candidacy.”

“It wasn’t quite that much, but it was close. The money from McAuliffe’s PAC and the state party totaled $675,288.”

The money was “from” Hillary Clinton

“This is significantly misleading. While McAuliffe is a longstanding political ally of the Clintons, there has been no evidence that Clinton or her campaign were involved in the contributions or knew they were being made. McAuliffe’s interest in Dr. McCabe’s race is fully explainable by his personal desire to elect more Democratic lawmakers at the state level so that he could enact his legislative agenda — not because of McCabe’s eventual role in an investigation that he hadn’t yet become involved in.”

“Trump tweeted, “The person in charge of the Hillary investigation, Andrew McCabe, got $700,000 from (Hillary Clinton) for wife!”

“This tweet distorts key elements of the story, severely undercutting its accuracy.”

“A Virginia state candidate married to an FBI official did get donations from a longtime Clinton supporter, McAuliffe, who was also the Democratic governor of Virginia. But the tweet ignores at the spouse played no role in fundraising for his wife’s campaign, and it ignores that that McAuliffe made the donations on his own, for state-level political goals — not to influence an investigation that Andrew McCabe wasn’t even involved in yet.”

We rate the statement Mostly False.