The following LA Times articles offers the best explanation of how republicans sabotaged Obamacare, expecting it to fail because of their behind the scenes machinations. In short, republicans stiffed insurers for the years of 2014 and 2016, by not honoring contractual agreements as per the ACA Act. It was this action that was the catalyst to force insurance companies to leave the ACA marketplace which then caused a spike in premiums, deductibles and copays.

The courts have provided relief for one insurer, but other insurers are also seeking redress through the judicial system.

So, the irony is, that republicans were the ones who directly caused the lack of insurers in some markets which they then argued, that they needed to fix with all their recently failed attempts to repeal and replace the ACA/ Affordable Care Act/ Obamacare with inferior work products.

And Dear Republicans, Should Obamacare fail because of your sabotage, you will own this implosion. “We the People” are well aware that it is because of you, that Obamacare has become fraught with problems. This is especially true as you have had ample opportunities to fix this, but chose not to act out of party loyalty and political expediency.

On August 7, 2017, Michael Hiltzik of the LA Times penned the following report, “ In a blow to the GOP, a federal judge orders the government to pay Molina Health $52 million in Obamacare funds.”

“The main thread of the Republican effort to destroy the Affordable Care Act may have been snipped apart on the Senate floor (July 2017), but vestiges of its campaign of vandalism still remain. On Friday (8/4/17), a federal judge in Washington, D.C., kicked away one of its legs in a $52-million ruling in favor of Molina Healthcare.”

“The Long Beach health insurance company, which specializes in Obamacare coverage, sought the money in accordance with the ACA’s risk corridor provision (2010). In his second ruling in a row on the issue, the federal judge in the case took direct aim at what may have been the most cynical attack on the ACA that Congressional Republicans cooked up. The judge, Thomas C. Wheeler of the U.S. Court of Federal Claims, had awarded Moda Health of Oregon $214 million just last February. His reasoning this time around was almost identical.”

“The risk corridor program was one of three similar provisions devised to shelter insurers from unexpected losses in the Affordable Care Act marketplace, especially in its formative years from 2014 through 2016. To encourage insurers to enter the entirely novel market, the program aimed to balance risks by taking funds from insurers that turned out to be unexpectedly profitable and use the money to cushion others’ losses.”

“It was only a matter of time before a court entered a money judgment against the United States.— Nicholas Bagley, University of Michigan.”

“The insurers had no actuarial experience with the new market,” explains Lawrence S. Sher, Molina’s attorney in the case. The three-year risk corridor program was designed “as an inducement to get insurers to participate.”

“Initially, the Congressional Budget Office expected the program to turn a profit for the government—that the Dept. of Health and Human Services would collect $16 billion over three years from overly profitable insurers but pay out only $8 billion to their money-losing counterparts. But that was sheer conjecture, and the law was written to allow HHS to pay out general government funds if the program turned out differently—as it did.”

“Then Congressional Republicans threw a wrench into the system. In 2014, the GOP decided to attack the risk corridor program as a “bailout” of insurers, even though the exact same provision was part of the GOP’s 2003 Medicare Part D prescription drug benefit (and still is). The Republicans slipped a rider into the 2014 spending bill decreeing that risk corridor payments could be made only from risk-corridor collections, not the general treasury.”

“The Republicans (led by then Senator Sessions) were inordinately proud of their handiwork. Sen. Marco Rubio, R-Fla., even used his role in the maneuver as a talking point in his abortive Presidential campaign, boasting to have “done significant damage to Obamacare,” and to have “saved the American taxpayer $2.5 billion.” In light of the beating that Republican legislators have taken for their efforts to replace the ACA with a series of horrific proposals aimed at steering billions in tax cuts to their rich donors, Rubio might want to disavow those boasts.”

“The consequences of the GOP rider were dire. With payouts limited to collections, HHS was able to pay only 12.6% of all claims for 2014—$362 million of the $2.87 billion in claims, and nothing for 2015. Several small insurers, including co-ops that were expected to serve lower-income exchange customers, were effectively starved out of existence. That left roughly a million co-op members high and dry, while reduced competition in their regions drove up costs for many others. Republican critics of the ACA such as House Speaker Paul Ryan, R-Wis., touted their shutdowns as evidence of Obamacare’s failure, without making much of the fact that they were responsible for the wreckage.”

“Numerous legal commentators have observed that the government was going to have to cough up the unpaid money one way or another. The ACA defines the risk-corridor program as a “must-pay,” without regard to where the funds come from. That’s “clearly money-mandating,” Wheeler ruled.” 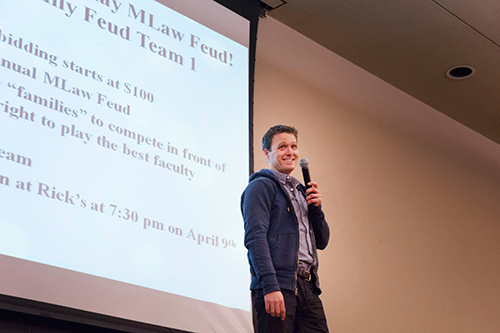 “Enticing insurers into the market by promising to cover part of their losses and reneging after the fact is the essence of bait-and-switch. As Nicholas Bagley of the University of Michigan  observed following the Moda ruling, “it was only a matter of time before a court entered a money judgment against the United States.”

“Insurers already have filed 26 lawsuits in the Court of Federal Claims for risk-corridor money. Four of these cases already are before the Federal Court of Appeals for the Federal Circuit, and the issue appears destined to reach the Supreme Court. About $19.3 billion is at stake for 2014 and 2015, and an estimated $3 billion more for 2016, the final risk-corridor year.”

“So where is the government supposed to find the money to pay? Easy: from its Judgment Fund, an open-ended allocation from which judgments awarded by the Court of Federal Claims are paid—that is, “from which the government’s promises can be fulfilled,” Wheeler wrote. It’s true that Congress has the power to decree that the Judgment Fund can’t be used to pay risk corridor obligations, and if President Trump is as resolved to allow the ACA to “implode” as he says, he might support such a move.”

“But with even some Republicans in Congress talking about finding a bipartisan agreement to stabilize the ACA marketplace, that would be a distinct move backwards. In any case, Bagley wrote in February, “refusing to pay is a shabby way to treat insurers, which entered the exchanges in reliance on the federal government’s promises.”

“It’s also true that Wheeler has been the firmest and most consistent voice from the bench favoring the insurers. Two other judges on the same court have dismissed similar claims involving insurers from Illinois and Maine, but those rulings already have been appealed.”