I have had two friends talk to me from a state of real fear over the talk about N. Korea being able to attack the USA on the West coast. One friend called her son who lives in Long Beach, California to warn him that he should be ready to evacuate if N. Korea should act.

The rhetoric from the republican President Donald Trump is totally outrageous,  irresponsible and unwarranted. Here’s what’s real. N. Korea already has nuclear weapons that can be delivered with short to medium range missiles but not yet with inter-continental missiles. N. Korea could attack several nearby countries but for all N. Korea’s leader Kim Jong Un’s flaws, he is not out for the total destruction of his peoples and himself.

As per a 8/10/17 Al-Jazeera report, “US officials put the North Korean arsenal at up to 60 nuclear weapons, whereas most assessments by independent experts estimate around 30.”

“Analysts estimated that North Korea might have produced up to 20 nuclear bombs by the end of 2016, although the true nuclear capability of the isolated and secretive state could not be verified.”

But the leader, Kim Jong-Un does not get the US culture to where it is possible that he could take President Trump’s aggressive stance towards N. Korea seriously, and then act accordingly, based on a misconception having no relation to reality. This is why the republican President Donald Trump’s saber rattling demeanor is so dangerous. This lack of understanding by our president is so infuriating. And the media is compounding the president’s sins by inflaming peoples’ fears unnecessarily based on flimsy evidence.

Dear Readers, Please do not accept at face value the intelligence data about N. Korea’s nuclear weapon systems and its delivery capabilities at this point. US Intelligence in N Korea is not adequate enough to provide an accurate assessment. This does not mean that we should not be concerned about N. Korea with its nuclear capabilities, but we need to prudently respond with a consistent message and a well planned strategy.

Note the following 2013 NY Times report and then compare it to the 2017 Washington Post report describing N Korea’s nuclear weaponry where you will notice striking similarities, delivered by the same Defense Intelligence Agency.  In 2013,  it was the Director of National Intelligence James Clapper (top US spy) who released a statement saying that the DIA assessment did not represent a consensus of the nation’s intelligence community. In 2017, the Office of the Director of National Intelligence is declining to comment on it.

“A new assessment by the Pentagon’s intelligence arm has concluded for the first time, with “moderate confidence,” that North Korea has learned how to make a nuclear weapon small enough to be delivered by a ballistic missile.”

“The assessment by the Defense Intelligence Agency, which has been distributed to senior administration officials and members of Congress, cautions that the weapon’s “reliability will be low,” apparently a reference to the North’s difficulty in developing accurate missiles or, perhaps, to the huge technical challenges of designing a warhead that can survive the rigors of flight and detonate on a specific target.”

“The assessment’s existence was disclosed Thursday by Representative Doug Lamborn, Republican of Colorado, three hours into a budget hearing of the House Armed Services Committee with Defense Secretary Chuck Hagel and the chairman of the Joint Chiefs of Staff, Gen. Martin E. Dempsey. General Dempsey declined to comment on the assessment because of classification issues.”

“But late Thursday, the director of national intelligence, James R. Clapper Jr., released a statement saying that the assessment did not represent a consensus of the nation’s intelligence community and that “North Korea has not yet demonstrated the full range of capabilities necessary for a nuclear armed missile.”

“In another sign of the administration’s deep concern over the release of the assessment, the Pentagon press secretary, George Little, issued a statement that sought to qualify the conclusion from the Defense Intelligence Agency, which has primary responsibility for monitoring the missile capabilities of adversary nations but which a decade ago was among those that argued most vociferously — and incorrectly — that Iraq had nuclear weapons.”

“It would be inaccurate to suggest that the North Korean regime has fully tested, developed or demonstrated the kinds of nuclear capabilities referenced in the passage,” Mr. Little said.”

“A spokesman for the South Korean Defense Ministry, Kim Min-seok, said early Friday that despite various assessments. “we have doubt that North Korea has reached the stage of miniaturization.”

“Nonetheless, outside experts said that the report’s conclusions could explain why Mr. Hagel has announced in recent weeks that the Pentagon was bolstering long-range antimissile defenses in Alaska and California, intended to protect the West Coast, and rushing another antimissile system, originally not set for deployment until 2015, to Guam.”

“Also, Mr. Clapper sought to tamp down fears that North Korean rhetoric could lead to an armed clash with the United States, South Korea and regional allies.” 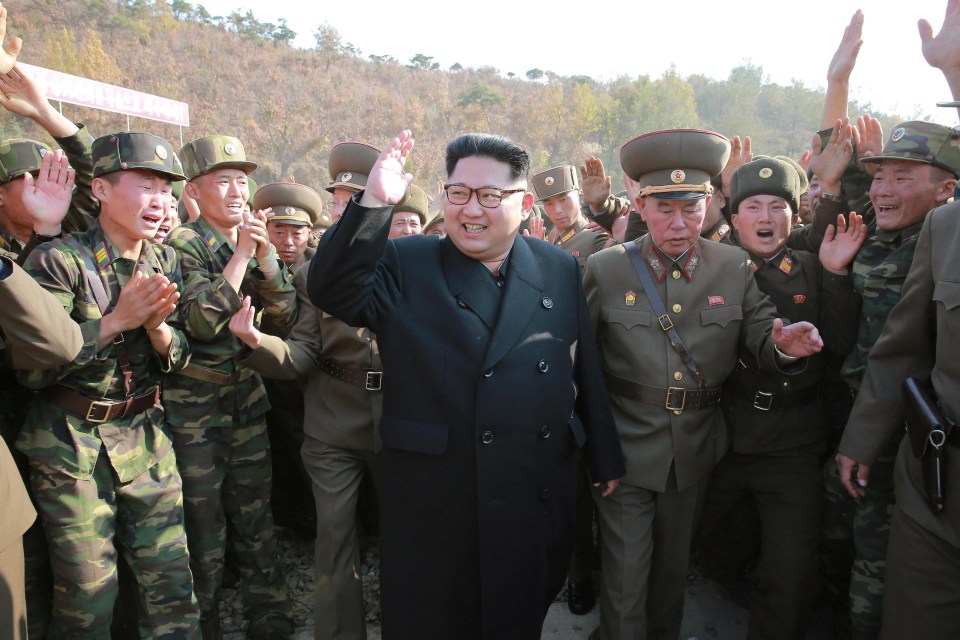 “North Korea has successfully produced a miniaturized nuclear warhead that can fit inside its missiles, crossing a key threshold on the path to becoming a full-fledged nuclear power, U.S. intelligence officials have concluded in a confidential assessment.”

“The analysis, completed last month (July 28, 2017) by the Defense Intelligence Agency, comes on the heels of another intelligence assessment that sharply raises the official estimate for the total number of bombs in the communist country’s atomic arsenal. The United States calculated last month that up to 60 nuclear weapons are now controlled by North Korean leader Kim Jong Un. Some independent experts think the number is much smaller.”

“The findings are likely to deepen concerns about an evolving North Korean military threat that appears to be advancing far more rapidly than many experts had predicted. U.S. officials concluded last month that Pyongyang is also outpacing expectations in its effort to build an intercontinental ballistic missile capable of striking the American mainland.”

Earlier Tuesday (8/8/17), North Korea described a new round of U.N. sanctions as an attempt “to strangle a nation” and warned that in response, “physical action will be taken mercilessly with the mobilization of all its national strength.” “Although more than a decade has passed since North Korea’s first nuclear detonation, many analysts thought it would be years before the country’s weapons scientists could design a compact warhead that could be delivered by missile to distant targets. But the new assessment, a summary document dated July 28, concludes that this critical milestone has been reached.”

“The IC (intelligence community) assesses North Korea has produced nuclear weapons for ballistic missile delivery, to include delivery by ICBM-class missiles,” the assessment states, in an excerpt read to The Washington Post. Two U.S. officials familiar with the assessment verified its broad conclusions. It is not known whether the reclusive regime has successfully tested the smaller design, although North Korea officially claimed last year that it had done so.”

“The Office of the Director of National Intelligence declined to comment.”