aside There Needs To Be More Forensic Analysis Done On VR Voting Systems Attacked By Russia?Part II

The New Tort Times reporters Nicole Perlroth, Matthew Rosenberg and Michael Wines were assigned to find out what forensic analysis had been done by governmental entities on the states’ voting systems, identified by the US intelligence community around January 2017, as having been hacked by Russian operatives. More specifically, they had  set out to find out how government officials had nixed the possibility of votes being manipulated, so readily. What they learned was that precious little had been done. 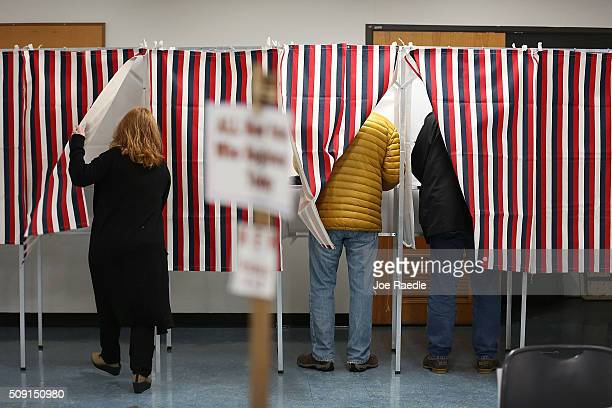 On September 1, 2017, Niclole Perlroth of the New York Times Penned The following report, “In Election Interference, It’s What Reporters Didn’t Find That Matters.”

The story started, as many do, with our own confusion.

The most unusual of presidential elections — one marred by Russian trolls, a digital Watergate-style break-in and the winning candidate’s dire warnings of a “rigged election” — was followed by the most unusual period of acceptance. In the immediate aftermath of the 2016 election, government officials, the Clinton campaign, intelligence analysts, and civic and legal groups all appeared to calmly accept claims that votes had not been hacked.

“I had been on the cyber beat for six years and had grown accustomed to deep, often lengthy digital forensics analyses of cyber-attacks against a wide range of targets: Silicon Valley start-ups, multinational conglomerates, government agencies and our own Times breach by Chinese government hackers. In the vast majority of cases, it takes investigators months or years to discover that hackers had indeed been lurking undetected on victims’ machines.”

“Yet American intelligence officials were adamant in a report in January —two months after Election Day — that vote tallies had not been hacked. This despite the broad consensus among United States intelligence agencies that Russia interfered in the 2016 election through an extensive disinformation and propaganda campaign, as well as the hacking of electoral databases and websites.” 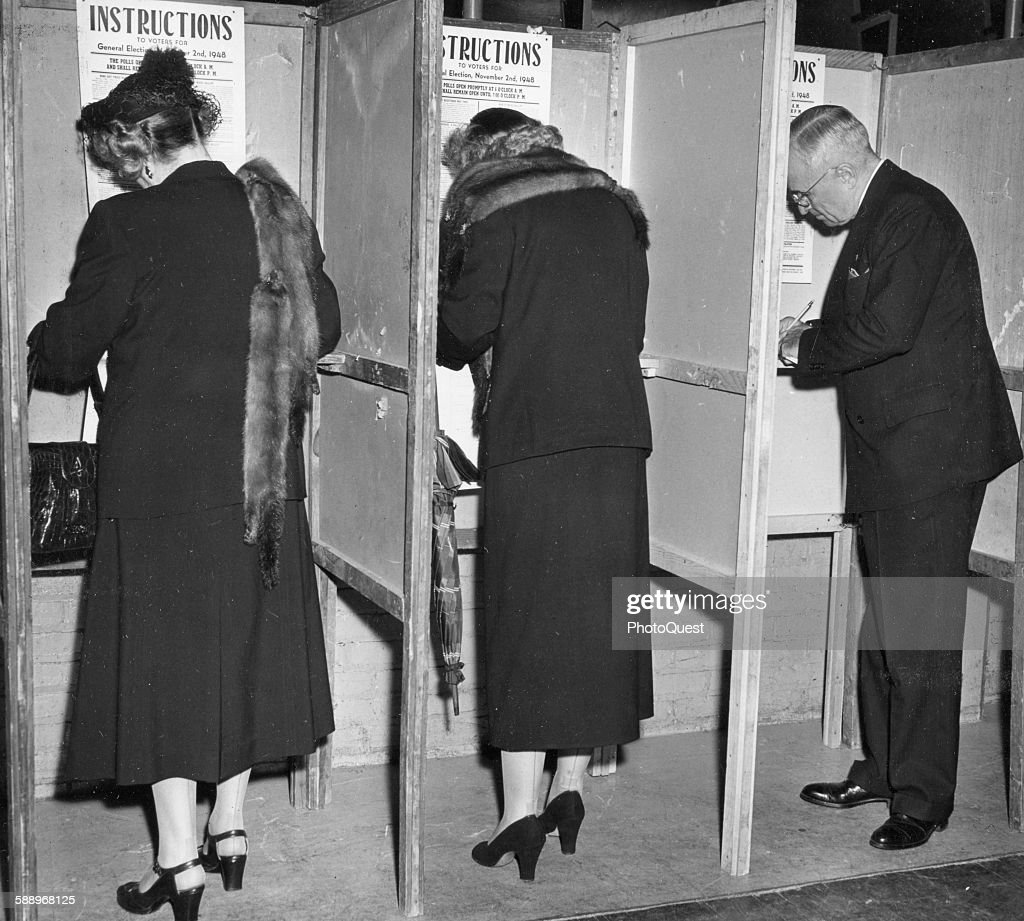 “My colleagues Michael Wines, Matthew Rosenberg and I set out to find out how government officials had nixed the possibility of vote hacking so readily. It was especially unclear to us given that officials at the Department of Homeland Security testified last fall that Russian hackers probed election systems in 21 states, with varying degrees of success, and that months later, a National Security Agency report found that Russian hackers had indeed successfully infiltrated VR Systems, an election service provider in eight states, including the battlegrounds North Carolina, Florida and Virginia.”

“As we dug more into our investigation, the more unresolved incidents we found.”

” In fact, we discovered that precious little research had been conducted, the result of legal limits on the authority of intelligence agencies to address domestic issues and states’ historic reluctance to permit federal oversight of elections.”

“Michael Wines, who covers election issues for the Times, said that what stood out to him was the vulnerability of the nation’s vast Rube Goldberg election system. Elections, he explained, “are run by understaffed, under-financed and sometimes under-trained local officials, serviced by outside contractors who may or may not be well vetted, conducted with equipment and software that may or may not be secure.”

“And Matthew Rosenberg, who covers national security issues for the Times, discovered that the intelligence community’s conclusion — that the Election Day vote was not hacked — was extremely limited in scope.”

“I started calling around to the election security and technology experts who had witnessed some of the troubles that cropped up on Election Day. I found that they, too, were still searching for answers and were befuddled by the lack of any substantial investigation.”

“We zeroed in on Durham, N.C. — a reliably blue county in a swing state that went for Donald J. Trump — where a breakdown in the electronic check-in software prevented hundreds of would-be voters from casting their ballots and hundreds more to simply give up in the face of long lines.”

“Officials there relied on check-in software sold by VR Systems. Nobody in Durham — or any other county that relied on VR Systems’s electronic poll books — was ever informed that their equipment had been compromised by Russian hackers. And yet Durham County officials rebuffed several offers to examine their systems at no cost — from the D.H.S., the F.B.I. and even Free & Fair, a group of qualified forensics investigators, many with security clearances.”

“Susan Greenhalgh, one of the few election technology specialists fielding technical complaints from North Carolina on Election Day, told me she was still haunted by what happened in November, and even more so by the lack of any follow-up investigation. “If you were looking to influence an election, one thing you could do is keep people from voting in a targeted county by monkeying with the e-poll-books so people couldn’t check in, which would lead to long lines and chaos at the polls,” she said.”

“This,” she told me, referring to what she witnessed in Durham on Election Day, “is exactly what that looked like.”

“To this day, county, state, and federal officials have yet to investigate what transpired in Durham in November.”

“Instead, Durham officials asked Protus3, a little-known Raleigh firm comprised primarily of physical security experts and former law enforcement types with little, if any, of the technical expertise that is typically standard for breach investigations, to conduct an audit.”

“The firm’s confidential report was unlike any data breach investigation I have seen in my six years on this beat. Investigators had done none of the malware or coding forensics necessary to understand whether hackers had sabotaged VR Systems’s software, instead basing their analysis largely on eyewitness accounts of poll workers with limited technical understanding. When I shared the report with some of the top digital forensics experts in the country, many had visceral reactions: They simply could not believe that this was the definitive take on what transpired in Durham that day.”

“But through the course of our reporting, Michael, Matthew and I discovered that this was the norm.”

“There was a seeming lack of interest in doing much of anything about the problems on Election Day, or even in securing future elections. “Bills to tighten election security are languishing in congressional committees,” Michael noted. “The White House is focused on erasing fraud by individual voters, which experts say is a miniscule problem at its worst.”

“The more places we looked, the worse things looked. In fact, we discovered that VR Systems was not the only back-end supplier of election services that was hacked by Russians ahead of Election Day.”

“In n 2006, Princeton computer science professor Edward Felten was intrigued enough that he sent 25-year-old computer science graduate student Alex Halderman on a mission to retrieve the AccuVote TS from a trenchcoat-clad man in an alleyway near New York’s Times Square. Felten’s team then spent the summer working in secrecy in an unmarked room in the basement of a building to reverse-engineer the machine. In September 2006, they published a research paper and an accompanying video detailing how they could spread malicious code to the AccuVote TS to change the record of the votes to produce whatever outcome the code writers desired. And the code could spread from one machine to another like a virus.”

“That was (years) ago, but Georgia still uses the AccuVote TS. The state is one of five ― the others are Delaware, Louisiana, New Jersey and South Carolina ― that rely entirely on DREs for voting. Ten other states use a combination of paper ballots and DRE machines that leave no paper trail. Many use a newer version of the AccuVote known as the TSX ― even though computer scientists have demonstrated that machine, too, is vulnerable to hacking. Others use the Sequoia AVC Advantage, which Princeton professor Andrew Appel demonstrated could be similarly manipulated in a 2007 legal filing. Appel bought a Sequoia machine online for $82 and demonstrated that he could remove 10 screws and easily replace the Sequoia’s memory card with a modified version that would alter the outcome of an election.”