aside Sound The Alarms: Congress Needs To Enact DACA Legislation For Dreamers

The republican President Donald Trump is scrambling to shore up his base which appears to be more loyal to the president than the republican US congressional representatives including the majority speaker Senator Mitch McConnell and the house speaker Rep. Paul Ryan.

This is the power that president wields. This is why he is fighting for the funds to build a wall; why he recently surprised the military with his intent to bar transgender individuals from being permitted to serve in the military.

This also explains why he threw some red meat to his White supremacists’ base by his 8/15/17 speech where he equated hate groups like White supremacists, White nationalists, KKK, neo-Nazis, racists with those who oppose them after the Charlottesville, VA. White Nationalists’ rally which turned violent during the weekend of August 12, 2017. The presidents words may have shocked most Americans but he remains resolute in his thinking.

Now for the president’s coup d’etat, on Tuesday, August 5, 2017, President Trump had his Attorney General Jeff Sessions announce the president’s plans to follow through on his decision to cancel DACA (“Deferred Action for Childhood Arrivals“) with the caveat of a six-month delay.

According to a September 4, 2017 ABC report by John Verhovek, “Attorneys General Bob Ferguson of Washington and Eric Schneiderman of New York issued statements today (9/4/17) condemning the expected policy change, which Trump has been considering for months.

“The Washington Attorney General’s Office will file suit to halt this cruel and illegal policy and defend DACA recipients,” Ferguson said in his statement. “We have been working closely with legal teams around the country, and we expect to be joined by other states in this action.”

“DACA, started by then-President Obama in 2012, allows certain unauthorized immigrants who were brought to the U.S. as children to apply for deferred action on deportation and for work permit eligibility.”

There are those Republican attorneys general from 10 states, plus the governor of Idaho, who have been pushing to let lapse the DACA program, set to expire by Sept. 5. If the president refused to act accordingly, they have promised to pursue its end via the federal court system. The letter was sent to U.S. Attorney General Jeff Sessions by Texas Attorney General Ken Paxton, the group of attorneys general — plus Idaho Gov. C.L. “Butch” Otter.”

There is the one attorney general from Tennessee who has pulled out of this group of 10, indicating a change of heart.

“We the people” need to push back on policies being enacted, that ARE NOT based on hard data, and which according to numerous experts, do not make the rest of us, any safer. Why are we being subjected to presidential rulings because of the misguided thinking of a minority of folks, just to cater  the president’s base?

The US congressional members/ legislators can do their jobs by enacting legislation to bar President Trump from being able to end DACA/ Deferred Action for Childhood Arrivals. 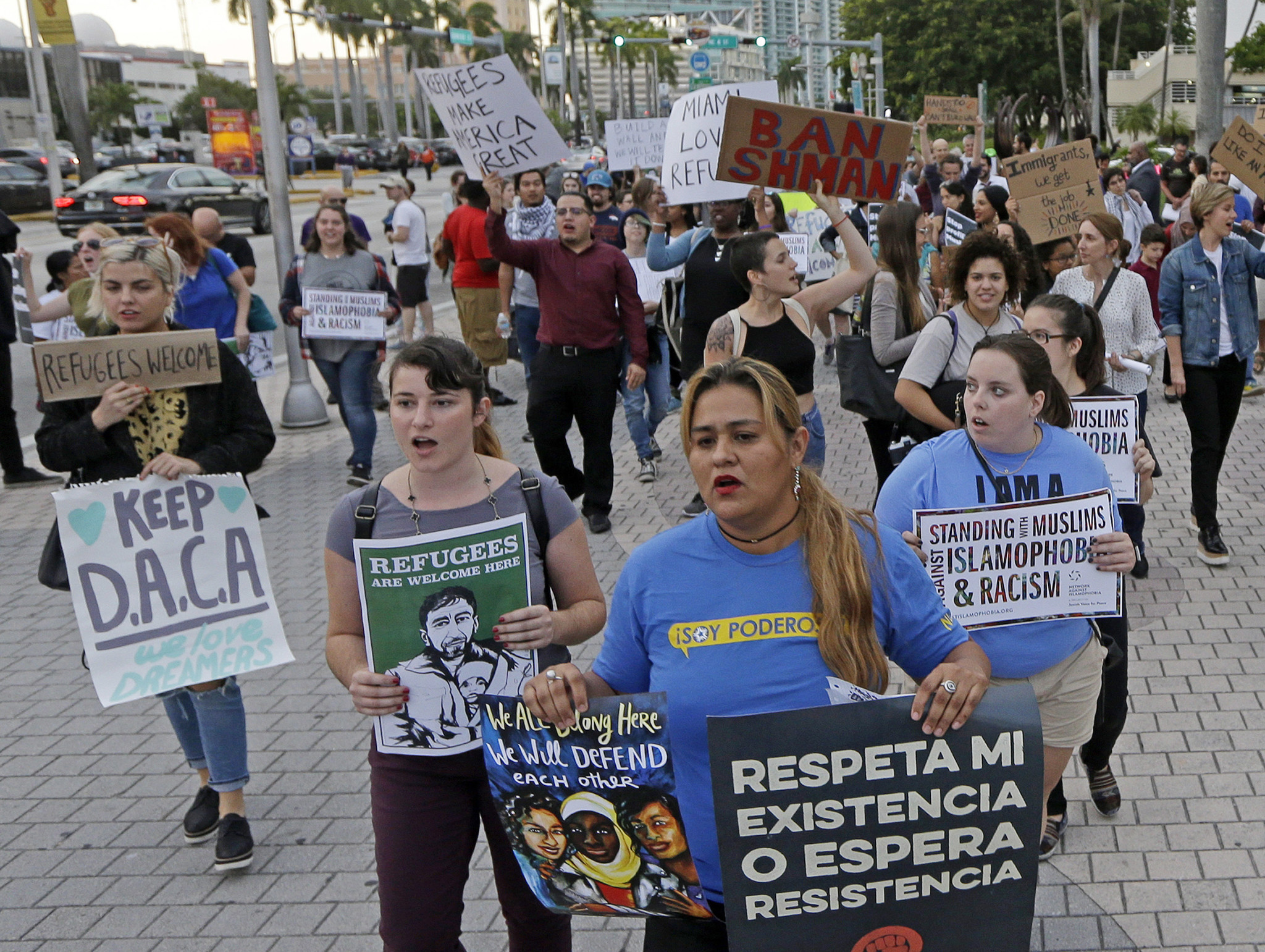 “Administration officials said the Department of Homeland Security sent a recommendation to the White House earlier this week on what to do, and Attorney General Jeff Sessions discussed the program with senior officials Thursday at the White House. Sessions has been a consistent opponent of the program, formally known as Deferred Action for Childhood Arrivals.”

“As many as 1 million immigrants could be affected.”

“Trump is said to be weighing whether to let DACA gradually expire or end it immediately, but the officials said it is not yet clear which option Trump may choose.”

“Civil rights groups warned that canceling DACA would play into the hands of white supremacists.”

“It would be a grave moral and legal error,” said Vanita Gupta, director of the Leadership Conference on Human Rights and former head of the Justice Department’s civil rights division under President Barack Obama.”

“Killing the DACA program as the Trump administration’s first post-Charlottesville move would be absolutely shameful,” Gupta added. “We must not allow the hate violence that we saw on the streets of Charlottesville to become the guiding force for policy making.” 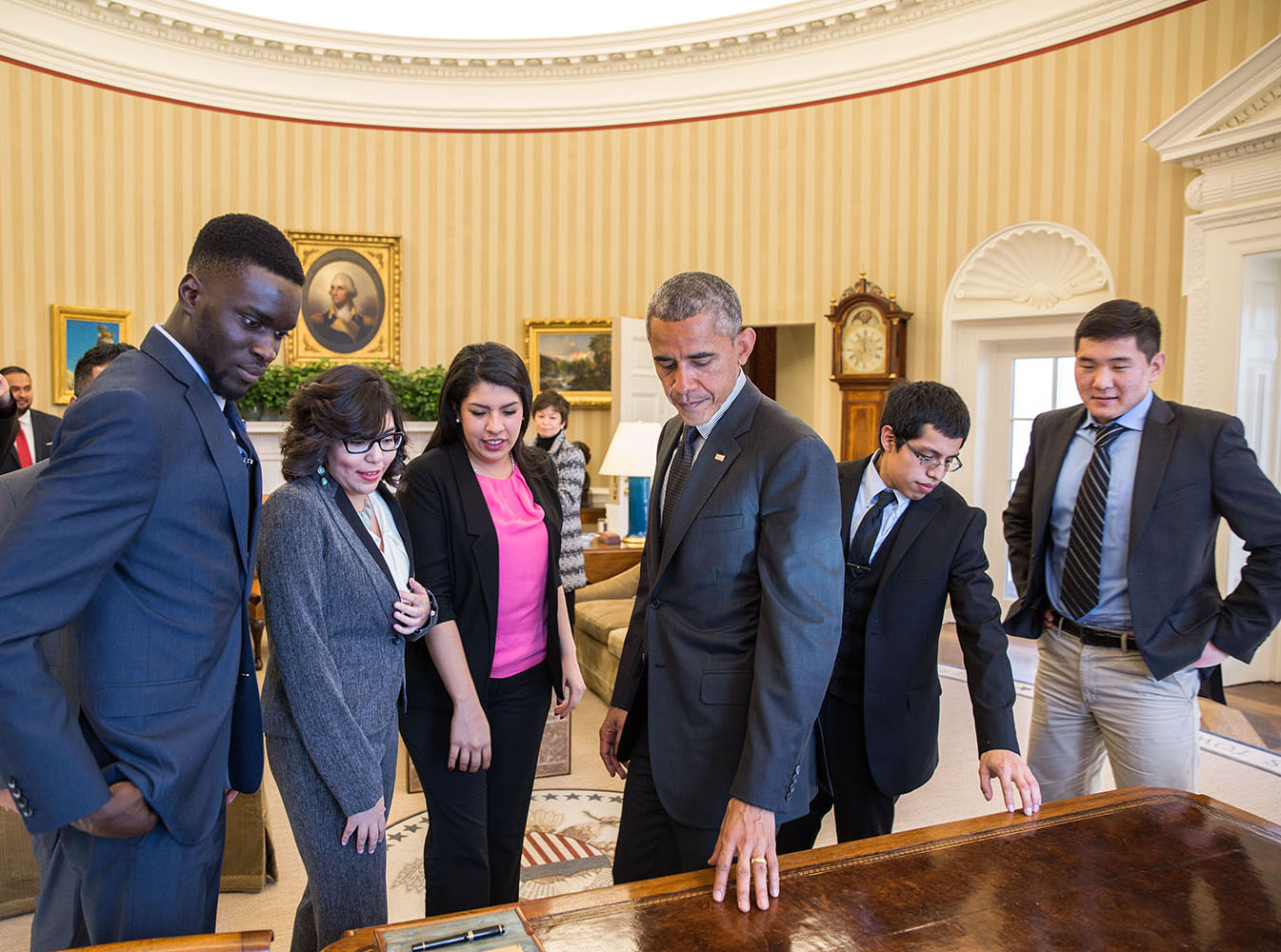 “Obama urged then president-elect Trump to think “long and hard” before halting DACA. Obama also said he would speak out against any attempt to end the program because he would see that as an assault on American values.”

“The administration had been contemplating what to do with the program since well before the deadly violence in Charlottesville, Virginia. By invoking the issue of white supremacist opposition to immigration, civil rights groups were demonstrating how strongly they intended to fight to keep DACA.”

“Republican attorneys general from 10 states, plus the governor of Idaho, urged the White House in late June to let the program lapse by Sept. 5. Otherwise, they said, they will urge a federal court to strike it down.”

“The administration had been contemplating what to do with the program since well before the deadly violence in Charlottesville, Virginia. By invoking the issue of white supremacist opposition to immigration, civil rights groups were demonstrating how strongly they intended to fight to keep DACA.”

“Begun in 2012 under the Obama administration, the DACA program allows young people who arrived by 2007 to remain in the country if they were illegally brought by their parents to the U.S. before they were 16, have lived here since then, and have not committed serious crimes. Some also came here legally with their parents but then overstayed their visas.”

“Those eligible must renew their DACA status every two years.”

“More than 800,000 are now covered by the policy and can legally apply for work permits. Immigrant rights groups said 200,000 young people have sought DACA status since Trump became president.”

“Greisa Martínez Rosas, director of advocacy and policy for the immigrant rights group United We Dream and a DACA recipient herself, told reporters, “We are ready to bring on the fight.” 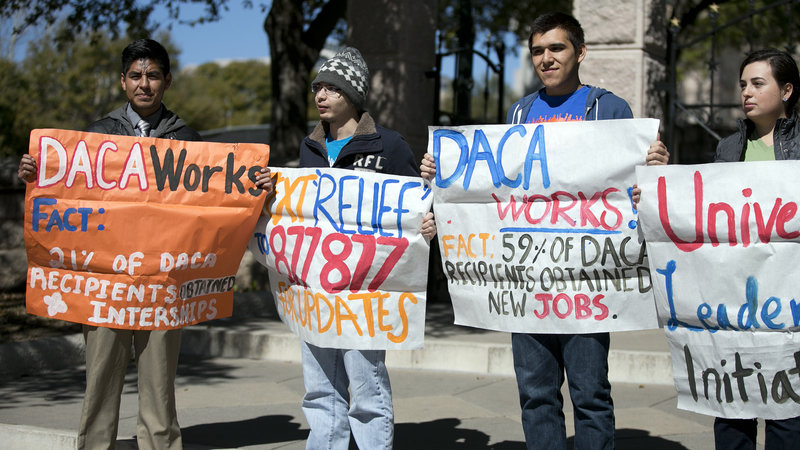 “During his campaign, Trump said he would cancel DACA. But in late April he sent a different message, telling the Associated Press that young people covered by the program could “rest easy” because his priority was deporting criminals. “This is a case of heart,” he said.”

“In their letter urging the White House to end the program, the 10 Republican attorneys general suggested allowing it to lapse by refusing to grant any further DACA renewals. Currently valid permits could continue in force until they expired, they said.” (Having a change of heart, the TN AG has withdrawn from this group of 10.)

“Their letter sparked discussions inside the Trump administration over whether it would be willing to defend the program in court.”