aside DACA Explained By VOX News

By now “we the people” have learned the doomsday words from the republican Donald Trump’s Attorney General, Jeff Sessions, that the DACA (Deferred Action for Childhood Arrivals program) is being cancelled with the caveat that there is a six-month delay to allow for legislation to be passed to protect the “Dreamers.” These are the young peoples who were supposed to be protected from deportation orders, because they have never known another country.

Yes, the president is caving into the demands of his base which includes the anti-immigration contingency of the republican party, of which the Attorney General Jeff Sessions and his adviser, Stephen Miller are major champions.

I strongly disagree with the PORTRAYAL that President Barack Obama’s executive order which created the DACA program, as being an illegal order. Remember it did not create a path to citizenship but it was worded in a way to direct the implementation of US immigration laws to not include the automatic deportation of young peoples who qualified for the DACA standards.

This is not a time for political gamesmanship by either republican  or democratic lawmakers. There should be a majority of democrats who along with enough republicans to be able fix/ end this DACA limbo. 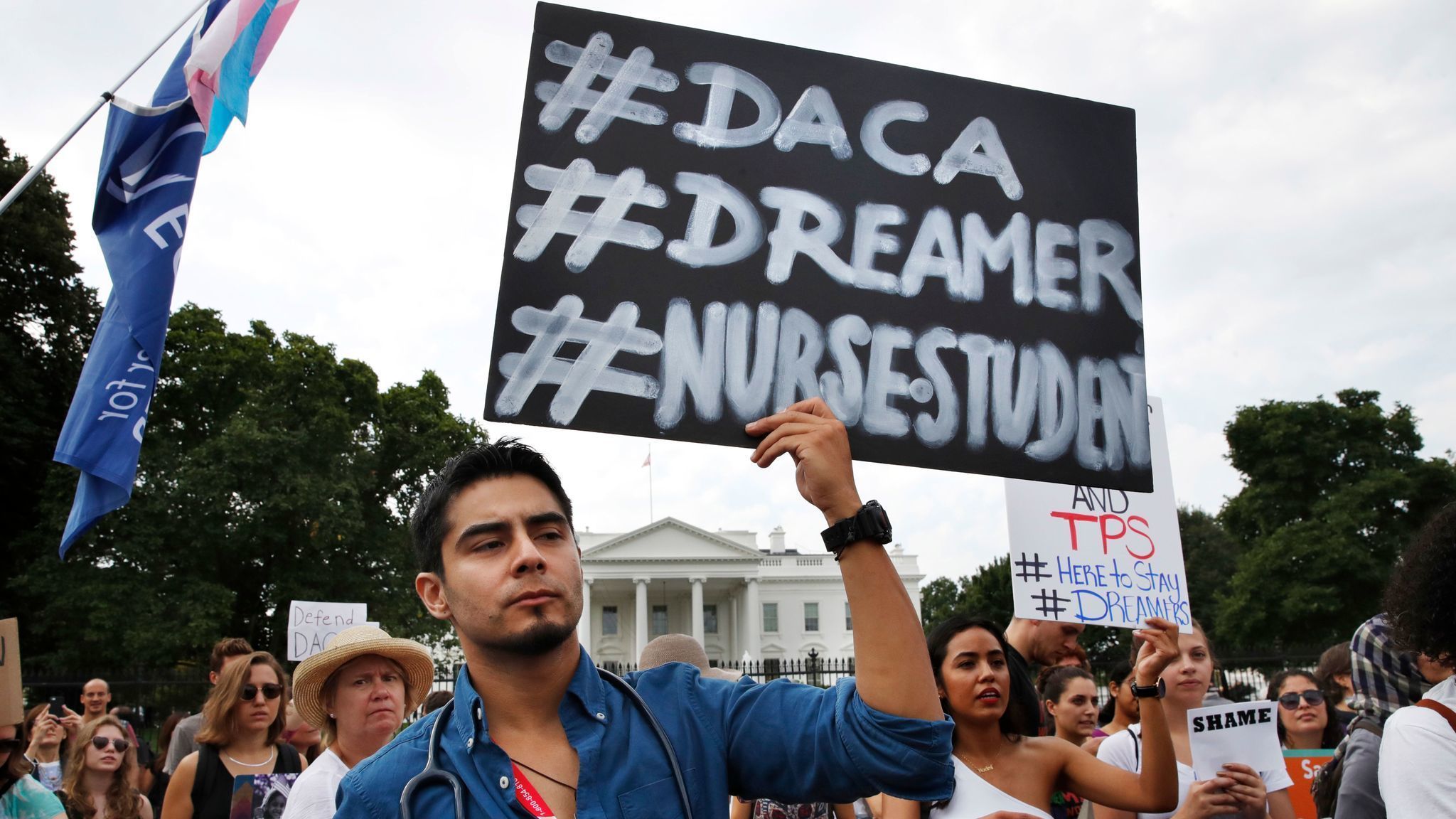 On September 5, 2017, Dara Lind of VOX penned the following report,  “9 facts that explain DACA, the immigration program Trump is threatening to end.”

“The most consequential decision President Donald Trump made on immigration in his first year in office wasn’t about the wall, or who’s going to pay for it, or anything else he talked about incessantly on the campaign trail.”

“It was his decision to announce, on September 5, that his administration would be winding down the Deferred Action for Childhood Arrivals program. “

“The Deferred Action for Childhood Arrivals program, or DACA, which has protected nearly 800,000 young adult unauthorized immigrants from deportation and allowed them to work legally since 2012. The immigrants protected through DACA grew up in the US; people might not assume they are unauthorized immigrants, and they might not have even known it themselves until they were teenagers. The program was supposed to give them a chance to build a life here.” “Now, DACA is on the chopping block. Those currently covered will start to lose their protection and work permits on March 6, 2018.”

Here’s a guide to the program, the people it protects, and what could happen in the near future.

“In the 1990s to mid-2000s, the US started building up enforcement on the US/Mexico border, with a huge unintended consequence: Many unauthorized immigrants avoided repeated risky border crossings by settling in the US with their families. (Previously, unauthorized immigrants had mostly been working-age men who crossed back and forth to the US for work while their families stayed in their home countries.)”

“Around the same time, changes to US law made it nearly impossible for an immigrant to get legal status if they’d lived in the country illegally. So the children who crossed illegally into the US with their parents were growing up in a country where they could never become legal residents or citizens.” 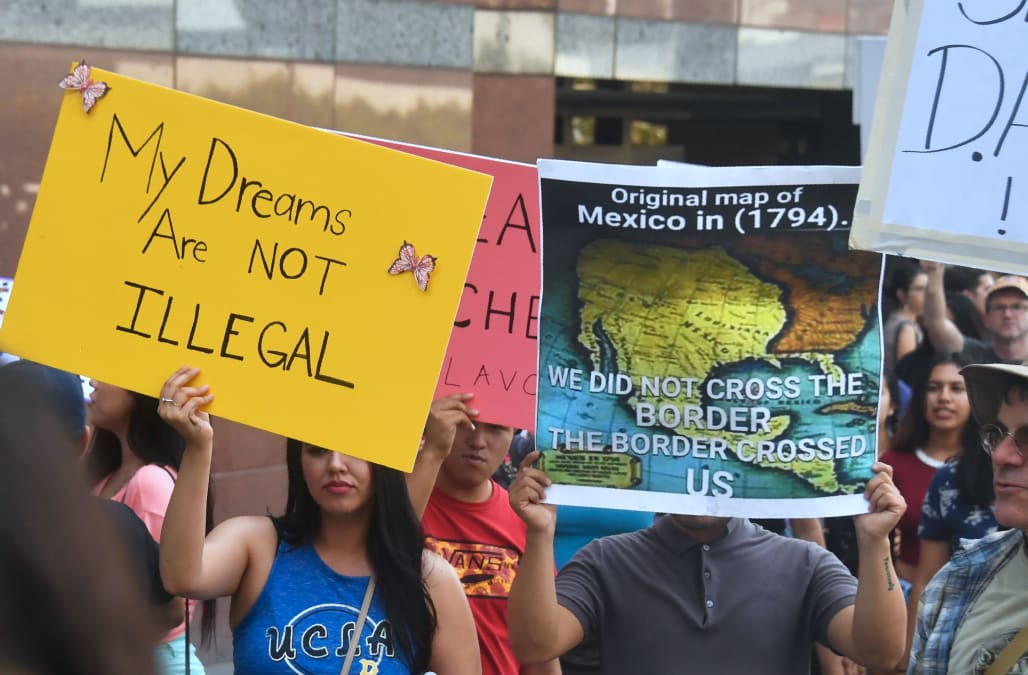 “These children became known as DREAMers, after the DREAM Act, a piece of legislation meant to give them a path to citizenship first introduced in 2001. But with that legislation stalled in Congress, President Barack Obama in 2012 created the Deferred Action for Childhood Arrivals program, or DACA. While it didn’t give them a path to citizenship, DACA offered DREAMers a temporary grant of protection from deportation and a permit to work legally in the US. The protections last two years, after which immigrants can apply to renew for them.”

“To apply for DACA, immigrants have to have come to the US before 2007, and have been 15 or younger when they arrived and younger than 31 when DACA was created in June 2012. They had to have a nearly spotless criminal record and be enrolled in high school or have a high school diploma or equivalent.”

“Not all DREAMers are from Mexico or Central America, and plenty of them came in other ways: their parents had legal work visas but the children did not, or their legal visas expired, or they tried to seek asylum and failed.”

“What unites DREAMers, more than how they came to the US, is the experience they’ve had here.”

“When defenders of DACA say that the immigrants who benefit from it are “American in all but paperwork,” or that the US is “the only country they remember,”  it is because the average age that respondents arrived in the US was 6-and-a-half years old. Demographers call them the “1.5 generation”: unauthorized immigrants who arrived as children are technically first-generation residents of the US, because they were born in another country. But their life experiences have more in common with the US-born children of immigrants (known as the second generation).”

“Many DREAMers say they didn’t even know they were unauthorized immigrants until they were teenagers.”

3.) Politicians have been talking about what to do with the Dreamers for more than 15 years.

“The political debate over what to do about young unauthorized immigrants is, at this point, old enough that it could apply for DACA itself. The first proposal to allow people who’d come to the US as children to apply for legal immigrant status and eventually become citizens, was introduced in 2001 by Sen. Orrin Hatch (R-UT) and Sen. Maria Cantwell (D-WA). It was called the DREAM Act — Development, Relief and Education for Alien Minors.”

For a while, the DREAM Act was seen as a moderate alternative to legalizing all 11 million unauthorized immigrants in the US. But with both Democrats and Republicans divided on immigration during the George W. Bush era — and with Republicans moving to the right on immigration under Barack Obama — it was never quite popular enough to get the 60 votes needed to break a filibuster in the Senate. In the most recent attempt, in December 2010, the bill passed the House and got a majority of votes in the Senate, but failed to clear 60.

“By that time, the risk that a DREAMer would get deported was much higher than it was in 2001.”

“But sticking around and hoping not to get deported wasn’t a real solution.” 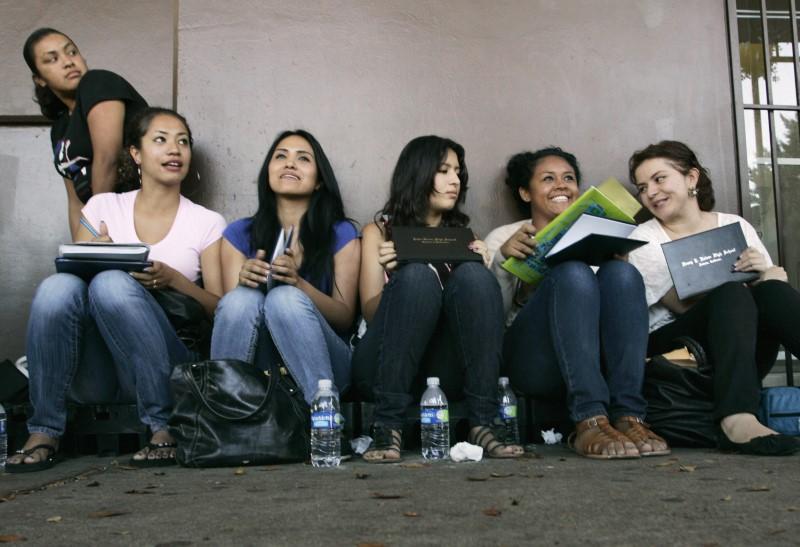 “One of the reasons that legalizing or protecting DREAMers has been politically popular — even when legalizing other unauthorized immigrants, including their parents, has not — is the stereotype of DREAMers as high high-achieving college students. This stereotype has been pushed by politicians on both sides of the aisle since the early days of the DREAM Act. “

“There certainly are high-achieving DREAMers. But as a whole, they’re more diverse and less exceptional than the stereotype suggests — and can obscure just how much harder it is to succeed without legal status in the US.”

“Given that unauthorized immigrants are likely to grow up in lower-income households and can’t get federal financial aid, including federal student loans, it’s also true that some immigrants have been dissuaded from pursuing their educational and career goals by their unauthorized status.”

“Sociologist Roberto Gonzales of Harvard calls this the “transition to illegality”: Once teenagers find out the truth about being unauthorized, they have to adjust their expectations of what they can achieve in life to match their new reality.” 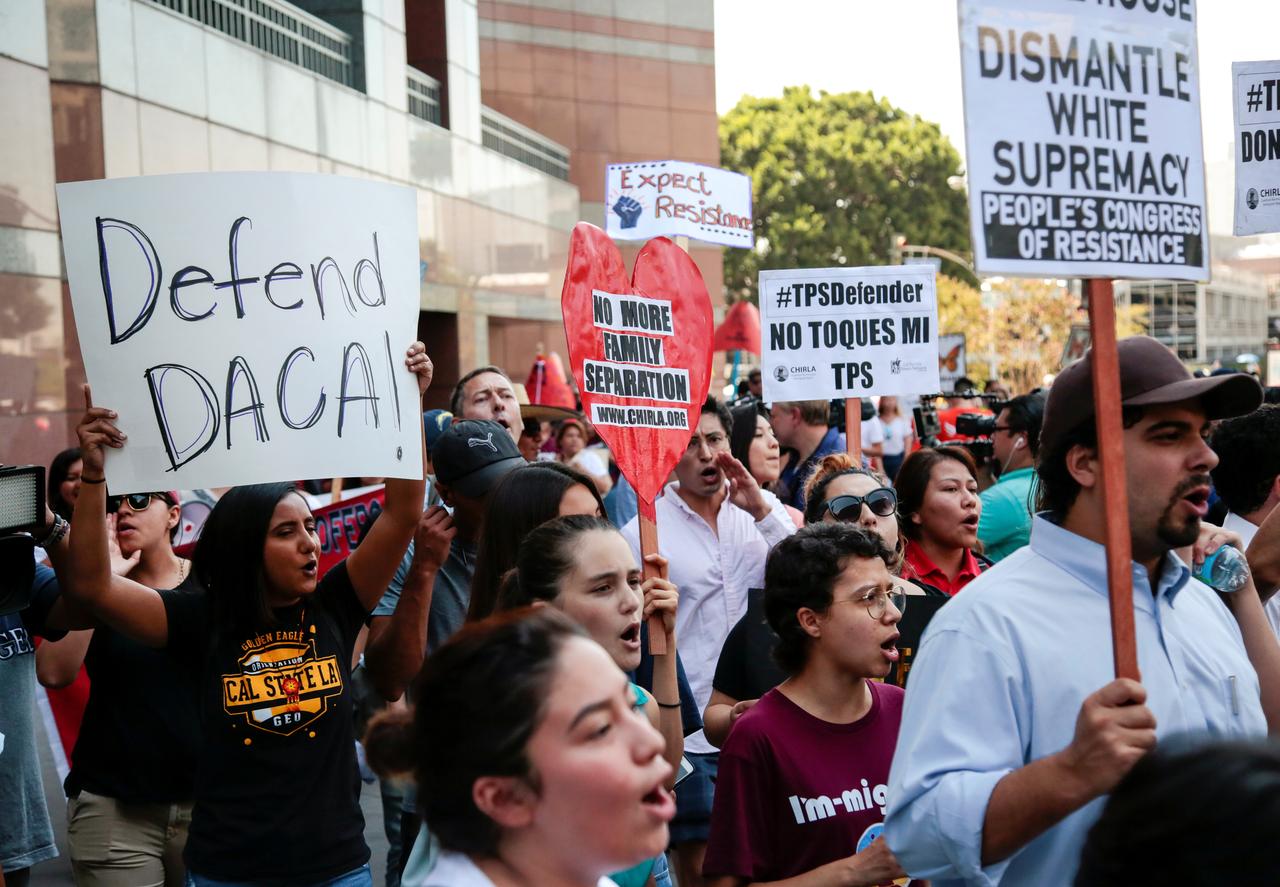 “The “transition to illegality” usually doesn’t lead to people trying to leave the US — it just leads to them seeing their own lives as more like their parents’. They’re fluent in English, and are often close to American citizens: According to Wong’s survey, 25 percent of DACA recipients have at least one US-born child; 73 percent have at least one US citizen as a member of their immediate family (child, spouse or sibling). They’re still integrated into America.”

5) President Obama gave DREAMers a way to protect themselves, temporarily, from deportation

“So in summer 2012, rather than relying on Immigration and Customs Enforcement agents to protect immigrants by declining to deport them, the administration decided to allow DREAMers to apply for protection from deportation themselves.”

“In June 2012, President Obama announced the Deferred Action for Childhood Arrivals program. It allows young unauthorized immigrants who meet certain criteria to apply for a commitment from the federal government for “deferred action” — that is, a commitment not to initiate deportation proceedings — for two years. Successful applicants also receive a work permit.”

“DACA wasn’t a legalization program — technically speaking, immigrants who are “DACAmented” are lawfully present in the US, but don’t have legal status.”

“It’s an important policy distinction. Having DACA doesn’t give immigrants any path to becoming legal permanent residents or citizens.”

“But it’s also a reflection of the line between the powers the executive branch has on immigration and the powers reserved for Congress. The executive branch can’t legalize anybody. But it’s fairly common for presidents to allow certain groups of immigrants to apply for temporary relief and grant those requests on a case-by-case basis. (In 2005, for example, the George W. Bush administration allowed foreign students affected by Hurricane Katrina to apply for deferred action; in 2009, the Obama administration granted deferred action to widows and widowers of US citizens and their children.)”

“When DACA was created, Democrats still hoped that Congress would pass a broad immigration reform bill in the near future. And in 2013, the Senate passed just such a bill. But the House never acted.”

6) DACA has improved upward mobility for the people who have it, but its benefits can’t really be quantified

“All available research suggests that immigrants who’ve received DACA protections have been able to go further, educationally and economically, than other unauthorized immigrants — or than they would have without DACA.”