aside When Is The Right Time To Discuss Gun Control? The Answer Is Anytime You Can We have already heard ad nauseam the republicans’ talking point, that right now, so soon after the 10/1/17 Las Vegas Mass shooting tragedy, it is too early to be discussing issues pertaining to gun control.

“We the people” who are part of the resistance, beg to disagree. We are certain that all those who are grieving because of loved ones suffering harm, would want us who are supportive of sensible gun control measures, tackling this issue head-on with no delay. They would want to save others from experiencing their pain.

For example, I see no reason for “bump-stock” devices being an item that is legal to sell, especially when its sole purpose is to turn a rifle into a machine guns. Machine guns have been  illegal to purchase, if made after May 1986.

In Nevada, it is legal for a resident to own a machine gun. Under federal law, machine guns — considered automatic weapons — are tightly regulated but legal to own as long as they were made before May 1986 and are registered with the federal government.

But in the case of the Las Vegas gunman, Stephen C. Paddock, there were 12 of the guns found in the his hotel room  which were fitted with “bump-stocks.”

On October 4, 2017 the foreign staff of the Telegraph penned the following details about how to turn a rifle into a machine gun, ‘Bump-stock’ devices: How Las Vegas shooter Stephen Paddock used ‘souped-up semi-automatic’ weapons

“The deadliest mass shooting in US history has thrown the spotlight on a device that turns a legal semi-automatic firearm into an even deadlier fully automatic one.”

“The rat-a-tat sound of Stephen Paddock’s gunfire as he sprayed bullets on concertgoers from the 32nd floor of the Mandalay Bay hotel in Las Vegas prompted police at the scene to report the gunman was using an “automatic” weapon.” 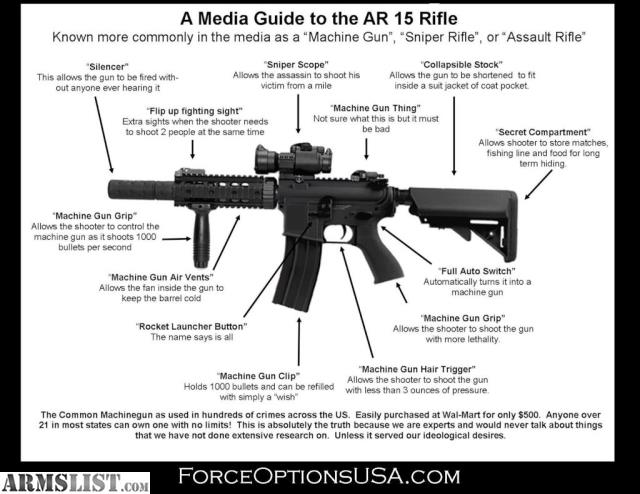 “”The term is often used to describe a fully automatic gun that can fire as many rounds as its magazine, drum or belt holds by pulling and holding the trigger.”

“Those weapons have been largely outlawed for three decades, though Paddock used a device to give him “a souped-up semi”.”

“Jill Snyder, special agent for the U.S. Bureau of Alcohol Tobacco and Firearms (ATF), said 12 of the guns found in the gunman’s hotel room were fitted with so-called “bump-stocks”. The device basically replaces the gun’s shoulder rest, with a “support step” that covers the trigger opening. By holding the pistol grip with one hand and pushing forward on the barrel with the other, the shooter’s finger comes in contact with the trigger. The recoil causes the gun to buck back and forth, “bumping” the trigger.”

“Technically, that means the finger is pulling the trigger for each round fired, keeping the weapon a legal semi-automatic.”

“The barrage of gunfire into a crowd of 22,000 people came in extended bursts that lasted several minutes, as throngs of terrified music fans cowered desperately on the open ground, hemmed in by fellow concert-goers, while others at the edge tried to flee.”

“From the audio, that is not someone who has a traditional semi-automatic rifle firing it in its normal condition,” said David Chipman, a former Bureau of Alcohol, Tobacco, Firearms and Explosives agent who advises the gun control group Americans for Responsible Solutions.”

“Either it’s a machine gun or it’s been modified. I don’t believe a human can do that with his finger.”

“The purchasing of fully automatic weapons has been significantly restricted in the US since the 1930s. In 1986, the federal National Firearms Act was amended further to prohibit the transfer or possession of machine guns by civilians, with an exception for those previously manufactured and registered.”

“California Sen. Dianne Feinstein has long railed against “bump stocks”. Several years ago, she told The Associated Press she was concerned about the emergence of new technologies that could retrofit firearms to make them fully automatic.”

“This replacement shoulder stock turns a semi-automatic rifle into a weapon that can fire at a rate of 400 to 800 rounds per minute,” she said.

“Police said they recovered a total of 42 weapons belonging to Paddock, including 23 from the hotel room and 19 at his home in Mesquite, a small desert town about an hour from Las Vegas. Some were automatic weapons or semi-automatic rifles illegally modified into fully-automatic weapons.” NOW IS THE TIME TO TALK ABOUT GUN CONTROL MEASURES

On October 2, 2017 the LA Times published readers’ letters to the editor regarding the subject of gun control, “Opinion Now is exactly the right time to talk about gun control:”

To the editor: “As we lament the latest gun-massacre tragedy and mourn for its victims, let us send a message to the apparently tone-deaf National Rifle Assn., which insists that guns themselves do not kill. (“White House says too soon to talk gun limits or other policy responses to shooting,” Oct. 2)”

“As has been proved time and again in our country, guns kill. And in the hands of Americans, they kill with much greater frequency than almost any country in the world that is not engaged in a war. So as we search for answers to this new tragedy and as we seek to place blame on those who might be responsible, let us consider the NRA and its fervid support of unbridled gun ownership.”

“Also, let us stop misinterpreting the Constitution in regards to gun ownership. Americans who favor gun control are in the majority. Why then do our laws not reflect the will of the majority? Is it that we are not being listened to? Or, and shame on us if this is the case, is it that we aren’t speaking up?”

To the editor: I know that we have a 2nd Amendment right. I also know that we have the right to life. Where those two rights intersect, as they most vividly did in Las Vegas and elsewhere, why are we not employing better sense?

And by “sense,” I mean a sense that is appropriate to circumstances in 21st century America, rather than that in the 13 colonies.

We need adequate gun control now. If we can’t trust all of the states to be sensible, then the federal government ought to take action. A presidential platitude that “our unity will not be shattered by evil” is meaningless if we can be shattered by our own stupidity.

To the editor: Until our elected representatives develop some collective spine and can stand up to the gun lobby, then such mass murders will continue to occur indefinitely.

I behold this truth to be self-evident: Military-style, rapid-fire assault weapons do not belong in the hands of civilians in a modern society. They should be outlawed at once.

To the editor: You can restrict the purchase and sale of firearms and ammunition all you like, but it actually would not make much of a difference to would-be shooters.

If people have a desire to do bad things, they’re going to do them. If somebody has an inclination to do something terrible to a person, or in this case, a large group of people, gun control won’t stop him. Unfortunately, the age-old saying of “if there’s a will, there’s a way” applies here. It’s a hard idea to follow, but it’s true.

Gun control is a double-edged sword. On one hand, yes, it could reduce the chance of someone producing another horrible mass shooting. On the other hand, gun control also makes it difficult for a person to have the means to defend himself in a situation like this, and that is something that definitely needs to be considered.