aside Is The President Pushing US Towards A War With N Korea?

The following report explains why the republican President Donald Trump’s recent undermining of his Secretary of State Rex Tillerson’s attempts to open up channels for dialogue to allow for diplomacy to occur between the US and N Korea, is so dangerous. When the president states that there is only one way to deal with N Korea, and he is discounting the effectiveness of diplomacy, what option is left to consider? It is this question that truly frightens me. War can’t be the only answer.

1. The Trump strategy on North Korea is failing. “President Trump said in January that a North Korean test of an intercontinental ballistic missile “won’t happen” — but it just did. This is a big deal, because North Korea increasingly will be able to target the United States with nuclear, chemical and biological weapons (we don’t know if North Korea can currently attach a nuclear warhead to a missile, but it will be able to soon if it can’t now). Maybe missile defense systems could stop them, maybe not.”

“Most experts think it’s unlikely that North Korea would take out Los Angeles just for the thrill of it. But “unlikely” isn’t all that reassuring when you’re living in the cross-hairs. And in the event of the collapse of North Korea, some angry general may decide that if the regime is going down, the United States should pay a price as well. My colleague David Sanger has a good analysis of the risks.”

2. The Obama and Bush strategy on North Korea didn’t work either. “The U.S. has over the years pursued hawkish and dovish policies, and neither has really succeeded. That’s because North Korea is determined to develop a nuclear capacity for regime survival. It notes that Libya and Iraq were toppled in part because they didn’t have a nuclear deterrent, and for that reason it’s very hard to see Kim Jong-un giving up his nuclear program. The U.S. aim of denuclearizing the Korean peninsula simply doesn’t seem very credible any more.”

“You can make a case, however, that the Clinton strategy toward North Korea kind of worked. In 1994, Clinton worked out an “Agreed Framework” to stop North Korea’s nuclear program. It was an ugly agreement, with the US essentially bribing North Korea with oil and a new nuclear reactor to give up its program, and neither side fully lived up to it (North Korea cheated on the side by pursuing uranium weapon technology). But the bottom line is that during eight years of Clinton’s presidency, North Korea didn’t add a single nuclear warhead to its stockpile. The agreement was messy, but it was a much better outcome than what unfolded in the first Bush administration (when North Korea first developed nuclear weapons) or the second Bush or Obama administrations.”

3. Chinese pressure isn’t a silver bullet. “China perhaps can be persuaded to put a bit more pressure on North Korea, and it would be helpful in particular if the flow of high-technology from China to North Korea were stopped (North Korean missiles are built partly with imports from China). But China isn’t going to cut North Korea off, because it doesn’t want North Korea to collapse; it fears having a U.S. military ally on its own China/Korea border.”

“Even if I’m wrong and China were willing to apply enormous pressure, it’s hard to see North Korea buckling and giving up its nuclear program. Nukes are Kim Jong-un’s priority. In the 1990s, North Korea presided over a famine in which more than half a million Koreans died, and the regime didn’t budge. If further sanctions cause another famine and more North Koreans to die, that’s not going to trouble Kim Jong-un enough for him to give up his nuclear stockpile.” 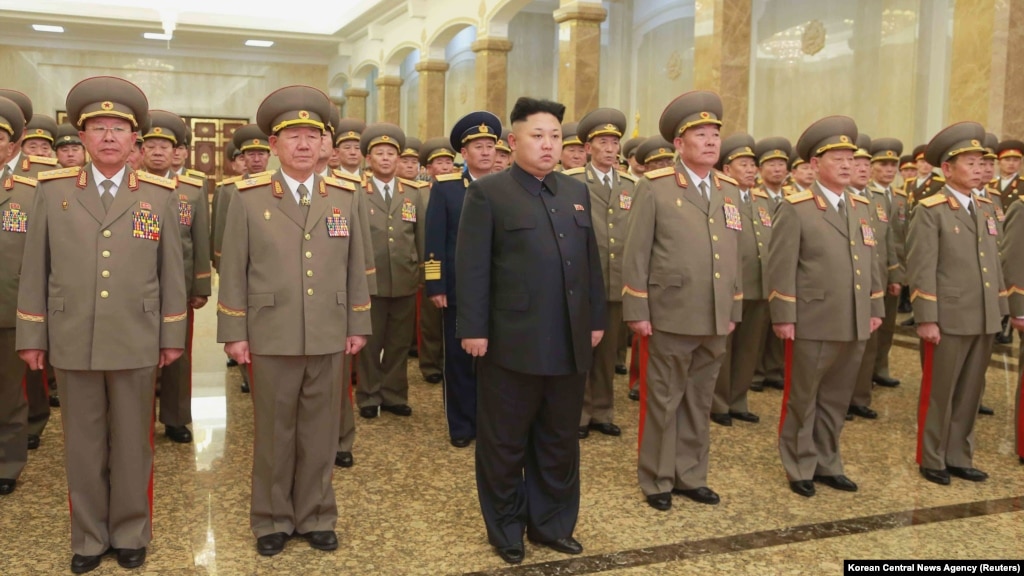 4. The West’s military options are awful. “One of the great risks in the coming years is that President Trump stumbles into a war in the Korean peninsula. It may be tempting for the United States to strike a North Korean missile site, and this might even succeed. But it might also lead North Korea to strike back at South Korea and Japan and begin a new Korean war.”

“The basic problem is that North Korea has 21,000 artillery pieces, many of them aimed at Seoul, a metro area of 25 million people. Hundreds more missiles could reach Tokyo, and North Korea is close to a hair trigger because of fears that the United States would try to take out its artillery pieces and missiles. The devastation to Seoul and Tokyo, and to the world economy, in any conflict would be enormous. In the end, North Korea would be quickly destroyed, but at a devastating cost. Gary Luck, the former commander of U.S. forces in South Korea, used to say that the result would be 1 million casualties and $1 trillion in damages. I explored this in an April column about the “Trump/North Korea Nightmare.” And Motoko Rich has a detailed assessment today of how a limited strike can easily escalate into full-scale war.”

5. The least awful option is diplomacy. “It should be aimed at a deal in which North Korea freezes its nuclear and missile programs in exchange for some sanctions relief and a downscaling of military exercises in the area. It’s not clear that this would work, but China has backed the general idea and some North Koreans have seemed open to the idea. My colleagues on the editorial board have a good editorial making this point.”

“The caveat is that the negotiations would drag on, North Korea might well cheat, and it doesn’t solve the problem but delays it indefinitely. Still, the alternatives seem to be worse: either North Korea gaining the capacity to target the U.S. or a risk of another Korean war.”

“The basic challenge of international relations is that there are more problems than solutions, and we should give diplomacy a chance.”