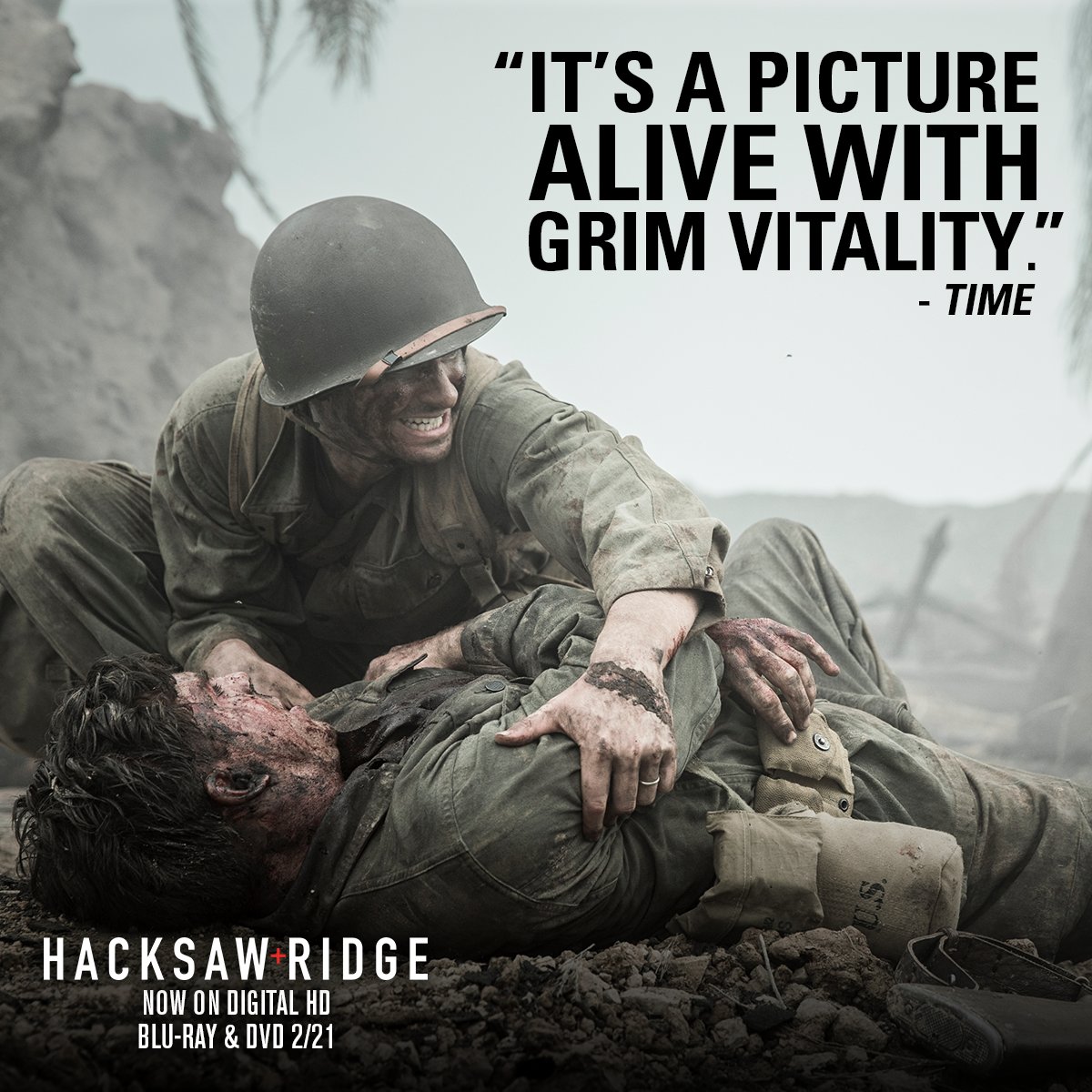 The 2016 movie, Hacksaw Ridge was directed by Mel Gibson and as in most screenplays, those in the audience can’t help but wonder how much is true versus how much is from the writer’s imagination.

Hacksaw Ridge is based on a true story of a WWII hero, Corporal Desmond Thomas Doss. Fortunately, for the most part, the movie accurately details the important points in the life of Mr. Doss but there are some variances as described below.

WARNING: If you have not had a chance to view the movie, the following details will be a movie spoiler. 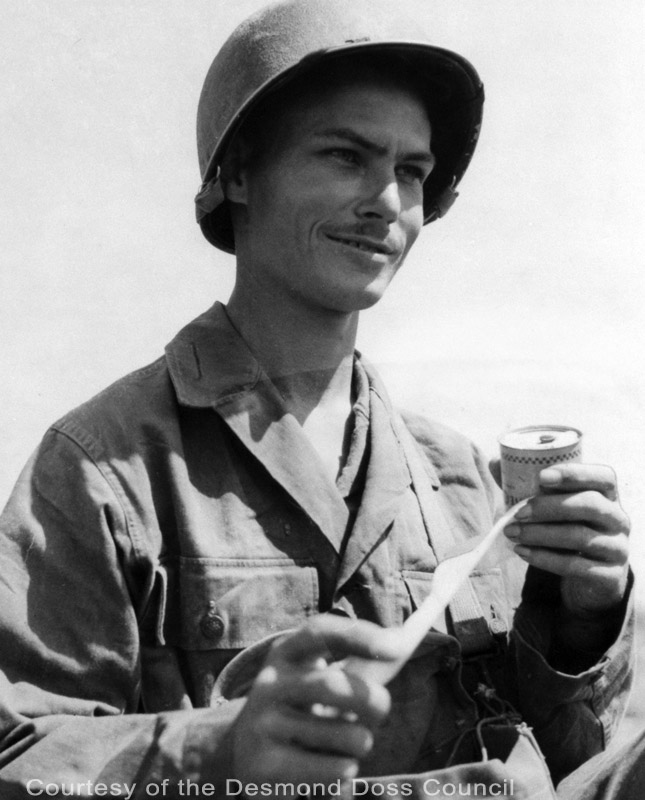 On December 6, 2016, Helen Irelan of Parnassus penned the following report,‘Hacksaw Ridge’ portrayal versus the real story of Desmond Doss.”

Hacksaw Ridge follows the heroic, real-life tale of World War II army medic Desmond Doss, played by Andrew Garfield, as his story of unwavering faith, extraordinary strength, and unbelievable courage in the face of hellacious circumstances touches the heart of every witness. Doss, who was labelled a conscientious objector, was a deeply religious man who had a calling to serve, but couldn’t bring himself to handle a weapon, let alone kill another human being. In the face of amazing scrutiny, Doss went on to save over 75 men, and became the first conscientious objector to be awarded the Medal of Honor for his selfless actions. Most consider this film a blockbuster headed straight for the Oscars, but many are curious as to just how true the film stayed to the real-life story of this renowned war hero. Looking at some of Doss’s actions portrayed in the movie, let’s look at how accurate they stand.

Why did Desmond Doss refuse to bear arms in WWII?

The movie states that Desmond Doss vehemently refused to bear arms due to his deep religious convictions as a Seventh- day Adventist, which is different from traditional Christianity in that Seventh-day Adventists believe in viewing Saturday as their Sabbath day, meaning that they devote this day to prayer and worship. In fact-checking ‘Hacksaw Ridge,’ I found this to be indeed true.

Did Desmond’s father nearly kill his uncle when he was younger?

In delving deeper, there is one defining moment in Doss’s life that could have solidified his view of guns and violence, and that occurred when he was a young man. His father and his uncle were drunk and got into a heated argument (the movie implies that this fight was between Desmond’s father and mother). His father pulled a gun on his uncle, but his mother stepped in. She called the police and told Desmond to take the gun and hide it. Watching his father being loaded into a police wagon with handcuffs, Doss believed that his father would’ve killed his uncle had his mother not stepped in. Desmond vowed that would be the last time he touched a gun.

Did Desmond’s fellow soldiers really call him a coward, beat him, pick on him, etc.?

Yes. His sister talked exclusively about her brother’s troubles during the war in The Conscientious Objector Documentary. “He knew he was gonna have difficulty,” his sister Audrey said, “because he doesn’t use a gun.” After making the decision to volunteer, he went to South Carolina to join the 77th Division and begin his basic training at Fort Jackson. The army initially refused his request to be a medic, and assigned him to a rifle company, assuming that peer pressure and intimidation of his fellow men would force him to handle a weapon. His fellow soldiers were less than welcoming. They regarded him as nothing more than a pest and a coward. They didn’t trust him, and many thought he would be better off dead rather than fighting beside them. “One fella, he told me, ‘I swear to God Doss, you go into combat, I gonna shoot you.” There was no evidence of Doss ever being dragged out of his bed and beaten like what was portrayed in the film, however, his colleagues’ temperament left a bit to be desired.

Did Desmond always have a desire to help people? Even before joining the army?

In The Conscientious Objector Documentary, his brother Harold talked about his selfless actions as a young man as well. “He was always helpful to people,” Harold recalled. His brother also recalled Desmond going the extra mile to aid a boy in a car accident, as depicted in the movie. However, in the film, Gibson tells the story of a young man in a car accident and Desmond driving him to the hospital himself, and that’s where he met his real-life wife Dorothy Schuette. However, the real Desmond Doss did not meet Schuette at Lynchburg Hospital; they actually met at church. Dorothy Schuette didn’t become a nurse until after Doss returned from war when the injuries he sustained left him 90% disabled.

Did Desmond’s officers actually try and have him discharged?

As Desmond’s officers became less and less tolerant of his increasing religious needs, they convened a meeting to have him discharged on a Section 8 mental instability. The Captian Jack Glover, played by Sam Worthington in the movie, attempted to have him transferred out of his battalion. Not portrayed in the movie, there was a moment when Sergeant Howell came into Doss’s tent and told him to pack up his medical kits because he was no longer a medic. Their opinions of Doss changed drastically when, during a bloody battle, Doss saved both of their lives.

Did an officer threaten to court-martial Doss for refusing to touch a rifle?

Yes, but things didn’t escalate as far as they do in the movie. An officer by the name of Captain Cunningham got into an argument with Desmond and said that only men who had completed their rifle training were allowed passes into the city. After Desmond told him that he wasn’t required to touch a rifle and that it was written in his file, Cunningham tried to humiliate him by forcing a rifle in his hands in front of the rest of his crew. He told Doss that if he didn’t take the rifle, he’d be court-martialed. Doss let the rifle fall to the ground. Just as he was being told that he was going to be court-martialed, hesitant support arose from one crew member. Doss ended up not being court-martialed then, but he was not allowed to see his wife or his brother Harold.

Did he ever compromise and touch a rifle?

While he faced an incredible amount of pressure from his colleagues and superiors, Doss never once touched or fired a rifle. “I knew if I ever once compromised, I was gonna be in trouble,” said Desmond, “because if you can compromise once, you can compromise again.”  Like portrayed in the movie, he was allowed to serve in the army without ever obtaining his rifle training.

Was the real Desmond Doss struck by an enemy sniper?

He was. Mel Gibson elected to leave this out of the movie because he felt the audience would find the heroic circumstances under which it happened hard to believe, especially right after Desmond had taken the brunt of a hand grenade to save his fellow soldiers. After he was hit and was left with 17 pieces of shrapnel embedded in his legs, Doss waited for 5 hours until a fellow soldier was able to reach him. Doss was carried on a litter (stretcher) through intense enemy fire. As they were moving him, Doss spotted another soldier badly wounded. He rolled off of the stretcher and went to patch him up. He gave his stretcher to the man. As he was waiting for his crew to return, he was hit again, this time by a sniper bullet that shattered his left arm. From there, he crawled the remaining 300 yards under intense enemy fire to the aid station. 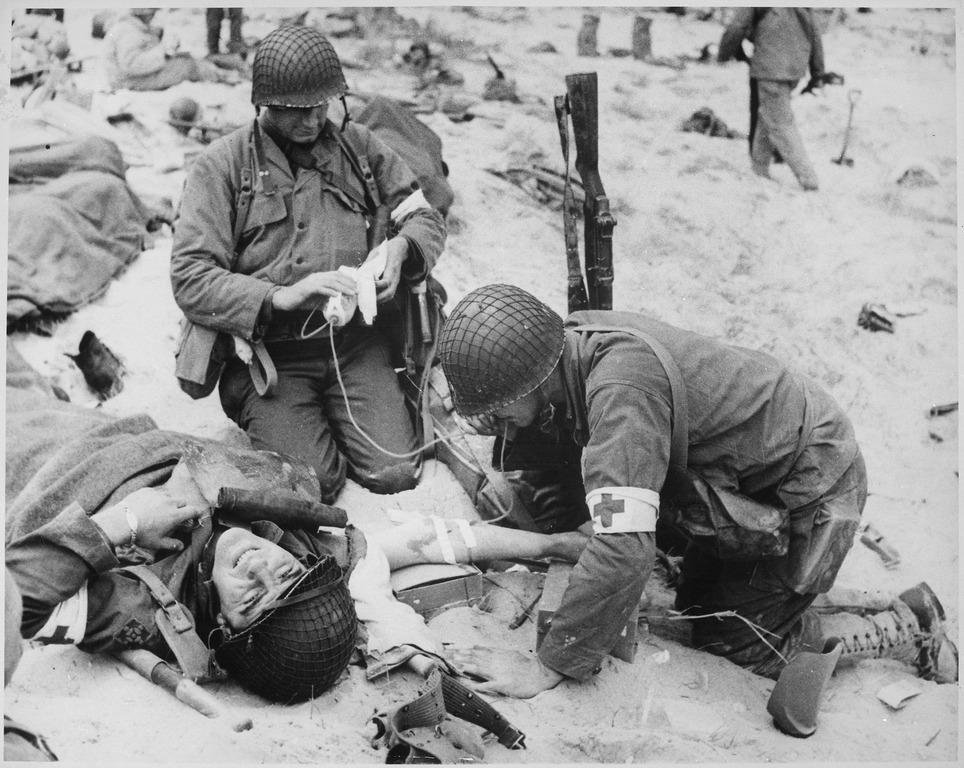 Did Desmond really stay on the ridge overnight?

Yes. Facing heavy enemy fire, most of his battalion retreated down the ridge, leaving many to face death or capture by the Japanese.  “I had these men up there and I shouldn’t leave ’em,” said Desmond. “They were my buddies, some of the men had families, and they trust me. I didn’t feel like I should value my life above my buddy’s, so I decided to stay with them and take care of as many of them as I could. I didn’t know how I was gonna do it.” Like portrayed in the movie, Desmond located his men one by one and lowered them down the ridge using a tie that he learned in boot camp. He also attended to wounded Japanese soldiers.

Did an enemy soldier’s gun keep jamming when he had Doss in his sights?

Though not depicted in the movie, there was a point where Desmond was lowering men down the escarpment when a Japanese soldier came from over a hill and had Desmond clearly in his shot. Trying to fire multiple times, the Japanese soldier’s gun jammed every time, and Doss was able to lower himself and the other soldier down the ridge. 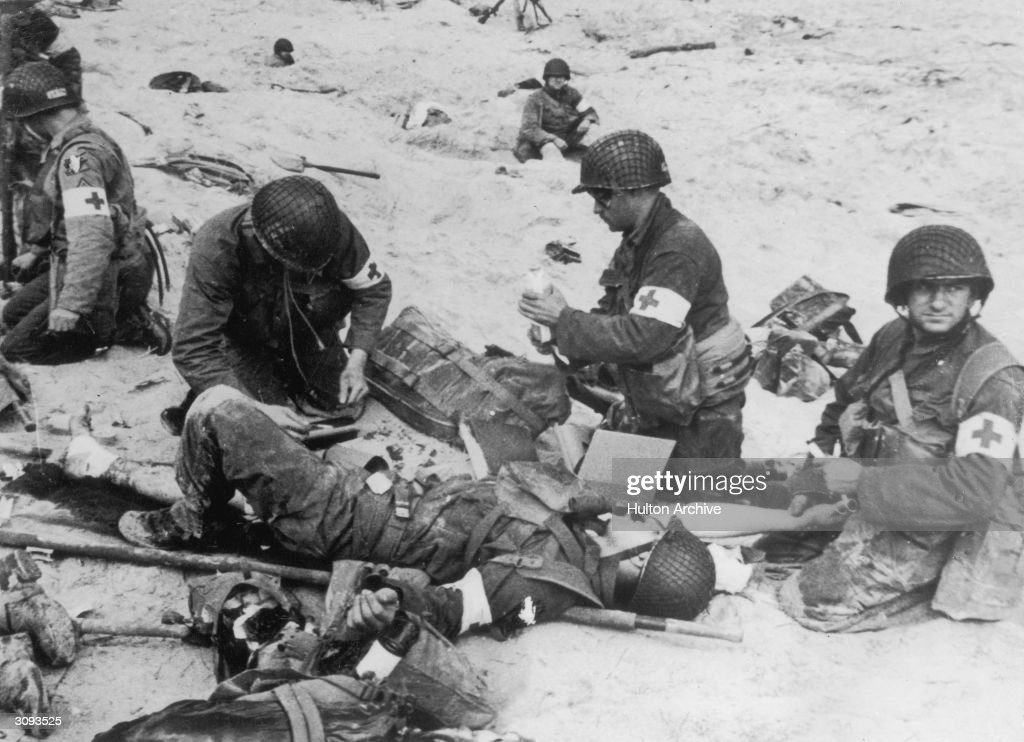 Was Doss really nearly blown up by a hand grenade?

Yes. On the evening of May 21, 1945, Desmond’s unit inadvertently walked in on a group of Japanese soldiers. The units engaged in hand-to-hand combat as Doss treated the wounded. Unbeknownst to the rest of his crew, the Japanese had begun to throw hand grenades. “They begin to throw these hand grenades,” recalled Desmond. “I saw it comin’. There was three other men in the hole with me. They were on the lower side, but I was on the other side lookin’ when they threw the thing. I knew there was no way I could get at it. So I just quickly took my left foot and threw it back to where I thought the grenade might be, and throw my head and helmet to the ground. And not more than half a second later, I felt like I was sailin’ through the air. I was seein’ stars I wasn’t supposed to be seein’, and I knew my legs and body were blown up.” The blast left 17 pieces of shrapnel embedded in Doss’s body, mostly in his legs.

Did he really lose his Bible during battle?

Yes, though not quite in the way the movie portrayed it. In the film, Desmond had just been hit by the hand grenade and was being transported off the ridge when he realized that his Bible was no longer in his front pocket. Barely lucid from the pain of his injuries, Desmond cried out for his Bible. The officer heard Doss’s cries and went to find it, its pages stained from the bloody battle. Desmond did not leave the ridge without his Bible. In real life, however, Desmond had made it to the hospital ship Mercy before noticing that it was missing. Company B caught wind that it was missing and risked their lives to find it for Desmond, which they did.

What did he do after the war?

Doss’s wounds acquired in the war left him 90% disabled. He spent five and a half years in and out of VA hospitals, and was discharged in August of 1951. He lost five ribs and one lung due to tuberculosis he had contracted on one of his earlier missions that was only made worse by Okinawa. The military treated him with antibiotics, which they believed had made him completely deaf by 1976. He received a cochlear implant in 1988. To help supplement their income, his wife had to work full-time as a nurse.

This movie was a tear-jerker. Although it doesn’t hold much weight, I cried for 2 hours as I watched it (and no, it wasn’t just because of Andrew Garfield.) Doss’s actions were remarkable and will never be forgotten. This was a man who transcended war. He didn’t see an enemy.  It is not often that we come across a movie that is so moving and inspiring. This is a story that can better us all.