“We the people” have figured out that the republican Donald Trump and his team are not big on research and vetting of nominees for cabinet or other important staff. That explains how we originally ended up with General Mike Flynn as the president’s national security adviser who had failed to reveal as required, his ties to foreign governments.

Because of the opioid crisis, the president appointed a drug czar nominee, Congress representative Tom Marino (R-PA) who just happened to have pushed a bill that made it harder for the government to take enforcement actions against giant drug companies which oversold these drugs.

UPDATE ON MORNING OF 10/17/17: News reports indicate that Rep. Tom Marino (R-PA) has withdrawn his name to be president’s drug czar.

“President Trump said “we’re going to be looking into” a report about his drug czar nominee Rep. Tom Marino (R-Pa.) in the wake of a Washington Post/”60 Minutes” investigation that found the lawmaker helped steer legislation that made it harder for the government to take some enforcement actions against giant drug companies which oversold these drugs.”

“He was a very early supporter of mine from the great state of Pennsylvania. He’s a great guy, I did see the report, we’re going to look into the report,” Trump told reporters when asked about whether he still supports Marino to lead the Office of National Drug Control Policy.

Trump also said he would have a “major announcement probably next week” about how his administration plans to tackle opioid addiction in the United States, a “massive problem”that he wants to get “absolutely right.”

“This country and frankly the world has a drug problem,” Trump said. “We’re going to do something about it.”

“Trump’s comments came as congressional Democrats reacted sharply to the report that Marino helped guide the legislation that sailed through Congress last year with virtually no opposition.”

“Marino, Trump said, is “a good man, I have not spoken to him, but I will speak to him and I will make that determination.” If Marino’s work was detrimental to Trump’s goal of combating opioid addiction, “I will make a change,” Trump said.”

Asked by a reporter whether he would be declaring the opioid epidemic a national emergency, Trump said, “We’re going to be doing that next week.”

“That is a very big statement. It’s a very important step and to get to that step a lot of work has to be done and it’s time-consuming work. We’re going to be doing that next week,” he said.”

“Earlier Monday (10/16/17), Sen. Joe Manchin III (D-W.Va.) said he was “horrified” to read details of an investigation by The Washington Post and “60 Minutes” that detailed how a targeted lobbying effort helped weaken the Drug Enforcement Administration’s ability to go after drug distributors, even as opioid-related deaths continue to rise. He called on Trump to withdraw Marino’s nomination.”

Manchin added in an interview that he’s not attacking Marino’s motives or character, but that “there’s no way that in having the title of the drug czar that you’ll be taken seriously or effectively by anyone in West Virginia and the communities that have been affected by this knowing that you were involved in something that had this type of effect.”

Marino was first floated as a potential drug czar last spring, but withdrew from consideration, citing a family illness. But the White House formally nominated him for the post in September. The Senate Judiciary Committee has yet to set a date for his confirmation hearing. Committee aides did not immediately return requests for comment on plans for a hearing. Ultimately, Marino could be confirmed by the Senate with a simple majority vote.”

In a separate letter to Trump, Manchin said that more than 700 West Virginians died of opioid overdoses last year. “No state in the nation has been harder hit than mine,” he wrote.

“Sen. Claire McCaskill (D-Mo.) also said Monday that she would introduce legislation that would repeal the Ensuring Patient Access and Effective Drug Enforcement Act of 2016. The law, she said, “has significantly affected the government’s ability to crack down on opioid distributors that are failing to meet their obligations and endangering our communities.”

“McCaskill, as the top Democrat on the Homeland Security and Governmental Affairs Committee, has used her perch to probe opioid manufacturers and is pushing them for sales and marketing materials, studies of potential addictions and whether the firms are donating to third-party advocacy groups that champion their work.”

“As of Monday afternoon, no Republican lawmaker had announced their opposition to Marino’s legislation or plans to either sponsor McCaskill’s bill or introduce something similar.”

“Manchin and McCaskill face reelection next year in rural states that Trump won last year. Despite their concerns, neither opposed the legislation when it passed in the Senate last year by unanimous consent. McCaskill was away from Congress for three months last year being treated for breast cancer when the bill was approved.”

“Manchin said in the interview that his aides responsible for tracking drug policy had raised concerns about Marino’s legislation as it worked its way through Congress last year.”

They had questions and they had concerns from the beginning but they were laid to rest by the DEA. We’re going to find out how that could happen and why,” Manchin said.

“As an alternative to Marino, Manchin suggested that Trump consider nominating Joseph T. Rannazzisi to serve as drug czar. Rannazzisi ran the DEA’s division responsible for regulating the drug industry and led a decade-long campaign of aggressive enforcement until he was forced out of the agency in 2015.”

“Fallout from the investigation also has spread to electoral politics. Rep. Marsha Blackburn (R-Tenn.), who is running for Senate in a state that has been hit hard by the opioid crisis, is also fielding attacks for being a lead sponsor of Marino’s bill.”

“James Mackler, the Senate race’s Democratic front-runner, criticized Blackburn over her involvement, saying in a statement late Sunday, “I’m running for U.S. Senate because Tennesseans need a senator that will stand up for them rather than catering to special interests and corporate lobbyists.”

“In April 2016, a handful of members of Congress, allied with the nation’s major drug distributors, prevailed upon the DEA and the Justice Department to agree to the more industry-friendly law, undermining efforts to stanch the flow of pain pills, according to the Post/“60 Minutes” investigation. The DEA had opposed the effort for years.”

“The law was the crowning achievement of a multifaceted campaign by the drug industry to weaken aggressive DEA enforcement efforts against drug distribution companies that were supplying corrupt doctors and pharmacists who peddled narcotics to the black market. The industry worked behind the scenes with lobbyists and key members of Congress, pouring more than $1 million into their election campaigns.”

“The chief advocate of the law that hobbled the DEA was Marino, who spent years trying to move it through Congress. It passed after Sen. Orrin G. Hatch (R-Utah) negotiated a final version with the DEA.”

“Besides the sponsors and co-sponsors of the bill, few lawmakers knew the true impact the law would have. The White House was equally unaware of the bill’s import when President Barack Obama signed it into law, according to interviews with former senior administration officials.” 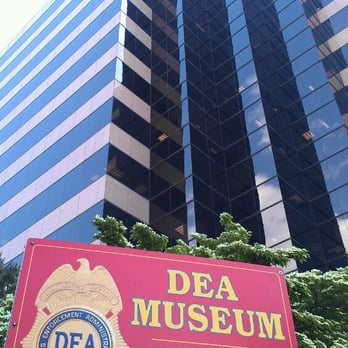 “Neither the DEA nor the Justice Department informed OMB (White House Office of Management and Budget) about the policy change in the bill,” a former senior OMB official with knowledge of the issue said recently. The official spoke on the condition of anonymity because of the sensitivity of internal White House deliberations.”

“The DEA and the Justice Department have denied or delayed more than a dozen requests filed by The Post and “60 Minutes” under the Freedom of Information Act for public records that might shed additional light on the matter. Some of those requests have been pending for nearly 18 months. The Post is now suing the Justice Department in federal court for some of those records.” “A former employee of the Drug Enforcement Administration (DEA) said in a new interview on (10/15/17) that efforts to stem the growing opioid epidemic in the U.S. were derailed by pressure from large pharmaceutical companies and Congress.”

“Joe Rannazzisi told CBS’s “60 Minutes” that major distributors, including Cardinal Health, McKesson and AmerisourceBergen, allowed drugs to be obtained by rogue pharmacies and pain clinics, which then prescribed them to Americans “who had no legitimate need for those drugs.”

“As the opioid epidemic grew steadily worse, Rannazzisi, who at the time was the head of the DEA’s Office of Diversion Control, said he helped launch a crackdown on the companies, which included slapping heavy fines on them.”

“But Rannazzisi said the drug industry used money and influence to pressure lawyers at the Department of Justice, which oversees the DEA, to go easy on the companies.”

“The former DEA agent said superiors called him to have him explain his tactics. “And it infuriated me that I was over there, trying to explain what my motives were or why I was going after these corporations?” Rannazzisi said in the interview.”

“Rannazzisi’s efforts were further complicated in 2013, when a new piece of legislation, written by former DEA employee Linden Barber and backed by the drug industry, began making its way through Congress.”

“According to the “60 Minutes” report, the bill, introduced in the House by Rep. Tom Marino (R-Pa.) and Rep. Marsha Blackburn (R-Tenn.), stripped the DEA of its power to freeze shipments of suspicious narcotics — an essential tool used by the DEA to combat the spread of opioids.”

“Rannazzisi, who publicly opposed the bill, drew the ire of Marino and Blackburn, who called on DOJ to investigate him for trying to “intimidate the US Congress,” according to “60 Minutes.”

“Rannazzisi was eventually stripped of his responsibilities and resigned, according to the report.”

“We were totally focused on all these people dying and all these drugs being diverted. And — and we were not really looking at our flanks, waiting for someone to come after us. So maybe that was my fault,” Rannazzisi said in the interview.”